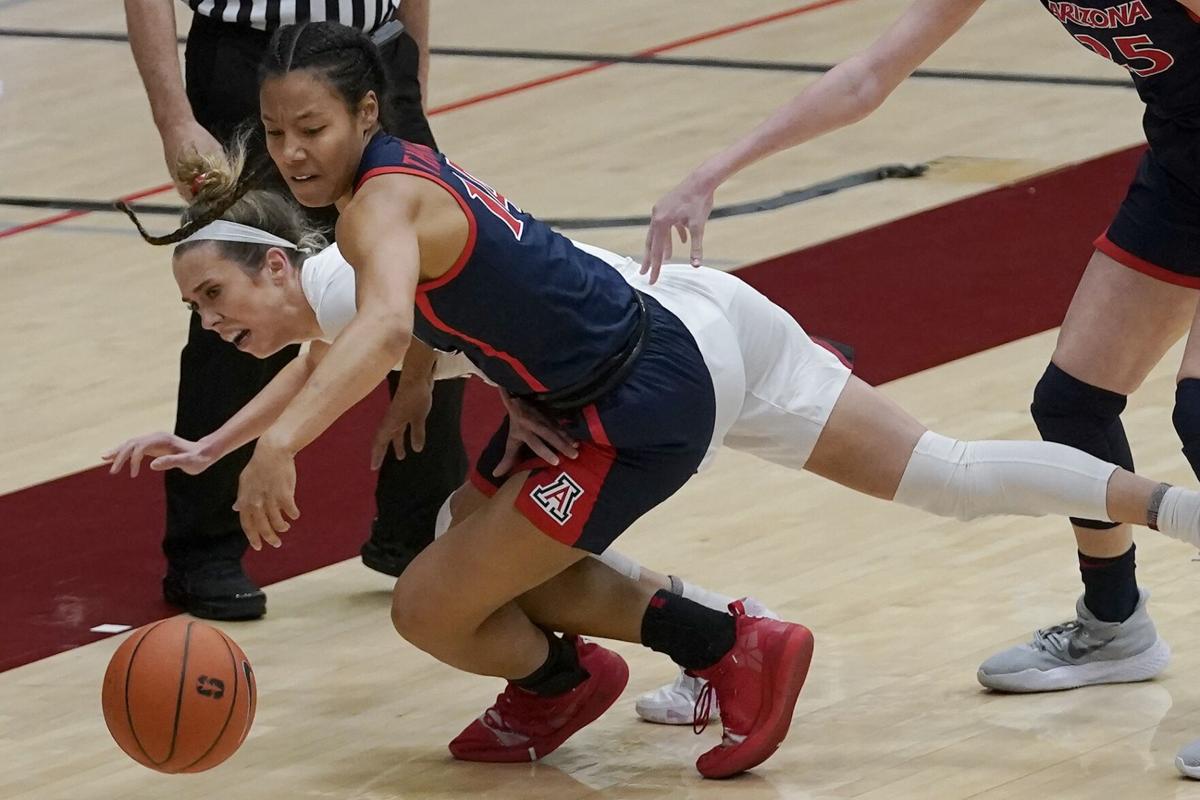 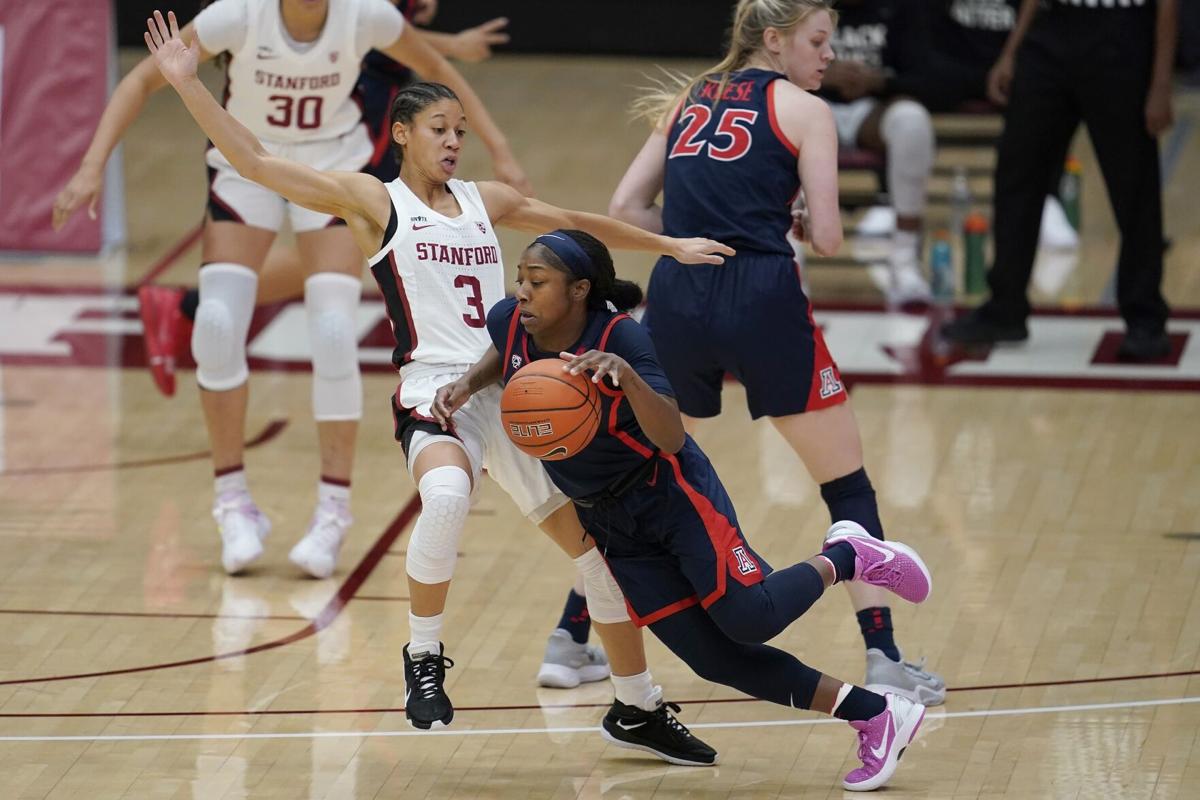 By Janie McCauley The Associated Press

STANFORD, Calif. — Stanford spent two months on the road this season because of local health department restrictions on sports — a major reason why winning the Pac-12 Conference title was deeply meaningful for Hall of Fame coach Tara VanDerveer's team.

Among the many championships on VanDerveer's resume, this was one of the most special.

“I'm glad I was wearing my mask. I have to say I get a little emotional because it's such a great thing that this team has accomplished,” VanDerveer said. “But not only that, it's how they have been as teammates, how they have been mature. It's been amazing, so you want good things for people who are like that. I'm really proud of the leadership of our team. I'm really proud of the sisterhood. They really care about each other, the unselfishness. And I told our team that. There's not a team I've wanted it so badly for with this team.”

Lexie Hull added 16 points and nine rebounds for the Cardinal (21-2, 18-2 Pac-12), who won their 10th straight game to capture the program's first league title since 2014. Oregon won the past three.

“I think for all of us it means so much. The two months we were on the road we were around each other and that was it. We really grew closer and we were a family, and we still are,” Hull said. “We care for each other so much that winning something like this means a lot to us.”

“She did hit her little pull-up, but we were willing to live with that,” VanDerveer said.

The Wildcats (15-3, 13-3) went more than four minutes without scoring late in the first half, missing five straight field goals during one stretch and 10 of 11 as they finished the half shooting 29% (8 for 28).

“They made Aari really work to take pull-up jumpers, which is a really hard shot with congestion. It wasn’t easy,” Arizona coach Adia Barnes said. “We need some other productivity. They made us pay for the little mistakes. We didn’t think we played our best game. They make you do that. They make you play ugly.”

Arizona's second seven-game winning streak of the season ended just like the first one, with a loss to Stanford. The Wildcats were 7-0 before they took a lopsided loss at home to the Cardinal on Jan. 1.

“We’ve got to get better, work on the little things, go back and watch film,” McDonald said. “There’s a lot of basketball left to be played.”

Haley Jones had 13 points, eight rebounds and two steals for Stanford but also committed seven of her team's 16 turnovers.

Stanford began 5 for 14 to 4 of 13 by Arizona as the teams were tied at 13 after one quarter. Only six free throws were shot in the first half, the Wildcats going 4 for 4 and Stanford 0 for 2.

“We have a great conference and we're really proud of winning our regular season," VanDerveer said. “Now we want to go to Las Vegas and win the tournament.”

Arizona: The Wildcats surrendered 24 points in the paint to Stanford. ... Arizona had won five of its last eight against Top-10 opponents and six of nine against Top-25 competition. ... McDonald has scored in double figures in 84 consecutive games, longest active streak in the country. ... The Wildcats suffered just their 10th defeat in the last 55 games.

Stanford: Freshman F Cameron Brink fouled out with 2:16 left, contributing 10 points and seven rebounds. ... Stanford has not lost at home to the Wildcats since a 68-65 defeat on Jan. 6, 2001. ... The Cardinal are 5-1 against ranked opponents this season. ... Stanford secured the No. 1 seed and a bye in the Pac-12 Tournament. ... The Cardinal shot 57.9% against Arizona State on Friday — their highest percentage of the season — then followed that up by shooting 36% on Monday.

Arizona: Closes out the regular season at rival Arizona State on Sunday.

Stanford: Hosts California on Sunday to conclude the regular-season slate.

Teams were originally supposed to meet in Eugene on Jan. 16 before Oregon had to postpone game due to COVID-19 issues.

Warriors, led by top scorer Armari Carraway, are off to 9-1 start.

By the numbers: How Stanford beat Arizona Wildcats for second time this season

Explaining how the Cardinal was able to defeat UofA by 14 at Maples Pavilion to win the Pac-12 regular-season crown.