US expels Russian diplomats, imposes new round of sanctions

Arizona moved quickly toward replacing Sean Miller on Thursday, posting the opening it created by firing him a day earlier. As it did, the Wildcats were already in danger of losing their fall recruiting class.

The director of K.J. Simpson’s club program, Ryan Silver, tweeted that the Los Angeles guard is “expected to get his release soon” from Arizona, while the high school coach of guard Shane Nowell indicated the Seattle-area prospect has put his future plans on hold.

“He’s waiting to see if anything is decided in the next week or two,” Merritt said. “Hasn’t decided yet.”

Bryan Cantwell, who coaches Simpson at Chaminade High School in the San Fernando Valley, said Thursday afternoon that Simpson had not heard from any Arizona coaches and was trying to gather information about his situation if he stays with the Wildcats.

“He was looking forward to playing for Coach Miller and (assistant coach) Danny Peters, so it’s disappointing,” Cantwell said. “But we have to let it settle in. We’ve been talking all day and just discussing and I’ve called other people just to get information on what are the pros and cons of decommitting or staying.”

Cantwell said he’s had a lot of players sign with colleges during his long coaching career. He’s never had a player’s prospective coach get fired, making it trickier to advise Simpson.

“Will he have a relationship when the new coach comes? Will they like each other? Who knows? Right now it’s all premature, so that’s why it’s gonna take a few days to process this.”

However, Silver said he thought highly of and had a great relationships with both Gonzaga assistant coach Tommy Lloyd and Pacific coach Damon Stoudamire, the two most strongly speculated names to replace Miller. Silver said Lloyd’s son also attended some of his camps.

Meanwhile, the current UA players who have not already elected to transfer will need re-recruiting.

No current UA player has responded to messages from the Star seeking comment, though several of them showed support for Miller on social media. Guard James Akinjo has already announced he is testing the NBA Draft waters, and while he was expected to return under Miller, it’s unknown if a new coach would change his thinking.

Freshman forward Benn Mathurin has already generated NBA Draft buzz, while European freshmen Kerr Kriisa and Azuolas Tubelis are marketable to pro teams in or around their countries.

Coaching experience not required, per UA

While Heeke said a candidate wouldn’t necessarily need head coaching experience, the job posting said only that “playing and/or coaching” at a competitive level is a minimum qualification. Under its “preferred” qualifications, however, UA listed college coaching and also Division I coaching.

A bachelor’s degree, knowledge of NCAA rules and ability to work a “flexible schedule” were also listed as minimum requirements.

Along with coaching, recruiting and scouting, the duties listed included following all NCAA, Pac-12 and UA procedures, being a “public relations contact,” and ensuring “academic assistance and monitoring.”

One of the NCAA Level I charges against Arizona included multiple allegations of academic misconduct by former staffers Mark Phelps and Book Richardson.

Saying it was an honor to be Arizona’s head men’s basketball coach for the past 12 seasons, Miller thanked fans, UA staffers and family in a statement his former program posted to Twitter on Thursday.

Miller said coaching games at McKale Center will be one of the things he misses the most.

“The pageantry and magic of the crowd and pep band is unlike any arena I’ve been in,” Miller said. “Wildcat fans are unique. They are passionate, loyal, knowledgeable and fair, and that’s why they are the best fan base in college basketball.”

In conclusion, Miller said: “I wish Arizona the very best as they move forward with their new head coach. My hope is that they can capture that elusive fifth Final Four and second national championship.”

Boosters Jeff and Sharon Stevens have their names on UA’s Lowell-Stevens Football Facility, but — as the Spokane Spokesman-Review noted in a story about Lloyd on Thursday — they also have a strong connection to Gonzaga.

They were major supporters of the Stevens Center, a state-of-the-art indoor tennis and golf facility on Gonzaga’s campus. Their son, Colin, was a three-year manager for the Zags before graduating in 2013.

As of Thursday afternoon, the Spokesman-Review’s story, headlined “Gonzaga assistant Tommy Lloyd considered one of top candidates for Arizona coaching job” was listed at the top of its most-read stories list.

In the story, the Spokesman-Review also quoted Gonzaga AD Mike Roth saying of Lloyd that “we’ll continue to do our best to let him know this is where we want him to be a head coach someday when the time comes and we want him between now and then to help us be one of, if not the best, basketball programs in the country.”

Erik Hood, the uncle of former Wildcat standout Rondae Hollis-Jefferson and director of the Team RHJ club, has been hired to coach the second national team at AZ Compass Prep. The first team finished with a No. 2 national ranking by MaxPreps.com.

Hood said he is also conducting tryouts Friday for TeamRHJ as part of his efforts to expand that club from its Phoenix base.

Where can Robert C. Robbins and Dave Heeke turn? Early speculation focuses on these names:

Ultimately, it was no longer politically expedient for UA president Robert C. Robbins to support a coach who had lost his magic and placed the school’s integrity in question.

A week to forget: Hobbled D-backs try to overcome adversity

Injuries and slow start make for a rough start to 2021 season for Diamondbacks.

Derrick Williams says "real Arizona fans" remember the rough start of the Miller era in 2009-10 and what happened afterward.

Because Warriors coach Steve Kerr has been in a pretty good spot for a while now, he's not even really being listed as a possible candidate to…

The Gonzaga assistant coach has been in Spokane.

Six weeks have passed since the Wildcats' season ended.

The forward from Paris never played in a game despite being healthy over the last month of the season. 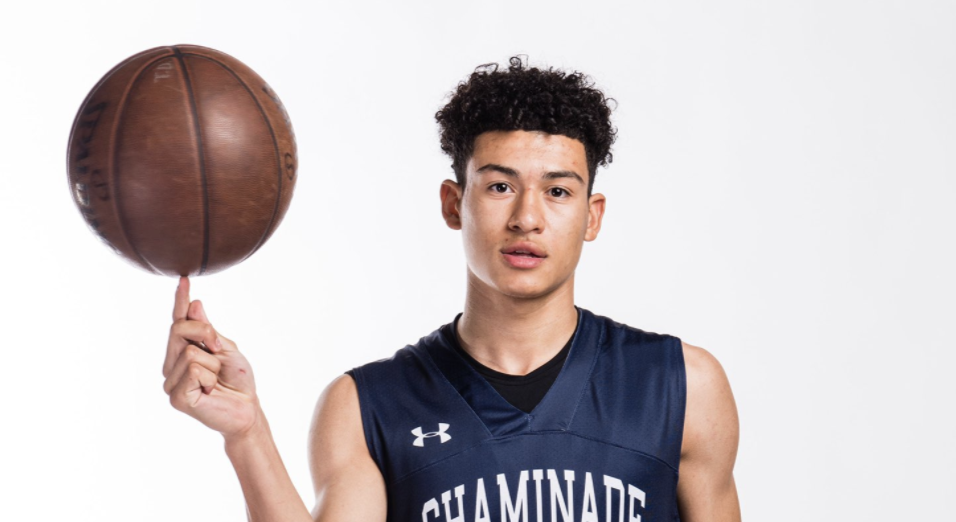 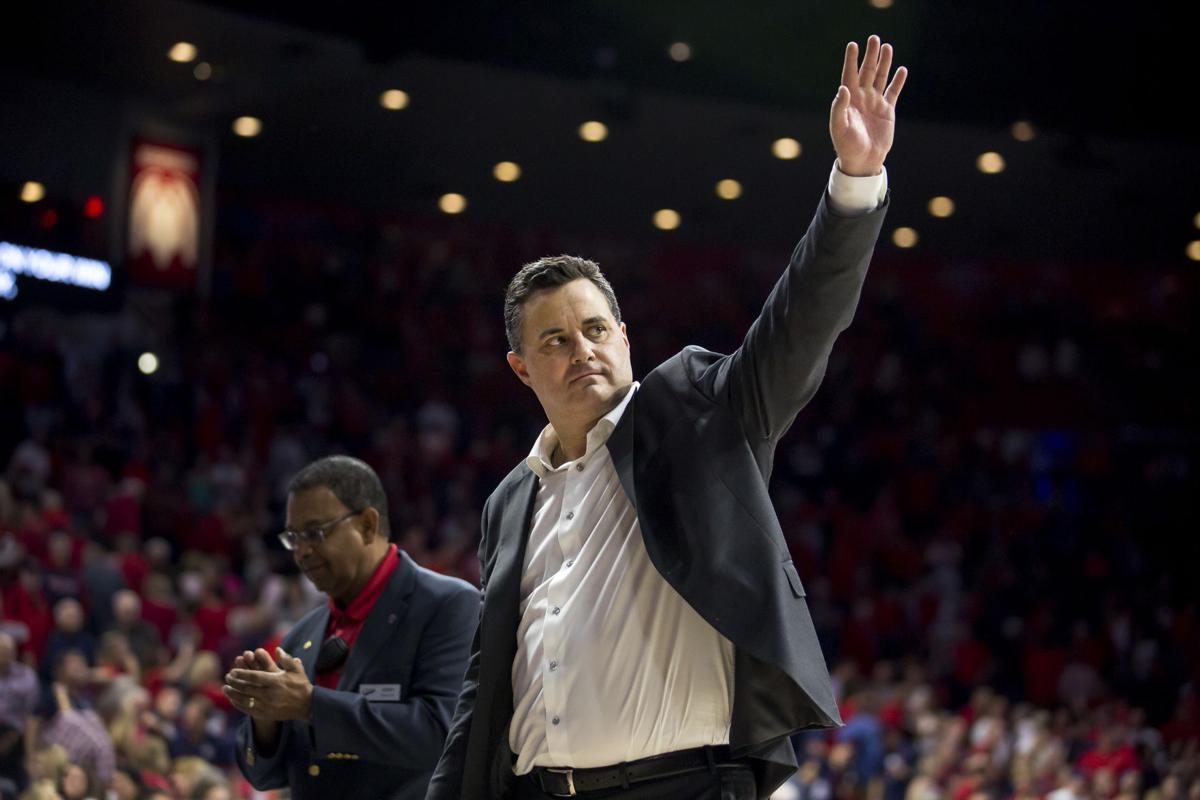 Sean Miller thanked fans, UA staffers and families in a statement posted to Twitter on Thursday.