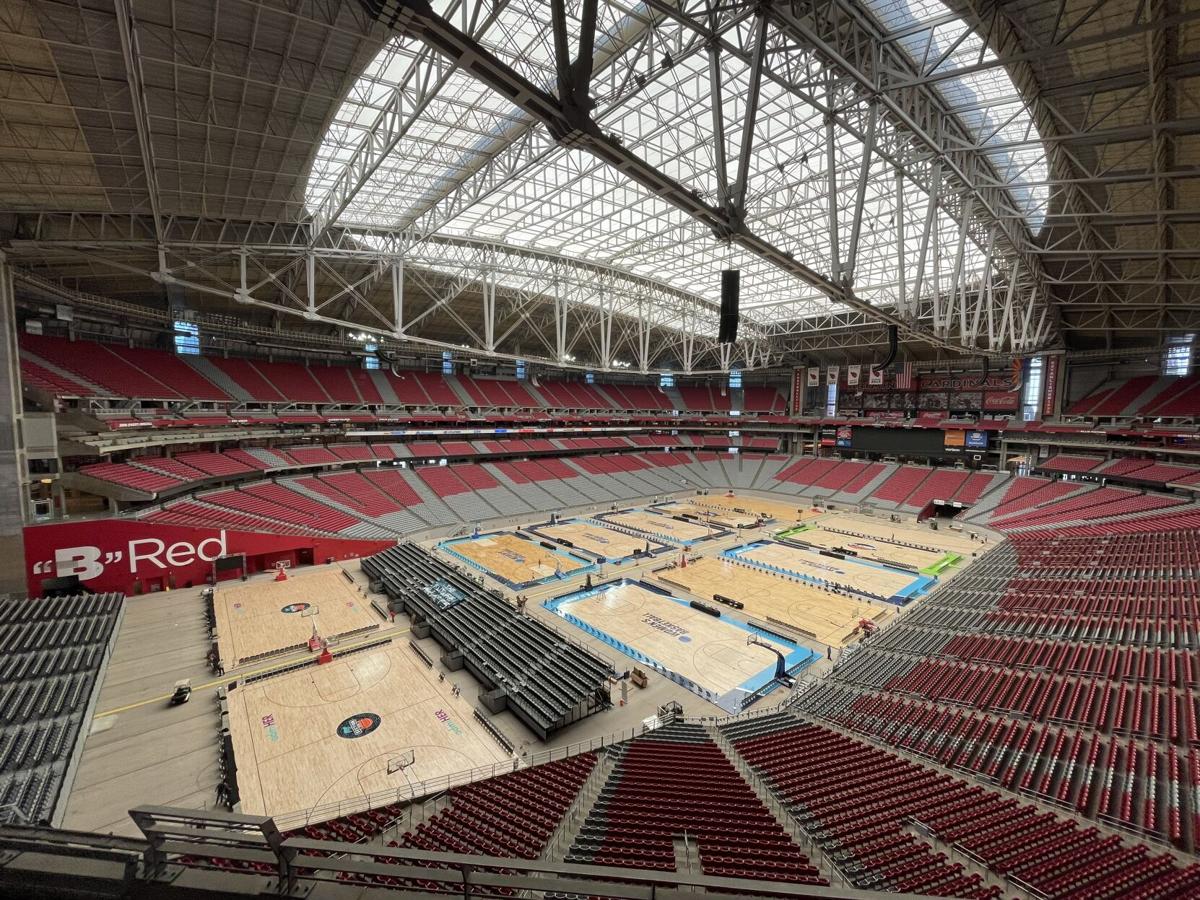 A look at the court setup for the Section 7 event at State Farm Stadium in Glendale this weekend. 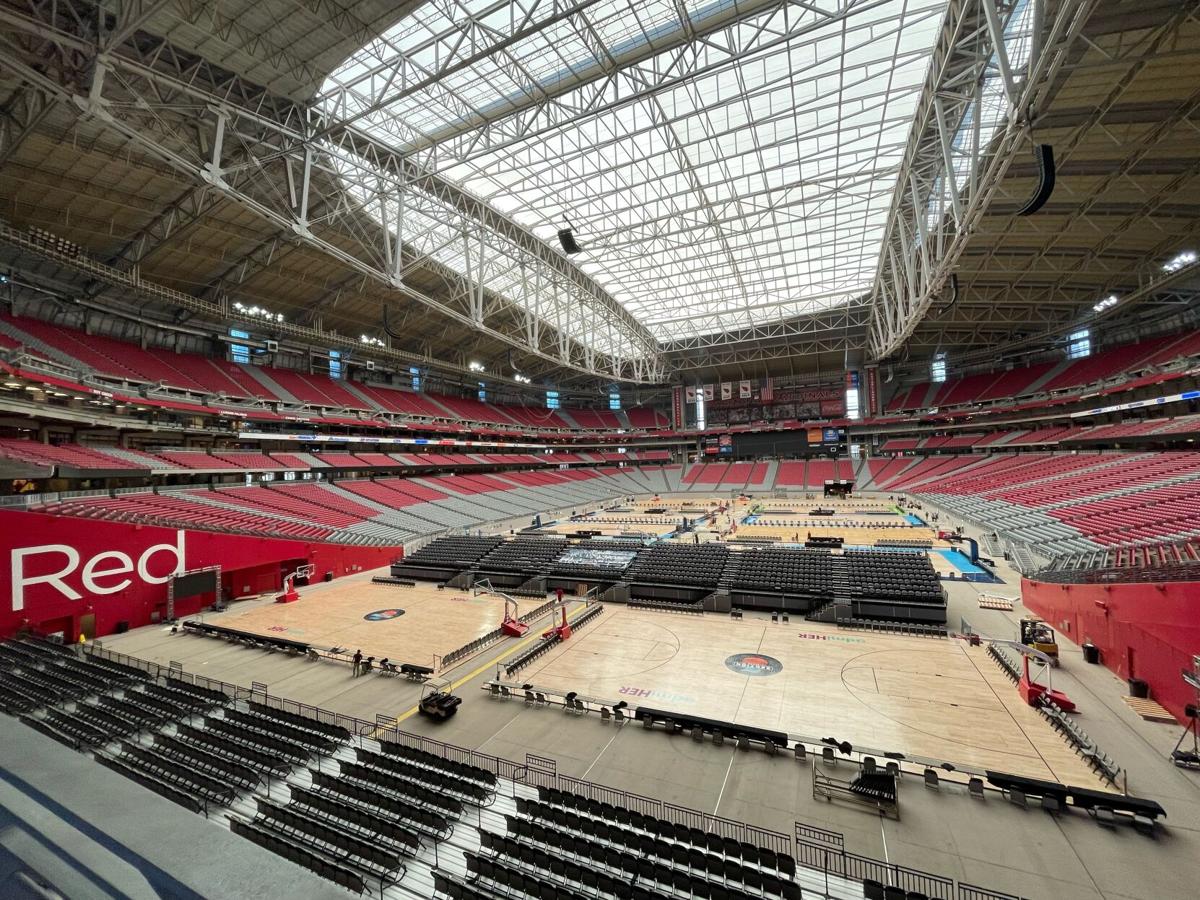 Not only will the Section 7 high school basketball event allow players to showcase themselves at Glendale's State Farm Stadium this weekend, but it will also make things a lot easier on coaches and spectators.

All players will be on one of 12 floors inside the Cardinals' home, with the teams who have top prospects generally scheduled to play on two marquee courts, instead of having everybody scattered at high schools all over the Phoenix area as they were in 2019.

Canceled because of COVID-19 last season, Section 7 is a  "scholastic" (i.e. non-club) event that debuted in 2019 as a product of the commission the NCAA formed in response to the federal investigation into college basketball. Club-type high school teams are not invited.

While UA coach Tommy Lloyd is expected to be busy hosting five-star point guard Jaden Bradley this weekend -- Bradley is finishing up a visit to North Carolina this week -- the Wildcats are expected to have coaches attending all three days of the Section 7 event.

Lloyd may be more likely to attend the Section 7 "finals" (for teams that succeed this weekend, and others who can't play this weekend because of playoffs in their home states), which will be played June 25-27 at Brophy Prep.

There are 192 teams scheduled to play at State Farm Stadium this weekend, including 16 girls teams. Tickets are $15 per day or $30 for the weekend and all the teams, brackets and schedules are posted to the Arizona Basketball Coaches Association's app.

Other players UA staff might be watching this weekend include:

Tru Washington, 6-3 point guard from class of 2023 at Mountain Pointe. First game: Friday at 8:30 vs Mater Dei of California.

Why are the Cowboys favored to win the divison?

Assistant TJ Benson will assume an interim recruiting role for the Wildcats.

The NCAA is investigating whether ASU hosted high school athletes during the COVID-19 dead period, and potentially committed other recruiting violations, as first reported by The Athletic.

A look at the court setup for the Section 7 event at State Farm Stadium in Glendale this weekend.