An NCAA investigation into the University of Arizona men’s basketball program is underway, school officials confirmed to the Star on Friday.

Arizona had not previously confirmed that the program was being investigated. However, Yahoo quoted unnamed sources on Feb. 4 saying that investigations had begun at the UA and other schools.

Less than a month after Book Richardson was arrested and the federal college basketball investigation became public in September 2017, the Star filed a public records request asking for any letter of inquiry or notice of investigation sent by the NCAA.

The UA responded on Feb. 6 of this year, saying there were no such records. It responded again Friday, saying it would not release communication records with the NCAA because “investigations into the University of Arizona men’s basketball program are ongoing at this time.”

When asked to clarify if the reference to "investigations" included one from the NCAA, university spokesman Chris Sigurdson later said in an email on Friday that "there is an NCAA investigation underway."

UA issued a statement Saturday refuting other reports published Saturday that might have implied the investigation was new.

"We will continue to cooperate fully with any NCAA proceedings in the best interest of the university and the men’s basketball program," UA said.

Of course, by now, it’s of little surprise. The only question was how long the NCAA would wait to start folding evidence from the federal investigation and trials into its own investigation.

New NCAA rules changes last August give its enforcement staff the ability to directly import outside evidence, meaning Book Richardson’s guilty plea to a bribery charge will likely be acted on.

If UA coach Sean Miller is not directly found to have broken NCAA rules, he could be subject to discipline under NCAA bylaw 11.1.1.1, which states head coaches are responsible for the actions of their direct and indirect reports unless they can rebut the presumption of responsibility by proving they actively monitored their reports in an effort to abide by NCAA rules.

Arizona could also be forced to vacate wins and/or its NCAA Tournament appearance in 2017-18 if the NCAA proves any of the several allegations that players from that team improperly accepted money.

Arizona has been in contact with another guard, Kentucky transfer Jemarl Baker. The Wildcats have no open scholarships and a lot of guards for 2019-20, but additional roster turnover is still possible.

Washington's Jaylen Nowell and Matisse Thybulle were both invited to the NBA combine, suggesting Nowell is more likely to leave Washington early (though he already has said he's "all-in" with leaving for the NBA).

The sophomore has until May 29 to return to school if he wants, but UA will have to make room if so.

Letter: Re: the May 4. article “Arizona confirms NCAA investigation into men's basketball program 'is underway'”

I fully agree with SI that Arizona should NOT rush to judgment wit Sean Miller. SI’s reasoning and the University’s thorough investigation sup… 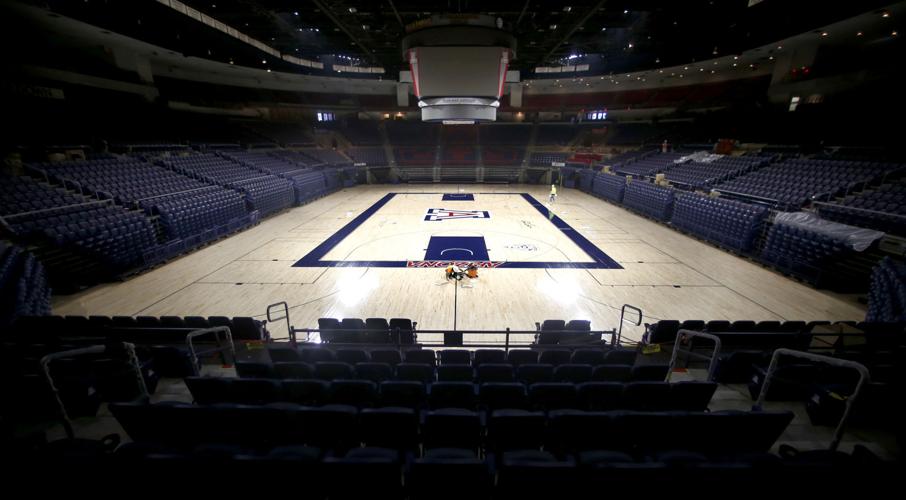 NCAA investigators can now use information gathered by the FBI as it pursues sanctions. 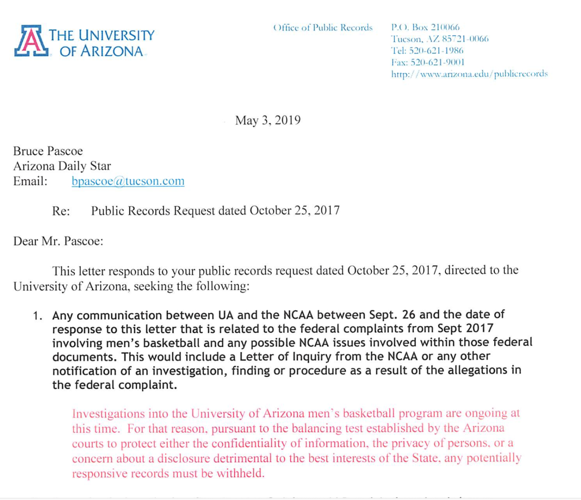