Arizona freshman wing Josh Green returned from a lower back injury and started Thursday against Washington State, but reserve guard Max Hazzard sat out again for what UA termed "personal reasons" and backup center Chase Jeter served the first of a two-game suspension for an unspecified violation of team rules.

Jeter will participate in Saturday's Senior Day ceremonies, a UA spokesman said, but will not play. The Wildcats host Washington on Saturday.

A UA spokesman said Jeter's suspension is in no way connected to his purported online interaction with "Parlay Patz," a gambler who, according to court documents, sent Jeter a threatening message via Instagram late last year. Court documents and an NBC News story say the gambler accused Jeter and the Wildcats of costing him $100,000 when they lost a December game to St. John's. Jeter responded, according to court documents, by writing that "Gambling is a dangerous habit. You're addicted. Stop it. Get some help!"

Meanwhile, Hazzard missed his second game in the last seven days. He did not play in UA's Feb. 27 game at USC for what the UA also said were personal reasons, but returned on Saturday at UCLA.

Green missed both games in Los Angeles because of a lower back injury.

Green injured his sacroiliac joint against Oregon on Feb. 22 and stayed home to rest last week but has practiced this week.

UA coach Sean Miller said on Tuesday it was a matter of checking with UA medical staffers and then leaving it up to Green when he felt ready to return.

"You know, each of these guys is different," Miller said. "They're all at a different age. Each injury represents different challenges. You know some guys like to fight through, other guys you know want to be closer to 100%, so the second is, we have to listen to the student athlete as well."

Arizona Wildcats tip off late, come to life in the second half in runaway win over Wazzu

Seen and heard from Arizona's 83-62 win over Washington State in McKale Center:

Zeke Nnaji added 21 points for the Wildcats, who went on a 26-0 run early in the second half.

The Star's Bruce Pascoe previews all of the game day essentials, from projected starting lineups to storylines and series history, ahead of Arizona's showdown with Washington State.

Dylan Smith, Arizona's self-made senior, brushes off critics as he prepares for one last March run

Longest-tenured Wildcat has impressed coach Sean Miller and his teammates with his toughness and willingness to lead during the program's ups and downs.

"He’s just a fighter," Miller says. "I know that that doesn't seem like that's a big compliment. But that could be the biggest compliment a coach can pay a player."

Parker Jackson-Cartwright was named British Basketball League Player of the Month for February.

Notes on Arizona's rematch against the Golden Bears, the coronavirus' impact on the Pac-12 Tournament, and someone (or something) called EDNA.

Aari McDonald and Sam Thomas are Arizona's version of Michael Jordan and Scottie Pippen; here's why

The dynamic defensive duo lead the 13th-ranked Wildcats into Friday's Pac-12 Tournament quarterfinal against either ASU or Cal.

While the overall performance of the UA staff has been bumpy at times, Vince Vannelle and Preston Price have provided steady relief.

‘The one game you don't want to miss’: Why Arizona Wildcats OL Josh McCauley played through pain vs. ASU

The UA’s veteran center displayed toughness and dedication by playing every snap against the Sun Devils despite a sprained MCL that hadn’t fully healed.

University of Arizona vs Washington State

Arizona Wildcats to get No. 3 to 6 seed in Pac-12 Tournament

Arizona senior forward Stone Gettings was named the Pac-12's Scholar-Athlete of the Year for men's basketball Friday, while starting for the W… 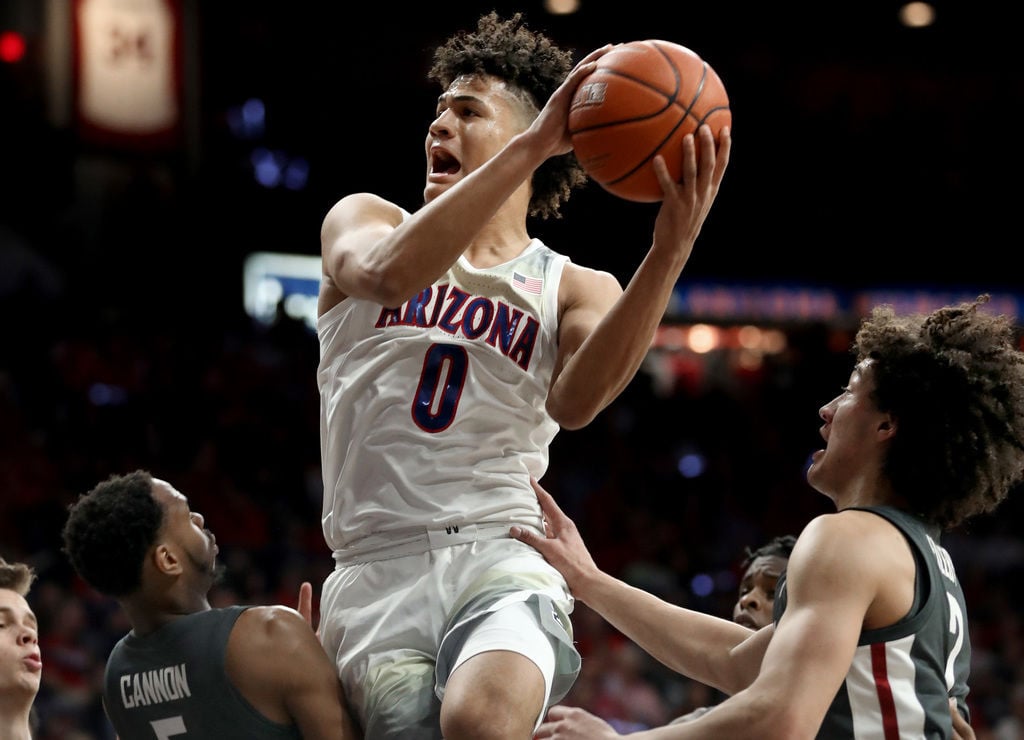 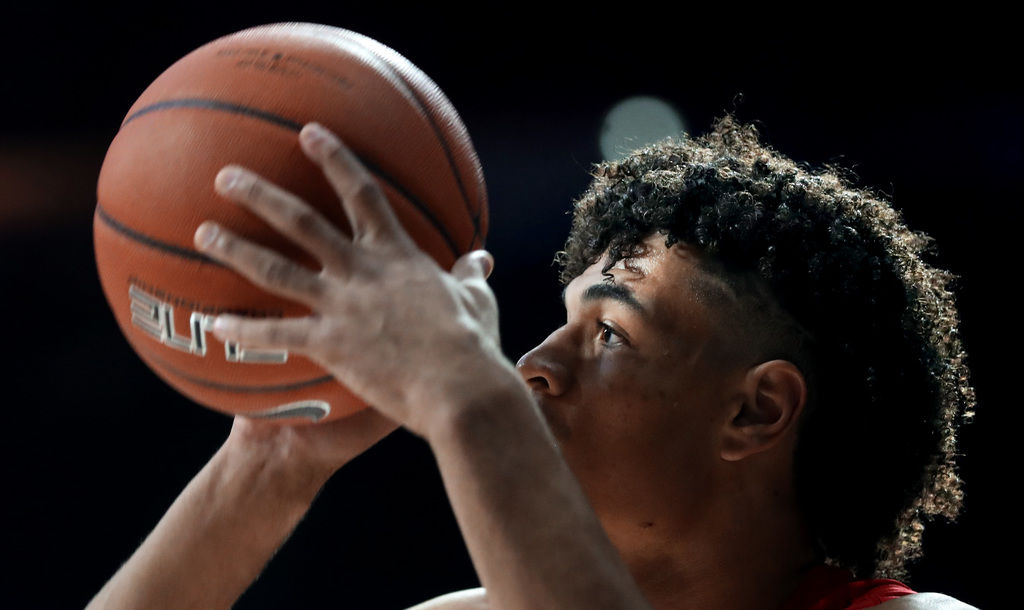 Arizona guard Josh Green (0) back on the court and taking long range jumpers during warm ups as the Wildcats prepare for Washington State at McKale Center, March 5, 2020, Tucson, Ariz.