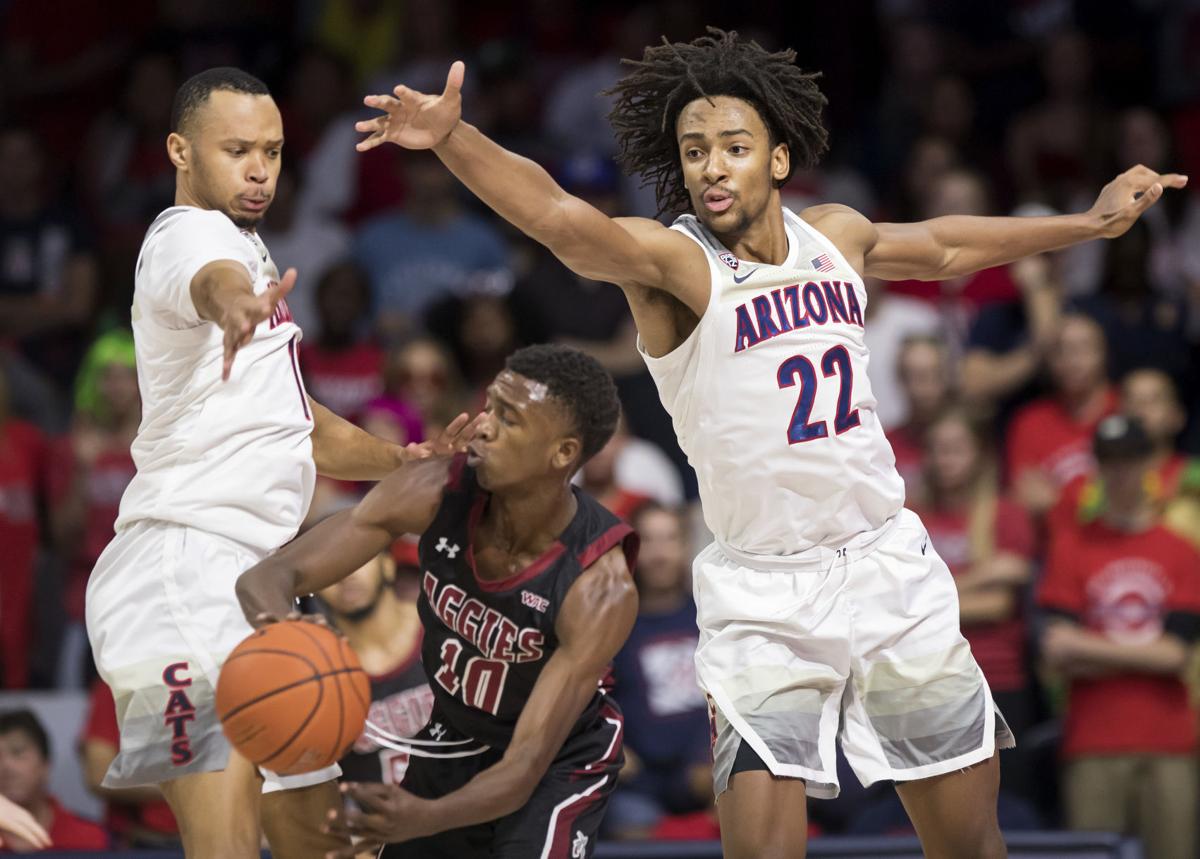 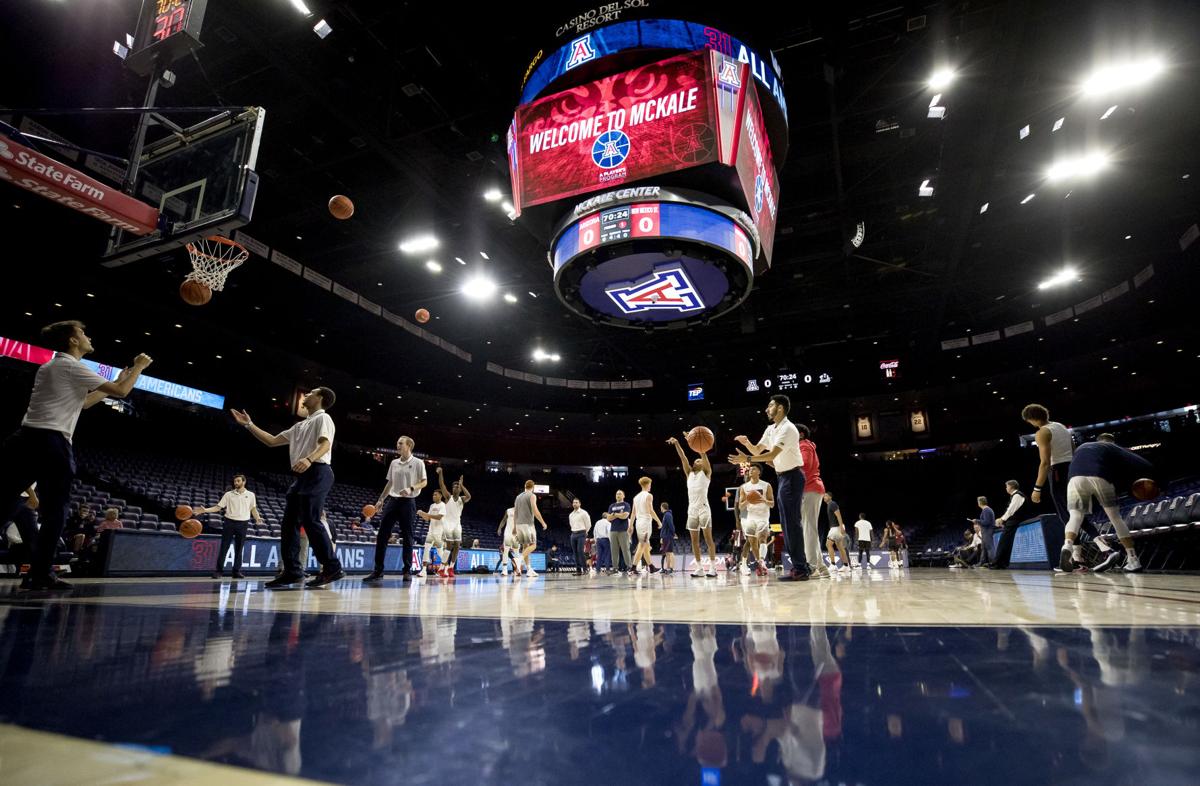 Nnaji was 7 for 7 from the floor --- all in the first half – to continue his streak of made baskets to 17 while finishing with 19 points, four rebounds and two blocks.

The freshman post player last missed a field goal with 7:25 left against Illinois on Nov. 10. He hit his last two shots in that game and then went 8 for 8 from the field against San Jose State on Thursday.

A transfer from Kentucky who hadn’t scored in double figures yet in his career, Baker had 16 points while making 4 of 6 3-pointers.

The win became a birthday present of sorts for UA coach Sean Miller, who turned 51 on Sunday.

After taking a 43-21 halftime lead, Arizona continued where it left off in the second half, except that the rest of the team did the bulk of the scoring while Nnaji had just two free throws.

The Wildcats shot 58.1% overall before halftime while holding their neighbors from Las Cruces to 30.8 percent, including just 3 of 11 3-pointers. Arizona also turned 12 NMSU turnovers into 18 points.

Jabari Rice led NMSU with 14 points while Trevelin Queen had 12.

The Wildcats opened with inspired defense, taking a 10-0 lead at the first media timeout while NMSU missed its first five field goals. Mannion and Dylan Smith each hit 3-pointers during the opening stretch while Nnaji and Chase Jeter scored inside.

Sean Miller says he’s only seen ⁦⁦@DWXXIII⁩ and ⁦@DeandreAyton⁩ go on the shooting streak that Zeke Nnaji is on: pic.twitter.com/eWL5uIGeOC

But NMSU later pulled off a 10-2 run to pull within 15-12 after getting two 3s from Queen, the Aggies’ explosive wing, before Nnaji powered the Wildcats back into control midway through the half. Arizona took a 25-14 lead while going on a 10-2 run of thier own that included three inside baskets from Nnaji.

At that point, Nnaji was shooting 4 for 4 from the field after going 8 for 8 against San Jose State on Thursday, a streak of 14 straight field goals since he missed one with 7:25 left against Illinois on Nov. 10.

Nnaji went on to score three more baskets: A turnaround jumper from about 12 feet, a short jumper in the paint and a putback of Stone Gettings' missed shot, which also drew a foul on Nnaji. He converted the ensuing free throw to give UA a 38-21 lead with 2:12 left in the half.

Arizona will play two more home games before departing for the Thanksgiving-week Wooden Legacy event in Anaheim, Calif. The Wildcats will host South Dakota State on Thursday and Long Beach State on Sunday.