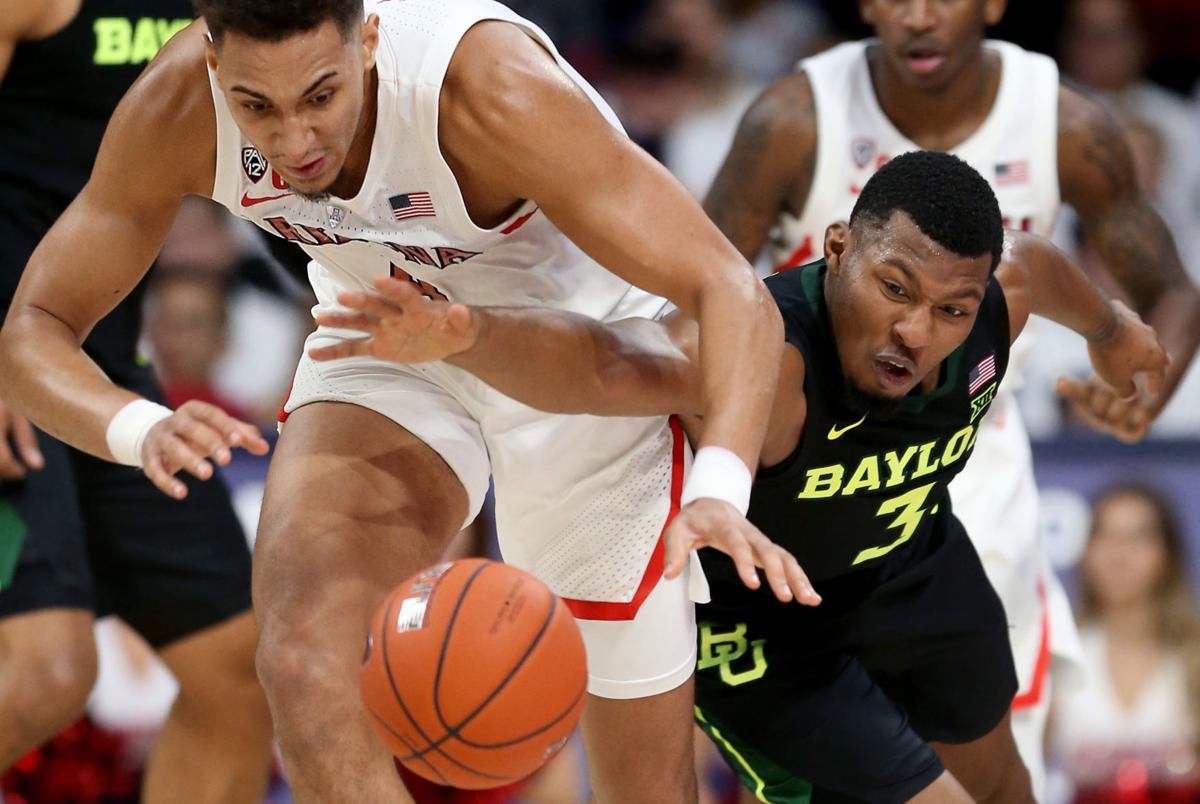 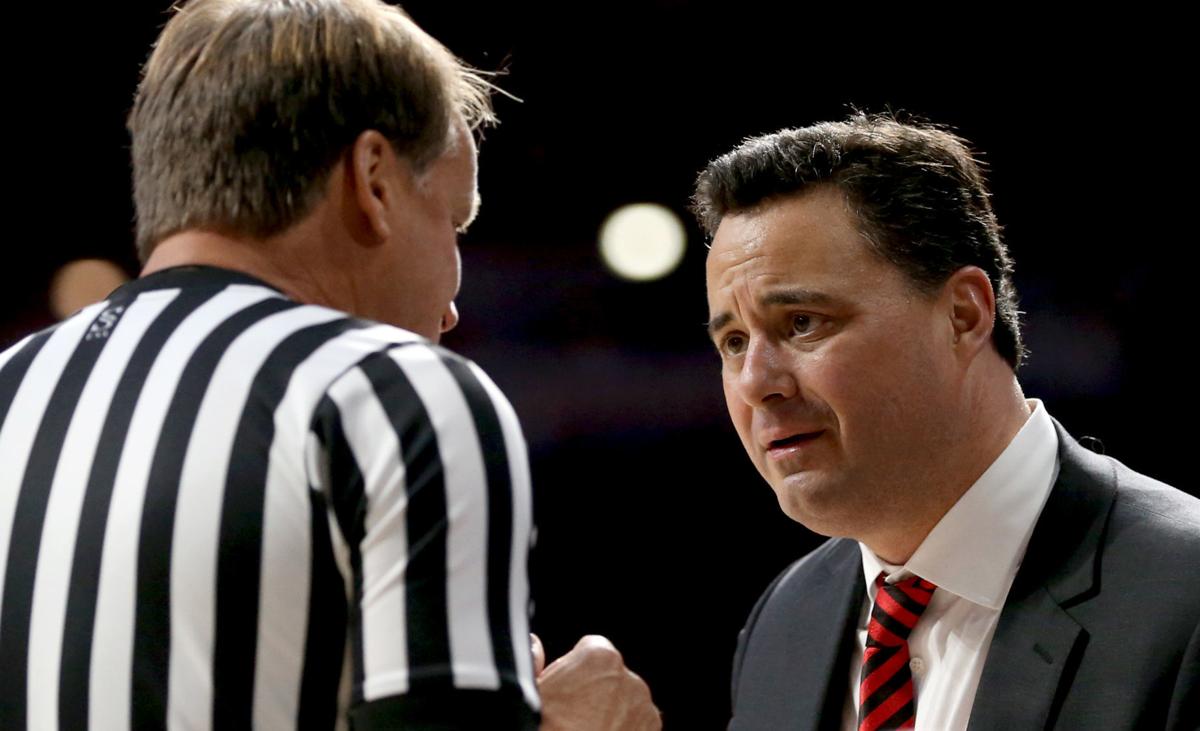 Arizona coach Sean Miller pleads his case after the Wildcats were denied a trip to the line on a Baylor foul in the second half.

Immediately after the Arizona Wildcats lost at Alabama on Dec. 9, giving up five costly offensive rebounds in the final six minutes, coach Sean Miller spent about 20 minutes lighting into his team inside its locker room.

The Wildcats absorbed that lecture, put in five days of practice — and then fared even worse.

In their 58-49 loss to Baylor, Arizona players appeared less motivated than they had looked all season, got lost inside the Bears’ zone defense and allowed their troubling trend on the glass to morph into sheer embarrassment.

When it was over, the following additions could be made to the UA record books:

The poor shooting spoke to the Wildcats’ problems against Baylor’s zone defense. Arizona turned the ball over only 10 times but had problems effectively moving and penetrating with the ball against Baylor to get decent shots.

While Arizona managed to solve Cal Poly’s zone in its second game of the season, shooting 45.7 percent and winning 82-61, the Mustangs (3-6) are a 300-plus rated team.

When asked what he thought of UA’s struggles against the zone, Miller said: “We didn’t do anything well, though. It’s the first time that this group was playing against the zone and obviously we kind of had that deer-in-headlights look and guys have to make people better.

“The way they choose to play zone it’s not about carving it up with plays. It’s about putting players in the right position and drive to pass and move the ball quickly and getting it in the middle, and allowing those guys to be able to turn and face.

“You learn more and more about your team as the season goes, but we didn’t make good plays when we got it in the middle. Sometimes we had some turnovers. But 50-19, 18 offensive rebounds? That was the story.”

Not that it mattered any, but about an hour after the game, the UA corrected its box score to read that Baylor had collected 51 rebounds instead of 50.

By then, Arizona’s postgame press conferences were long over.

Guard Justin Coleman and center Chase Jeter appeared quickly after the game and spoke together for a few minutes.

Both of them talked about lacking toughness and what they had to do next.

“We have an off day (Sunday), have to come back Monday, watch film and learn from our mistakes, grow as a team and get better,” Coleman said.

Miller spent less than four minutes discussing the loss with the media and, based on his near-instant appearance on his postgame radio show before that, didn’t spend long at all with his players in the locker room after the game, either.

This time, Miller said, there wasn’t much to say.

Postgame videos from the UA's 58-49 loss to Baylor on Saturday.

The Baylor Bears pulverized Arizona on the glass at McKale Center on Saturday, outrebounding the Wildcats 51-19 and handing UA its first home …

Arizona's 35.8-percent shooting was its worst in almost four years.

Arizona, Baylor prove the worth of graduate transfers in college basketball

When Xavier graduate Mark Lyons enrolled at Arizona in 2012, seeking a better resume-building platform for his final college season, the NCAA’…

Over their last four games, the Wildcats have been outscored between the first and third media timeouts.

'She’s helping every one of us get better': Wildcats lean on star Aari McDonald

The Wildcats will host UTEP Monday night at 6:30 p.m.

Arizona ranges from 40-60 in the major power rankings.

The league is just 2-13 against ranked teams.

Dylan Smith to start in place of Brandon Williams for Arizona Wildcats vs. Montana

Brandon Williams will come off the bench for the first time this season.

Arizona coach Sean Miller pleads his case after the Wildcats were denied a trip to the line on a Baylor foul in the second half. 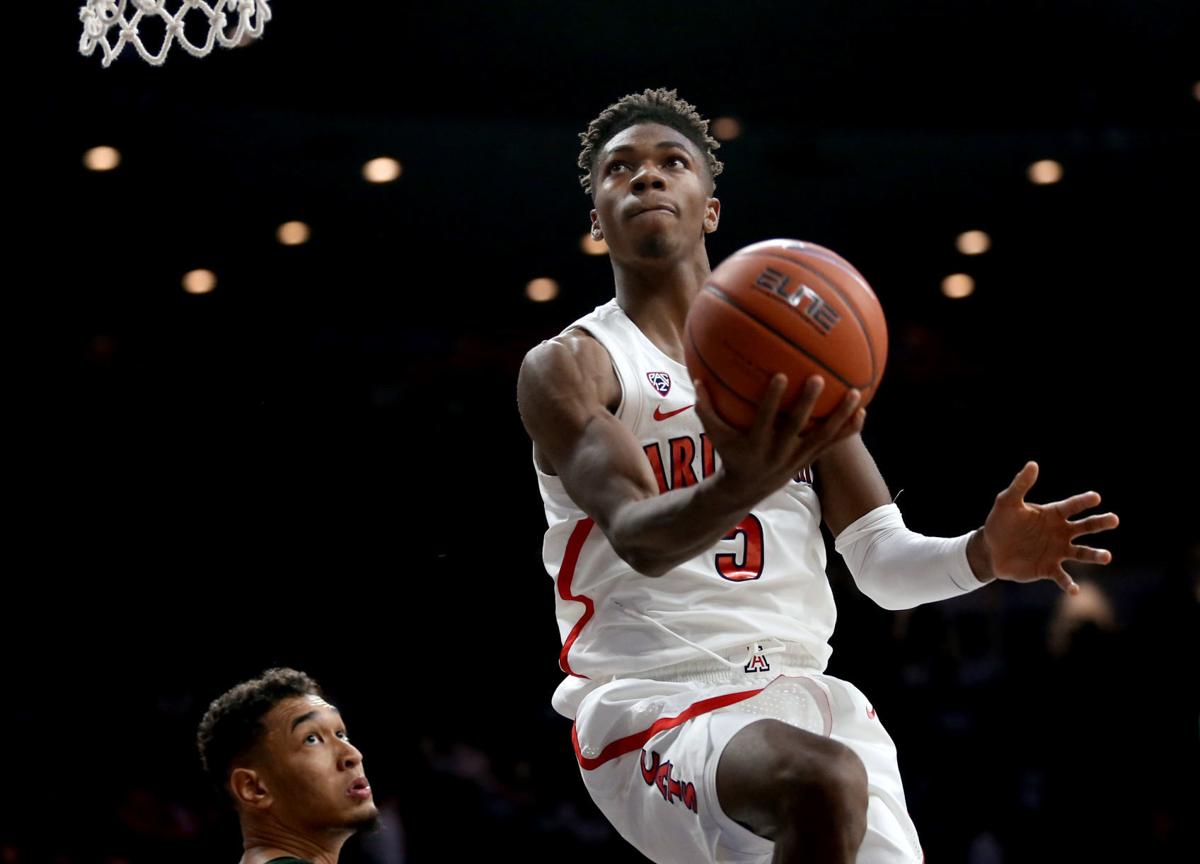 Arizona’s Brandon Randolph, driving by Baylor’s Tristan Clark, led the Wildcats with 15 points but did not get a rebound. Ira lee led Arizona with five rebounds.