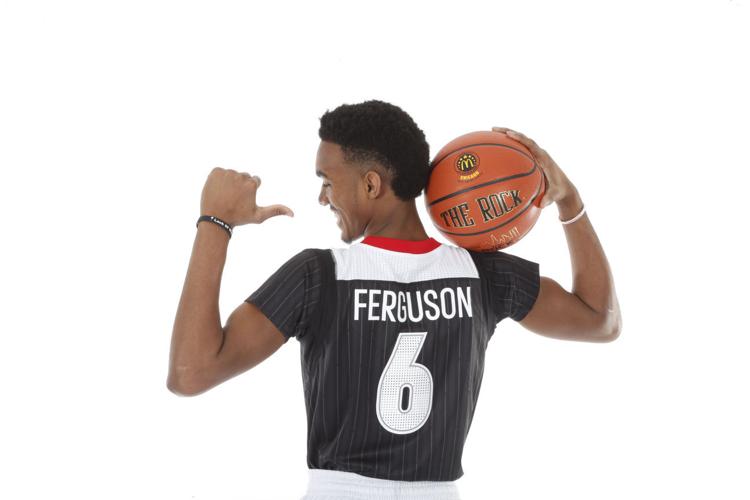 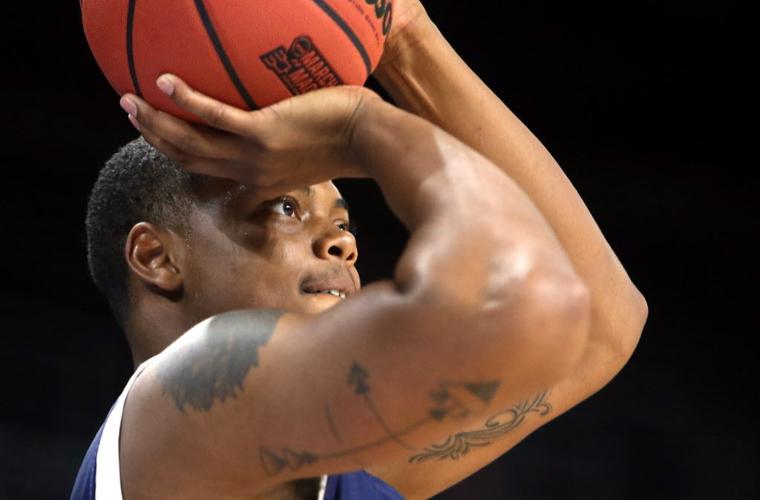 After his third ACL tear, UA basketball player Ray Smith tweeted, “Sometimes in life all you can do is the best that you can do.” He said Thursday he was done with basketball.

Once he puts the final touches on another top-five recruiting class this spring, Arizona Wildcats coach Sean Miller has another big job to do.

But this job involves the kind of problem every coach would love to have: figuring out where to put all his talented players.

Arizona could have four five-star freshmen joining six expected returnees, if committed guard Rawle Alkins submits a national letter of intent. That would give Miller a boatload of perimeter talent.

“Of course, (Miller) is going to have a challenge,” said 24/7 scouting director Jerry Meyer, a former guard at Lipscomb. “Any coach with this talent will have a challenge. Ask (Kentucky coach) John Calipari. (Kansas coach) Bill Self had two McDonald’s All Americans sitting on the bench.

So maybe this is how Miller figures it out: All that perimeter talent spills over to the power forward spot. Meyer said Arizona could move Smith and possibly even Alkins, a sturdy wing in the Stanley Johnson mold, to power forward at times.

Doing so could make Arizona a smaller and supremely athletic team. And considering the way Oregon rattled the Pac-12 last season with a smaller, matchup-nightmare of a lineup, maybe that’s not a bad idea.

“I think the solution for Sean Miller to make it work is they’re going to have to play small,” Scout.com analyst Josh Gershon said. “You have so many guys on this team who can play on the perimeter, and that’s got to be one of Arizona’s strengths, maybe like Oregon had this season.

“It’s hard to defend a team that has three or four guys in that 6-4, 6-5 range who can score a number of different ways. So if you’re Sean Miller, you build your team around it, attack them from the perimeter and force other teams to guard your perimeter.”

Trier and Alkins both excel at driving to the basket, making them possibly the most duplicate talents. Alkins verbally committed last month but has yet to sign a letter of intent that would bind him to Arizona.

Alkins, who did not respond to a message seeking comment, has until May 18 to sign. Assuming Alkins joins the Wildcats, Meyer said, there are differences between him and Trier that UA can benefit from.

“He’s kind of a combination of all three” newcomers, Meyer said of Trier. “He shoots like Ferguson but likes to attack the basket like Simmons and has some strength like Alkins.”

Meyer said all three of the expected perimeter players bring different skill sets to the UA rotation, too.

“Kobi’s very athletic, sort of a high-risk, high-reward style of player who likes to make the big play and can play the one or two,” Meyer said. “Terrance Ferguson can play the two or three. He’s very athletic in transition and not the strongest guy, so in traffic he doesn’t have as much of an impact.”

“And Rawle’s just a bully, a really physical perimeter player. He has point-guard ballhandling skills but doesn’t have point guard speed.”

How it all mixes up only Miller knows.

In his analysis of Ferguson’s commitment, ESPN’s Adam Finkelstein wrote that “perhaps the only guarantee is that the Arizona lineup looks fluid heading into next season with plenty of options at each spot on the floor and plenty of competition scheduled for the opening weeks of practice.”

And, maybe, plenty of time spent on chemistry behind the scenes.

“Honestly, if you look position-by-position, there are three guys at the one, two and three who can get minutes,” Gershon said. “Whoever loses out on minutes, it’s very hard to keep those guys happy. Whoever is losing out is probably going to be expecting to play next season.

“And expectations are probably the most difficult when it comes to freshmen, because it doesn’t matter how good any freshman is, they all come in with huge goals. (At Arizona) we’ve seen it two years in a row, with Justin Simon and Craig Victor (transferring). I’m not predicting that at all, but certainly when you have several guys, it’s a challenge.”

What the Wildcats have on the perimeter for the 2016-17 season as of now:

Rawle Alkins* 6-5 Fr. Can bowl over defenders with strength and athleticism

Kadeem Allen 6-3 Sr. Combo guard does a little bit of everything

*Alkins had not signed a binding letter-of-intent as of Thursday evening.

** Ferguson announced Wednesday he will play for Arizona, though the school has not confirmed receipt of a letter-of-intent from him as of Thursday evening.

Arizona basketball players Allonzo Trier and Kadeem Allen will both be back for the 2016-17 season.

Aaron Rodgers has his say on the NFL's greatest ever coach

Aaron Rodgers has his say on the NFL's greatest ever coach

After his third ACL tear, UA basketball player Ray Smith tweeted, “Sometimes in life all you can do is the best that you can do.” He said Thursday he was done with basketball.