UA officials, including athletic director Dave Heeke, want to create more memories this season. The UA has put in a bid to host the first two rounds of next month’s NCAA Women’s Basketball Tournament. Should Arizona finish in the top 16 nationally — the Wildcats are 13th heading into Friday’s showdown with No. 4 Stanford — it would likely host a four-team pod for the first and second rounds.

The Wildcats will find out March 16, “Selection Monday” in women’s basketball, whether they will host.

“We’re bullish on it,” Heeke said of hosting. “We believe we’re going to host. We’re planning 100% … like we will host an event here for the program.”

Heeke said last year’s WNIT run was an audition for these types of events. Arizona drew 45,602 combined fans for six WNIT games last spring. The sellout crowd of 14,644 for the final against Northwestern was the largest in program history.

The process for the NCAAs is different than bidding for the WNIT, where Heeke said “there was some flexibility to discuss how you can make a good business deal potentially.”

Arizona split the revenue with the WNIT. The NCAA, however, gets a much bigger cut of the tournament pie.

“The NCAA essentially owns the event — we pay them about 85% of everything,” Heeke said.

The top 16 teams typically host, unless they don’t bid. The UA’s bid, due last month, was the result of a meticulous effort that involved how the school will accommodate teams, media and fans.

“We did a good job — we can handle all of that,” Heeke said. “We’ve done a number of big events, and we feel very confident.”

Now, the Wildcats need to finish in the top 16. Heeke said he has been impressed with coach Adia Barnes’ Wildcats, who are ahead of schedule after being picked to finish sixth in the preseason Pac-12 poll. The Wildcats currently sit in fourth place in the league, one game behind No. 9 UCLA and two games behind No. 4 Stanford.

“I thought it was a remarkable run in the WNIT. To be honest, I didn’t think we probably would be in the position we’re in right now — to be sitting here in the last weekend contending for the third spot in the league,” Heeke said. “Hey, I’m on Adia’s train. I’ll believe anything she tells me — whatever she says, I’m good with.”

“Aari changes the game — her passion, her grit, she’s diving for balls on the floor. I don’t think anyone compares,” Barnes said.

The coach added that she’d be “very disappointed” if McDonald didn’t get the Pac-12 honors.

Arizona’s Sam Thomas is also a candidate for the league’s defensive player of year and all-defensive team.

Thomas uses her long arms and timing to get a quick hand on the ball. Lately, she is not only getting blocks against much taller players — she’s only 6 feet — she ends up with the ball.

Barnes said they teach all players to defend with their left hand to give them the advantage as 95% of the players they guard are right-handed.

Both Thomas and McDonald are natural lefties, which might explain some of their success.

McDonald, who missed the last two games with a lower leg injury, ranks first in the Pac-12 with 66 steals. Thomas has 48 steals and 42 blocks.

How did the Wildcats pull off Friday’s win against Utah without McDonald?

They shared the ball on offense and got it to their teammates when they were open. Thomas posted a career-high 31 points on 8-of-13 shooting. Senior Lucia Alonso scored a season-high 14 points, 12 coming in the first half. Dominique McBryde hit all five of her shots and finished with 12 points; Cate Reese added 11 points.

“They all stepped up in different ways, and that’s what I’m proud of, because without them doing that, we don’t win. That’s a hard place to play,” Barnes said. “I knew Sam was capable, but Sam usually won’t look for her shot enough to do that. But she knew she had to step up, and she did it. That was a big win for us and meaningful for the program.”

The Arizona Wildcats performed well below their season averages in Sunday's loss to Colorado in Boulder. It also continued a trend: Here's how the Wildcats have fared in statistically in their 22 wins … and in their five losses:

Without Aari McDonald, No. 11 Arizona Wildcats lose 50-38 at Colorado

With Aari McDonald injured, Mara Mote and other UA reserves know the time to contribute is now

Mara Mote, a freshman guard from Latvia, says she'll do whatever it takes to help the 11th-ranked Arizona Wildcats during their historic season — whether it's playing a minute here and there or doing something even bigger.

Arizona's Cate Reese is stepping up as a sophomore, and the women's basketball world is noticing

Wildcats' coach has leaned on combination of Zeke Nnaji, Stone Gettings and even freshman Christian Koloko with Chase Jeter sidelined because of injury and inconsistency.

Greg Hansen: This year's Final Four favorites have one thing in common — they're Freshman-Free

The inescapable formula at the highest level of college basketball has become an "FF" that doesn’t stand for Final Four. It stands for "freshman-free."

UA star Aari McDonald to participate in Senior Day, but will wait to decide whether to enter WNBA draft early

Arizona's star guard wants to "walk" with fellow transfers Dominique McBryde and Tee Tee Starks on Sunday. As for leaving school early? "There isn't a decision yet — that will be her decision to make, but not for a while,” coach Adia Barnes says.

The Star previews all of the game day essentials, from projected starting lineups to storylines and series history, ahead of Arizona's  showdown with USC.

A look at the standings and each team's potential matchups in the Pac-12 Tournament as it stands now.

UA junior has missed the last two games with what the program called a "lower-leg injury."

The electric, tenacious McDonald leads the Pac-12 with 2.5 steals per game, and is second among active league players in steals. 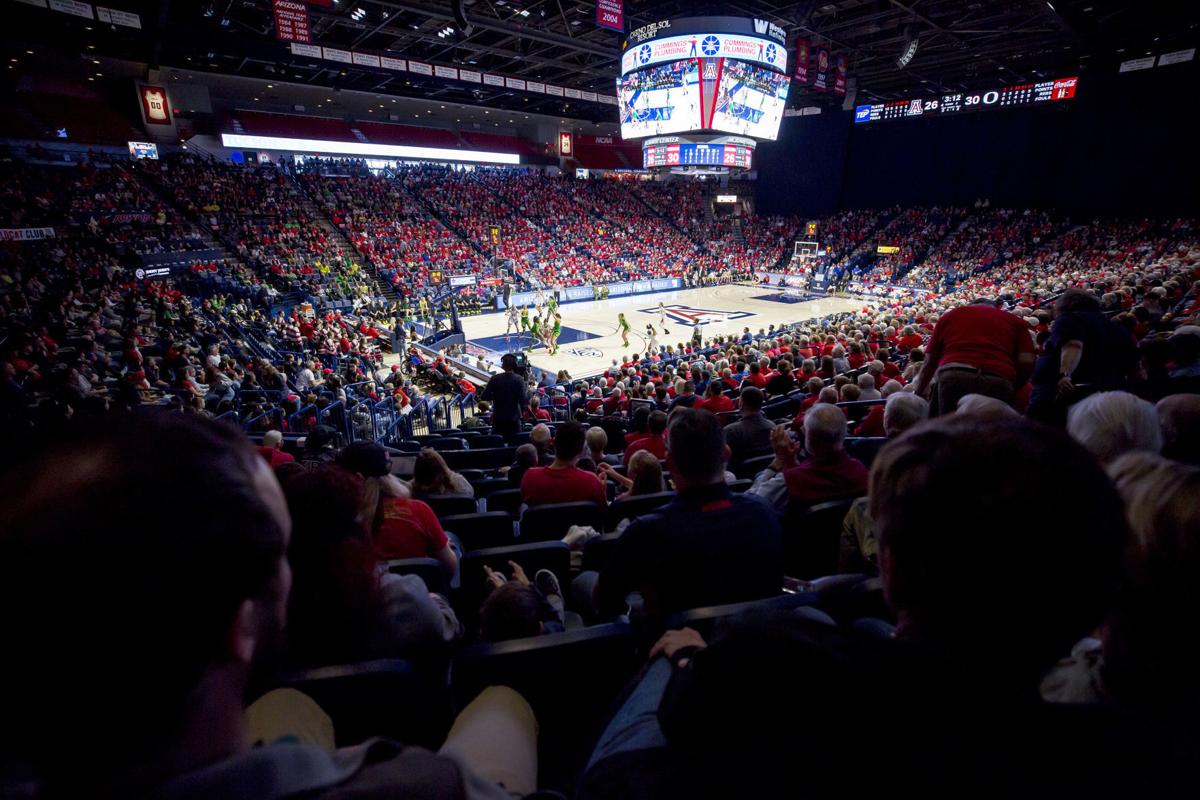 The Wildcats drew 7,680 for a Jan. 1 game against Oregon, above. Last season, Arizona drew 45,602 for six WNIT games, including a program-record 14,644 for the championship game. 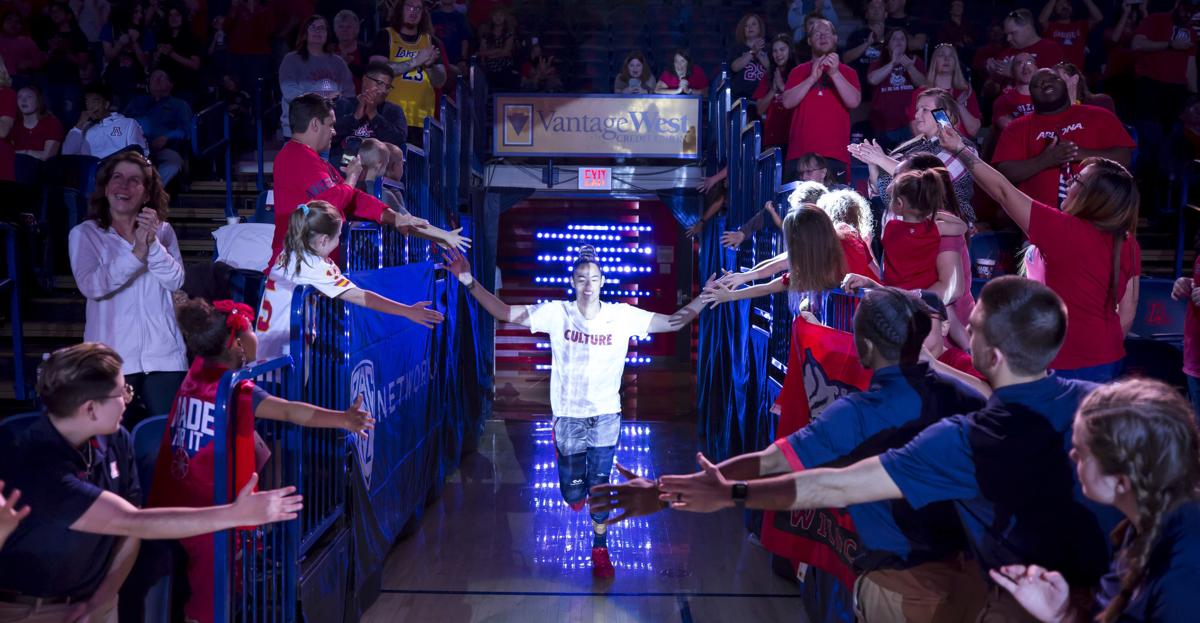 Arizona forward Dominique McBryde runs out of the tunnel during player introductions before the Wildcats’ victory over USC at McKale Center on Feb. 2. In Arizona’s most recent victory, Friday over Utah, McBryde was 5 of 5 and scored 12 points. 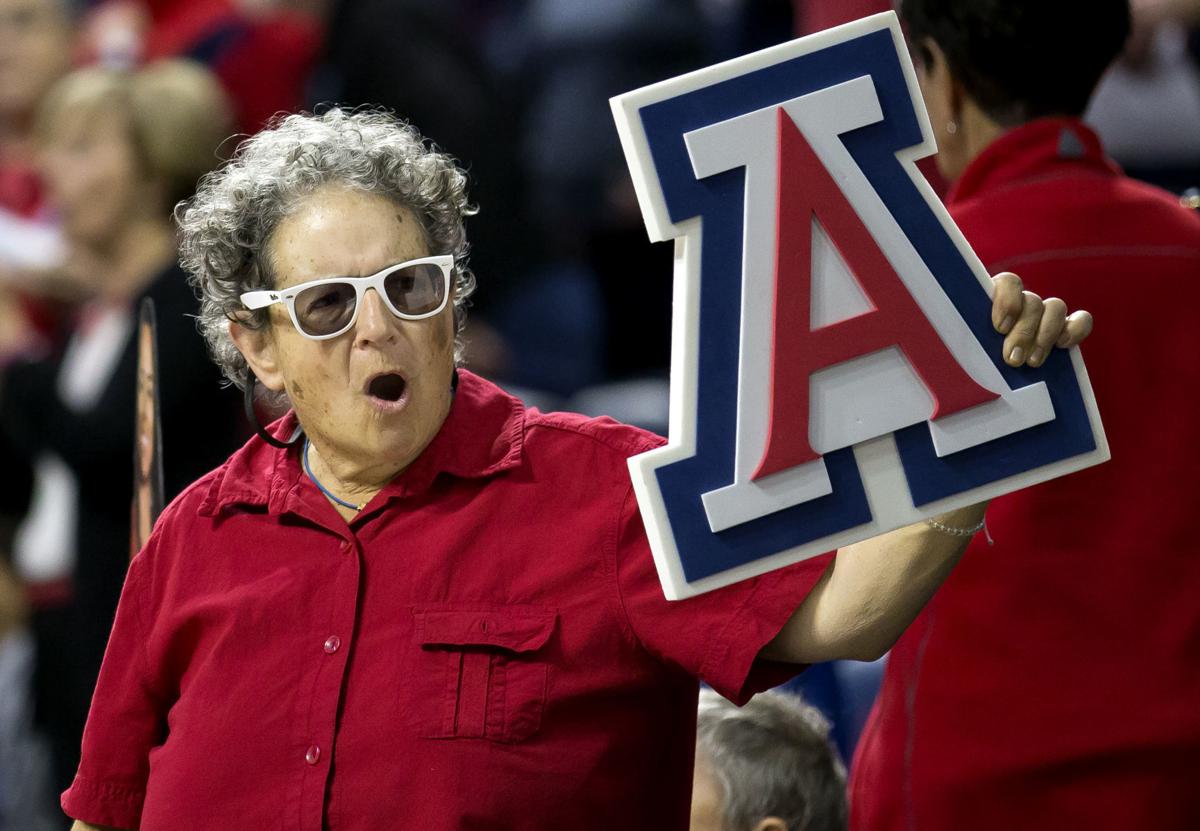 If UA finishes in the top 16, it would likely host the first two rounds of the NCAA Tournament, and fans would get an extra game or two.