US expels Russian diplomats, imposes new round of sanctions

The Arizona Wildcats parted ways with the Pac-12’s longest-tenured coach on Wednesday, leaving one major question: Who will they hire to replace Sean Miller?

Will president Robert C. Robbins and athletic director Dave Heeke hire an assistant coach like Gonzaga’s Tommy Lloyd? Or will the UA look to woo an ex-Wildcat from the NBA or another head coach from the Power 5 level?

Any of those choices would require the Wildcats to buck a recent trend.

Consider: There have been 17 coaching vacancies in the Pac-12 since 2009, Miller’s first year at the UA. Eleven of them eventually went to head coaches from mid-major programs. The two new deans of Pac-12 coaches — Oregon’s Dana Altman and Colorado’s Tad Boyle — both arrived that way. Altman was at Creighton, while Boyle was at Northern Colorado.

Whatever direction Arizona goes in, it could maybe learn a thing or two from its Pac-12 brethren.

What he did: The 2008 Big Sky Coach of the Year lasted five seasons at Washington State, posting an 80-86 record. WSU’s best season of the Bone era was in 10-2011, when the Cougars went 22-13 and lost in the NIT semifinals. Back-to-back 11th-place finishes in the Pac-12 led to his dismissal.

What he’s done: Altman has asserted himself as arguably the top coach in the conference, especially with Miller gone. In 11 seasons at Oregon, Altman is 280-109 (72%) and has won four conference regular-season championships and three Pac-12 Tournament titles. Since 2015, the Ducks have advanced to the Final Four, Elite Eight and Sweet 16 twice. Altman is under contract at UO through the 2025-26 season.

What he’s done: Colorado has consistently placed in the upper-half of the Pac-12 standings under Boyle, but the Buffaloes have never advanced past the NCAA Tournament’s second round.

What he did: The Pac-12’s “Coach K” lasted 10 years in Salt Lake City. Krystkowiak attracted a number of talented prospects, including All-Pac-12 guard Delon Wright, first-round draft pick Jakob Poeltl and Lakers standout Kyle Kuzma. Krystkowiak’s best season was in 2015-2016, when Utah went 27-9 and lost in the NCAA Tournament’s second round.

What he’s done: The “Dunk City” originator took over a USC program facing NCAA sanctions, including a self-imposed postseason ban and recruiting restrictions. The Trojans have only had one losing season since 2015, and have won at least 20 games in five out of the last six seasons. USC went to the program’s first Elite Eight in 20 years this season thanks in part to Pac-12 Player of the Year Evan Mobley.

What he did: Alford brought in a plethora of top-tier players and made three Sweet 16s between 2013-17, but could get no further. Shabazz Muhammad, Kyle Anderson, Jordan Adams, Zach LaVine, Kevon Looney, Ike Anigbogu, T.J. Leaf, Lonzo Ball and Aaron Holiday all played for Alford. He was fired early in the 2018-19 season, and is now the head coach at Nevada.

What he’s done: Before leading the Beavers to their first Elite Eight since 1982, Tinkle was seen as being on the hot seat. After all, OSU was voted to finish last in the conference this season but tied for sixth and found a new gear in the postseason to win the Pac-12 Tournament. The Beavers are 113-109 overall under Tinkle, who just signed a four-year extension to stay in Corvallis.

What he did: Martin is the only coach on our list to jump to the Pac-12 directly from another Power 5 program. Martin brought his recruiting flare to the West Coast from Tennessee, and signed All-Americans Jaylen Brown and Ivan Rabb. Despite winning 61% of his games at Cal, Martin’s time in Berkeley was short-lived; he left for Missouri in 2017.

What he did: Kent returned to the Pac-12 four years after leaving Oregon, but the Cougars found themselves losing often during the Kent era. Kent never had more than 13 wins in a season and didn’t finish higher than eighth in the Pac-12.

What he’s done: Hurley experienced success in his third season, when the Sun Devils started the season 12-0 and climbed to No. 3 in the Associated Press Top 25. Hurley also brought in five-star guard Joshua Christopher, who was the first McDonald’s All-American to sign with ASU since James Harden, for the 2020-21 season. However injuries and pauses for COVID-19 limited ASU, and the Sun Devils finished 10-11.

What he’s done: The Conference USA Coach of the Year replaced Johnny Dawkins at Stanford, and the Cardinal have only posted one losing season since. Haase’s recruiting efforts have helped; the Cardinals have signed Daejon Davis, All-Freshman Tyrell Terry and recently five-star wing Ziaire Williams. Although Stanford signed an impressive recruiting class and returned Pac-12 Player of the Year hopeful Oscar da Silva, the Cardinal finished sixth in the Pac-12 this season with a 14-12 record.

What he did: Jones was promoted from assistant coach on Martin’s staff when his boss bolted for Missouri. Jones went 16-47 overall and 5-31 in Pac-12 play before he was fired.

What he’s done: Hopkins was Jim Boeheim’s heir apparent at Syracuse, but instead accepted the Washington job once it opened up in 2017. Hopkins introduced Boeheim’s infamous zone defense to a roster filled with long athletes, including Pac-12 Defensive Player of the Year Matisse Thybulle and Pac-12 Player of the Year Jaylen Nowell. Hopkins won a conference championship in his second season and was a two-time Pac-12 Coach of the Year, but hasn’t had a winning record over the last two seasons.

What he’s done: The founder of “Nerdball,” an analytics-heavy system designed to maximize his players’ talents, Smith got a six-year contract with the Cougars following the 2018-19 season. So far, the Cougars have remained in the bottom tier of the Pac-12, posting 10th- and 11th-place finishes.

What he’s done: Fox just wrapped up his second season in Berkeley. In Fox’s 16-year head coaching career, he has never coached a team past the Round of 32 in the NCAA Tournament.

What he’s done: Cronin was essentially the fourth (fifth? sixth?) choice to replace Alford. It doesn’t matter now: Cronin took the Bruins to their first Final Four since 2008, a time when Russell Westbrook and Kevin Love were the faces of UCLA hoops. Cronin inked a two-year contract extension this week that runs through 2027.

What he’s done: Utah State won 75% of its games under Smith between 2018-21 and placed either first or second in the Mountain West standings each time. Now the 48-year-old will lead the more prominent basketball program in Utah.

Where can Robert C. Robbins and Dave Heeke turn? Early speculation focuses on these names:

Ultimately, it was no longer politically expedient for UA president Robert C. Robbins to support a coach who had lost his magic and placed the school’s integrity in question.

No. 16 Arizona has found the right mix amid an ongoing chemistry test

Depth and selflessness have helped the Wildcats endure injuries and climb into the top five in RPI.

Plus, Sean Miller thanks fans and McKale "magic" and UA posts a job description for the coach's replacement.

A week to forget: Hobbled D-backs try to overcome adversity

Injuries and slow start make for a rough start to 2021 season for Diamondbacks. 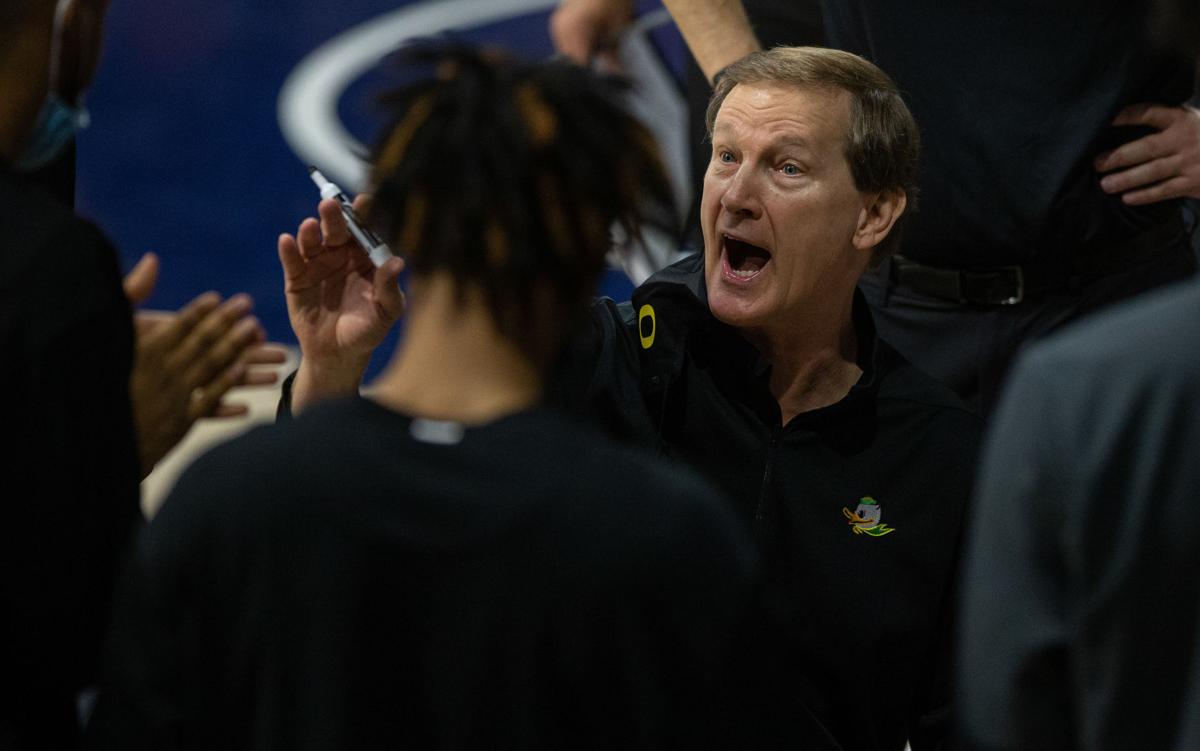 Oregon Ducks coach Dana Altman has won 72% of his games in his stay in Eugene, and led the school to the Final Four in 2017. He was at Creighton before being lured to the Pacific Northwest in 2010. 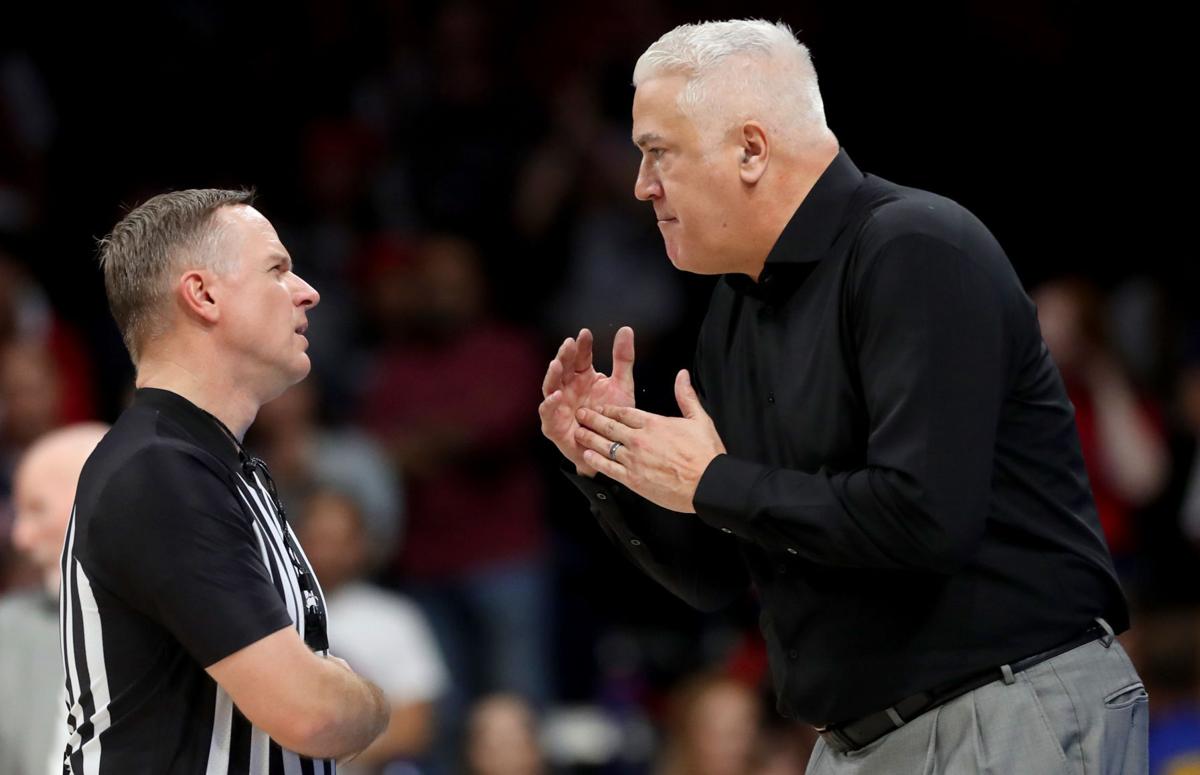 Oregon State’s Wayne Tinkle was on the hot seat, until the Beavers won the Pac-12 Tournament and then advanced to the Elite Eight. 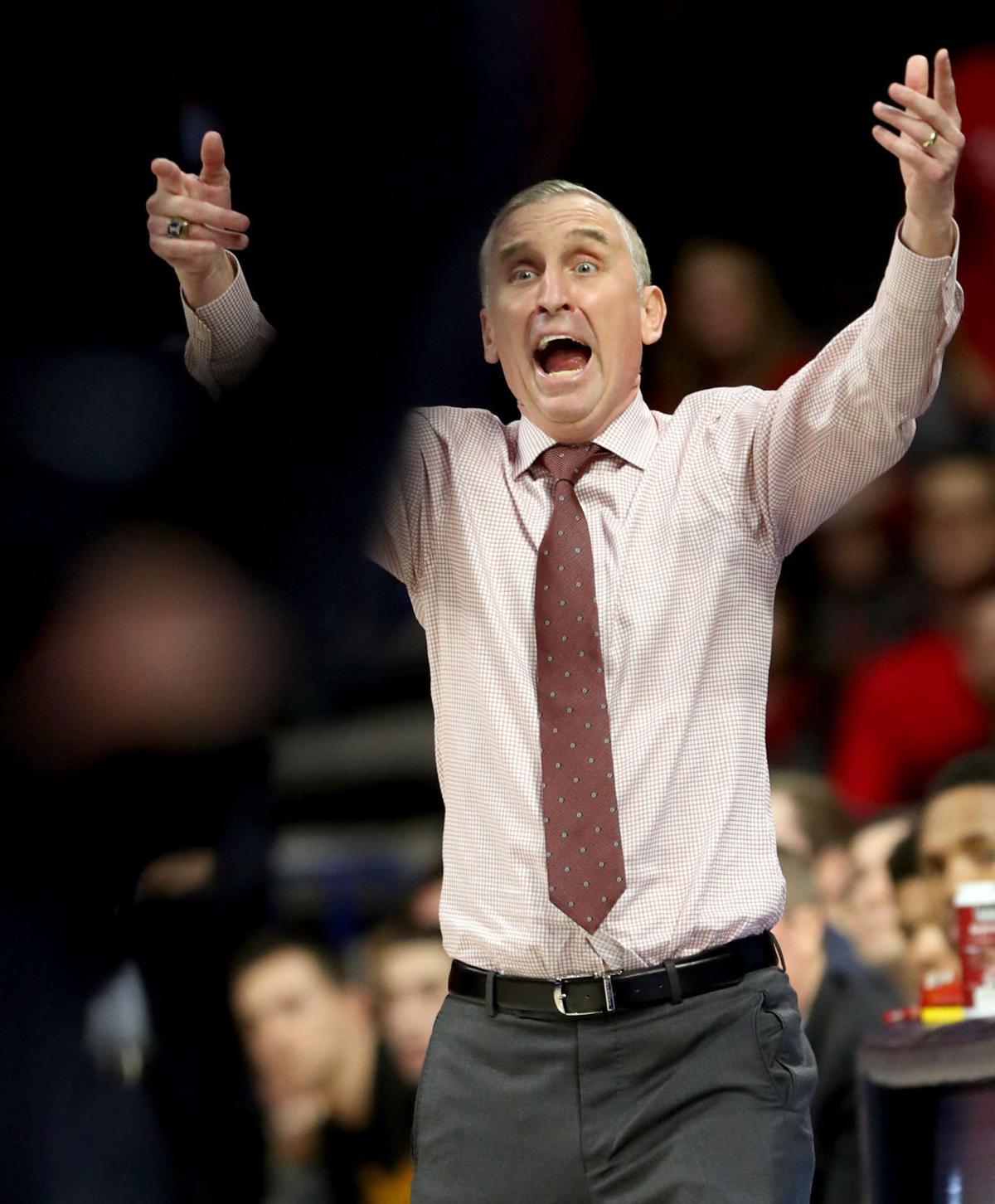 Arizona State head coach Bobby Hurley seemed to have the Sun Devils on an upward trajectory, but this season proved rough on the team.