With federal trial over, UA officials' attention turns to a potentially tricky NCAA investigation
Share this
1 of 2 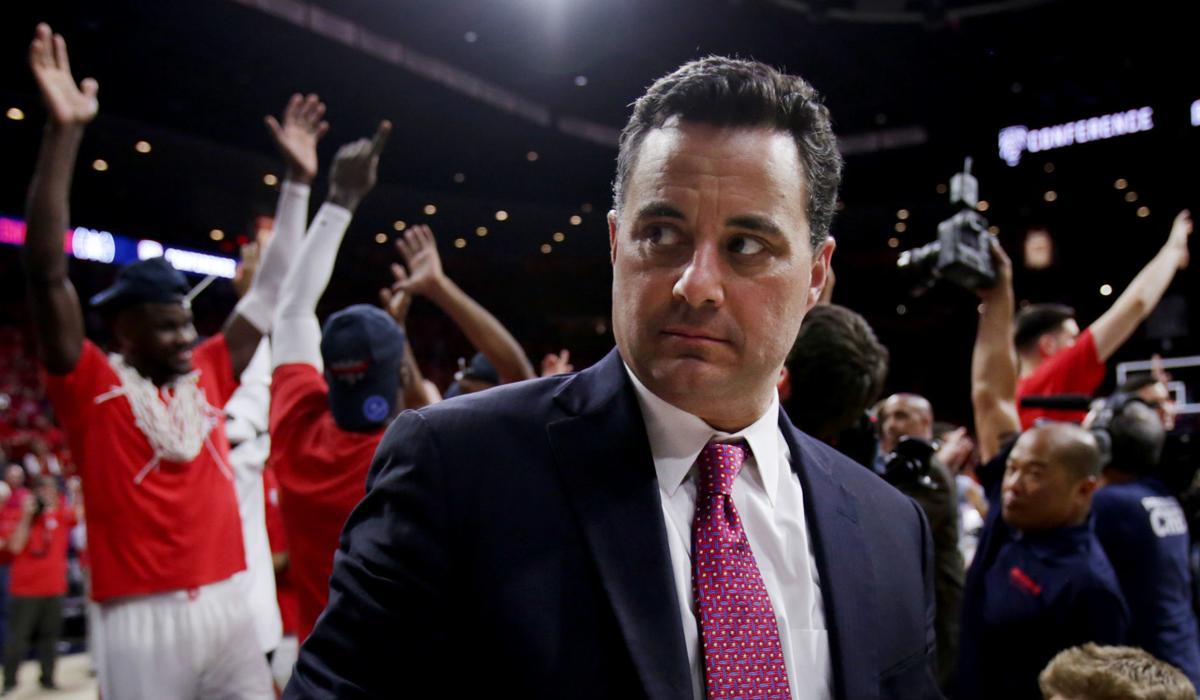 A member on the Arizona Board of Regents said some information presented in the latest college basketball federal trial "is obviously significant" if it represents facts. An NCAA probe is ongoing. 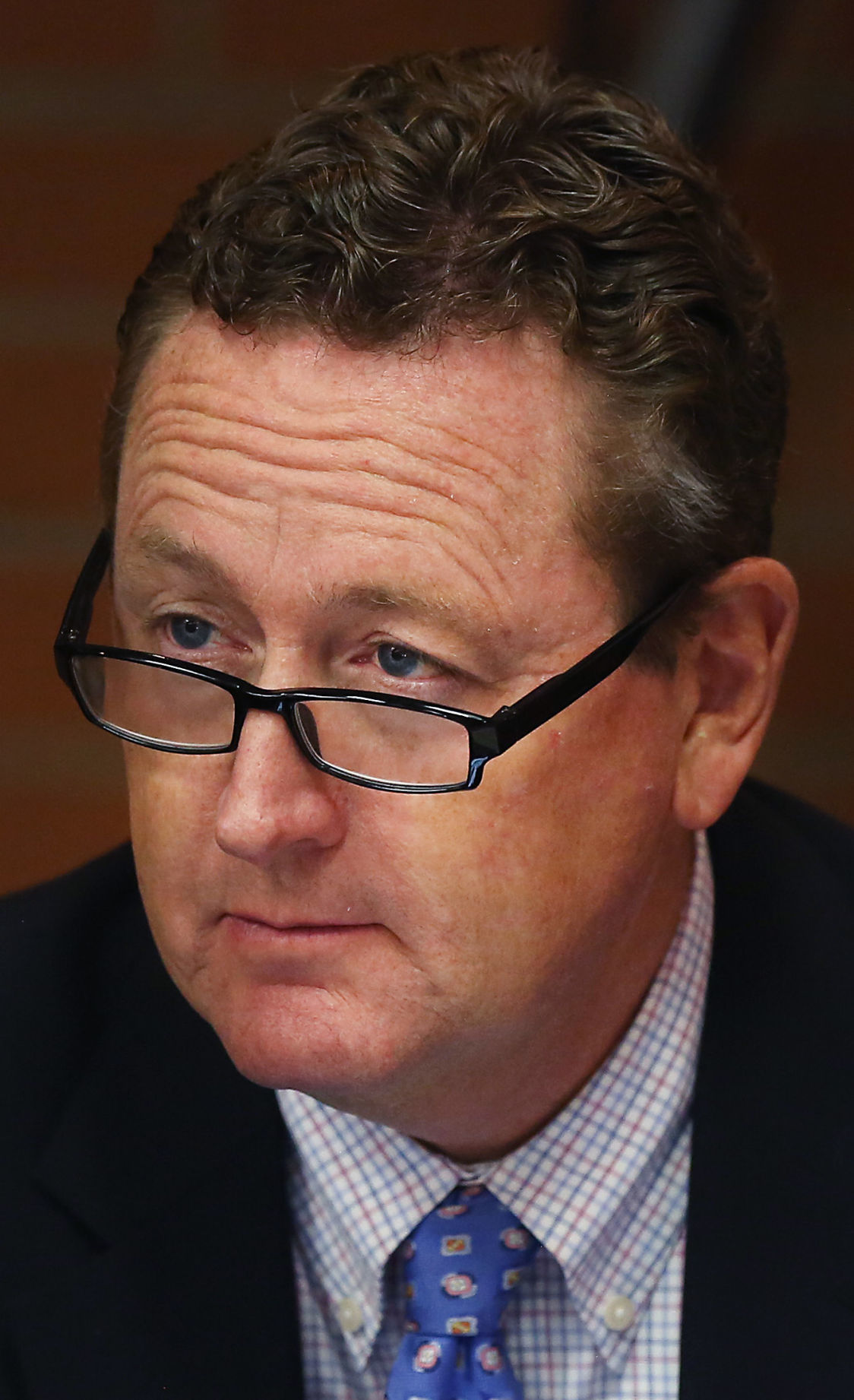 Jay Heiler, member of the Arizona Board of Regents.

A member of the Arizona Board of Regents says a “number of issues” raised in the federal college basketball trial have UA and the regents watching closely with the ball now passed back into the NCAA’s court.

And even though a top NCAA executive told The Athletic last week that federal authorities will not hand over all their evidence to college basketball’s enforcement division, regent Jay Heiler said there is still plenty to sort through from Arizona’s standpoint.

Among other evidence produced during the federal college basketball bribery trial was a recorded phone call in which then-UA assistant basketball coach Book Richardson said head coach Sean Miller had agreed to pay former Wildcats star Deandre Ayton $10,000 a month. A wiretap also caught aspiring agent Christian Dawkins, a co-defendant in the trial, saying Miller was “taking care of” then-UA guard Rawle Alkins and others. Miller has not commented on any of the wiretaps shared in court.

“My thoughts continue to evolve along with the information that continues to come available,” Heiler said. “There’s some information that surfaced in the trial that, if it represents facts, is obviously significant. We have a former assistant coach on tape saying things that create a lot of concern, but it cannot be taken as truth from the mere statements on the tape.

“Our approach from the beginning has been to work as hard as we can to get all the relevant facts and then act as soon as we get them. That process is still continuing.”

Heiler was the only one of the eight non-student regents to respond to messages from the Star seeking comment since Thursday. (The regents have been dealing with graduation-related events in recent days).

The UA has generally been quiet during the proceedings, but issued a statement during the trial that said it was taking “very seriously” what was presented in court. After the trial concluded Wednesday, UA President Robert C. Robbins told KGUN that “Sean’s our coach” while the school works with investigators.

Two hurdles could make an NCAA probe tricky: The NCAA has much more limited investigative powers than the FBI with which to handle the many allegations that surfaced in federal proceedings, and it may not get any more evidence than has been presented publicly.

Stan Wilcox, the NCAA’s executive vice president for regulatory affairs, told The Athletic on Thursday that federal officials will not turn over all evidence that the NCAA has asked for.

“There are some wiretaps that were not presented in court, that may have been listened to in judge’s chambers and such, that we would love to get our hands on,” Wilcox told The Athletic. “But that hasn’t been offered to us at this point.”

The government declined to comment following the verdict. Steve Haney, the Michigan-based attorney for Dawkins, told the Star on Friday that he had hoped to introduce additional wiretapped conversation during the trial. He said the conversations would have indicated that a strong relationship existed between his client and Miller.

Haney filed a pretrial motion to have Miller and LSU coach Will Wade testify. U.S. District Judge Edgardo Ramos struck it down, saying their actions were irrelevant to the charges at hand.

“I thought Miller’s testimony could have exonerated Christian on bribery charges,” Haney said. “My whole point in my motion was that if anyone had influence (over players) it was Sean Miller. According to the assistant coach (Richardson), the head coach the whole time was feeding the family and paying the players. If a bribe was to be paid, it was to be paid not to Book but to Sean. I still don’t believe there were any bribes paid to Book Richardson.”

Richardson took a plea deal rather than face trial. His sentencing is scheduled for May 30.

Haney said he wasn’t trying to “create a circus or sideshow” by questioning Miller on the stand. A former player at Loyola Marymount and San Jose State who scored 20 points against Arizona at McKale Center for LMU during the 1984-85 season, Haney said he didn’t care if players were being paid. In fact, he said he believes they should be.

“My aim was never to try to crucify Miller. His own assistant coach did that,” Haney said. “I wanted to establish that there was an extremely close relationship (between Miller and Dawkins), and that Christian never offered Sean Miller any money to steer players toward (Dawkins’ company). If that line of questioning had been allowed, it would have helped. But I respect the judge’s decision.”

Haney said Friday he couldn’t discuss what other evidence might be on hand since it was still covered by a protective court order.

Quoting “sources familiar with the government’s evidence,” ESPN reported in February 2018 that Miller was caught on wiretap in 2017 talking with Dawkins about paying Ayton to ensure he wound up at Arizona.

Dawkins said after the trial that he didn’t have conversations about delivering Ayton. The Arizona-related wiretaps played at trial all occurred long after Ayton committed to the Wildcats in September 2016.

Heiler said the existing allegations alone are cause for concern over the university’s reputation, as well as for the athletes and others involved in “what has been a very fine basketball program for a long time.”

“There are a number of issues that don’t have anything to do with wiretaps necessarily that can be investigated and brought to light,” Heiler said, “and to conclusion we hope as quickly as possible.”

Heiler said he didn’t know how long the NCAA investigation into Arizona might take. If the NCAA doesn’t find any additional evidence involving Arizona — and cannot corroborate allegations that surfaced in the September 2017 federal complaint, the October 2018 trial or the just-concluded trial — it may have to judge the program mostly on Richardson’s guilty plea and the two NCAA violations assistant coach Mark Phelps has been linked to.

The UA suspended Phelps in February for actions that the school said were not related to the federal probe. The UA initially planned to fire Phelps, but is likely to let his contract run out this summer instead.

If nothing else, Miller and the Wildcats could become a test case for NCAA bylaw 11.1.1.1, which says head coaches can be held responsible for the actions of their direct and indirect reports. A head coach can be suspended for up to an entire season for the most serious violations.

Head coaches can avoid problems under bylaw 11.1.1.1 by rebutting the presumption of responsibility, but it is a difficult standard that requires documentation of compliance efforts.

In a 10-page document the NCAA called “Responsibilities of Division I Head Coaches: Understanding rules compliance and monitoring,” it said head coaches should “actively look for red flags of potential violations” in such areas as asking how a recruit paid for an unofficial visit to campus or checking into prospects who are at-risk academically, and ask “probing” questions of staffers.

However it all plays out, with Arizona and other schools implicated in the federal proceedings, one thing is clear: The NCAA has a lot of work to do ahead.

Wilcox told The Athletic that the NCAA is aiming to “get it right” as it begins going full-speed into the investigation process.

“It’s go time,” Wilcox said. “We’re not going to be holding back. We’re moving forward with everything possible in the arsenal we have to collectively change the culture that has come to light.”

With the federal proceedings over, the ball is in the NCAA's court now.

The Wildcast, Episode 194: On NCAA's evidence, UA's schedule and a stellar recruiting class

Justin Spears and Dominic Baciocco dive into the latest headlines surrounding the Arizona Wildcats basketball program after the federal trial.…

Steve Haney said he was only trying to establish that Miller had more influence over players than his assistants.

How will Arizona Wildcats make room for Jemarl Baker?

Barring some scholarship gymnastics, the Wildcats will need another late departure or a subtraction from their 2019 recruiting class.

The Seattle prospect has Arizona and five other Pac-12 teams in his top 10.

Arizona has already been meeting the new nonconference standards.

Scheduled sentencings for Tony Bland and Lamont Evans were also moved up.

Arizona is letting Phelps' contract run out on June 30.

UA seeks to rent office space near White House for $1.2M a year

If approved, will join ASU with significant footprint in nation's capital.

A member on the Arizona Board of Regents said some information presented in the latest college basketball federal trial "is obviously significant" if it represents facts. An NCAA probe is ongoing.

Jay Heiler, member of the Arizona Board of Regents.