PHOENIX — T.J. Warren scored 25 points in his return to Phoenix, Domantas Sabonis added 24 and the Indiana Pacers rolled to a 112-87 victory over the Phoenix Suns on Wednesday night.

Warren was playing his first game against the Suns after being traded from Phoenix to Indiana during the offseason. The sixth-year forward — who played his first five years with the Suns — shot 11 of 18 from the field.

Sabonis added 13 rebounds. The Pacers have won six of their past seven games and stretched their winning streak against the Suns to six.

A pair of former Arizona Wildcats standouts factored into Wednesday's game. Philadelphia guard T.J. McConnell scored 10 points and dished 11 assists in 27 minutes after replacing Malcolm Brogdon, who left in the second quarter to get three stitches for a cut on his forehead. Brogdon scored five points and had three assists. He came into the game averaging 17.4 points and 7.4 assists.

Arizona coach Sean Miller made the trip to Phoenix to watch his former players square off.

Great to watch a couple of ‘Cats go at it tonight in Phoenix! #APlayersProgram pic.twitter.com/iySTM4BXJj

Phoenix never led and trailed by 25 by midway through the third quarter The Suns missed their first 11 shots from 3-point range before Elie Okobo hit one late in the third.

Indiana led 54-48 at halftime. Warren and Sabonis both scored 12 points for the Pacers before the break. Booker scored 14 points for the Suns. They lost both games of a two-game homestand.

Copyright 2020 The Associated Press. All rights reserved. This material may not be published, broadcast, rewritten or redistributed. 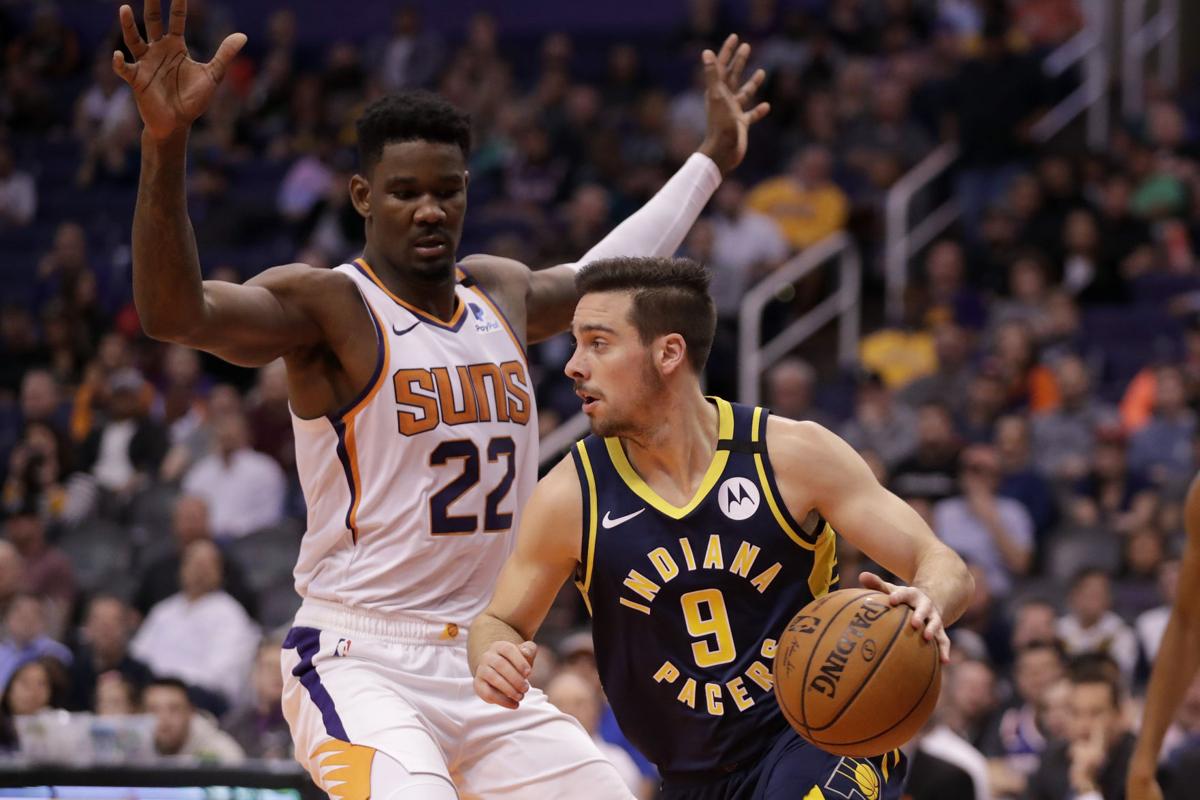 Indiana Pacers center Myles Turner (33) knocks the ball away from Phoenix Suns center Deandre Ayton (22) during the second half of an NBA basketball game, Wednesday, Jan. 22, 2020, in Phoenix.