Arizona freshman forward Zeke Nnaji had yet another impressive performance Sunday against New Mexico State, posting 19 points and making all seven of his shots from the field.

Going back to Arizona’s win over Illinois last week, Nnaji has made 17 consecutive field goals since the five-minute mark in the second half against the Illini.

How does Nnaji’s first four games compare to other notable frontcourt players under Sean Miller?

Derrick Williams scored 53 points and shot 51.7% in his first four games. Lauri Markkanen scored 78 points on 55.5% shooting while Deandre Ayton — who Miller described as a generational talent when he was at the UA — scored 83 points on 59.6% shooting.

NBA Finals MVP Andre Igouldala made his return to McKale Center and received a standing ovation from the crowd.

The former Wildcat was traded by the Golden State Warriors to the Memphis Grizzlies this summer, but hasn’t played a minute for the Grizzlies this season. Memphis has the option to either trade Iggy or buyout.

On call for the Arizona-New Mexico State game on Pac-12 Networks was play-by-play announcer Roxy Bernstein … and Mr. Conference of Champions himself, Bill Walton, as the color analyst.

Sunday was Walton’s first game at McKale Center this season and stayed in Tucson for a couple days after his UCLA-UNLV broadcast Friday night. Walton will be on the broadcast for Arizona’s neutral site game against St. John’s at the new Chase Center in San Francisco.

Icing on the cake

How’s a 30-point win for a birthday present sound?

Two different Wildcats celebrated birthdays over the weekend, as Josh Green turned 19 on Saturday and Sean Miller turned 51 on Sunday.

On that night, the 15th-ranked Wildcats won 81-72 in Madison Square Garden behind Solomon Hill’s 15 points.

UA representatives currently in the NBA compared to New Mexico State. Since the NBA was founded in 1946, the Aggies have sent 15 players to the league, but the most notable one is Toronto Raptors forward and Cameroon native Pascal Siakam.

Last season, Siakam won the league’s Most Improved Player award and helped the Raptors win an NBA title. He was rewarded. Over the summer, Siakam signed a four-year, $130 million extension.

Every writer agreed on all 10 of the predicted games except for Borzello, who picked the Aggies to beat Arizona 70-68.

Arizona pummels Aggies by 30 to continue red-hot start to season.

The Cats and Utes will get going a little after 8 p.m. on FS1. 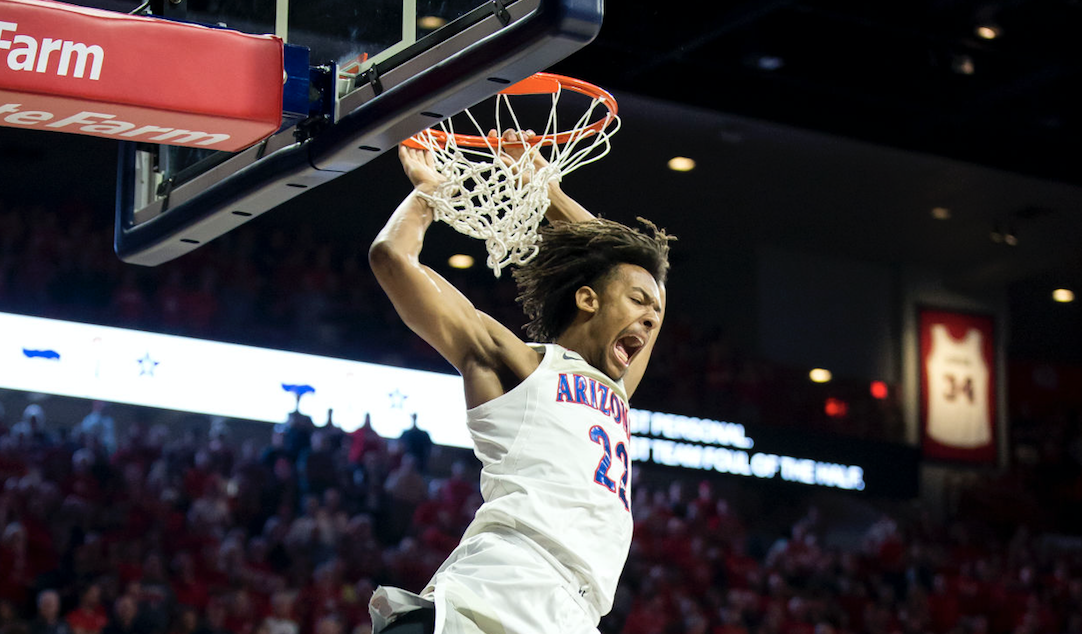 Arizona Wildcats forward Zeke Nnaji (22) yells after a dunk during the first half of Arizona vs New Mexico State men's basketball game at McKale Center in Tucson, Ariz., on November 17th, 2019. 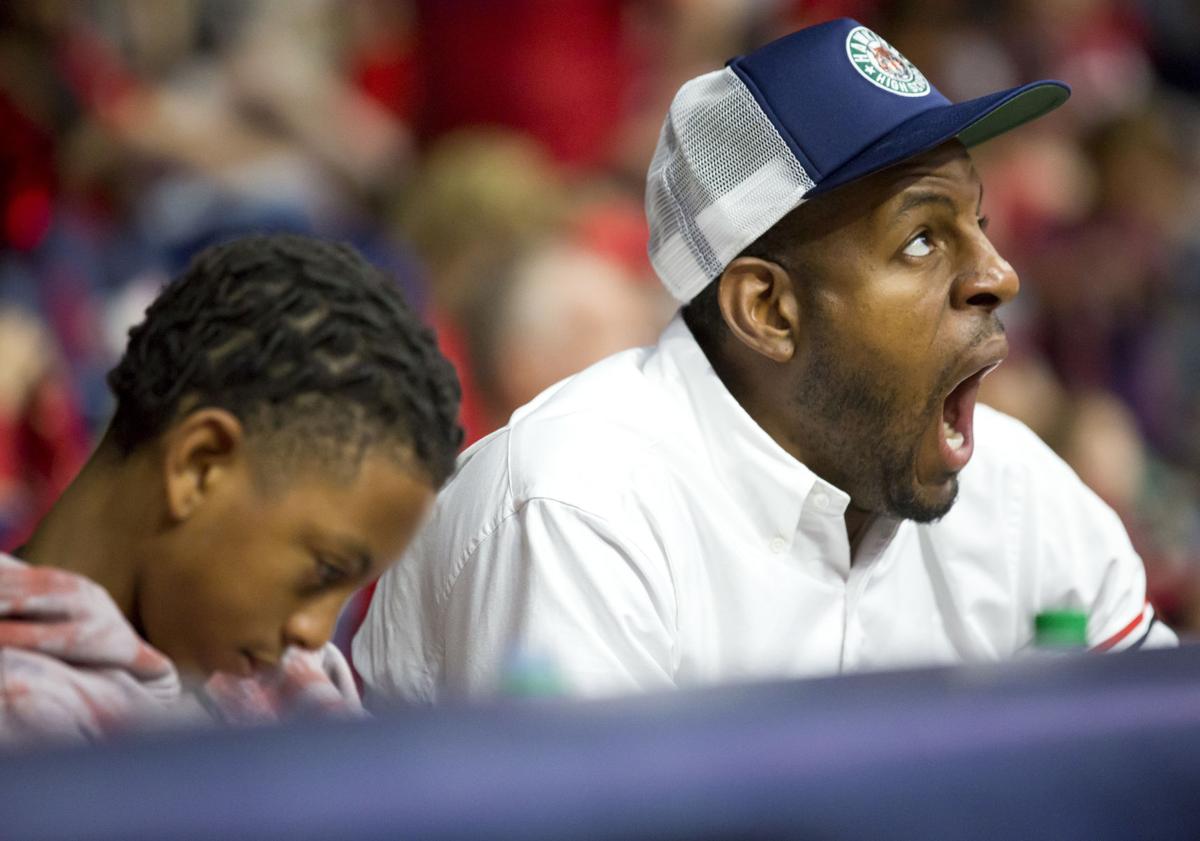 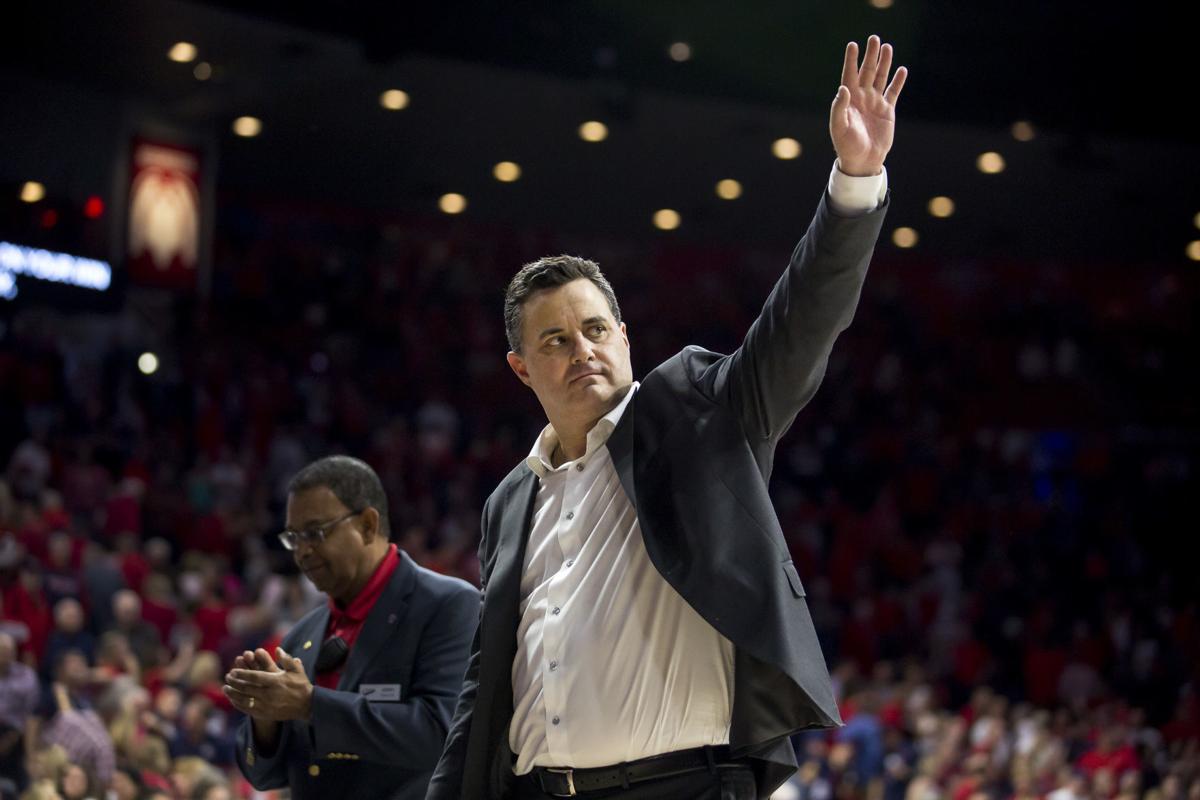 Sean Miller waves to fans after the announcer tells him “Happy Birthday” after Arizona’s 83-53 win over New Mexico State on Sunday afternoon. 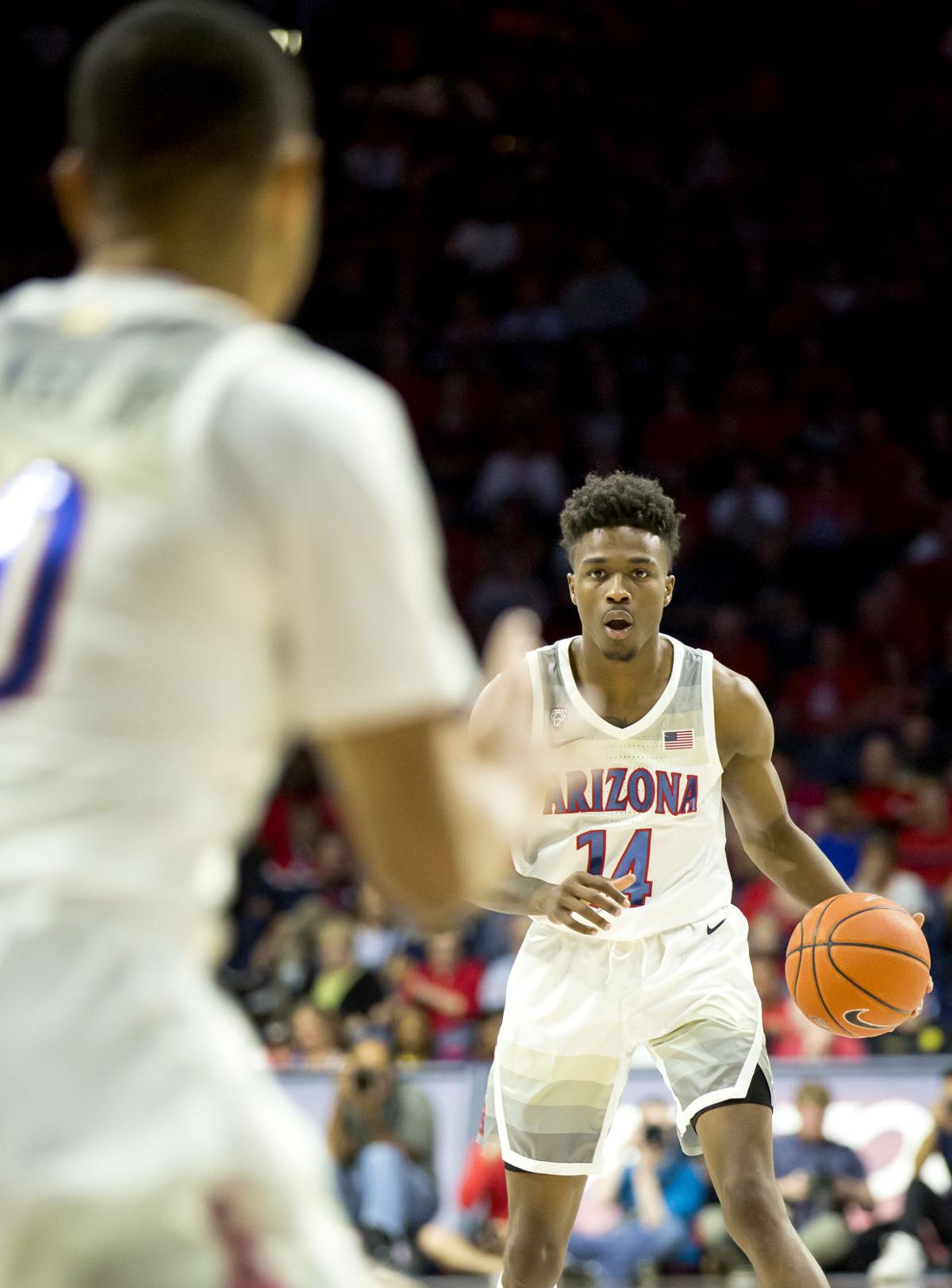