Can colleges make student-athletes feel safe enough to return to campus? Tucson's Carrie Cecil has a plan
Share this

While pundits throughout college athletics debated whether sports could — or even should — be played during the COVID-19 pandemic, Carrie Cecil and her team at Anachel Communications thought a lot about safety.

Not how to keep the sports community safe, but how businesses including universities and athletics departments were going to sell their safety protocols to the public.

It’s one thing to put in place the testing and policies to keep people safe. But they won’t be comfortable, and may not return, she reasoned, unless they feel safe, too.

Cecil, a native Tucsonan, the wife of UA senior defensive analyst Chuck Cecil and a longtime expert in crisis and litigation communications, has been working with public and private sector officials and experts nationwide to build guidelines and a resource kit to help businesses to navigate their messages during the pandemic.

She calls it, naturally, S.A.F.E. — an acronym that stands for Strategic, Accountable, Flexible and Factual and Effective and Efficient. This week, S.A.F.E. launched for colleges and their athletic departments.

The S.A.F.E. plan, which is free to download at Anachel.com, lays out how universities — and athletic departments — can best handle the flood of COVID-19 information that comes in seemingly by the day. Football programs nationwide have already reported positive coronavirus tests among their athletes, with Houston canceling voluntary offseason workouts as a result. The odds say more schools will follow, and that their leadership will continue to flip-flop.

With it, Cecil says, comes negative attention that can batter a school’s reputation and impact its bottom line. “New health and safety practices are only one half of the equation,” she said. “How and when you communicate these new best practices will influence the perception of your actions, your brand, your revenue and possibly your tenure.”

The Star talked to Cecil, who is a weekly contributor during the UA football season, about the ANACHEL S.A.F.E. plan, what schools are doing well in uncertain times — and how they can improve:

A: “My goal wasn’t to give it away, I’m a private sector CEO. I run a business. Six weeks ago, our company’s plan was to reach out to our partners and clients. Everyone from elected to officials, CEOs, sports governing bodies, board of regents, university presidents, conference commissioners, athletic directors, coaches — and see how we could plug-in to help supplement their communications’ plans. The problem was, at that time, they didn’t have one. No one did.

“They were focused on safety, not communicating safety. So, I talked to my partners about building one. The challenge was — and still is — that the pandemic age has forced us to acknowledge what is known and what is unknown exists on a continuum. There are daily changes to health and safety precautions that are up against a multitude of personal and professional approaches to disease mitigation and beliefs about the pandemic. A pandemic isn’t a plane crash; it demands new communications strategies, tactics, workflows and personnel. But, I’m a Cecil; I like a challenge.”

That answers the why create it, but why give it away?

“Our closest friends — in high places — were working from 4 a.m. until midnight writing their pandemic age reentry plans. Zooming their lives away. Worried. Waiting. Wondering. But life is a contact sport, and I’m a team player. If they were going to figure out how to potentially help hundreds of thousands of constituents return to learning and competing in a safe environment, this is how we help them bring their proverbial ball over the goal line.”

Have you seen an operational reentry plan that would allow the 2020 football season to be played safely? And if so, which one is leading the way?

A: “Safe for who? At a Power Five Conference football game you have at least 900 people without the fans. Up to 125 athletes per team, 20-plus coaches, trainers, officials, medical personnel, security, university and athletic department personnel, VIPs, recruits, media — the list goes on and on. Now, hypothetically, add 50% fan capacity. Let’s just say 20,000 people, plus ticketing folks, parking, concession stands. Pick a group? Safe for who? I leave that to the doctors. But I will say that I have seen some very thorough plans. Plans that give me hope! And while I haven’t done a dive into all of the Pac-12 schools’ plans, I may have implicit bias to an Arizona school whose president is a doctor and whose COVID-19 task force is led by the former U.S. surgeon general. As to who is leading the way, our job isn’t to question their plans, our job is to execute the communications of their plans, which makes us reentry operational plan agnostic.”

What’s at stake if universities don’t handle their crisis management and communications the right way?

A: “New health and safety practices are only one half of the equation: how and when universities communicate these changes will influence everything from their brand equity to enrollment, revenue, and possibly stakeholders’ tenures.”

S.A.F.E. touches again and again on the need for people to feel safe. What can universities do — outside of testing and tracing, of course — to convince students, their parents, employees and even sports fans that it’s OK to return to campus?

A: “Consistency, clarity and authenticity are the Holy Trinity of messaging. With COVID-19, many universities are creating their ‘here’s what we’re doing’ plan, and its usually found on their website or provided during weekly press conferences or an occasional television interview. But they also need a messaging hierarchy plan that articulates their back-to-school and back-to-play protocols in understandable human terms. Coaches can’t regurgitate the standard ‘we’re dedicated to the blah blah blah’ when a mom or dad wants to know how you’re going to keep their child safe if his roommate tests positive.”

What does the public look for from leaders in a time of crisis?

A: “During a crisis, constituents want to know what happened, why did it happen and how are you going to ensure this doesn’t happen again. This year COVID-19 went from an isolated occurrence of a respiratory illness caused by the novel coronavirus to a global pandemic in less than four months. We didn’t — and in some ways still don’t — know what hit us. We barely understand the what and why, and the how are you going to fix it hasn’t been determined yet.

To enlist public trust during COVID-19, good leaders listen. They engage with honesty and empathy, present real facts, and offer tangible next-steps and/or solutions. Today, they cannot just do the right things; they have to have the right narratives to address issues head-on, that inspires a sense of unity and purpose and enlists the public to all row the boat in the same direction. It’s a very unique balance.”

How do you think media access will change in the wake of the pandemic?

A: “We have to follow CDC guidelines for all interaction, including media access to events or press conferences. Shoving 20 journalists, five camera crews, various university personnel and student-athletes and coaches in a 20x20 room is idiotic. We’ve already revised game plans to accomplish safe engagement for interviewers and interviewees to have great pressers.”

Are the days of news conferences over?

A: “I sure hope not. We need journalists to be able to ask questions freely. With digital, they can be muted or passed over. We’ve already seen this happen. Thankfully, we’ve also witnessed great leaders holding very safe pressers following recommended guidelines.”

Given who you are (and who lives in your house), you have a major rooting interest in college football. What do you think: Will there be games?

A: “I believe sports unite us. I never realized how much I love sports until they were gone. And I understand that without college football, particularly for the Power 5 Conferences, athletic departments and universities will lose billions of dollars. It’s not about greed; it’s about not being able to provide scholarships, cutting other sporting programs and laying off thousands of employees. Thus, I pray that it is safe enough for some variation of college football to be played.”

What must be done to make sure football is played safely?

A: “If I had the answers to what would make it safe to play football right now, I’d be a very wealthy woman.”

Would you go to a football game tomorrow, if given the chance?

A: “With the right safety measures, which I don’t believe exist today — but they are working hard to identify — I would go. So that’s a really positive way of saying, we’ll just have to wait and see what tomorrow holds.”

Carrie Cecil: Football — and fluids — pump through our veins during busy week

Dozens of drivers pushed Wallace's car to the front of the field before Monday’s race as FBI agents tried to find out who left a noose in his garage stall over the weekend.

“It’s absolute death for this industry to keep acting as it has been. Both sides,” Cincinnati pitcher Trevor Bauer tweeted in a rare instance of a player criticizing the union.

The two sides are still discussing what safety protocols will need to be in place before baseball can be played again.

Baseball is set to open in late July in what could be the strangest season in its history. 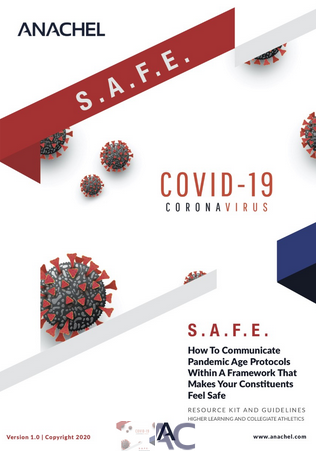 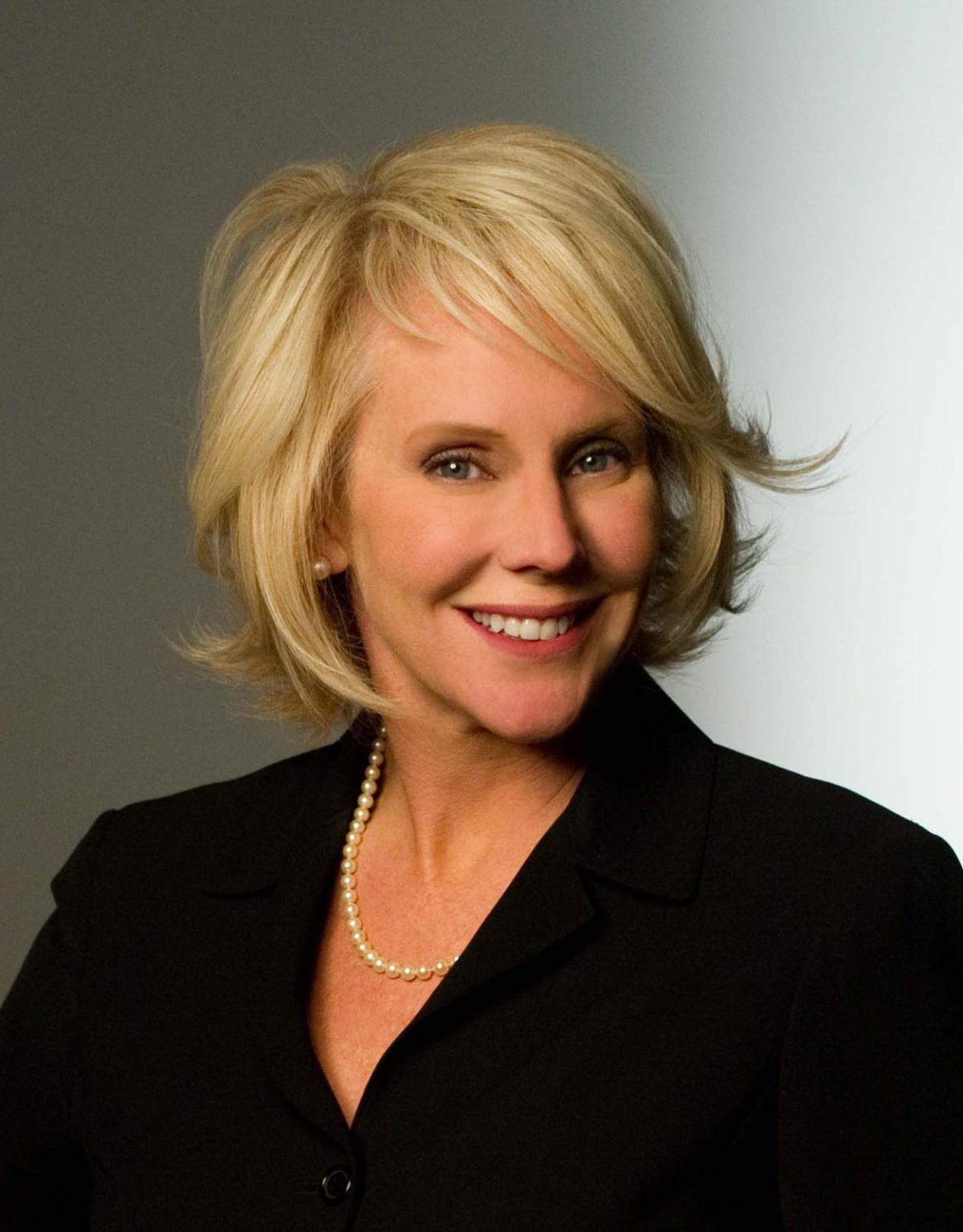