One of two federal lawsuits related to the UA’s handling of abuse complaints against former Wildcats running back Orlando Bradford was dismissed Wednesday.

The plaintiff’s lawyer, Isabel Humphrey, said she would likely be filing post-trial motions and/or an appeal in the upcoming weeks.

“We respect the District Court’s decision to grant the motion for summary judgment, and we wish only the best for (the plaintiff) and her future success,” the UA said in a statement provided to the Star.

In September 2016, Bradford was arrested after the plaintiff in the now-dismissed lawsuit — a fellow UA student — told Tucson police he held her against her will in his off-campus apartment and physically abused her over the course of two days. The next day, a second student came forward and said Bradford had also been abusing her for several months.

The Star does not typically name victims of domestic or dating violence.

The UA immediately kicked Bradford off the football team. A year later, he pleaded guilty to two counts of domestic violence-related aggravated assault and was ultimately sentenced to five years in prison.

In September 2017, the first woman to call police filed a lawsuit against the state on behalf of the UA, saying officials knew Bradford was a danger to female students but failed to take appropriate action to protect her. The case, which accused UA officials of violating the woman’s Title IX rights to an education free from discrimination, negligence and intentional infliction of emotional distress was removed to federal court a month later.

Chief U.S. District Judge G. Murray Snow said in his ruling that lawsuits of this nature are only available when the recipient of federal funding “had adequate notice that they could be liable for the conduct at issue.”

The woman said Bradford’s assault on her took place away from the UA campus. She based her claim in the lawsuit on the UA’s knowledge of Bradford’s abuse of the second student to report him to police and a third student who did not file charges, the ruling says.

Because the plaintiff used the UA’s knowledge of prior harassment as the source of the UA’s liability to protect her, she needed to prove that the UA exercised control over the environment of her harassment, which she failed to do during the discovery process, according to the ruling.

“We work very hard to engender trust in the reporting process and an understanding that we want students to report so we can respond with resources and support, knowing that we take complaints seriously, react quickly and endeavor to address their short-term and long-term needs,” said Mary Beth Tucker, the UA’s interim associate vice president of equity and Title IX coordinator.

“The people who work on the front lines of Title IX do so because they care deeply about these issues and want them addressed.”

The second lawsuit, filed in January 2018 by the second student to report Bradford to police, is scheduled to proceed to trial later next month, court records show.

“We also encourage any student needing assistance to access the support resources available at the university, including the assistance of the Dean of Students Office, the Survivor Advocates and our health services,” the UA said in its statement about the ruling.

If you are a University of Arizona student and would like to file a Title IX complaint, contact the Dean of Students Office at 621-7057.

"I’m just sad right now,”  said one UA fan who was awaiting her daughter's visit for the Pac-12 Tournament.

Employees include former UA football coach Rich Rodriguez, who said he threw away files after he was fired in January 2018.

Young, talented Arizona Wildcats struggled with learning curve during season of 'if'

The Arizona Wildcats were both mesmerizing and maddening during the 2019-20 season. And then an inconsistent season finished in the strangest way imaginable.

Fans who purchased tickets to Arizona Wildcats games in the spring will receive credit to attend future UA events.

Arizona has reportedly reached out to another Wichita State guard.

The final ranking for Arizona is the best finish since the 1998 season.

Tucson running expert: Walk, jog, play outside during coronavirus isolation — 'just don't do it too hard'

The club hockey team was slated to make its second consecutive appearance at the American Collegiate Hockey Association National Championship Tournament on March 19.

Tucsonans who participate in the up-and-coming dog sports say they love the community they've found and that any dog can be a competitor.

Golf was still humming at Tucson's five city-owned courses in March, with a slight increase of weekend rounds, perhaps due to the lack of live sports on TV.

The suit was filed in January 2018 by one of two students who reported Bradford to police in September 2016, saying that he repeatedly hit and choked them during the course of their relationships.

The federal lawsuit accused the University of Arizona of exercising "deliberate indifference" in its handling of dating violence allegations against a now-imprisoned former football player. 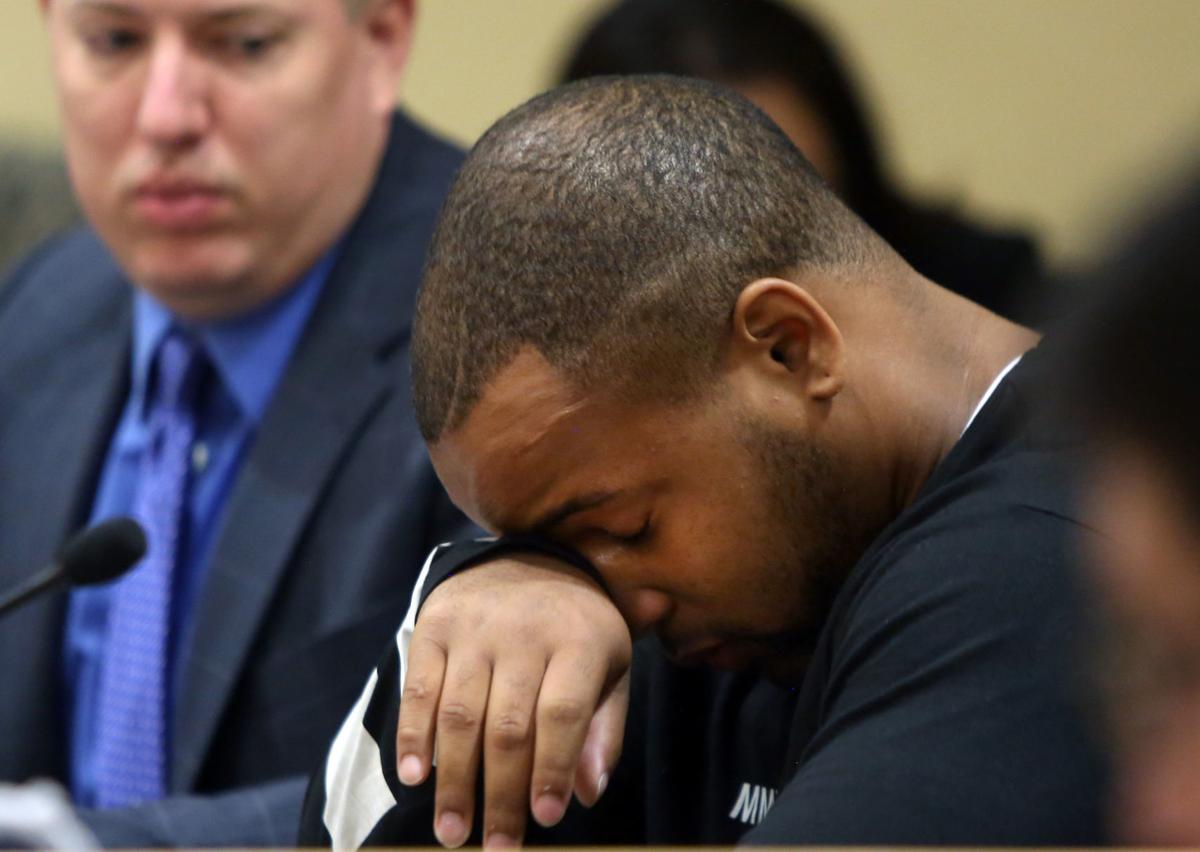 Former Wildcats running back Orlando Bradford pleaded guilty to two counts of domestic violence-related aggravated assault and was sentenced to five years in prison in 2017. 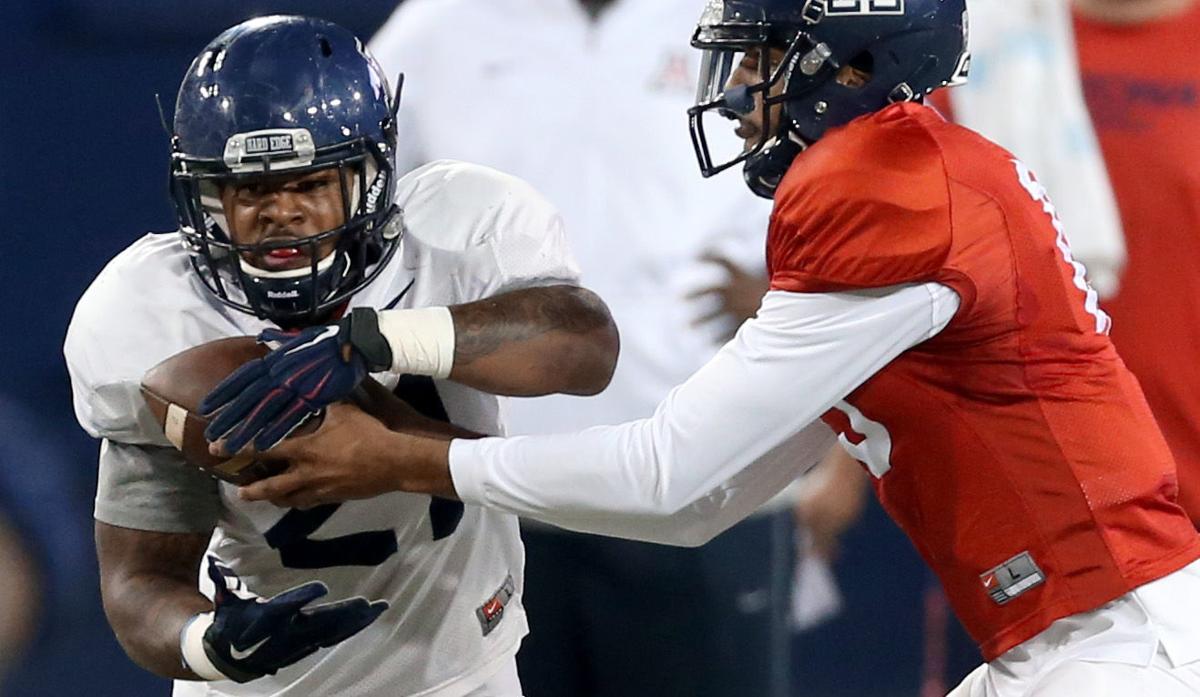 One of two federal lawsuits related to the UA’s handling of abuse complaints against Bradford was dismissed. The second lawsuit is scheduled to proceed to trial later next month.