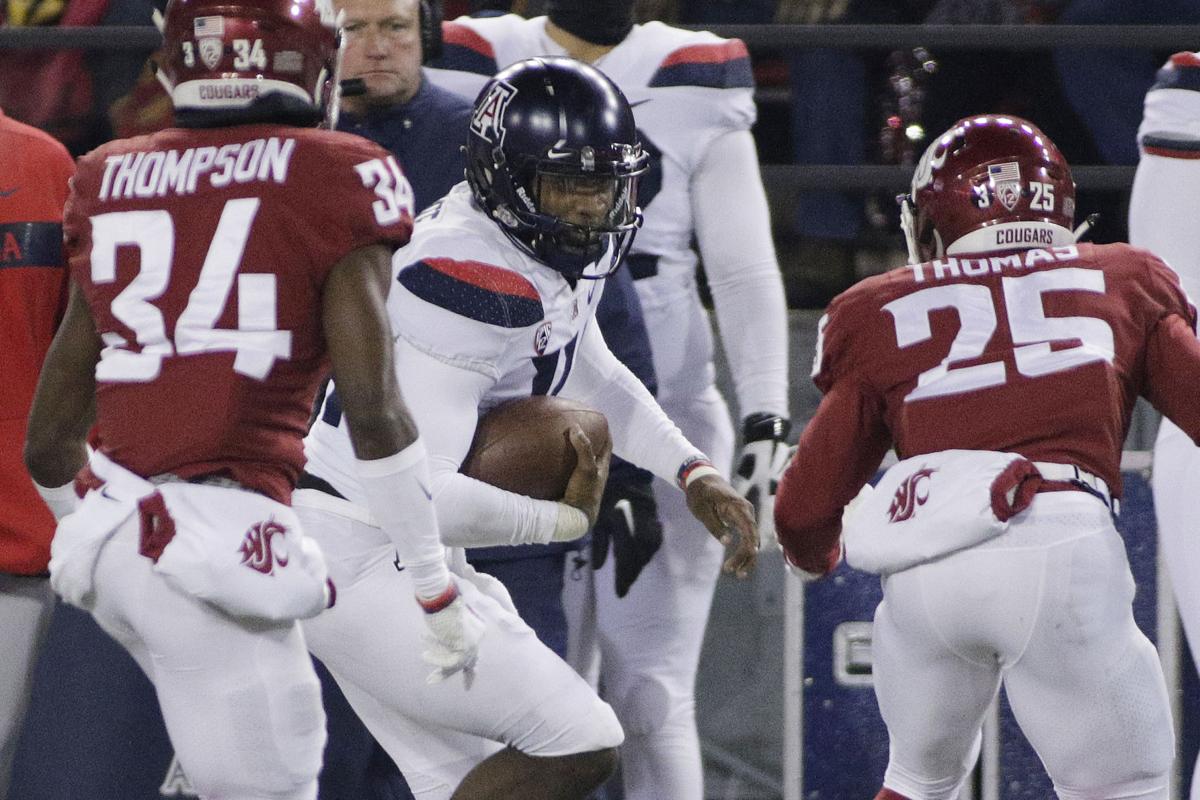 Quarterback Khalil Tate and the UA found little room to work in the first half as WSU racked up 55 points in 30 minutes. 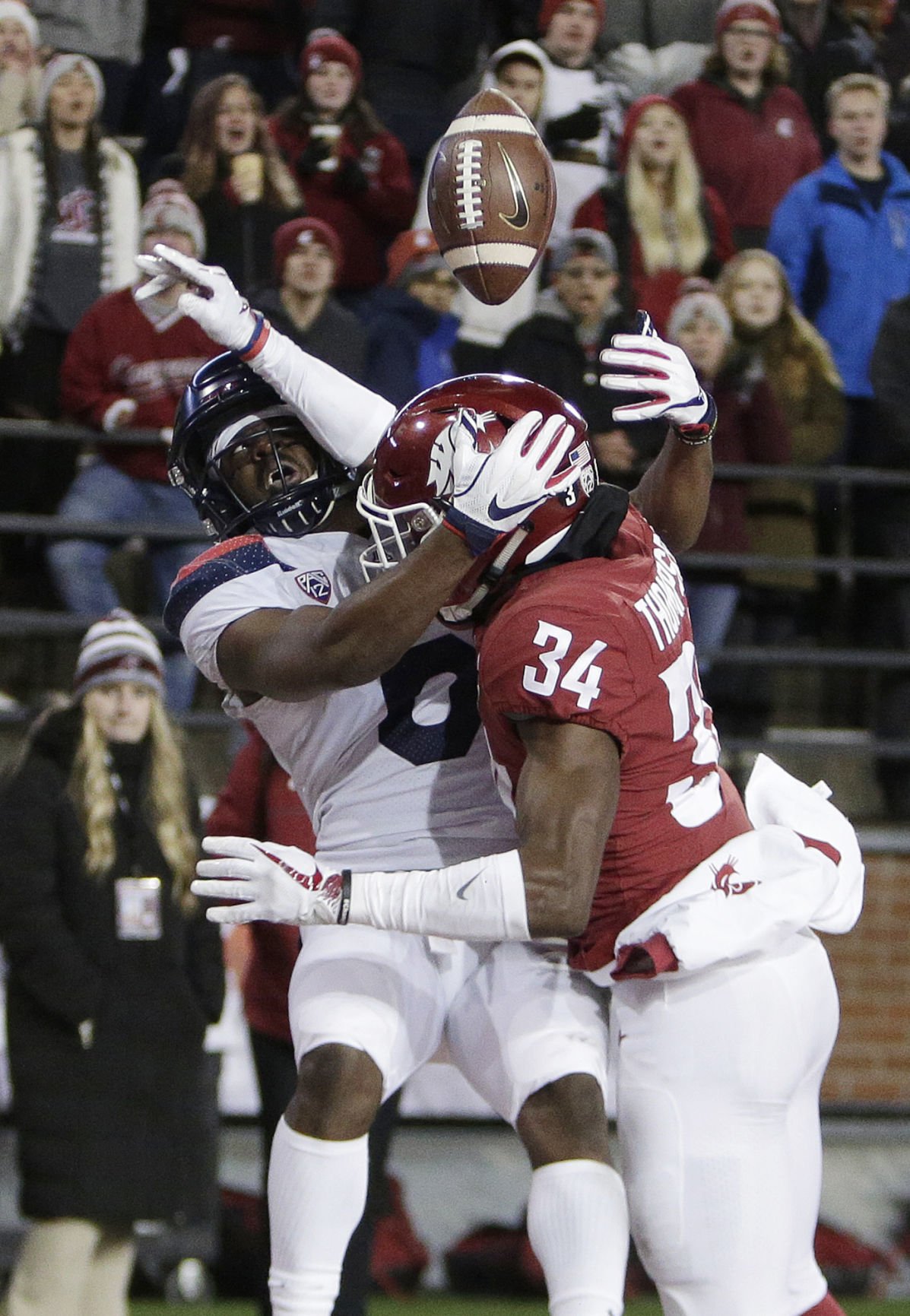 PULLMAN, Wash. — Look at the bright side, Wildcats fans: Arizona still can qualify for a bowl game with a win over rival Arizona State next week. Nothing that happened Saturday night changes that.

But man, what did happen Saturday night was alarming.

Arizona lost to No. 8 Washington State 69-28 on frigid evening at Martin Stadium. The Wildcats looked like they were still on their bye week in the first half, when they allowed an astonishing 55 points — the most ever in a half by a UA opponent. The previous record of 52 had stood since 1923.

The first half was reminiscent of the opening halves against Houston and Utah earlier this season. The Wildcats trailed the Cougars 31-0 at the break. They trailed the Utes 28-0.

This seemed worse, for a variety of reasons, and conjured memories of Arizona’s last trip to Pullman — a 69-7 drubbing in November 2016.

At least there’s an upside this time. That Arizona team was eliminated from bowl contention that day. This one — which won two straight before the bye — still has a chance.

The Wildcats can square their record at 6-6 and earn a bowl berth with a win over the Sun Devils. That wasn’t what Arizona was hoping for before the season, but it wouldn’t be such a bad outcome after an 0-2 start.

The Wildcats had insisted earlier in the week that the outcome of that game would have no bearing on their performance in Pullman. But Arizona sure looked like an uninspired club in the first half.

Washington State rolled up 407 yards. Cougars quarterback Gardner Minshew II completed 28 of 33 passes for 311 yards and five touchdowns. Arizona’s defense was so porous, WSU had only three third-down attempts. The Cougars had nine possessions in the first half and scored touchdowns on eight of them.

The Wildcats rarely pressured Minshew, struggled to cover WSU’s receivers, committed a boatload of costly penalties and put the ball on the ground five times.

The low point: After the Cougars had expanded their lead to 34-14 in the second quarter, Cedric Peterson was unable to field a short kickoff.

The ball skidded past Peterson, got batted around and eventually was recovered in the end zone by Washington State’s Kaiona Wilson for a touchdown.

On the ensuing possession, on third-and-5, Khalil Tate bobbled a snap, retreated and had to throw the ball away for a 25-yard intentional-grounding penalty.

With the score 48-14, Arizona drove to the WSU 3-yard line. But Gary Brightwell, fighting to cross the goal line, fumbled the ball into the end zone, where Washington State’s Marcus Strong recovered it for a touchback.

The Cougars took over at their 20 with 40 seconds left in the half. They needed only two plays to go 80 yards and top the 50-point mark.

Minshew hit Max Borghi for 30 yards and Tay Martin for 50, making it 55-14 with 10 seconds left in one of the worst halves in Arizona football history.

Arizona played respectably in the third quarter, outscoring Washington State 14-0. Tate threw a pair of touchdown passes, giving him four for the game. The second went to Shawn Poindexter. It was the sixth straight reception for Poindexter that resulted in a touchdown. He has eight in his past four games.

The fourth quarter resembled the first two. Minshew threw two more touchdown passes, giving him seven for the game, a Cougars record. WSU remains alive for the College Football Playoff and will face Washington on Friday to decide the Pac-12 North.

After the wacky second-quarter kickoff that ended in a Cougars TD, Peterson fumbled the ensuing kickoff. He recovered that one.

On the next kickoff, Brightwell signaled for a fair catch. He might as well have waved a white flag.

Top photos of Arizona's final road game of the season as the Wildcats get thumped by Washington State in Pullman.

Arizona's athletic director talks about a variety of topics in a Q&A with the Star.

Notes and takeaways from warmups before the Cats-Cougars game in Pullman.

The UA needs one win in its final two games to qualify for a bowl berth.

Watch: Breaking down Arizona’s loss to Washington State, looking ahead to ASU

The Star’s Michael Lev tries to figure out what happened in Pullman and looks ahead to the Territorial Cup.

Watch: Arizona LB Tony Fields 'had to keep it positive' in unsettling loss to Wazzu

The Star's Greg Hansen takes on an assortment of topics from roommates, the hysteria surrounding Gardner Minshew, and Kevin Sumlin's Pullman r…

Field Pass: Matchups, starters and stats to know for Arizona vs. Washington State

Star reporter Michael Lev breaks down key matchups, strategy and starters for both Arizona and Washington State on a chilly night in Pullman, …

What to watch for when the Arizona Wildcats visit No. 8 Washington State

Three things to keep an eye on when the Cats face the Cougars in Pullman.

The Wildcats will know whether they’re still alive in the division race before kickoff; they vow it won’t affect them either way.

Justin Spears, Ryan Finley and Michael Lev get back into the studio before Arizona's tough game on the road against No. 8 Washington State. Wh…

Notes, quotes and stats from the Arizona Wildcats’ 69-28 loss to Washington State

The Star's exclusive, in-depth breakdown of the Cats' performance against the Cougars.

Arizona coach Kevin Sumlin: Territorial Cup vs. ASU is not 'just another game'

Highlights from Sumlin's weekly news conference as the Wildcats begin preparations for their annual meeting with the Sun Devils.

Returning to Arizona next year is a strong 'option' for CB Jace Whittaker, his father says

The senior cornerback can use a redshirt this season after appearing in only one game because of injuries.

Quarterback Khalil Tate and the UA found little room to work in the first half as WSU racked up 55 points in 30 minutes. 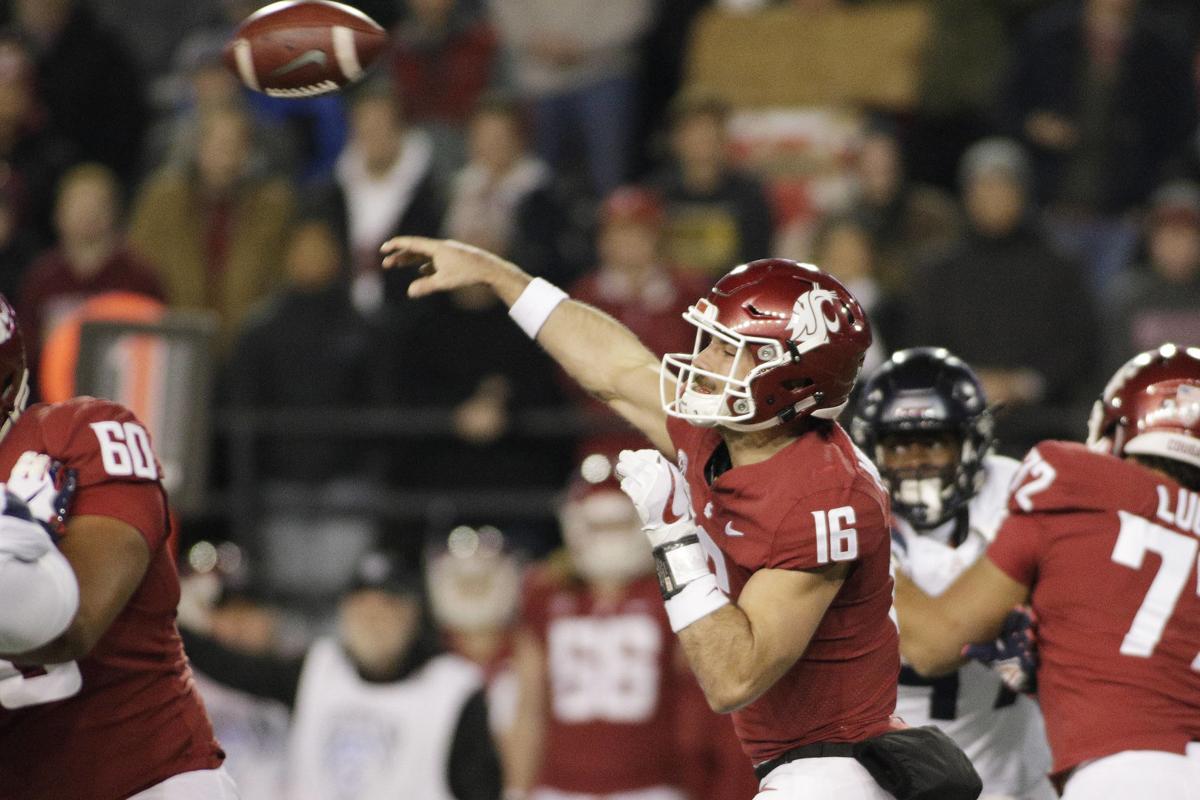 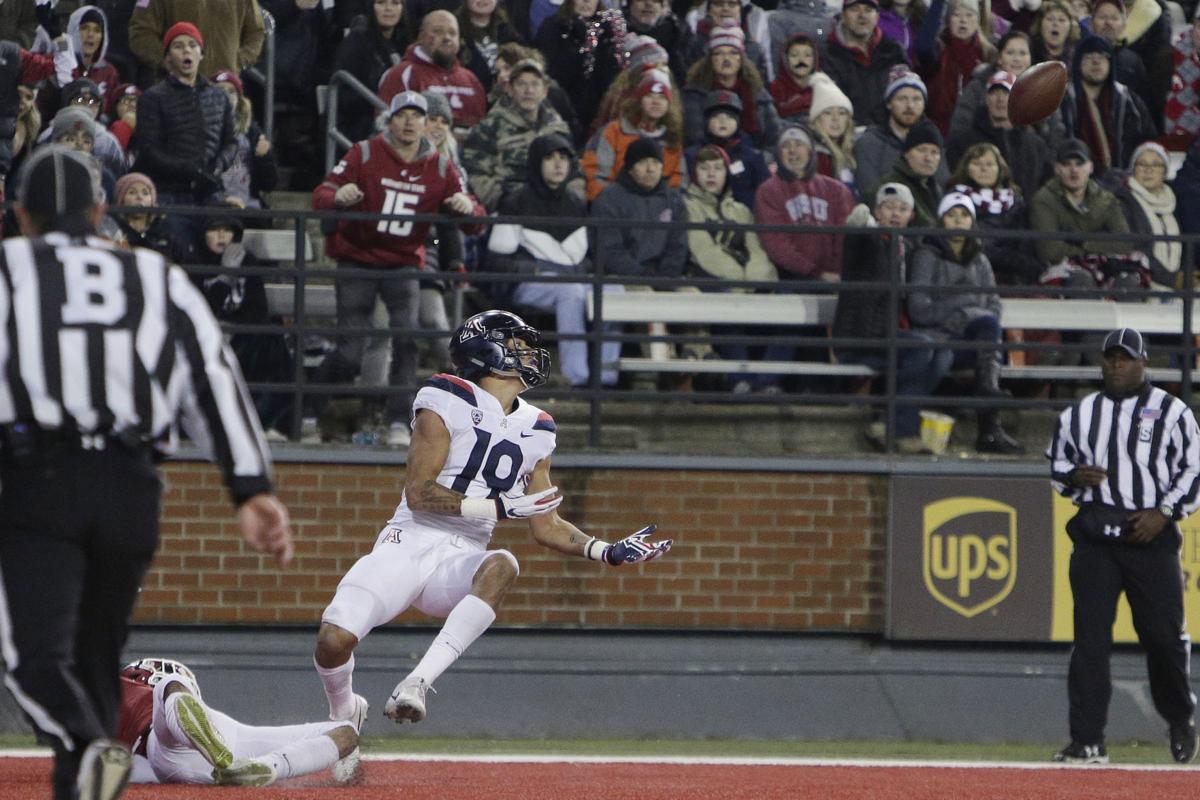 Arizona wide receiver Shawn Poindexter looks at the ball before catching a pass for a touchdown in the fist quarter. He also caught a touchdown pass in the third quarter in Pullman, Washington.