Arizona safety Gunner Maldonado got ink this year — and we’re not talking about signing his national letter-of-intent as a transfer from Northwestern.

The Chandler native covered his left arm with tattoos this offseason. In addition to an image of Jesus on the cross and his mother’s initials, Maldonado has two other notable tats: a portrait of Guns N’ Roses guitarist Slash and famed UFC fighter Conor McGregor.

“I play guitar, and he’s one of the first guitar players where I was like, ‘That dude is crazy at guitar,’” Maldonado said of Slash as he and the Wildcats prepared for Saturday night’s game vs. NAU at Arizona Stadium, which was still being played when the Star went to press. “He’s my favorite guitar player.”

Maldonado’s tattoo of McGregor on his inner forearm is a two-parter: the top features an image of the Irish fighter roaring, with the bottom has McGregor praying after a fight.

“I love when he fights, but I love how he is outside of the ring. They call him Mystic Mac for how he speaks things into existence,” Maldonado said. “He’s confident, but he’s humble in defeat. That’s what this tattoo means: He’s fierce, but humble in defeat. My tattoo artist made it look nice.”

Maldonado isn’t as boisterous as the former featherweight world champion, but he tries to emulate McGregor’s fortitude.

“I don’t think I’m as vocal as Conor McGregor is,” said Maldonado, ”and I don’t think I ever will be like that, but I definitely want to play with that confidence he has when he’s fighting in the ring.”

Maldonado plays the electric guitar, though his football schedule prevents him from practicing as much as he’d like to.

“It’s hard to play it every day, especially in college football, but I’ve been playing on and off since the eighth grade,” he said.

Chandler Hamilton appeared to be on its way to a loss to seventh-ranked Bishop Gorman, a national powerhouse from Las Vegas.

Bishop Gorman led 24-7 with 1:09 left to play in Friday night’s national televised showdown when when the Huskies rallied back. Hamilton connected on a field goal and two touchdowns, recovered two onside kicks and converted a two-point conversion to win 25-24. Hamilton quarterback Nicco Marchiol, a West Virginia commit, ran in the game-winning 2-point conversion.

Remember when? (Probably not)

That one loss? The Lumberjacks took down the Wildcats 7-6 during the 1932 season.

The Star wrote that “the Northern Arizona State Teachers college Lumberjacks upset the dopesters tonight to defeat a heavily favorite University of Arizona eleven 7 to 6. Two aerial thrusts, the only successful ones by the northerners, paved the way for their winning touchdown. Another pass resulted in the extra point.”

The win impressed NAU professor English professor Mary Hill so much that she erected a 25-pound copper ax to commemorate the win. The ax remains cased at the Cline Library on NAU’s campus in Flagstaff.

“George is an outstanding individual and a very good person to be around. It was important for him to be on campus, to hear from our coaches, to hear from our staff, to hear from our student-athletes. He visited campus administration and really got a feel for what the University of Arizona is all about. Because really, you’re all about 12 institutions, the activities, the energy, the culture on the campus. … George’s leadership is going to be positive, and I think the future of our conference — we’re positioned really well. … Leadership in your conference is incredibly important to pull everything together.”

The Star's longtime columnist checks in with a look at the highest-paid ex-Wildcats in professional sports, Manny Barreda's long path to the big leagues, and why Pac-12 commissioner George Kliavkoff's visit to Tucson is a welcome change.

Former UA football players went to Twitter to express their displeasure with Arizona following the Wildcats' 21-19 loss to Northern Arizona. 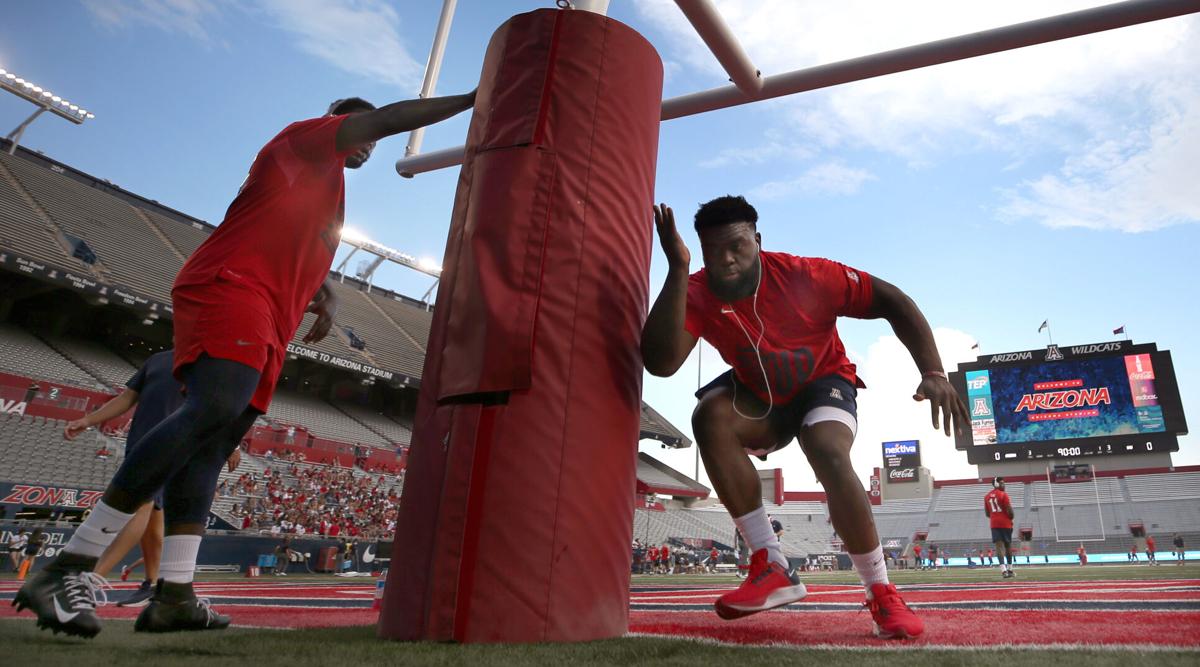 Arizona defensive linemen Mo Diallo, left, and Leevel Tatum III use the goalpost to get dialed in for Saturday’s game against NAU at Arizona Stadium. Saturday’s game was still being played when the Star went to press. For complete coverage, visit Tucson.com or check out a special e-edition off the game at Tucson.com/eedition. 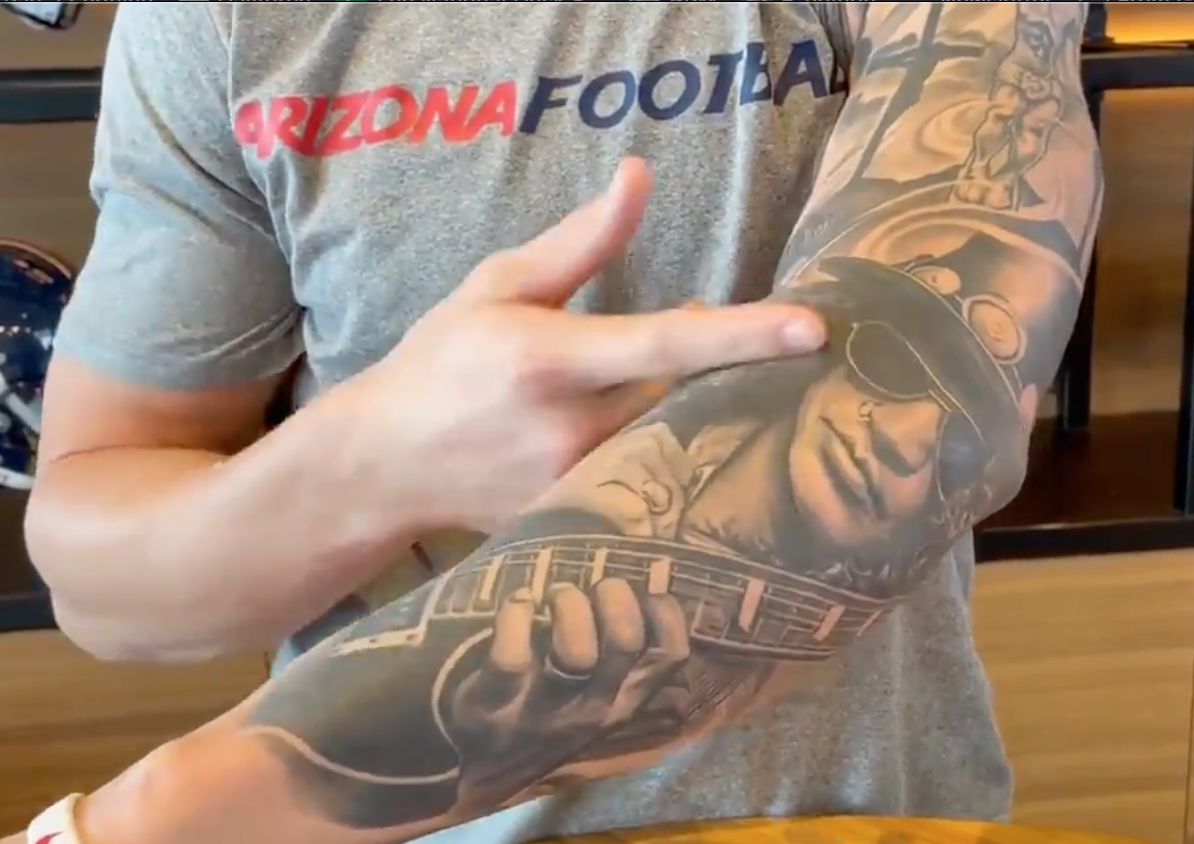 Arizona safety Gunner Maldonado has a tattoo of Guns N’ Roses guitarist Slash that spans the nearly half his left arm. Slash shares space with tattoos of Jesus and MMA fighter Conor McGregor. 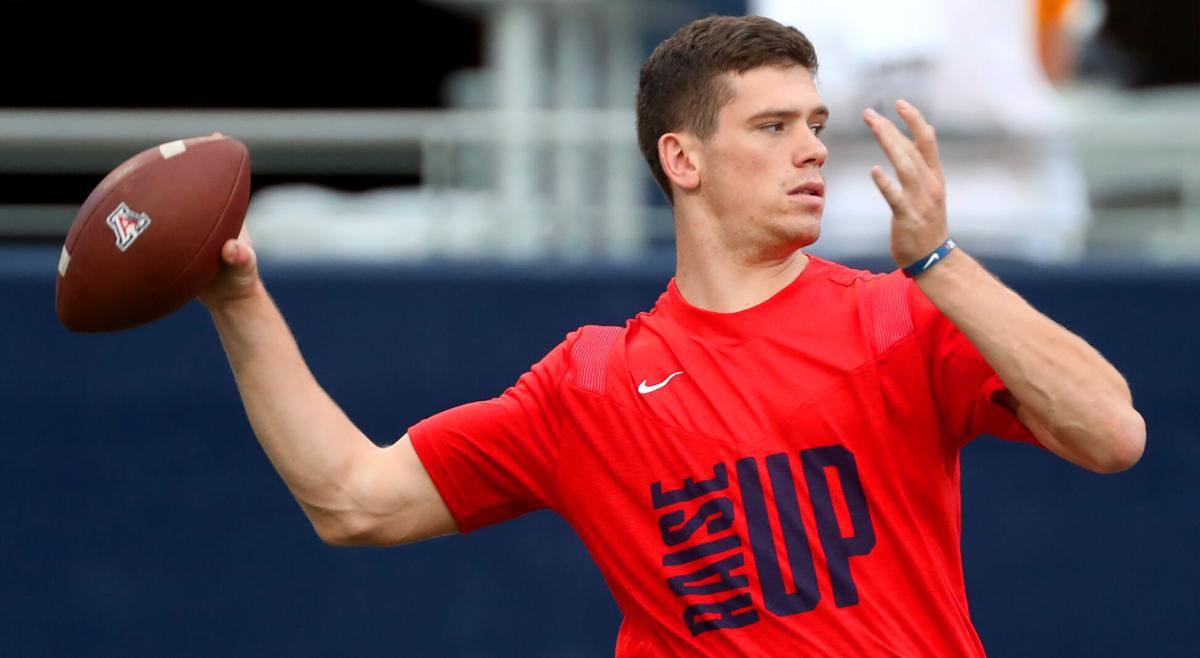 Arizona quarterback Will Plummer loosens up his arm before Saturday's game vs. NAU at Arizona Stadium. Plummer was in line to make his first start of the season after backing up Gunner Cruz in losses to BYU and San Diego State. For more on Saturday's game, visit Tucson.com.