Arizona Wildcats offensive lineman Edgar Burrola has been suspended from the team for violating the athletic department’s COVID-19 protocols.

Burrola, a redshirt junior from Las Vegas who started six games at right tackle last season, remained on the roster with a reduced scholarship as of Tuesday afternoon.

Burrola’s resistance to following safety protocols, which include face coverings and physical distancing during on-campus workouts, led to concern within the program that Arizona could become another Michigan State or Rutgers — schools that shut down workouts because of coronavirus outbreaks. UA football players have continued to train, although the university stopped adding student-athletes to the reentry program because of a surge in cases in Pima County and throughout the state.

UA coach Kevin Sumlin confirmed Burrola’s status during an interview Tuesday. While not naming Burrola specifically, Sumlin addressed concerns the lineman and others have articulated about workouts and the safety measures the school has implemented.

“It’s my job to protect and uphold that protocol for everybody else that’s involved in this organization — players, coaches, administrators, medical (personnel). You’ve got coaches’ families.

“If you’re not gonna pay attention to the protocol, wear a mask, all that other stuff, we just can’t have you around.”

Arizona has announced that three players have tested positive for the virus since workouts began. The training is voluntary, and UA athletic director Dave Heeke has said multiple times that student-athletes can opt out of them without repercussions. Sumlin reiterated that sentiment Tuesday, saying that “a couple” players have elected not to participate.

Burrola, 21, implied in tweets that his scholarship had been reduced because he voiced concerns about his safety.

The Pac-12 said earlier this month that it will honor scholarships of “student-athletes who choose not to participate in intercollegiate athletics during the coming academic year because of safety concerns about COVID-19,” adding that they would also remain in good standing with their teams.

However, Burrola also posted to Instagram Stories what appears to be a snippet of a text-message conversation in which he wrote that he was suspended “for violating COVID protocols.” Burrola on Tuesday put that message on the background of his Twitter bio.

Burrola has also expressed skepticism about the severity of the coronavirus pandemic on his social media, tweeting on May 30 that “COVID-19 is fake.” He appears to have deleted that tweet this week.

On July 19, in response to a story about protests in Huntington Beach, California, over Gov. Gavin Newsom’s shutdown order, Burrola tweeted: “Open up the country!”

Sumlin said Tuesday that it’s “fine to have that stance” about the virus.

“But if that’s what you believe, and you’re not gonna adhere to the protocol, I am ultimately responsible for a lot of other people based on that,” he said.

A Star reporter contacted Burrola on Monday, but he declined to comment.

Burrola came to Arizona as a three-star prospect in 2017 from Desert Pines High School. He redshirted as a freshman and appeared in six games as a sophomore. Burrola played in 11 games last season, starting six of them. He rotated at right tackle with junior college transfer Paiton Fears.

Burrola was suspended at one point last fall because of a violation of team rules. He had shoulder surgery in January for a torn labrum. The injury was not expected to affect Burrola’s availability for the 2020 season, which remains in flux because of the pandemic.

Adia Barnes joined Pac-12 Networks to show off her Tucson home and how she spends her days with family during quarantine.

‘Everybody’s concerned’: Arizona coach Kevin Sumlin on football in the age of COVID

A Q&A with the Wildcats head coach, who praises the safety protocols at the UofA, lauds the Pac-12’s move to a conference-only schedule and discusses the viability of the 2020 season.

A bridge over Tempe Town Lake has caught on fire and partially collapsed after a train derailed. (July 29) 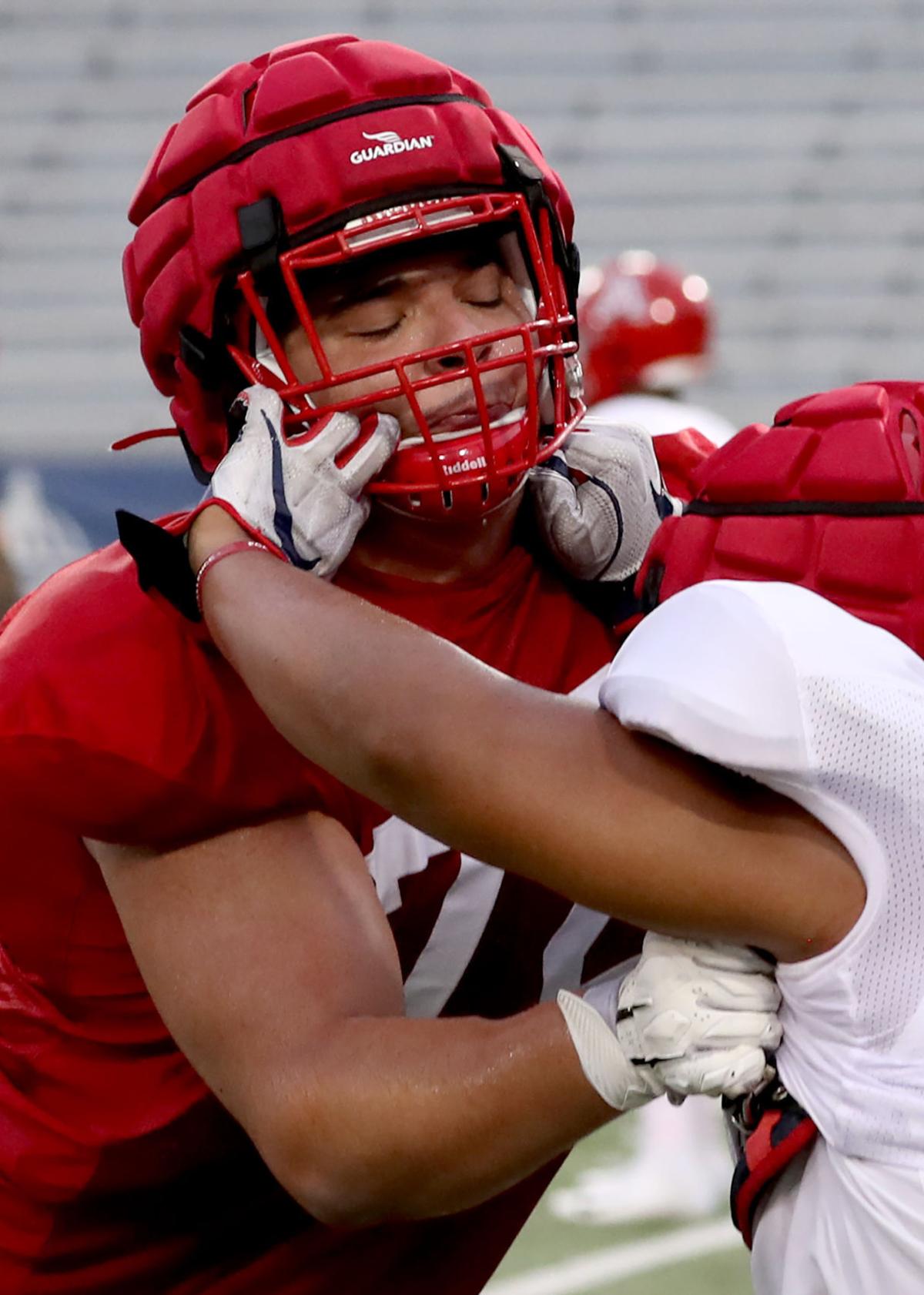 University of Arizona offensive lineman Edgar Burrola, left, has expressed skepticism about the severity of the pandemic. 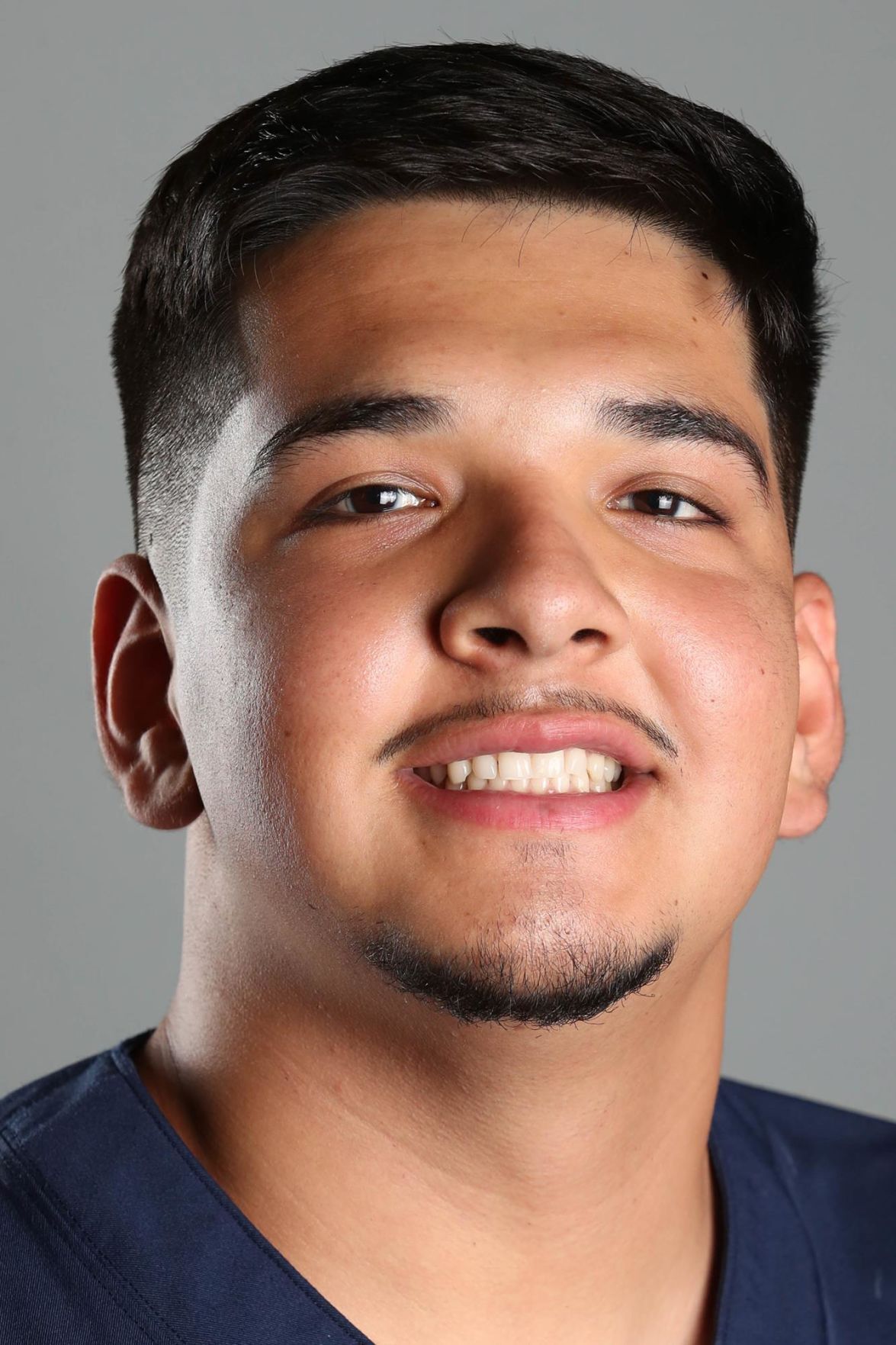