The 6-foot-2-inch, 310-pound defensive tackle, who entered the NCAA transfer portal as a graduate transfer on Monday, registered 137 tackles and eight sacks in four seasons with the Aggies. Lopez already has experience playing at Arizona Stadium from when New Mexico State outlasted Utah State 26-20 in overtime to win the 2017 Arizona Bowl.

The Gilbert Mesquite High School product only played in four games in 2019 after sustaining a leg injury against Washington State, preserving another year of eligibility.

The younger Lopez should compete for significant playing time under UA's first-year defensive line coach Stan Eggen, who's coached against Lopez during his time with the New Mexico Lobos. Returning interior defensive linemen for UA include Trevon Mason, Myles Tapusoa and Mykee Irving.

Arizona has signed 26 newcomers for the '20 season.

Former Arizona linebacker Tony Fields officially entered the transfer portal as a grad transfer earlier this week and has drawn some attention from notable programs across college football.

Petition circulating has signatures from 35 coaches throughout the state — including 16 from Southern Arizona.

What will major-league managers face during a shortened season? We asked current Arizona coach Jay Johnson and former coach Andy Lopez for their thoughts.

Salpointe Catholic, Pusch Ridge say they're being cautious as they host voluntary workouts

Two private high schools in Tucson have continued to hold voluntary offseason workouts despite rising COVID-19 cases in Arizona, saying they are doing so with an abundance of caution.

An update from the UA on its coronavirus testing results among student-athletes participating in voluntary workouts show the positive results among the 83 players training on campus.

AIA executive director David Hines discussed the fall season in a video chat posted to AZPreps365.com on on Thursday. He said the AIA's executive board didn’t see an issue with sports occurring even if student-athletes aren't on campus during school hours.

Pro sports are back in Tucson: Here's a look at FC Tucson's 16-game 2020 schedule

USL League One unveiled FC Tucson's 16-game schedule on Friday afternoon, setting the stage for a full season. The Men in Black will open the 2020 season next week at Fort Lauderdale CF and play a week later in Chattanooga, Tennessee, before returning to Tucson for an Aug. 8 home opener against Union Omaha

Stevie Rocker scored his first Arizona Stadium touchdown when he was 8 years old. The Canyon del Oro High School star will return in 2021 as a member of the Arizona Wildcats.

With the schedule being revised and practices being delayed, the conference postpones the virtual version of its media days, which had been scheduled for July 29-31.

UA football recruiting continues its recent roll with the addition of a wide receiver with offers from Florida State and Miami, among others.

Tate had hoped to make the Eagles roster as a wide receiver after going undrafted in April, but undrafted free agents haven't had a chance to prove themselves this offseason.

Pac-12 Conference aiming for Sept. 19 kickoff for football, per report

The league is targeting mid-September to start its 10-game, all-conference schedule, according a published report.

The Arizona Wildcats now have 21 players committed to their 2021 football recruiting class. 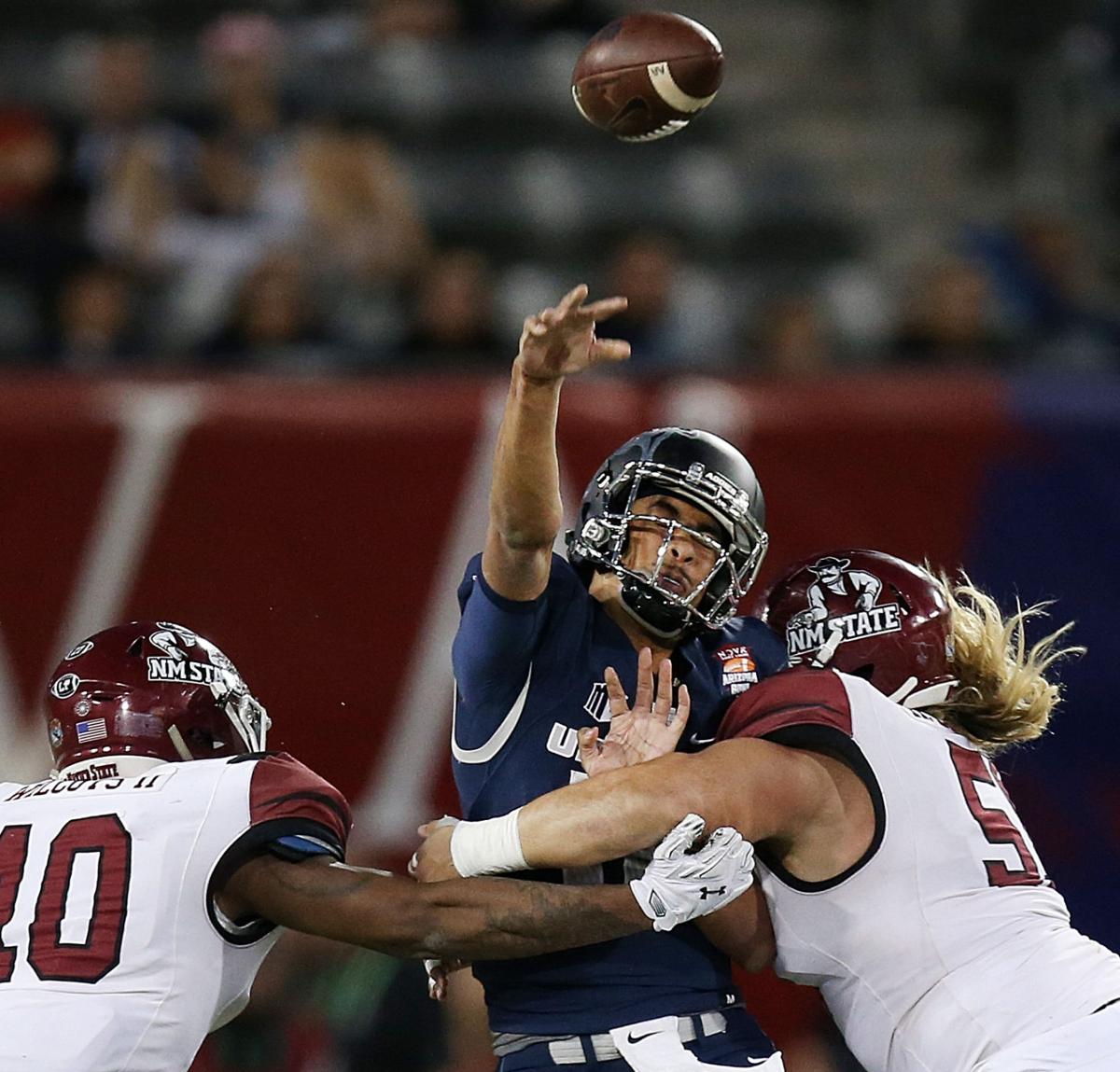 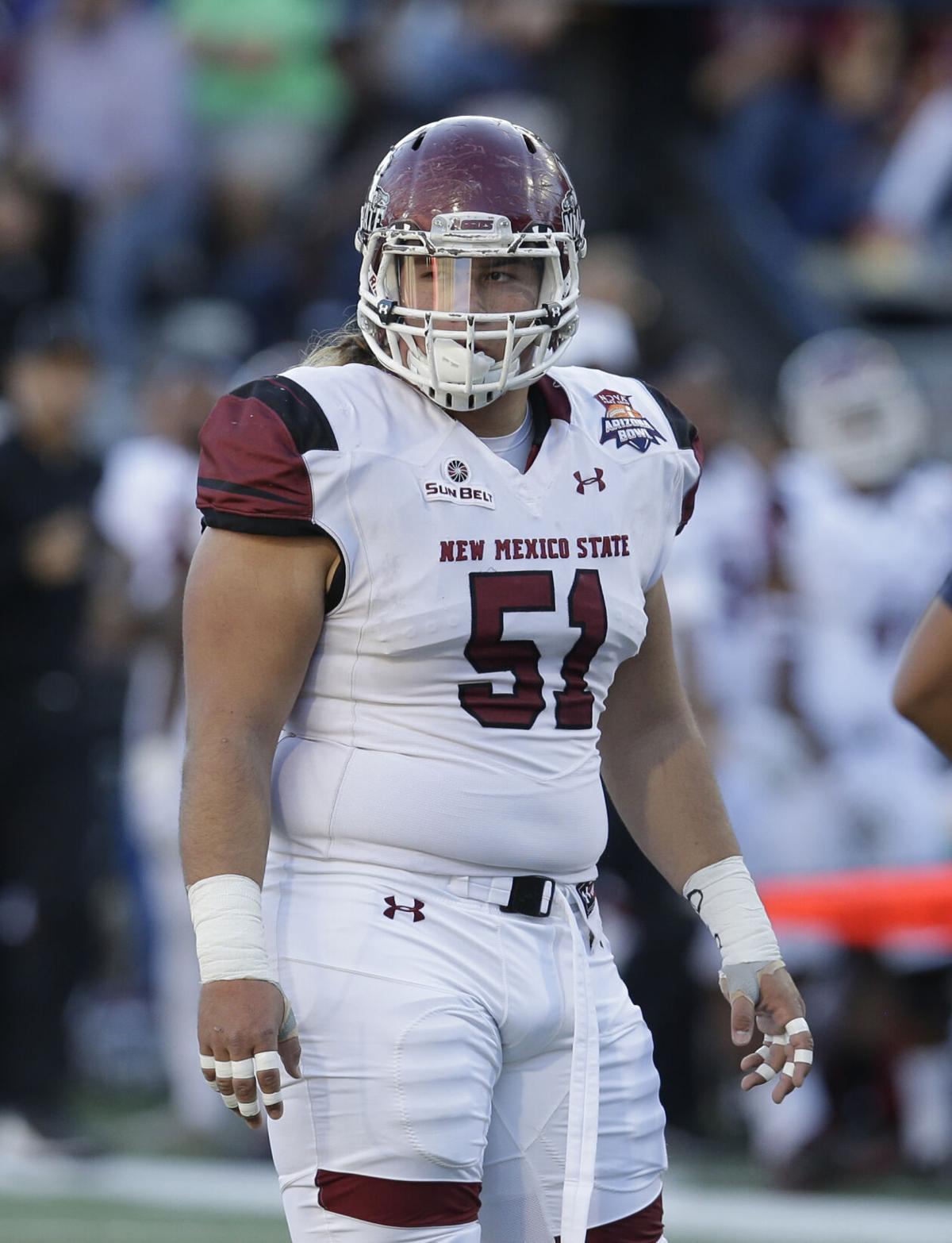 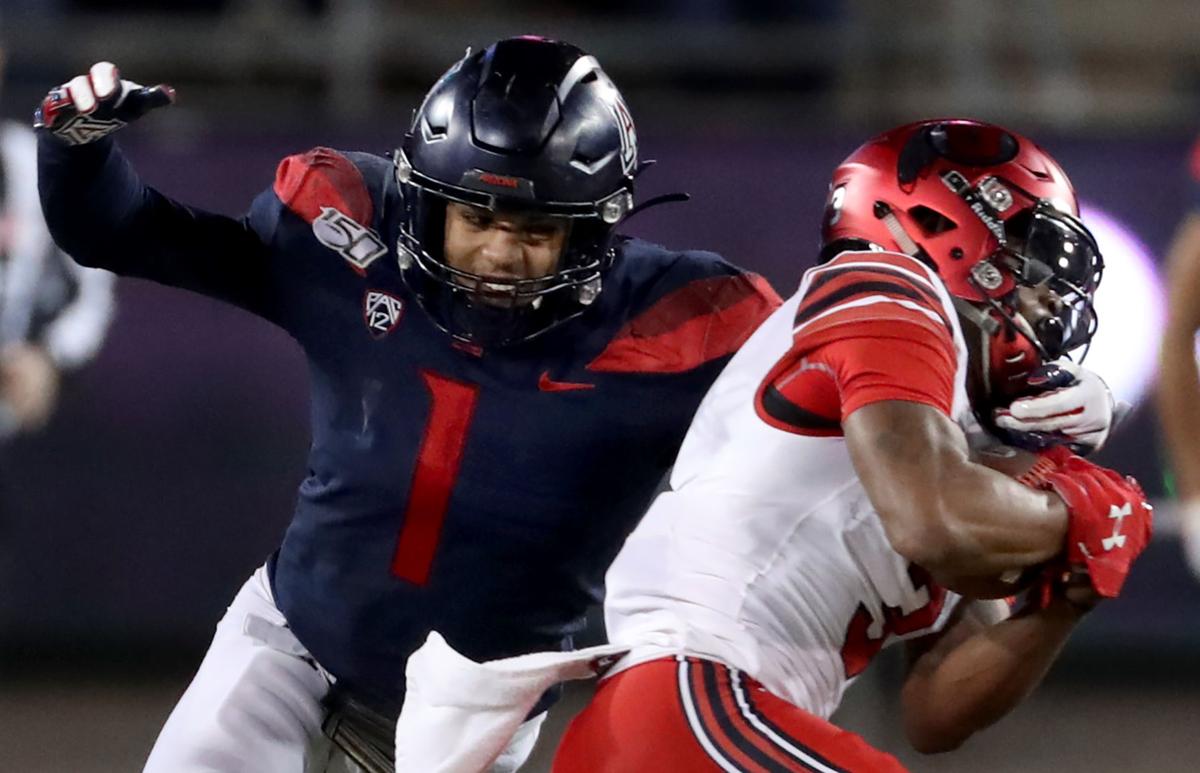 Arizona linebacker Tony Fields II (1) gets away with a hand in the face mask as he brings down Utah wide receiver Demari Simpkins (3) in the third quarter of their Pac-12 game at Arizona Stadium, Tucson, Ariz., Nov. 23, 2019.