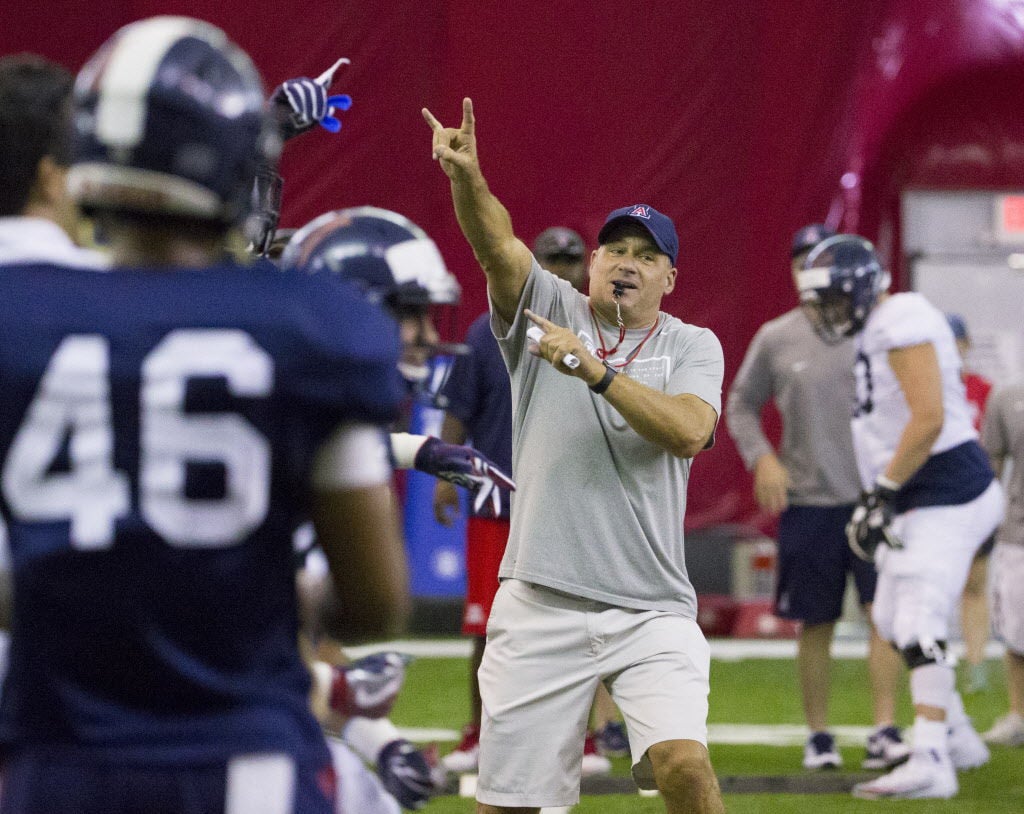 Two days after learning of the death of offensive lineman Zach Hemmila, Arizona coach Rich Rodriguez and his team held a two-hour practice Wednesday at the Arizona Cardinals’ training facility in Tempe, where they received a warm welcome. 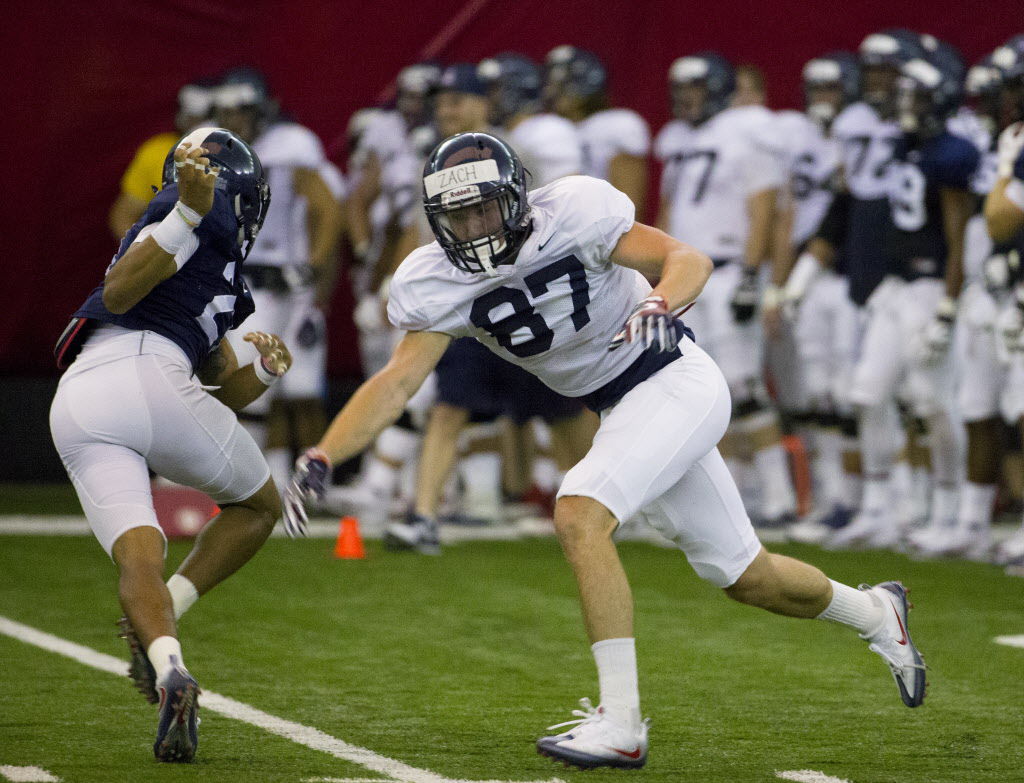 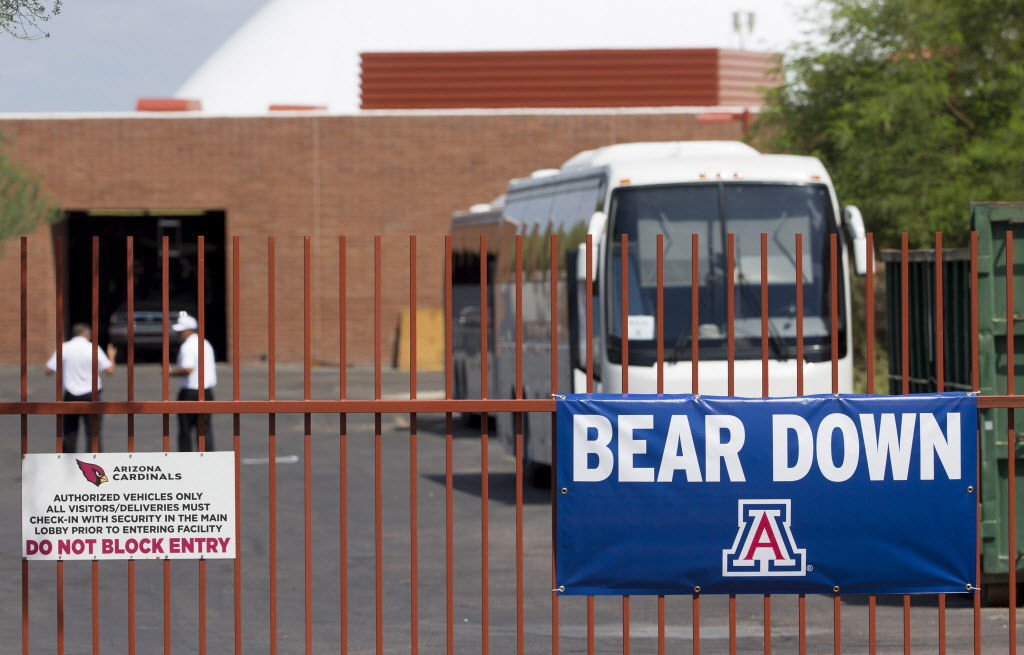 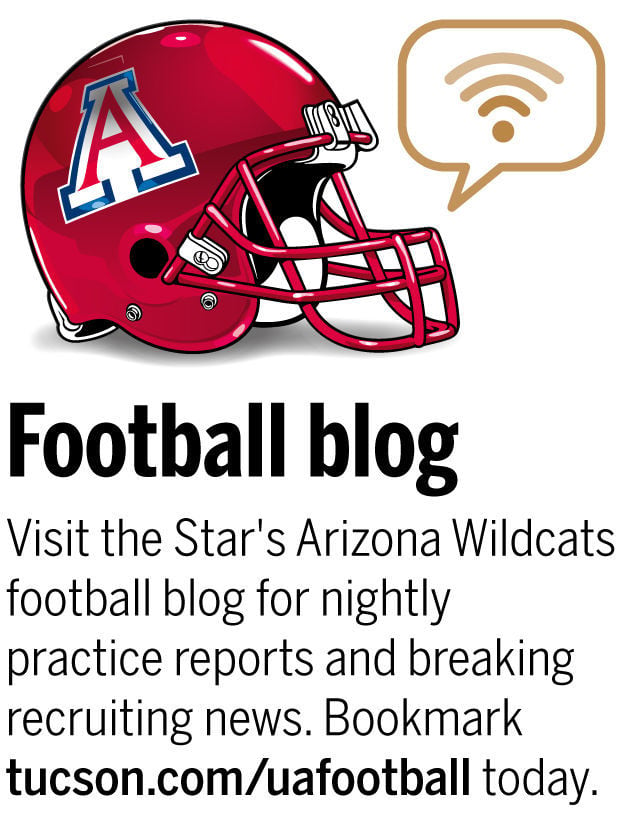 The Arizona Wildcats practiced football Wednesday. There’s nothing unusual about that this time of year.

But this wasn’t a normal training-camp workout. This was part escape, part therapy, part return to normalcy.

The Wildcats held their first full practice since learning that senior offensive lineman Zach Hemmila had died in his sleep earlier this week. They staged it far from the UA campus and close to where Hemmila grew up. He was never far from their minds.

“We needed that,” Arizona coach Rich Rodriguez said. “There’s probably a lot of emotions still. But I think we’re better being busy.

“It’s OK to feel down. We need to feel bad for Zach’s family, first and foremost, which we all do. But we also need to work and lean on each other. And I think our guys are doing that.”

Staying busy and staying together were the Wildcats’ coping mechanisms Wednesday and probably will be for a while. The team learned of Hemmila’s death Monday morning. The players are still trying to figure out how to process the sudden, shocking loss of their teammate and friend. They dealt with it Wednesday by doing what they do best, what they know, what Hemmila would have wanted them to do: Practice football.

The storms that swept through Tucson on Tuesday created an opportunity for the Wildcats to get away but still get their work in. They practiced for about two hours at the Arizona Cardinals’ facility, where their NFL hosts made them feel welcome.

Banners hanging near the weight room and on the side of the Cardinals’ practice bubble read, “Football is Family.” They featured the Cardinals’ logo on one side, Arizona’s “A” on the other.

When the Wildcats exited the bubble for the second half of practice, they found that “Arizona” had been painted in school colors in the west end zone of the adjacent field.

“That just doesn’t happen,” Rodriguez said. “You talk about first class all the way. Our players and our staff really appreciate it.”

With the latest round of monsoons having damaged Arizona’s practice fields, UA athletic director Greg Byrne approached the Cardinals organization. He then presented the idea to Rodriguez.

The Cardinals, who are holding their training camp in Glendale, were able to accommodate the Wildcats on short notice. The UA’s equipment and training staffs had to scramble to get everything ready, but they pulled it off.

Practice began shortly before 3:30 p.m. and felt a lot like, well, practice. With hip-hop blaring from sideline speakers, the players stretched and clapped their hands. When the team stretch ended, quarterbacks Brandon Dawkins and Anu Solomon did the Cam Newton dab and skipped to the next set of drills. Guard Freddie Tagaloa bobbed his head and sang along to Chief Keef’s “I Don’t Like.”

“We miss Zach,” senior cornerback DaVonte’ Neal said. “We know that he would love to be out here. It’s tough. But we know Zach would want us to be out here working.”

The UA will practice here again Thursday before returning to Tucson for the viewing of Hemmila’s body. Relocating to Tempe, however briefly, made it easier for the Wildcats to focus. Reminders of Hemmila weren’t everywhere they looked. Not that they want to forget him or ever will.

The plan is to keep it that way all season.

Alsadek and his fellow linemen spent time together Monday and Tuesday reminiscing about Hemmila. They shared stories while chilling in the cold tub and hanging out at the Lowell-Stevens Football Facility.

“That helped me the most,” Alsadek said. “I was really in a tough place when I first heard.”

Alsadek wasn’t alone in feeling that way. He won’t be alone any time soon.

The Wildcats will practice in Tucson on Friday morning. They will attend Hemmila’s funeral service that afternoon. They then will bus down to Fort Huachuca, where they’ll practice twice Saturday. By then, the start of the 2016 season will be just three weeks away.

“I told the team, ‘This is not in the coaching manual. This is not something we have experience doing. So we’ll figure it out together,’” Rodriguez said. “I have a really tight group. The guys are close. We’re not shying away from talking about it. We’ll get through it as a team. That’s what you gotta do.”

The Hemmila family will hold a private funeral Friday afternoon.

Hemmila's family has asked that, in lieu of flowers, donations be made to the Kids of Steele Program, which benefits the University of Arizona Steele Children’s Research Center.

Notes and observations from Arizona's second training-camp practice in Tempe.

Arizona football: These 14 returners expected to lead Wildcats in 2016

Watch: RichRod says Wildcats will get through Hemmila's death as team

Rich Rodriguez and Greg Byrne said they're devastated by the death of UA center Zach Hemmila.

Two days after learning of the death of offensive lineman Zach Hemmila, Arizona coach Rich Rodriguez and his team held a two-hour practice Wednesday at the Arizona Cardinals’ training facility in Tempe, where they received a warm welcome.