First-year Arizona coach Jedd Fisch has heavily promoted the idea of being a “P.R.O.” — proficient, relentless and original.

He also would like more Wildcats to become NFL pros, an area that has suffered under the past two UA regimes.

Over the past six years, only four Arizona players have been selected in the NFL draft. None has been picked higher than the fifth round. Last year, the UA was the only Pac-12 school that didn’t have a player taken.

This year offers three possible candidates, although Saturday’s Day 3 (Rounds 4-7) appears to be the best-case scenario for each of them: tailback Gary Brightwell, cornerback Lorenzo Burns and defensive tackle Roy Lopez. Linebacker Tony Fields II, who played his first three seasons at Arizona before spending the 2020 campaign at West Virginia, is projected to come off the board sometime Friday or Saturday.

Here’s a snapshot of the three players officially representing Arizona, including scouting evaluations courtesy of “The Beast,” the annual draft guide produced by The Athletic’s Dane Brugler:

At Arizona: Brightwell appeared in 40 games over four seasons. He spent his freshman year as a special-teamer/slot receiver before becoming the primary backup at tailback in 2018 and ’19. He served as the starter last season. In all, Brightwell rushed for 1,305 yards and nine touchdowns, averaging 5.3 yards per carry. He also caught 19 passes for 121 yards and one score.

Says Brugler: “Brightwell is an intriguing size/speed back with the one-cut burst to sharply jet away from trouble. However, his run style lacks tempo, and his below-average contact balance limits tackle-breaking opportunities despite his developed frame and run toughness. Overall, Brightwell has unreliable tendencies (poor execution in pass pro; five fumbles in 2020) and lacks an established body of work, but he is an athletic slasher with receiving upside and traits that also translate to special teams.”

At Arizona: Burns appeared in 42 games over five seasons, including 40 starts. He recorded 192 tackles, 35 pass breakups and nine interceptions. All the picks came during the 2017 (five) and ’19 (four) seasons. He was named the team’s Defensive MVP after the 2019 campaign.

Says Brugler: “He shows a natural feel for reading breaks and picking up route indicators. Burns has plus ball skills and cut down on the penalties (only three total the past two seasons), but he gives away body position on 50-50 balls, and his lack of size shows in run support. Overall, Burns is a competitive, alert defender with an experienced résumé, but he will need to overcome his physical deficiencies and prove he can hold up as a nickel corner to make an NFL roster.”

At Arizona: Lopez, who’s from Tempe, spent his first four seasons at New Mexico State before joining the UA program as a graduate transfer. He made a big impact in his lone season in Tucson, recording 18 tackles, including four TFLs, in five games. Pro Football Focus graded him as the second-best interior defender in the Pac-12.

Says Brugler: “The son of a coach, Lopez is easy to spot on film with his long, blonde hair, but also his energy. He plays low off the snap with the body flexibility and active hands to stack blocks. (His wrestling background translates.) He will occasionally be engulfed by power and struggles versus double-teams. Overall, Lopez isn’t consistently disruptive, but he has terrific agility, contact balance and upper-body strength to be a one-gap nose in a four-man front.”

Just 13 Arizona Wildcats have been taken in the NFL draft since 2011; here's the list

Here's a look at Arizona Wildcats who've heard their names called during the NFL draft over the last decade.

Once again, Jamarye Joiner had surgery for a Jones fracture in his left foot. 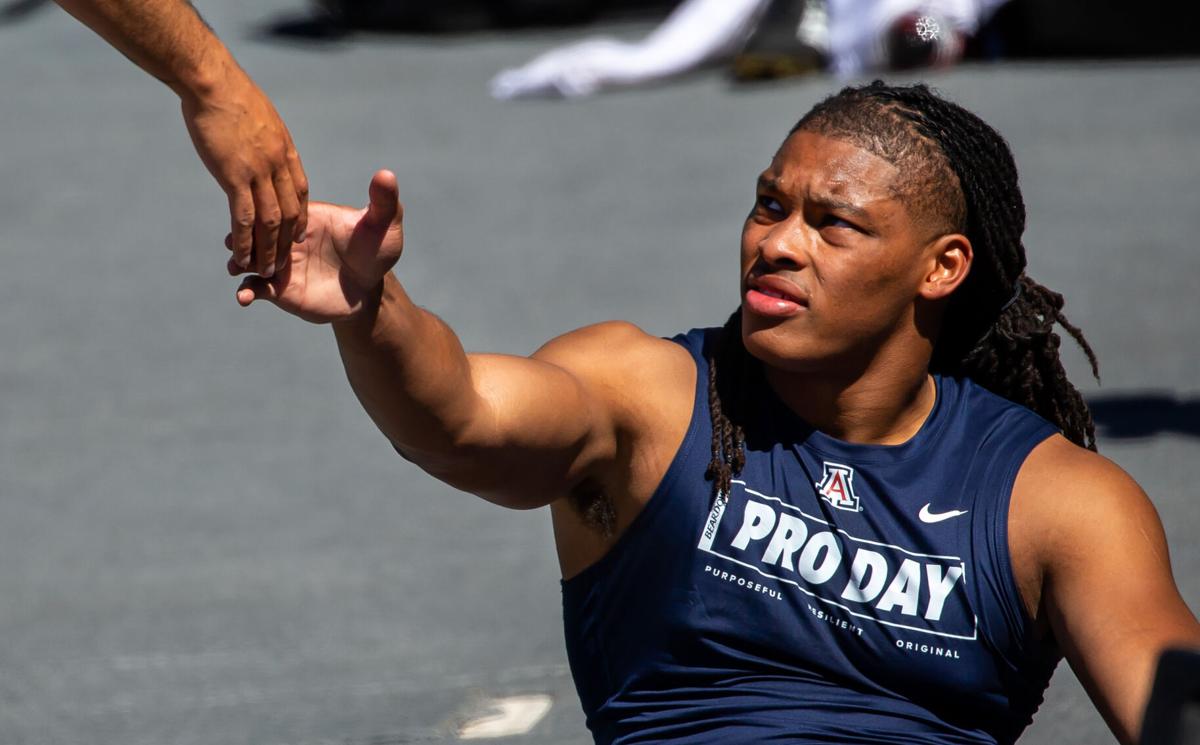 Running back Gary Brightwell is a unique slasher, but lacks the body of work to be taken early in this week’s draft, one expert says. 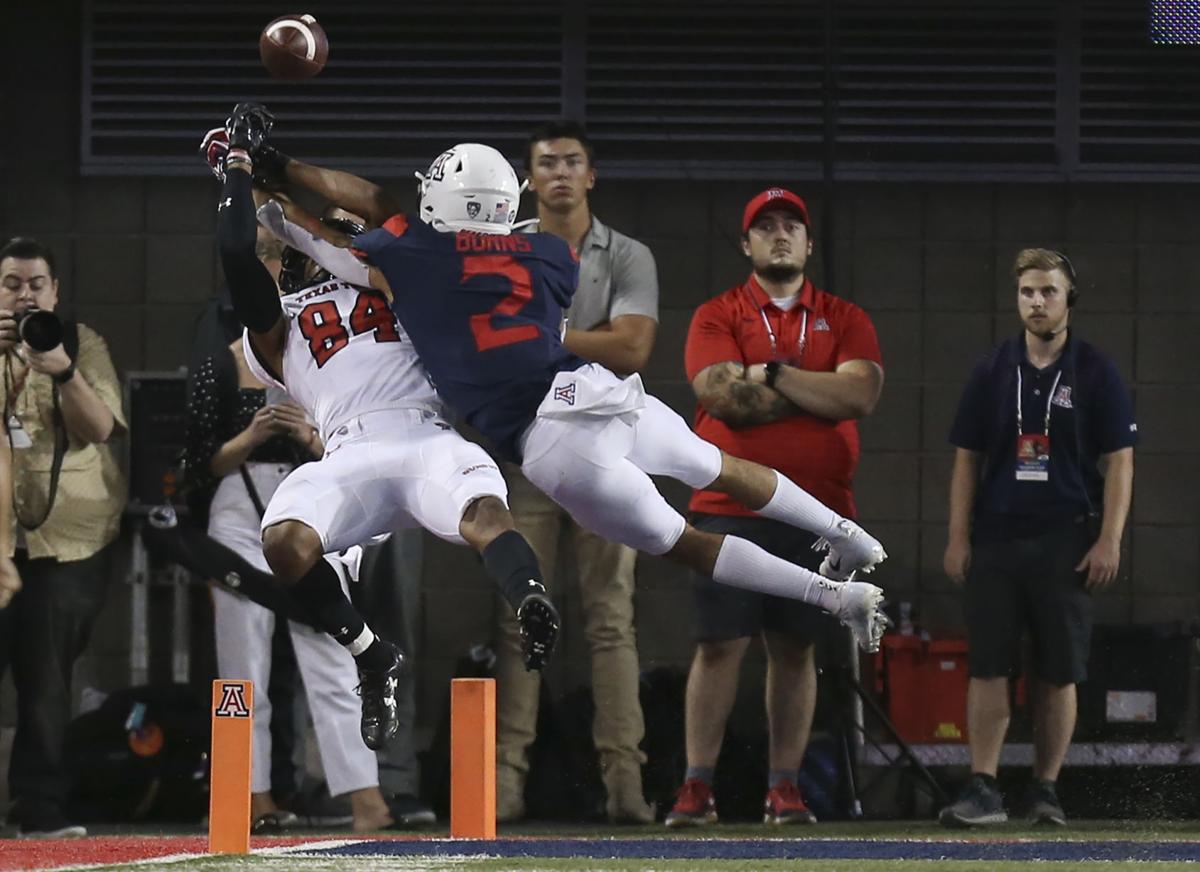 Texas Tech Red Raiders wide receiver Erik Ezukanma (84) reaches for the ball as Arizona Wildcats cornerback Lorenzo Burns (2) blocks the pass during a game at Arizona Stadium Saturday, Sept. 14, 2019. The Wildcats won the game with a final of 28-14. 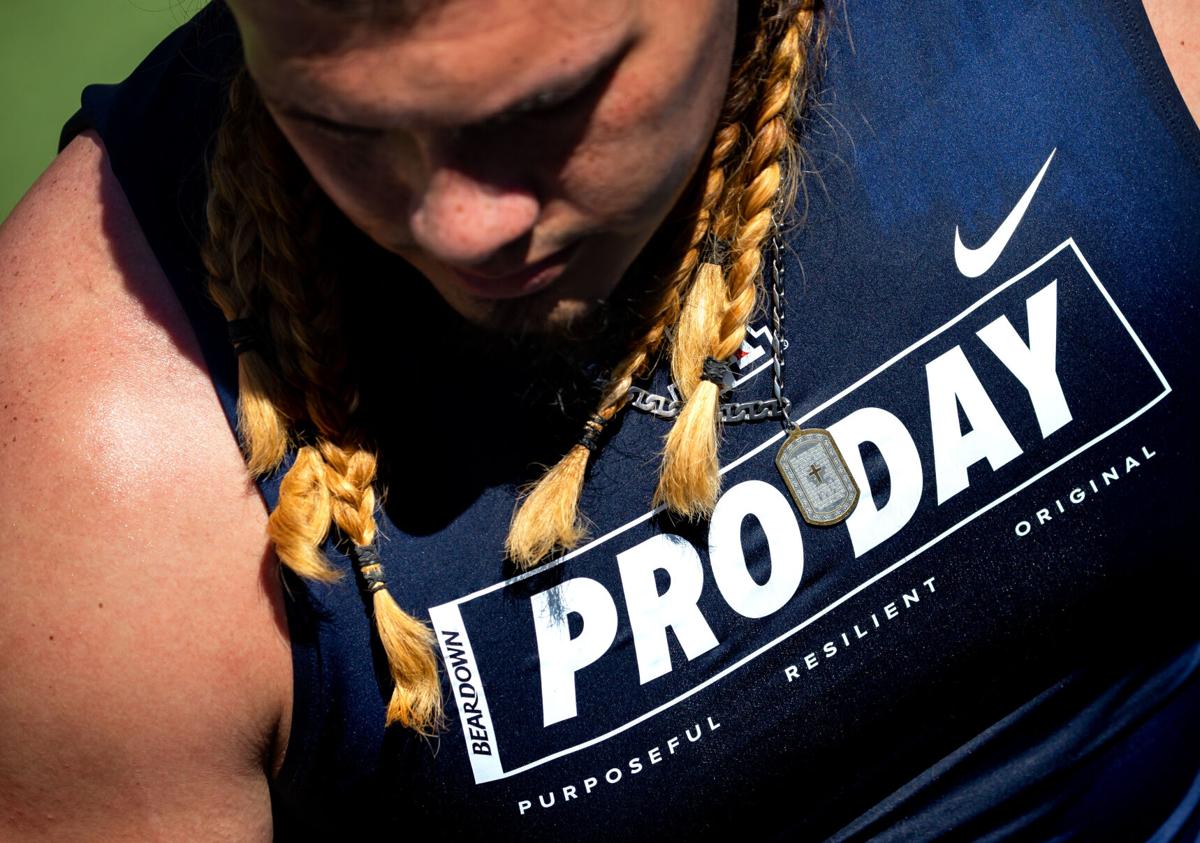