The Arizona Wildcats took a step back on Saturday night, losing 38-14 to San Diego State one week after hanging with BYU.

The Wildcats fell behind by 21 points in the first quarter, and continued miscues kept them from climbing back in the game.

These stats tell the story of how Arizona lost its home opener under Jedd Fisch:

It took all of a minute and a half for San Diego State to take a 7-0 lead. On the fourth play from scrimmage, SDSU’s Greg Bell gashed the Arizona defense for a 55-yard run to the end zone. Bell finished with 125 rushing yards on 17 carries.

Arizona failed to convert on its first 10 third downs. Nine of those plays resulted in the Wildcats going three-and-out.

Arizona didn’t convert a third down until halfway through the fourth quarter, when Stanley Berryhill hauled in a pass. The Cats converted on 1 of 13 third downs compared to 5 for 14 by SDSU.

Gunner Cruz took completed just 10 of his 19 pass attempts for 70 yards — or just 3.7 yards per attempt.

A week after throwing for 336 yards against BYU, Cruz was ineffective against San Diego State. He was able to lead one touchdown drive in the first half, finding Berryhill for a 43-yard score to cut the lead to 21-7.

With the score out of hand in the second half, Cruz was relieved by Will Plummer.

San Diego State outgained Arizona 334-106 in the first half as the Aztecs built their sizable lead. SDSU’s offense had 10 plays of 10 or more yards during the half, four of which went for over 20 yards.

The Aztecs nearly averaged a first down per play at 9.6 yards in the first half. Meanwhile, the Wildcats averaged 4.2 yards.

Arizona’s rushing offense and defense went missing as UA was outgained 271-49 on the ground.

Arizona’s leading rusher Saturday night wasn’t even a running back; Berryhill’s 26 yards were the most on the team. Through two games, Arizona has been outrushed 432-130.

Plummer nearly led another touchdown drive on the following series as he found Cunningham a 54-yard connection that the speedy receiver hauled in with two Aztec defenders covering him.

Plummer would’ve been credited with a touchdown on the next play, but a holding call negated the score.

Saturday’s loss was Arizona’s first to SDSU since 1979. The two teams had faced each other four times since then, with the Wildcats winning by an average margin of 12 points.

The Wildcats have been outscored 108-21 at home over their last two games dating back to the 2020 Territorial Cup.

What to know about Sunday's Lute Olson tribute in McKale Center

The UA will hold a memorial for the legendary coach at 11:30 a.m. Sunday in McKale Center, the building that he made famous.

During a recent interview with the Star and Blue Ribbon Yearbook, first-year UA coach Tommy Lloyd described where things stood with his program. 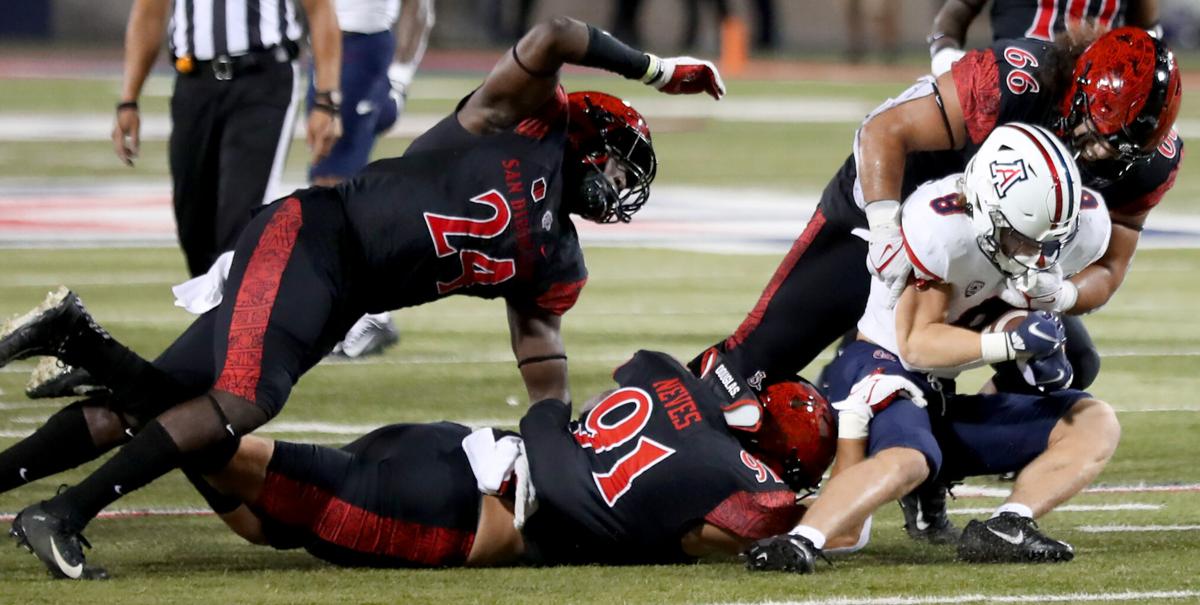 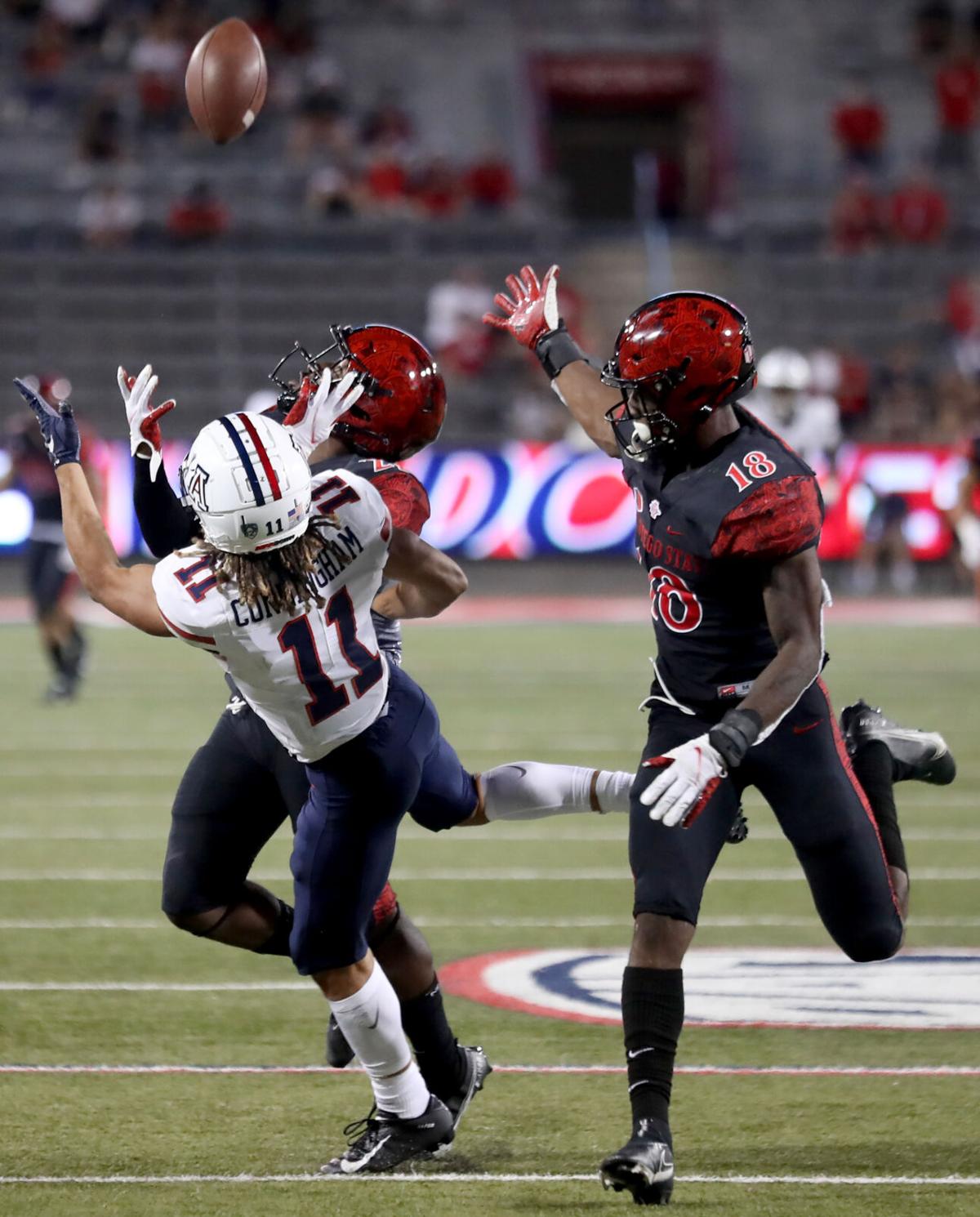 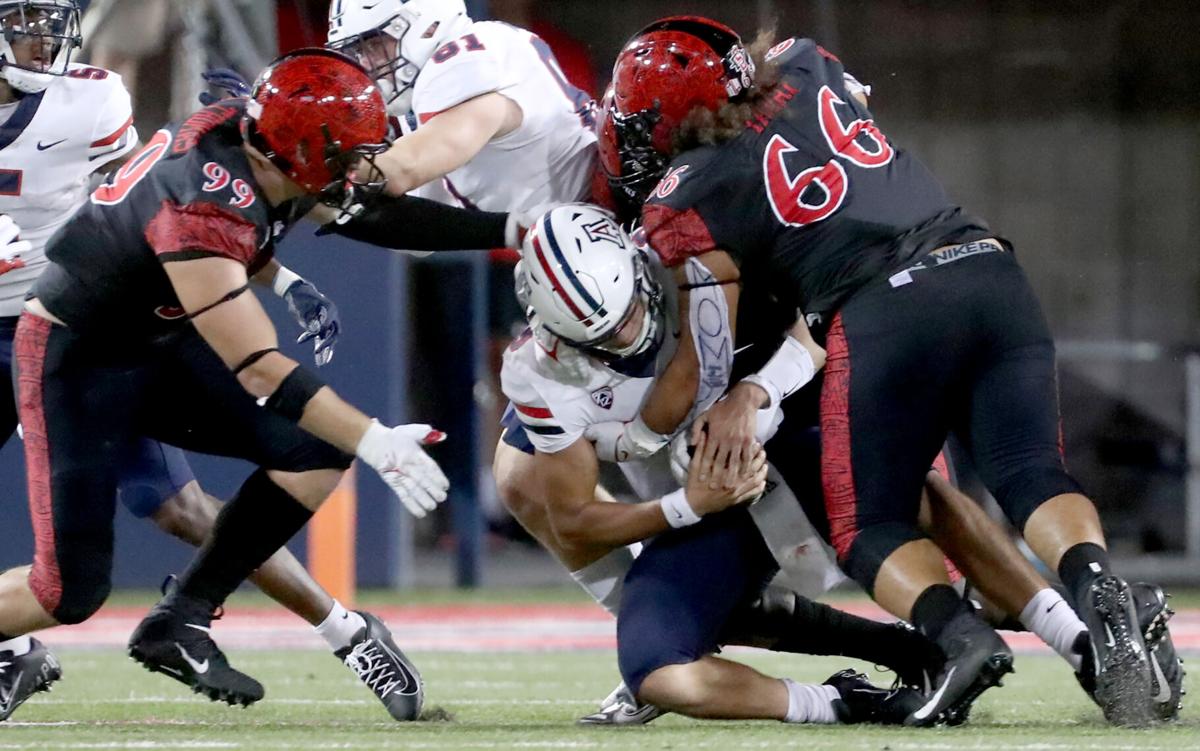