A coach from one of the Arizona schools said this during Pac-12 Media Day last month: “Running is a will thing. You’ve got to want to do this. You have to be committed to it, because running is ugly.”

The coach was Arizona State’s Herm Edwards, whose first Sun Devils team was picked to finish last in the South Division. ASU ended up second, with a 5-4 record that included a comeback win over rival Arizona.

Edwards rode sophomore tailback Eno Benjamin to an above-.500 record. Benjamin not only paced the Pac-12 in rushing yards, he led the league in rushing attempts. He was the only conference rusher to hit 300 carries.

Of course, other factors contributed to a successful first season for a coach whose hiring was mocked by some fans and media alike. ASU had a trusted senior quarterback in Manny Wilkins and a first-round receiver in N’Keal Harry.

But Edwards is a firm believer in the running game as a foundational element of offensive football, and he’s going to stick with it, no matter how ugly it is.

The Sun Devils did not lead the Pac-12 in rushing as a team. That distinction belonged to the Arizona Wildcats, who three-peated as rushing champs despite quarterback Khalil Tate running for almost 1,200 fewer yards than he did the previous season.

One could argue that the Wildcats’ most satisfying moments over the past three seasons came when they ran the ball down their opponents’ throats. It was certainly true in Year 1 of the Kevin Sumlin regime, with victories over Oregon State (51 carries, 442 yards) and Oregon (51 carries, 276 yards) as prime examples.

Yet in a disappointing and befuddling opening loss at Hawaii last week, Arizona handed the ball to running backs fewer times than in any game since Sumlin and offensive coordinator Noel Mazzone got here.

We combed through the gamebooks of all 13 contests since the start of last season to isolate tailback rushes. Arizona backs had 18 carries against the Rainbow Warriors — who, it should be noted, ranked 103rd nationally in run defense last season. The previous low was 21 carries against Utah — a game Arizona trailed 28-0 at halftime and lost 42-10.

It’s an oversimplification to directly correlate rushing attempts to wins. Unless you’re an “Air Raid” purist like Mike Leach, you’re going to run the ball more with a big lead late as an act of sportsmanship and to run time off the clock.

But an examination of Arizona’s best wins and offensive performances against FBS teams last season shows that the Wildcats didn’t pile up a bunch of rushing attempts in the second half. Rather, they committed to the run early and stuck with it.

Again, we’re only looking at rushes by running backs here. It’s impossible to tell from play-by-play logs whether quarterback runs were by design or the result of scrambles – i.e., pass plays gone awry.

Here are tailback carries by half in the Oregon State, Oregon and Colorado games:

The games against the Oregon schools were one-sided affairs, the second more so than the first. The Colorado game was tight throughout. In all three, Arizona ended up with more rushing attempts by tailbacks than passing attempts — which, for our purposes, include sacks. That happened four times last season. The Wildcats won all four games.

A different tone was set against Hawaii. The first four plays were passes. Three fell incomplete. One was intercepted, although it should have been caught by Drew Dixon.

Two of those passes — the first play of each possession — followed play-action fakes. That strategy makes some sense. Hawaii’s coaches undoubtedly spent a large chunk of the offseason game-planning to thwart Taylor. And who knows what would have happened if Tate hadn’t thrown the second play-action pass behind a wide-open Bryce Wolma?

Play-action has been one of Tate’s best allies over the past two seasons. We’ve thrown out these numbers before, courtesy of Pro Football Focus, but they’re worth repeating:

Studies have shown that play-action passes aren’t necessarily more effective after the running game has been established; it’s the fake itself that causes linebackers and safeties to hesitate.

But in Arizona’s case, there are many benefits to going that route.

1. Utilizing your best assets. As Sumlin often says, “We know what J.J. can do.” Yet Taylor’s 14 carries against Hawaii tied for his second fewest in a game since the start of last season. The only time he had fewer came against Southern Utah (eight). Arizona led that game 48-17 entering the fourth quarter. It made sense to give Taylor a light night and have others work the clock in the fourth quarter.

Sumlin has expressed concern about Taylor doing too much. Fifteen offensive touches, including one reception, is too little. And the Wildcats have a stable of capable backs behind him. They combined for four rushes and eight total touches.

2. Establishing a physical mentality. As Edwards said, running the ball is about will and want-to. The late Dick Tomey — who was honored before and during the opener — believed that as well. Tomey took it to the extreme while coaching during a different era of football. But no matter the results, you never could argue Tomey’s teams were “soft.”

Many UA fans have commented that Arizona’s offensive line was losing the battle up front. Taylor’s six first-half carries netted only 16 yards. But Mazzone never gave the line a chance to find a rhythm. Tailbacks carried only seven times in the first half – again the lowest figure under Sumlin/Mazzone. The only other time it was in single digits: the aforementioned Utah blowout loss and the USC game, in which Arizona had 116 total yards at halftime and trailed 17-0.

3. Keeping the UA defense off the field. The other side of the ball had its own set of issues, surrendering 45 points and 595 yards despite six takeaways. While Sumlin and Mazzone like to play up-tempo offense, there’s something to be said for slowing the game down.

Arizona had almost as many incomplete passes (17) as it had tailback rushes (18). As a result, the Wildcats possessed the ball for only 22 minutes, 4 seconds – which was, yet again, their lowest figure under Sumlin/Mazzone.

The counterargument to all this is that Arizona trailed for much of the game, thereby forcing Mazzone to abandon the run. Here’s the problem with that: The Wildcats never were behind by more than 14 points, they tied the game (briefly) late in the second quarter and tied it again late in the third.The only time Arizona had to pass was after Hawaii bumped the lead to 10 points with 5:02 remaining.

One final thought: Sumlin and Mazzone got hammered for running too much in the fourth quarter of the ASU game last year. We’re not suggesting Arizona should run on every play, as happened during that sequence (eight straight runs, including one on first-and-15 and another on second-and-12, while nursing leads never greater than two scores).

Running the ball ought to be where it all starts. When the Wildcats have been their best selves, it has been.

• Who: Northern Arizona at Arizona

Arizona has a 1-5 record under Kevin Sumlin when running backs carry the ball fewer than 30 times, including last week’s opener at Hawaii. The only exception: last year's Cal game, in which the Wildcats scored two defensive touchdowns.

Greg Hansen: After unacceptable loss at Hawaii, where do Wildcats go from here?

Wildcats lost despite forcing six turnovers, the first time that has happened in 35 years.

Coach says on radio show that Wildcats had “too many critical errors in that game for us to be successful.”

UA will play two matches in McKale Center on Friday and finish with one on Saturday.

The late coach of the Wildcats and Rainbow Warriors embraced the culture and people of the islands and made a lasting connection.

Pueblo believes it has the personnel, perseverance to beat Tucson High for the first time since 2000

Warriors will host the Badgers at 7 p.m. Friday.

Team was scheduled to play Hermosillo Naranjeros on Oct. 3.

The Star's Justin Spears breaks down each of Friday night's games.

A man is facing felony DUI charges after a crash left a teenager with life-threatening injuries on Tucson's south side Thursday, police say.

With the NFL wrapping up its final week of preseason games, teams will begin cuts for the 53-man roster, and offensive lineman Gerhard de Beer…

In the closing minutes of Arizona's match with Tennessee Tech Sunday afternoon in the Sun Devil Desert Classic in Tempe, the Wildcats scored t…

Arizona Wildcats' hitting star will be inducted into UA's Hall of Fame on Thursday. 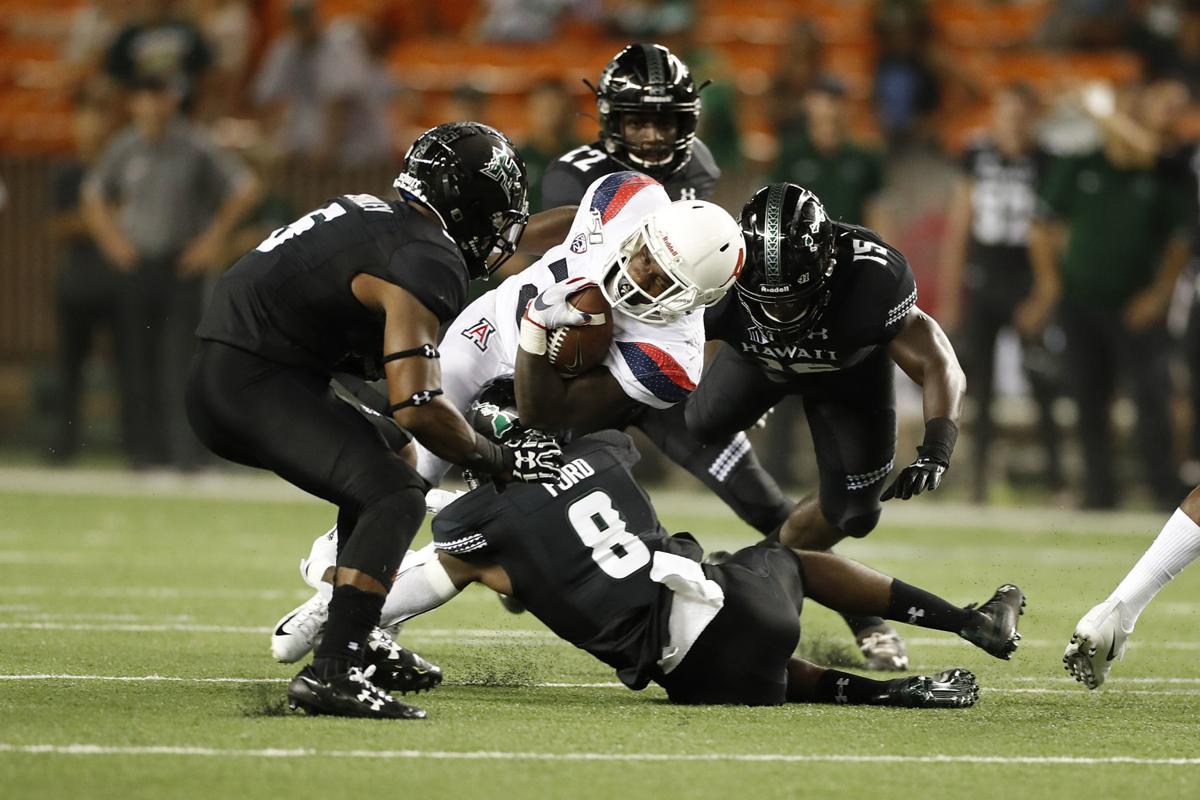 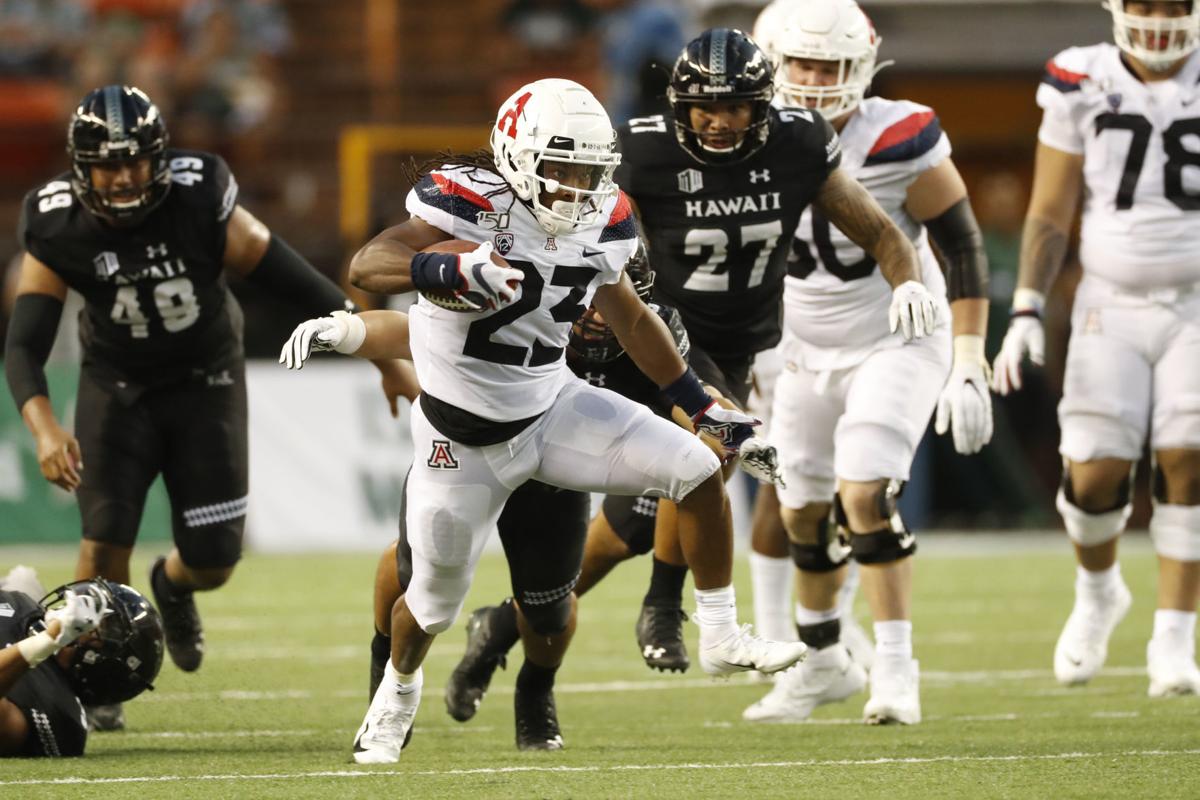