Thanksgiving is a special time for the Burnett family, this year more than ever.

When Chester Burnett, his wife Jeena and their three children sit down to eat on Thursday in their Los Angeles-area home, it’ll be their final Turkey Day together for a while. Their oldest son, Keyan, will enroll at the UA in January, where he’ll become the highest-rated tight end recruit to play for the Wildcats since Rob Gronkowski. He’ll be following in the footsteps of his father, a “Desert Swarm”-era UA linebacker who played three seasons in the NFL with Washington, Jacksonville and Cleveland.

Of course, the Burnetts have plenty to be thankful for: Health, success — Keyan’s Servite High School team plays for a California state title on Friday — and the promise of even better days ahead.

“Thanksgiving is a good time for reflection, which for us, it’s all about being grateful and thankful for all of the things that we do have, and all of the opportunities we’ve been given, because we know we’re blessed,” Chester Burnett said. “We’re fortunate to have everyone healthy, which is the most important thing. We’re healthy and happy, and these are the things we’re very grateful for. It’s never about materialistic things; just the feelings we have for each other.”

Growing up in a single-parent household in Denver’s Park Hill neighborhood, Chester Burnett, now 46, celebrated Thanksgiving. But it was a low-key holiday.

When he was 12 years old, Burnett lost his father J.D. to cancer. He grew up with his mother, Gladys, as an only child.

Burnett often had Thanksgiving with close friend and former Notre Dame star Emmett Mosley and his family in Denver. When Burnett married Jeena, became a part of her family and had three children — sons Keyan and Gage and daughter Memphis, who is named after Chester’s late uncle Chester “Howlin’ Wolf” Burnett, a blues legend who often performed in Tennessee — Thanksgiving became a day to look forward to.

“It never really that big of a thing in our household; it was more about the food,” Chester said. “After I got married, with my wife and her family and Keyan being born and our kids, it’s become something we love congregating. We go around and tell what we’re thankful for, and it’s become a great tradition in our household.”

Thanksgiving is also a day to celebrate another Burnett family tradition — football.

Learning from the best

Keyan Burnett calls Chester “my mentor,” and says having a father who played in the NFL is “the biggest blessing in the world.”

“A lot of kids don’t have a dad — and not only that, but a dad who played in the league and did everything that I want to do,” he said. “I couldn’t ask for more.”

Chester Burnett was a seventh-round pick of the Minnesota Vikings in 1998. He made his NFL debut that fall with Washington; on his first snap in the pros, Burnett watched Cowboys running back Emmitt Smith break Marcus Allen’s career rushing touchdowns record.

“One of my D-Linemen got pushed back to me and it stopped me from getting my angle,” he said. “But you can’t be too mad because it was Emmitt Smith, so …”

Chester Burnett kept his sons out of tackle football until middle school. That’s when Keyan joined for the Orange County Buckeyes, a youth football team coached by UA quarterback commit Noah Fifita’s father, Les. Fellow Arizona linebacker commit Jacob Manu and UA target Tetairoa McMillan were also a part of an O.C. Buckeyes team that went on to win a national championship in 2018.

“On that team, Keyan learned discipline and how to earn respect from coaches and his teammates, and understand what it takes to win,” Chester Burnett said. “That team was so ridiculously competitive, but they had the most heart out of any team I’ve ever seen.”

Most of the Buckeyes moved on to Servite, an all-boys school in Anaheim. Keyan Burnett, however, began his high school career at JSerra Catholic High School in San Juan Capistrano, California. Keyan started as a defensive end before switching to tight end as a junior. He transferred to Servite, in part so he could reunite with his friends.

Then, Keyan grew into his body, emerged as one of the top players at his position in California. Offers started to pour in, first from Cal and then Miami, USC and Washington.

Arizona was never really on the Burnett family’s radar. There was a reason for that.

Chester Burnett never felt the need to push his son to Arizona. For starters, Kevin Sumlin was fired last December as the Wildcats plunged into what would become a school-record losing streak.

Plus, it had been 20 years since Chester had stepped foot on the UA campus.

“There was nothing there that was welcoming,” he said. “(Former players) were just kind of like the forgotten past. There was no reach-out or any motivation to get the guys from the past and be a part of homecoming festivities or be recognized — there was nothing. It was what it was and it became something over the years that you just had to accept, and I know a lot of my former teammates felt the same way. When Coach (Jedd) Fisch came in, he talked really well, but he also backed up everything that he’s said. He’s done it in a tremendous way.”

The Burnetts visited the UA campus in June. In August, Keyan flipped his commitment from USC to the UA. He’ll join Fifita and Manu as part of a 2022 recruiting class that could go a long way toward changing the Wildcats’ fortunes under Fisch.

Arizona’s coaches “are really relying on this class,” Keyan said. “They’re not putting any pressure on us, but they’re letting us know that we’re going to come in and turn things around, and they’ve given us plenty of examples of teams that have done so. … We’re walking into a great opportunity and I can’t wait for it.”

Chester Burnett said he’s “overjoyed as a dad” that his son will play for his alma mater.

“It’s a school that I went to and now I can be as close to him as I want to. … I just know he’ll represent us well and work his tail off,” he said.

Keyan will spend his final Thanksgiving at home cherishing time spent with family members and preparing for Servite’s Friday showdown against Mater Dei.

Next year could bring new traditions. Chester Burnett said the family could travel to Tucson, where the Wildcats will be preparing for the 2022 Territorial Cup showdown against Arizona State at Arizona Stadium.

“I have insider information on how Tucson is,” Chester said. “I mean, Tucson is the friendliest city in the world. The people there are great and they’re going to love him. There’s just a good will about Tucson and it’s such a special place, but people don’t really know that because it’s so small.

“It’s a place that I know is going to take really good care of my son. As a dad, you don’t want just the coaching staff, you want the entire community to embrace your kid. It’s home away from home.”

Chester’s advice to his football-playing son: Be a professional.

It’s why Keyan, as a high school senior, catches 200 footballs out of a machine every day. It’s why he takes ice baths twice a day and watches film at home.

After all, he has his father’s legacy to uphold. In Tucson and, maybe someday, the NFL.

“It’s the biggest blessing in the world to be able to play on the same field that he played on and to put on the same jersey,” Keyan said. “It means everything.”

Don Brown will coach the Arizona defense one last time when the Cats visit ASU on Saturday.

Cats Stats: Who will win the Territorial Cup? These numbers could determine the outcome

A look at five sets of statistics that could decide the winner between Arizona and Arizona State. 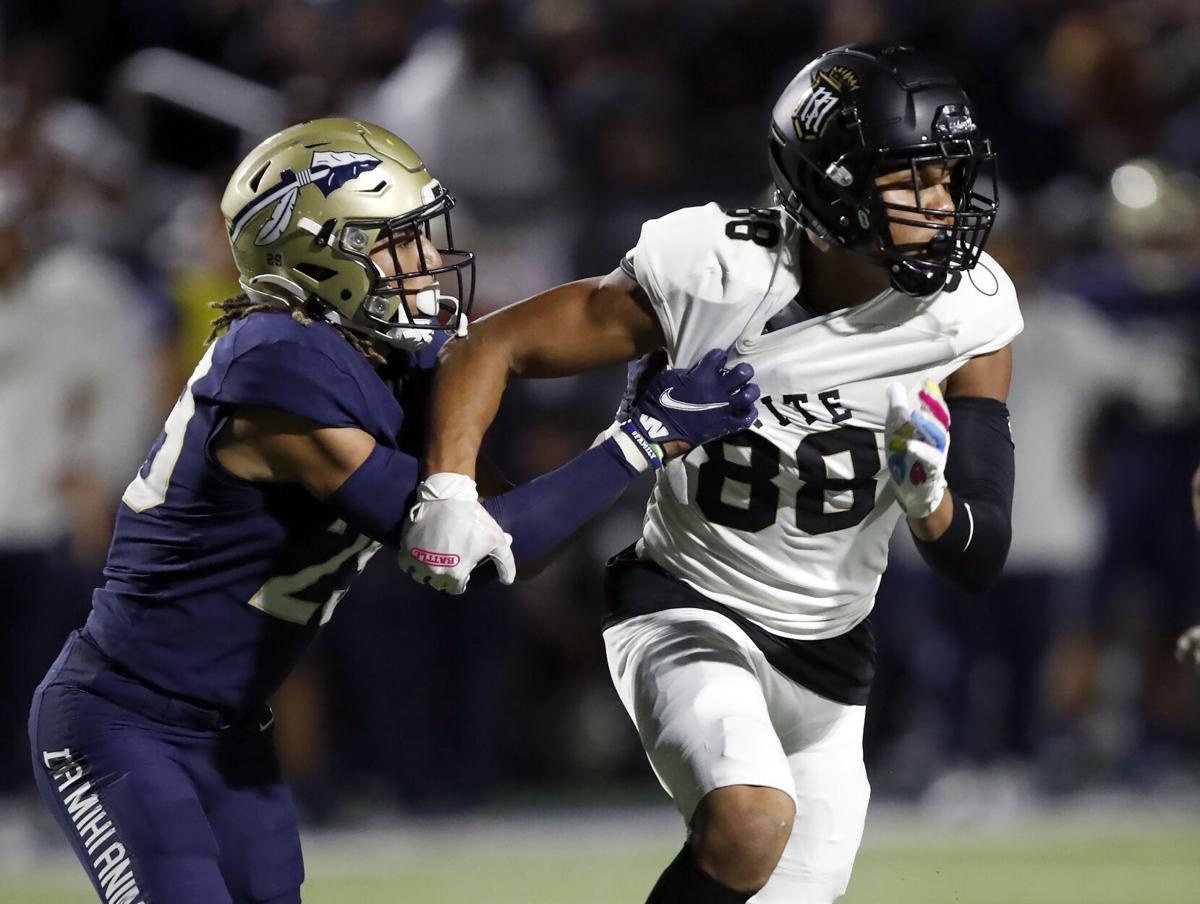 Servite tight end Keyan Burnett, right, decommitted from USC and flipped his commitment to the Arizona Wildcats. He’s following in the footsteps of his dad, Chester, who played on Dick Tomey’s “Desert Swarm” teams and spent three years in the NFL 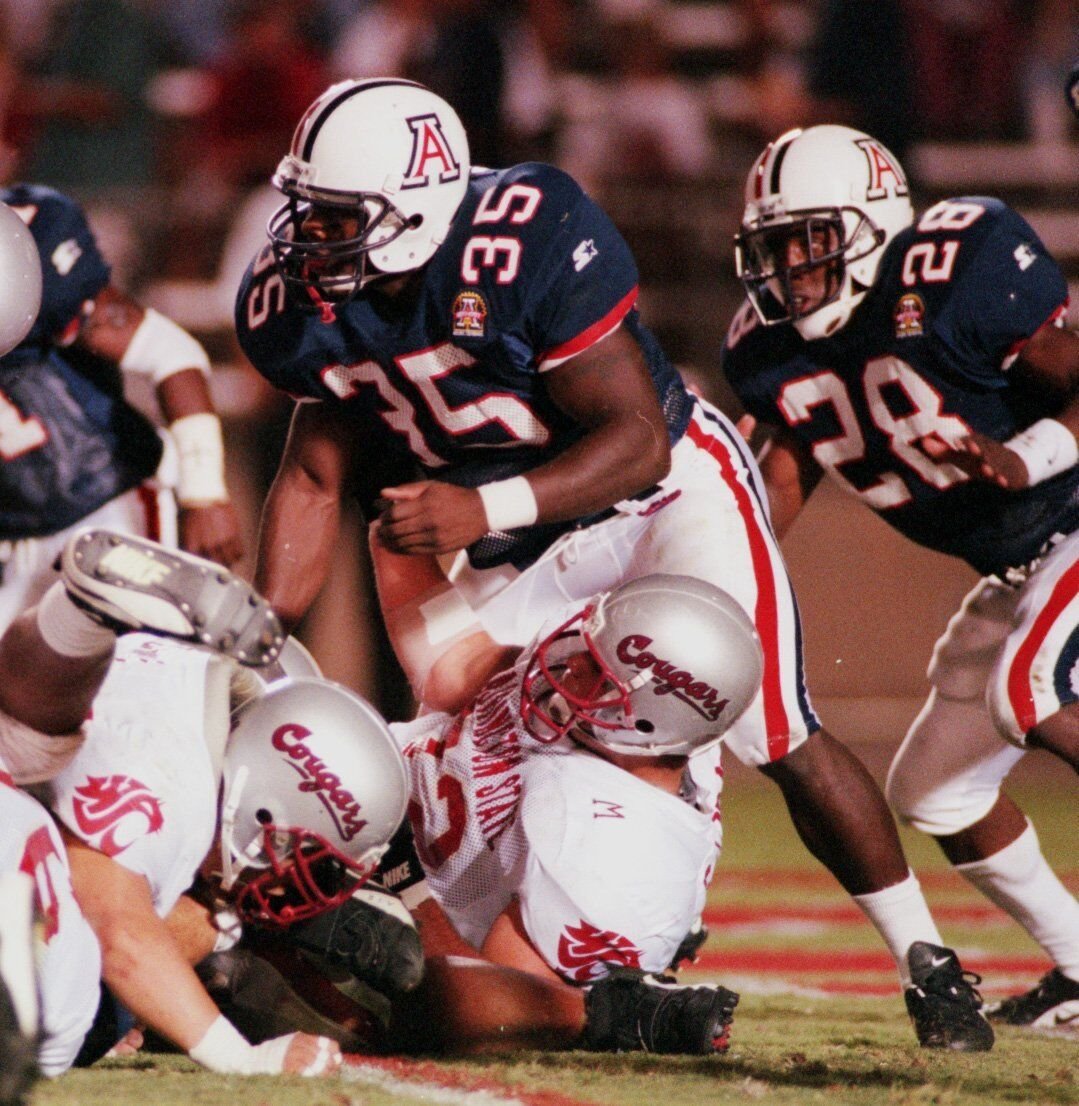 Arizona linebacker Chester Burnett takes down a Washington State opponent during the Wildcats’ 1996 game against the Cougars. 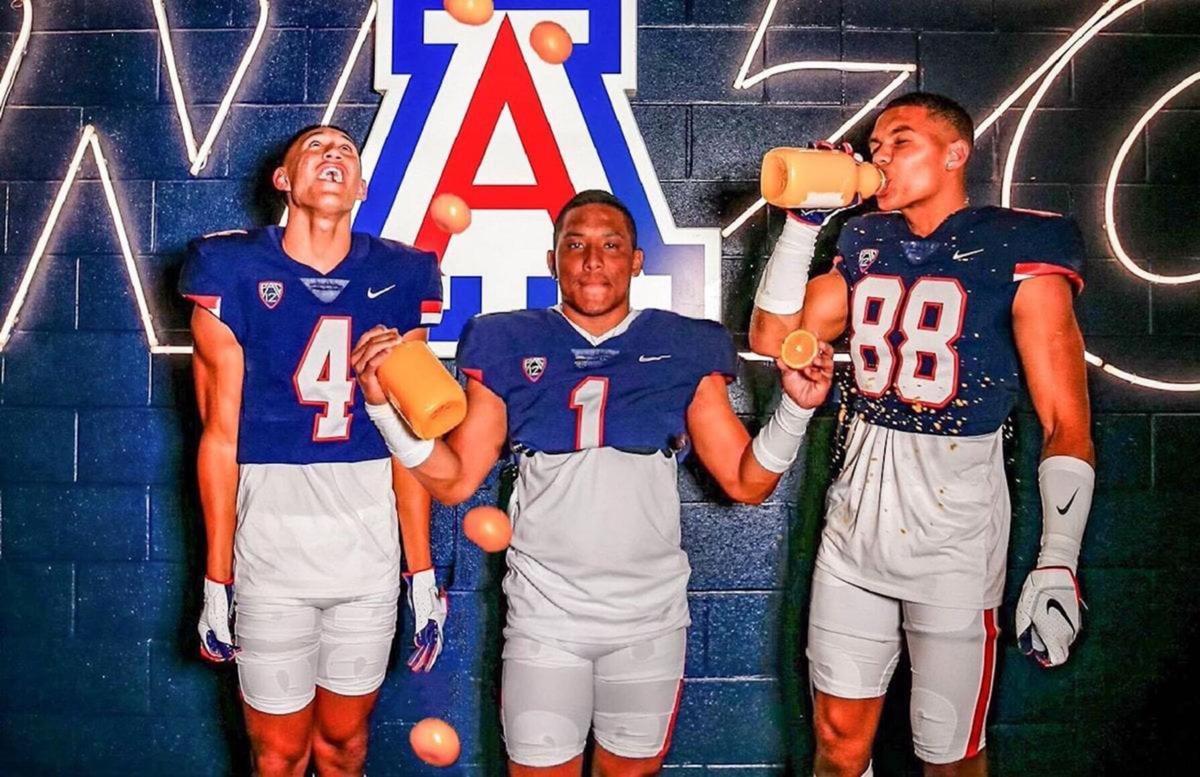