Positive publicity has been hard to come by for the Arizona Wildcats football program over the past two years.

After Rich Rodriguez was fired amid an off-field scandal in January 2018, Kevin Sumlin arrived with enormous expectations. But the on-field product hasn’t met them; Arizona has gone just 9-15 in Sumlin’s two seasons.

That lack of success has had a negative impact on recruiting, which was supposed to be a Sumlin strength. As of Saturday, the UA ranked 11th in the Pac-12 and 63rd nationally for 2020, according to 247Sports.

But not everybody sees it the way the analysts do. Where some see a struggling program led by an embattled coach, others see an opportunity to make positive change.

Ahead of Wednesday’s national signing day, the Star talked to five players who recently enrolled at Arizona, have signed with the UA or verbally committed to the school. All spoke of the program with enthusiasm and optimism.

Blackwell and Schooler enrolled at Arizona last month; Crump and Wilson signed with the school in December; and Brown committed to the Wildcats on Jan. 14. All were asked the same basic set of questions. Here’s what they had to say:

What appealed to you most about the UA?

Crump: “The coaches. Coach Sumlin produced a lot of NFL talent (at Texas A&M). Coach Demetrice Martin sent a lot of DBs to the league (from UCLA). I just felt like that was a good spot for me.”

Wilson: “The working environment. The sense of brotherhood. Everybody wants to win. Everybody’s on the same page.”

Brown: “With the coaches, it was more than just football — it was about life after football.”

Blackwell: “Location for me. It’s close to home. (Blackwell grew up in the Phoenix area.) The situation of the team, where they’re moving toward next year. The defensive line is a huge point that they’re trying to emphasize.”

Schooler: “It was just the best opportunity for me to come in and make an immediate impact … and also come out here and play with my brother again. (Schooler’s younger brother, Colin, is a linebacker for the Wildcats.) We always talked about in high school how cool it’d be to play with each other in college. At first, we didn’t get that opportunity. But when this came around, it was pretty hard to pass it up.”

Are you surprised that more players haven’t followed your lead?

Wilson: “I am surprised. But I know it’s a process. Everybody has their own decisions. Sooner or later, they’re gonna figure it out.”

Brown: “Not really. Most recruits want to go where the hype (is) at. That’s not something I get into.”

Schooler: “I don’t know about them. I don’t know what their situation’s like. I don’t know what other schools are talking to them. This was big on my radar. It’s nice and warm. Growing up in Southern California, I love the warmth — not a big fan of the cold. I needed to find somewhere that I was going to fit in academically. Each player has their own individual reasons.”

The program has struggled under Coach Sumlin. Why didn’t that deter you?

Crump: “I knew the talent level wasn’t there (in) the front seven. I feel like our linemen were just too small to compete with certain teams. And when I look at (recruiting websites), I see that’s the first thing we’re looking for – some big boys up front. Of course, I have to do my job. But I just believe in (the plan).”

Wilson: “I truly believe you have to start from the bottom and grind your way up. Even though we’ve had bad seasons, you can see the development and where it’s going to be. I believe in the program; I believe in the process. What’s the fun of it if everything was easy?”

Brown: “It’s just made me feel like I can help the program rise and help build it.”

Schooler: “All it takes is one good offseason, one good spring ball, one good whatever … to turn a program around. My freshman year up at Oregon, we went 4-8. The next season, 7-6. You kind of just build on that. I know what it takes to turn a program around. From the workouts I’ve been at and hanging around with the guys, that camaraderie is there. We need to … keep getting tighter. When you’re in the season and you’re going through ups and downs, that camaraderie and that brotherhood, that tightness is going to get you through those ebbs and flows.”

Sumlin is on the proverbial hot seat. Did that give you any second thoughts?

Crump: “At first, yeah. But … I know it just comes with the game. This is a business. It doesn’t matter where I go — any one of my coaches can be fired at any moment.”

Brown: “A little, but not really. Because I know things will and can change.”

Blackwell: “No. You look at college football in general. Coaches are switching (jobs). Nothing is certain in this sport. You always pray for the best. You want a guy to be around as (long) as possible. But at the end of the day, the administration is gonna make their call … if they don’t think they have the right fit. Or coaches want something else. I don’t hold that against (them). I’m not gonna lean on a coach for everything, so I really hope guys are finding themselves, pushing themselves and not relying on somebody else.”

What’s been the main message from Sumlin and the other coaches?

Wilson: “They want me to come in and do what I do best — work hard, make plays and be a leader.”

Brown: “Basically, with the group of guys that’s there and the 2020 group that’s coming in, we will do big things.”

Blackwell: “The biggest thing they’ve preached is getting back to the basics. A lot of talk last year was just the infighting; we had too much uncertainty of what guys wanted to do. That’s one of the things that they’ve preached to me to do is (to) right the ship, keep guys in line. I take pride in making sure guys are handling ‘A’ before they get to ‘B.’”

Schooler: “Just be accountable for your actions. Be early to meetings, be early to lift, stay after, get extra work. Because that extra work and being accountable is what’s really going to help you through a season.”

Does it upset you when media and fans criticize Sumlin and/or the program?

Wilson: “No. Personally, when it comes to media and people talking about the team, I really don’t pay attention to it because everybody’s gonna have an opinion on everything. If I get caught up in their opinion, they’re going to control my emotions about my team.”

Brown: “No. I don’t care about another person’s opinion. They have theirs, I have mine.”

Blackwell: “Fans are going to do that. They want programs to succeed. Back in New Mexico, we had the same problem. People want to win. If you’re not winning they’re going to be upset, and they have every right to be. We always just hope that they can continue to support (us) through the hard times and the good times, because that’s what really matters.”

Schooler: “No, not really. That’s just outside noise. Those people who do criticize the program or criticize a coach or criticize a player, they’re on the outside for a reason. They’re not here, getting up at 5:30 to come in for a 6:30 workout.”

If you were an Arizona coach, what would your recruiting pitch be?

Crump: “First, I would say (it’s) a program on the rise. We’re in the Pac-12, so you’re getting the best level of competition. It’s a good program school-wise of course. Good atmosphere. Good college town — it’s not super small, but it’s not too big either. It’s just right in the middle.”

Wilson: “I’m a really blunt person. I’d tell them straight up that Arizona is the place that you need to come to. We can make a really big change in the Pac-12. Join us. We’re an up-and-coming program. We’re gonna make some damage in the near future. We’ve got something new. It’s gonna be bigger and better.”

Blackwell: “You want to be part of something where you can be great? There’s opportunity exploding here to make a difference and make a name for yourself.”

Aaron Gordon's 24 points not enough in Orlando's loss to Miami.

No. 11 Oregon loses to Stanford but remains in first place in the conference.

Seen and heard from Pullman, where Arizona has pulled off a weekend sweep.

NBA-best Bucks too much for Suns in 21-point win

Ex-Arizona Wildcats running back J.J. Taylor has earned an invitation to the 2020 NFL Scouting Combine, becoming the first member of UA's elig…

Live updates as the UA looks to top off its 2020 class on National Signing Day.

Tailback J.J. Taylor is the only ex-Cat to make the list for the 2020 event.

The Cats will begin spring ball on March 2 and conclude April 4 with the spring game at Arizona Stadium. 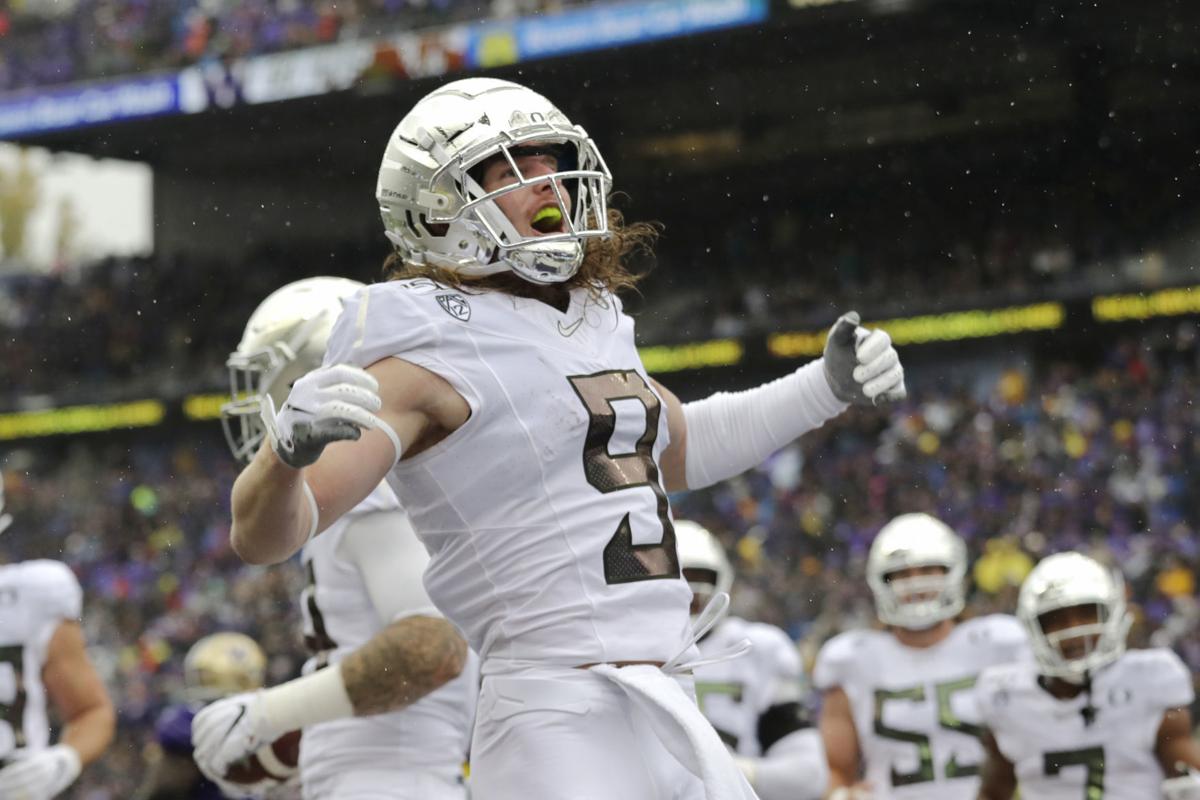 Brenden Schooler is a grad transfer from Oregon and will be on the same UA team his brother, Colin. “We always talked about in high school how cool it’d be to play with each other in college,” said Brenden. 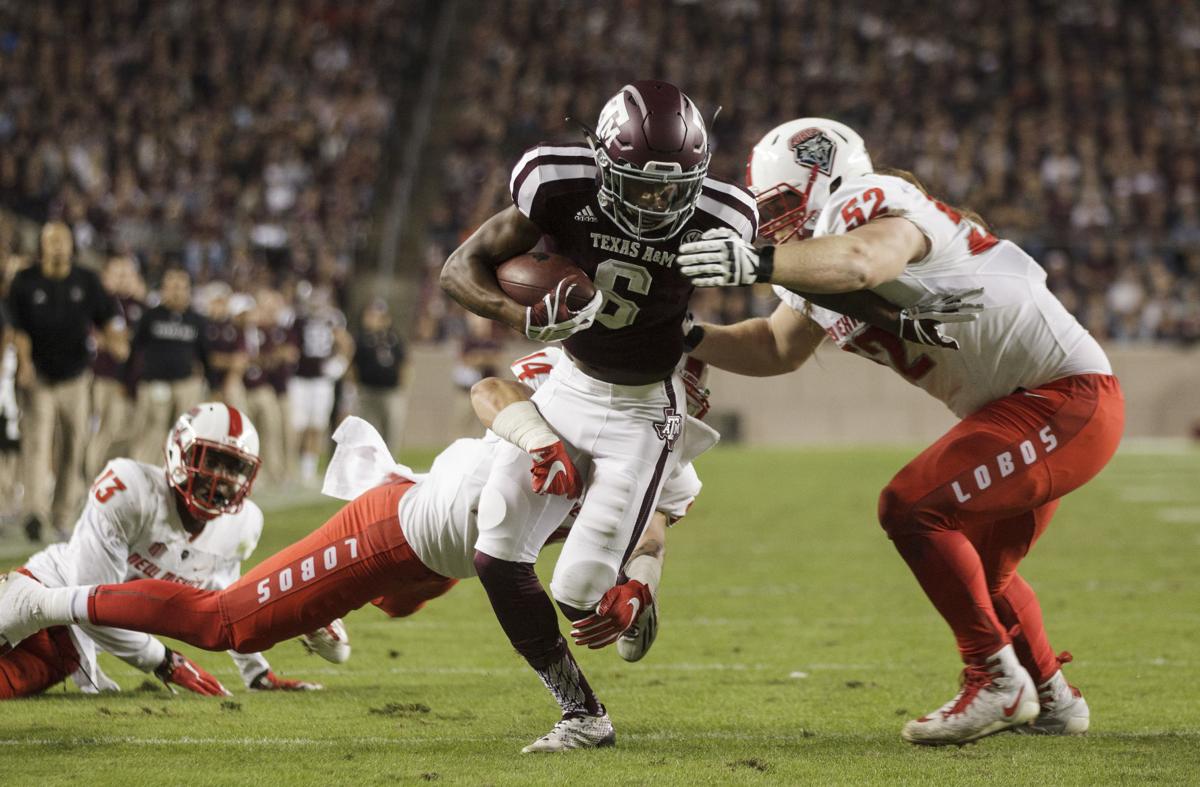