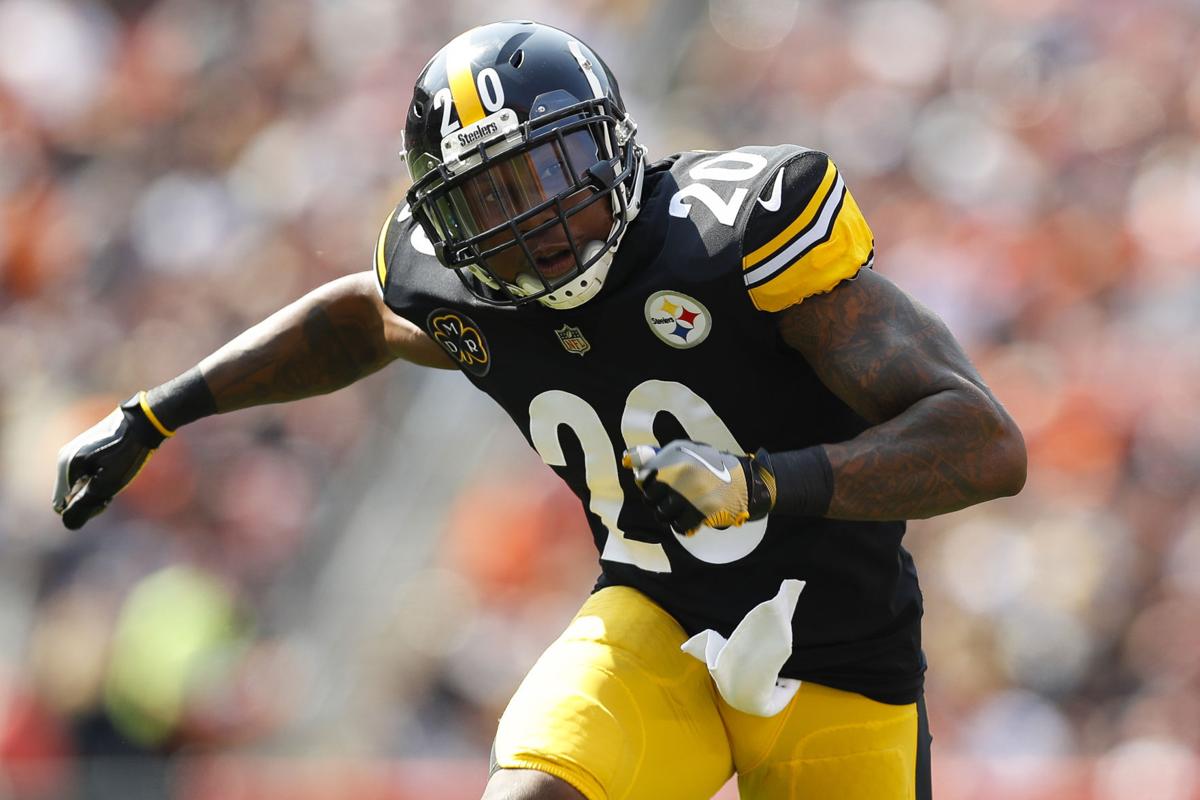 Steelers safety Robert Golden begins his sixth season in the NFL after signing with Pittsburgh as an undrafted free agent. 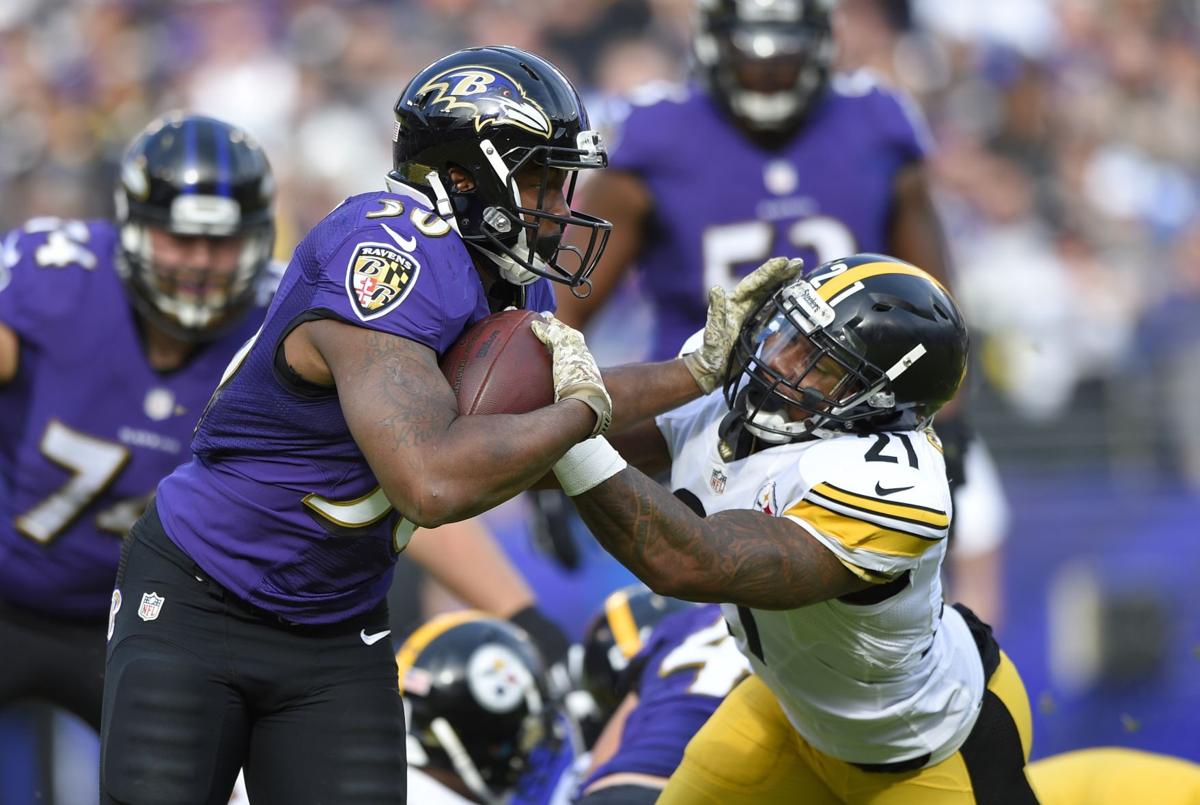 But sometimes life is a shifty wide receiver with a step on you. Sometimes life shows you a corner route when you’re expecting a slant, and you end up twisted and unsteady.

And that’s when Robert Golden takes everything he has learned at Fresno’s Edison High School and the University of Arizona football team, and for five years with the Pittsburgh Steelers, and puts it into use.

You can get lucky and sneak into the NFL as an undrafted free agent. A timely injury fells your competition. A college coach gets on a professional staff and puts in a good word. A month of good practices turns into a productive training camp, and boom, you’re one of the 53.

But at a certain point, it just ain’t luck.

When Golden entered the NFL Draft in 2012 after four seasons with the Wildcats — he chose the UA over offers from UCLA, USC and Oregon so he could become Antoine Cason’s heir apparent at cornerback only to be switched to safety — he was optimistic yet realistic. When his name wasn’t called, he knew he still had an opportunity, however unlikely.

Golden’s presence in Pittsburgh, where is in his sixth season as a special teams ace and sometime-starting defensive back, is a testament to stick-to-itiveness and perseverance. It took Golden a year or so to settle in; once he did, he found a home in the Steel City.

On Saturday, he spoke about life in the NFL after the Steelers had just completed yet another walk-through, almost the 100th of his pro career. It still hasn’t gotten old.

“I sometimes get that feeling, like, ‘Wow, I’m living out my dream,” he said. “It is a dream come true. But going into my sixth year, I’ve adjusted to it.”

That comfort comes with the role Golden has carved out for himself.

He is a three-time special teams captain for the Steelers, given the responsibility of leading a unit, even if his name recognition doesn’t extend much further than fans of the black and gold.

Last season, he started nine games after Pittsburgh declined to resign Will Allen. This year, he’s returned to a backup position but is expected to be a key contributor to a young and improving defense.

He has become a respected fixture in the Pittsburgh locker room, and the Steelers have rewarded the former UDFA with nearly $8 million in contracts.

“I feel like this is a first-class (organization),from everything they do,” he said. “(T)here is so much loyalty here. It’s a profession, but if you do what you’ve got to do, and do it correctly, they’ll keep you around. I’ve done what I have to do to get the job done, and they find value in that.”

Gone are the days when Golden looked over his shoulder every day, skittish like a wideout crossing the middle.

“My second year, just being around the guys, it gave me the belief I belonged. I understood what I could do. I still understood I was a free agent, I am a free agent, and the chip is still on my shoulder,” he said. “I always feel I have to prove I’m worthy.”

Golden said it took him a year to find his groove with the Steelers, that he needed to experience life as an NFL player to finally get his bearings.

How about life as a husband?

Golden recently celebrated his first anniversary with his wife Lechet. The two have an 11-month-old boy, Robert Jr.

There was a time when Golden could put hours and hours of extra work in at the Steelers training facility, when he got his reps chasing Antonio Brown in cleats, not Junior in Pampers.

With a growing family to support, Golden has looked for any edge he can get.

That includes financially, where the arrival of new cornerback Joe Haden — a former No. 1 pick of the Cleveland Browns — has proven to be a blessing. When Haden’s request for Mike Mitchell’s No. 23 jersey went nowhere, he turned to Golden. The ex-Wildcat gladly relinquished his No. 21 for a price neither player wants to mention. Golden now wears No. 20.

“It’s in-house,” Haden told the Pittsburgh Post-Gazette, “but I had to pay a little bit.”

Plus, what’s a number when a baby already has yours?

“I just try to keep my priorities in order, and I try to make sure we stay grounded as a family,” Golden said. “My boy is my pride and joy, and I love my wife so much for blessing me with my first son. I love them and care for them, more than I do football actually.”

Lechet and Robert’s July 2, 2016, wedding was a splendid affair, even if air conditioning issues has caused the couple to seek legal action against the venue after guests suffered from dehydration. The food was great, so was the dancing, and the celebration left an afterglow.

For two weeks, at least.

Golden’s highest of highs came 13 days before the lowest of the lows.

Who is there to guide Golden through young parenthood? There is a special bond between a father and a son, particularly when that son has a son of his own. It’s not just a name that gets passed down, but lineage and lessons.

Golden, a man of faith, had his tested.

“It was … hard,” he said, after a pause. “Losing my father was one of the hardest things I’ve experienced in my lifetime. He wasn’t sick. He had a heart attack in his sleep. I took football as my sanctuary.”

Sundays in the fall are no less impactful for him than at any other time of the year, and, he said, “When I’m working, studying, practicing, it takes my mind off everything.”

It has been a bit of a mental adjustment for the 27-year-old father, who clings to the memories he has.

“I feel like God does everything for a reason. Before the wedding, we didn’t have any family pictures. Like, none. Ones with my brother, my dad and mom, it’d been a long time. To have my dad there, it’s good to look at those photos, to know everything was good.”

Everything was and is good for the optimistic Golden.

The Goldens had already planned to postpone the honeymoon. After a period of mourning Robert’s father and welcoming Robert Jr. into the world, they finally took off for Cancun in February.

Robert and Lechet had the time of their lives.

A good father only knows sacrifice, but the toll taken on Golden to provide for his family is not taken lightly.

Football is a violent game, and with a newborn and a new wife, Golden is thinking more and more about the future. The Goldens own a home in Scottsdale, where Robert trains in the offseason, and they are setting down roots.

Golden is going to play as long as his body will let him, but he knows that the unseen dangers are the ones dominating the news. CTE is not lost on any NFL player at this point, particularly a member of the Steelers, an organization that has seen several of its heroes annihilated by brain issues in retirement.

As a young father, Golden can’t shake the fear.

“I didn’t know it was that severe. Football is football, it’s a game we grew up playing and love, but you want to be safe.”

Golden doesn’t want his son to follow down the same path. Or, at least, if he does, he wants the path to start later.

“I always told myself I didn’t want my son playing football until at least high school,” he said. “Flag football, I’m all for it. I’m going to try to have my son involved in all sports — baseball, golf, soccer – and whatever he loves, I’m gonna support him 100 percent.”

Just like Danny Golden did for his son, which hasn’t left Robert’s mind, or his heart.

Steelers safety Robert Golden is one of eight former Arizona Wildcats currently on active NFL rosters. They are:

Marquis Flowers, Patriots:  The safety-turned linebacker enters his first season with New England after being traded from the Bengals. The Patriots play at the Saints Sunday at 10 a.m.

Nick Foles, Eagles: Foles returned to his original team after spending the 2016 season as Alex Smith's backup with the Chiefs. Now, he sits behind second-year starter Carson Wentz. Foles and the Eagles play Kansas City Sunday at 10 a.m.

Nick Folk, Buccaneers: Folk is in his first season in Tampa Bay. The Bucs will open their season Sunday at 10 a.m. against the Bears. The team's Week 1 game was rescheduled due to Hurricane Irma.

Earl Mitchell, 49ers: Mitchell is in his first season with the 49ers after playing for the Texans and Dolphins. Mitchell recorded two tackles in a home loss to the Panthers last week. San Francisco will play the Seahawks at 1:25 p.m. Sunday.

Will Parks, Broncos:  Parks is the only Rich Rodriguez recruit on an NFL roster this season. The safety recorded one tackle and was frequently rotated into the game on Monday night, when the Broncos beat the Chargers. Denver hosts the Cowboys Sunday at 1:25 p.m.

Brooks Reed, Falcons: Reed finished Sunday's game with a walk-off sack after the Falcons nearly gave up a 10-point lead in the fourth quarter. The linebacker finished with five tackles and two sacks, tying his 2016 season total. Reed and the Falcons host the Packers Sunday night in the first NFL game in Atlanta's Mercedes-Benz Stadium. Kickoff is set for 5:30 p.m.

Eight former Wildcats are playing in the NFL and while Week 1 was a dud for some, Week 2 was a better outcome. Take a look on who's improving …

One Bay Area team enters the official start of conference season with a 3-0 record, two of those wins coming against ACC and SEC opponents. Th…

Steelers safety Robert Golden begins his sixth season in the NFL after signing with Pittsburgh as an undrafted free agent.