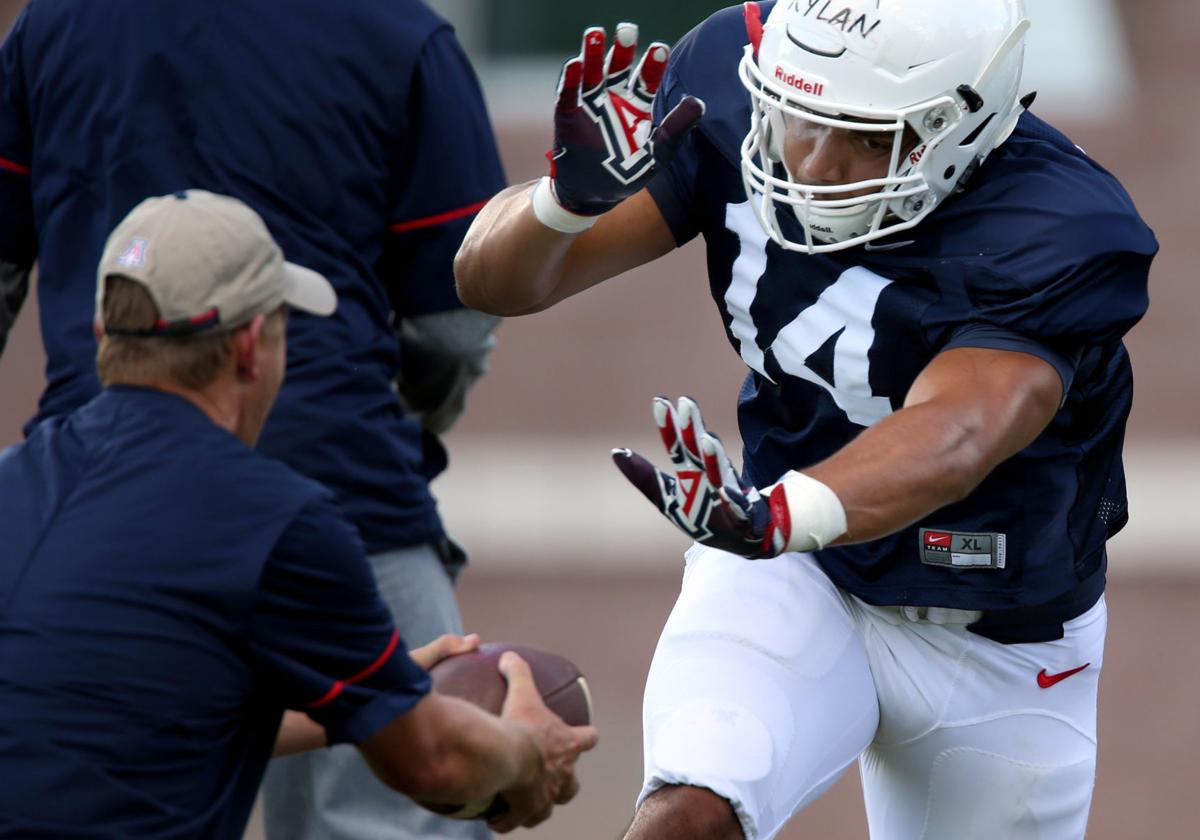 The prospect of early playing time gave freshman defensive end/linebacker Kylan Wilborn an extra push during fall practice. “It puts a chip on your shoulder,” he said earlier in camp. “It makes you come in hungry, even more hungry than before.” 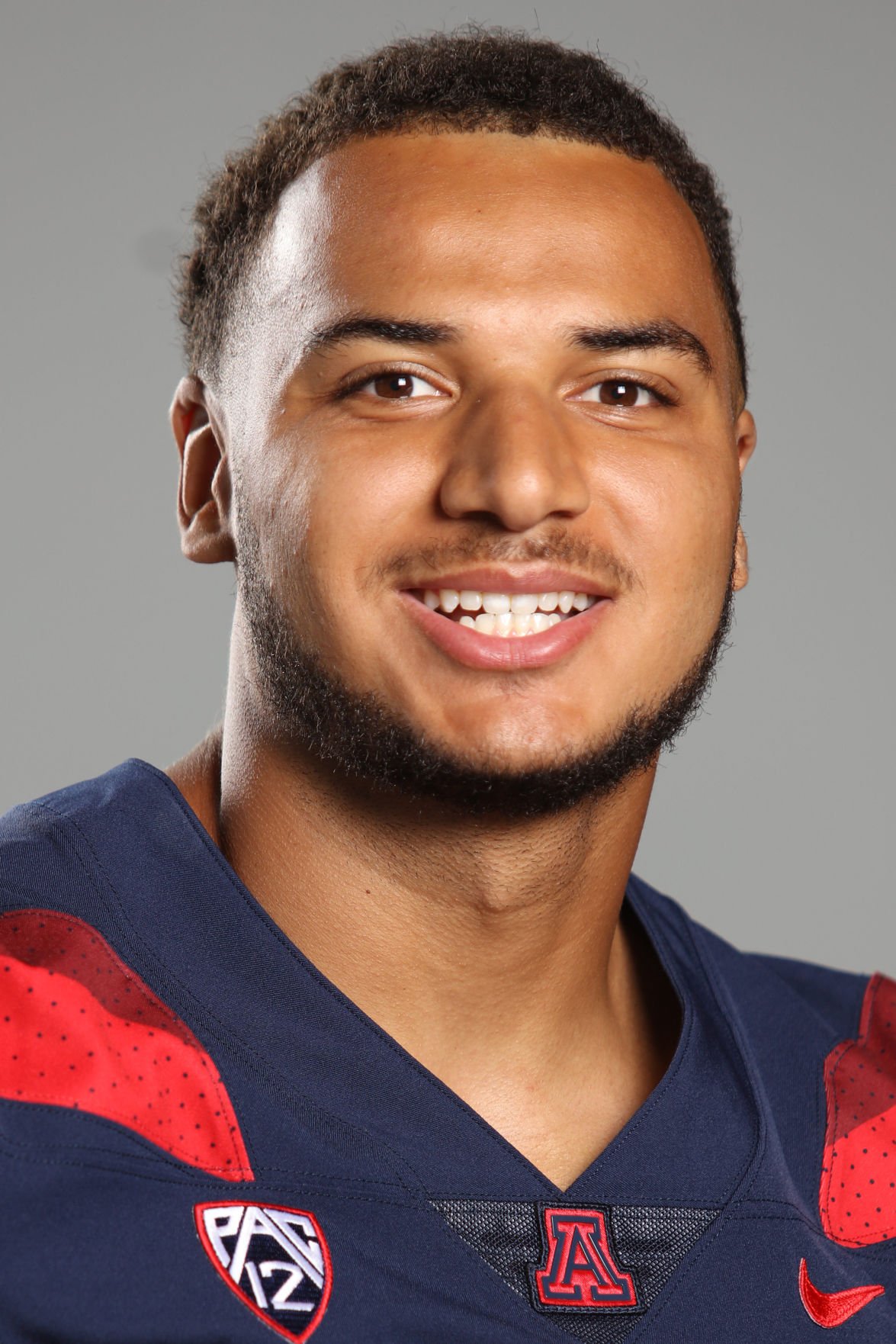 Kylan Wilborn, one of the Arizona Wildcats’ many promising freshmen, recently was discussing the transition from preps to the Pac-12. Everyone at this level, he noted, already knows techniques that Wilborn is just learning.

“Certain moves in high school won’t work in college,” Wilborn said. “You can’t just bull-rush everyone. You’re back at the bottom.”

The latter might have applied to Wilborn when training camp began in late July, but it’s no longer the case. Wilborn regularly has worked with Arizona’s top two defensive units as an edge rusher, and he continued his August ascent with a noteworthy performance in the UA’s “Beanie Bowl” practice Friday night.

Working against the scout team, Wilborn recorded two high-impact sacks: One resulted in a fumble, the other a safety. It was hard for anyone to stand out during the Beanie Bowl; there was no tackling, and the outcomes of plays sometimes were predetermined to set up specific down-and-distance situations. Wilborn managed to make an impression anyway.

That’s good news for the Wildcats, who open their season next Saturday against Northern Arizona on the same Arizona Stadium turf where the team practiced in front of about 1,500 fans. Arizona is desperate to find playmakers at the defensive end and “Stud” positions. Wilborn appears to be a viable candidate.

Rich Rodriguez and his staff promised the possibility of immediate playing time to this year’s freshman class, and they have followed through on that pledge. Wilborn appreciates the fact that it wasn’t just talk.

“It puts a chip on your shoulder,” he said earlier in camp. “It makes you come in hungry, even more hungry than before, knowing that you have a chance to compete.”

Wilborn, who played at Notre Dame High in Sherman Oaks, California, has room to grow physically and technically. But he’s big enough to play right away at 6-2, 245.

His stature complements fellow freshman Jalen Harris, who alternated with Wilborn on Friday. Harris is 6-4, 215. Both have caught the eye of Brian Knorr, who coaches the defensive ends and Studs.

“Jalen Harris and Kylan Wilborn are two young guys that have stepped up,” Knorr said. “They’re not as big and physical as they need to be right now, but their play, their quickness, their explosiveness has been apparent out there.”

Wilborn and Harris’ playing time Friday did come with a caveat: Two veteran ends, Justin Belknap and Lee Anderson III, did not participate, presumably because of injuries. (Neither Rodriguez nor players conducted media interviews after the Beanie Bowl.)

Wilborn also showed his youth at times. On one play, he remained engaged with freshman tackle Edgar Burrola while running back Noah Pittenger scooted around right end.

Even though he seems to have carved out a role, Wilborn knows his transition to college will be a process.

“I’m just trying to learn as much as I can every day,” Wilborn said.

Redshirt junior Brandon Dawkins, the favorite to start at quarterback, led the offense on the first series. Sophomore Khalil Tate, his likely backup, played the second series. The two alternated during a two-minute drill at the end of the first half.

Rhett Rodriguez was the third man in, followed by Donavan Tate. Both freshmen received ample playing time with the second and third units. They’re competing for the No. 3 quarterback spot.

As expected, freshman quarterback K’Hari Lane worked with the scout team. He is likely to redshirt.

The Star projects 13 scholarship freshmen will play for Arizona this season.

No. 3 quarterback, the offensive line and the edge positions on defense are among the unsettled spots heading into Week 1.

The prospect of early playing time gave freshman defensive end/linebacker Kylan Wilborn an extra push during fall practice. “It puts a chip on your shoulder,” he said earlier in camp. “It makes you come in hungry, even more hungry than before.”