Like many others on his team and around the country, Christian Young opted out of the 2020 football season.

The veteran Arizona defender had injured his ankle during training camp. He appeared in the season opener, but the ankle wasn’t getting any better. So Young went home to Houston to focus on his schoolwork and rehab his injury.

“I watched the rest of the games with my Pops,” Young said Saturday after the Wildcats’ first full scrimmage of spring. “It was hard not being on the sideline. I was cheering my team from the couch.”

The time away made Young appreciate “just how much I missed football. It’s just an itch. I love football. ... It made me realize I need to be here.”

Young knew Arizona would be changing coaches after an 0-5 season capped by a 70-7 loss to rival Arizona State. He resolved to give the new staff a chance.

Thus far, it has turned out to be a perfect pairing. Don Brown’s defense features a position called the “Viper” that’s essentially a cross between a safety and a linebacker. It’s ideally suited to Young’s skill set.

“We just really liked his athleticism,” said Keith Dudzinski, who coaches the Vipers and “Sam” linebackers. “The thing we didn’t know is how physical he would be up at the line of scrimmage. He’s shown he’s definitely physical. He’s covered tight ends. He’s made a lot of plays in spring. So I’m real happy with what he’s done so far.”

Michigan’s Jabrill Peppers is probably the most well-known Viper to have worked in Brown’s system. Peppers notched 66 tackles, including 13 stops for losses, and an interception in 2016 under Brown. Peppers was the 25th pick in the 2017 NFL draft.

Young (6-2, 214) is a big longer than Peppers (5-11, 215) but fits the mold that Brown and Dudzinski are seeking. Dudzinski, who has worked under Brown off and on for more than 20 years, described the Viper as follows:

Young has played the equivalent of strong safety at the UA. He has 39 tackles, five passes defensed, two forced fumbles and two fumble recoveries in 24 career games. He has nudged ahead of veteran Rourke Freeburg at the Viper spot for the time being.

“Getting another chance to play football, being on the field with my teammates, I can’t be more grateful,” Young said.

Although the defense was credited with winning the scrimmage, the offense performed better than it had recently. The uptick began toward the end of Thursday’s practice.

“We definitely were better, and we were better today,” UA coach Jedd Fisch said. “That’s what it’s gonna look like. The offense takes a little bit longer. We talked about it earlier: Every block has to be crisp, and every route has to be detailed.

“But I like the way our quarterbacks are throwing the ball downfield ... and I thought our running game has gotten much better over the last two practices as well.”

The breakout offensive player during the scrimmage was third-year receiver Boobie Curry. Curry had had a relatively quiet camp before snatching a short pass from Will Plummer in the middle of the field and pulling away from the defense for a 68-yard touchdown.

Curry later gained 21 yards with a twisting grab on a back-shoulder throw from Plummer up the right sideline. Curry scored another touchdown on a fly sweep.

“We were talking about this ... you could see him taking strides with the more confidence he has in the system,” Fisch said. “Early on in camp it was a lot of thinking and a lot of slow play. Now you can see that he’s very comfortable. He’s working very hard at it.”

Fisch said receivers coach Kevin Cummings “has done an incredible job” getting Curry “from point A to point J. He’s taken a big jump over the course of this camp.”

Curry, who’s also from Houston, has 16 catches for 157 yards in 14 games as a Wildcat. He considered transferring in the offseason after quarterback Grant Gunnell, his teammate in high school and college, left for Memphis.

But Curry decided to return to Arizona, and he’s starting to show the talent that made him a coveted recruit in the class of 2019.

A Q&A with the UA tight ends coach, who discusses the details of the position, name-dropping Gronk and an intriguing developmental project.

The Star talked to Morgan about his decision to commit to Arizona, his conversations with the Wildcats' coaches, and why he plans to major in film and television in college.

Notes and takeaways from Arizona's 10th practice of spring camp under Jedd Fisch and his staff.

Notes and takeaways from the latest UA spring workout under first-year coach Jedd Fisch and his staff. 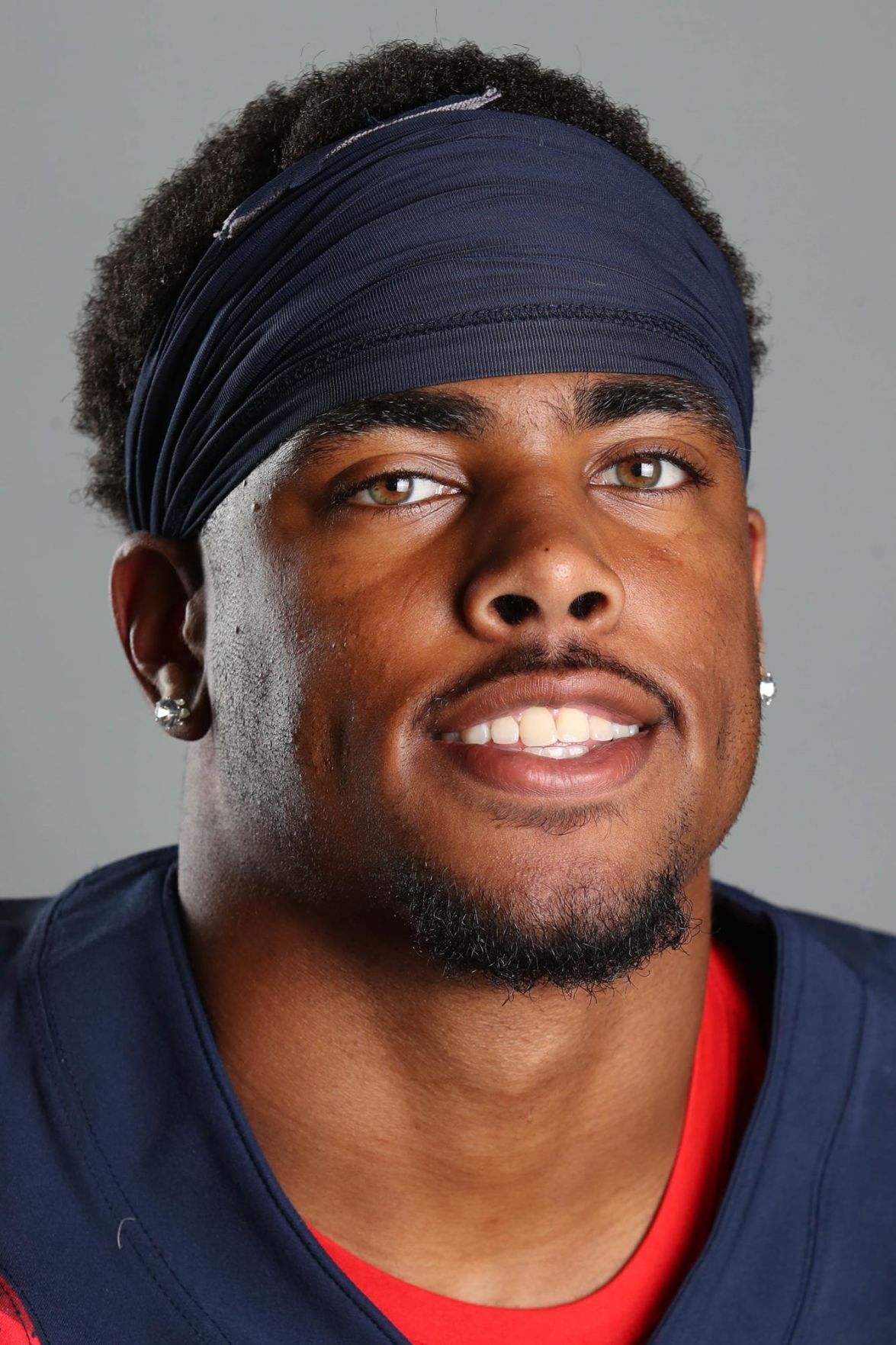 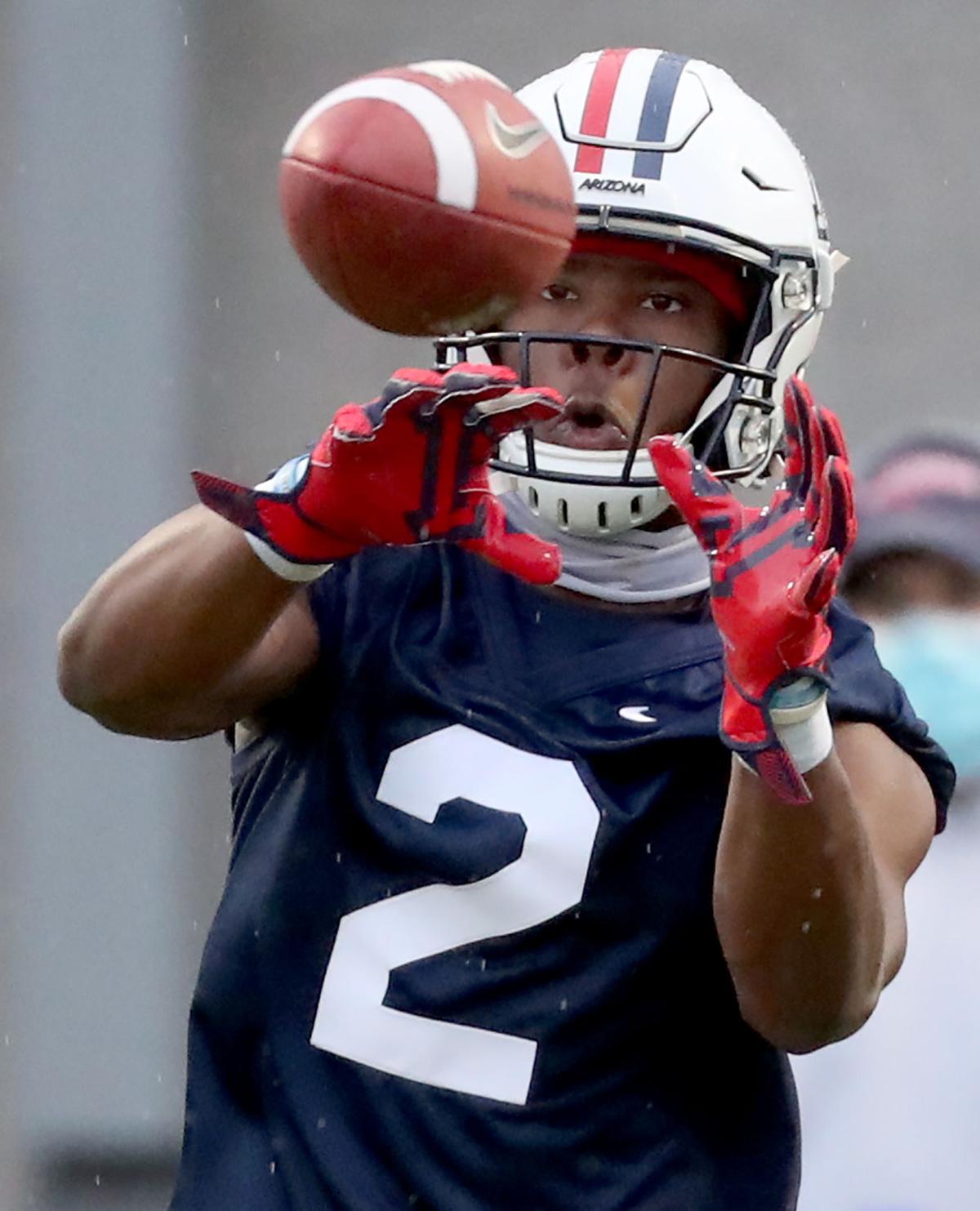 UA wide receiver Boobie Curry was one of the offensive stars of Saturday’s scrimmage at Arizona Stadium.