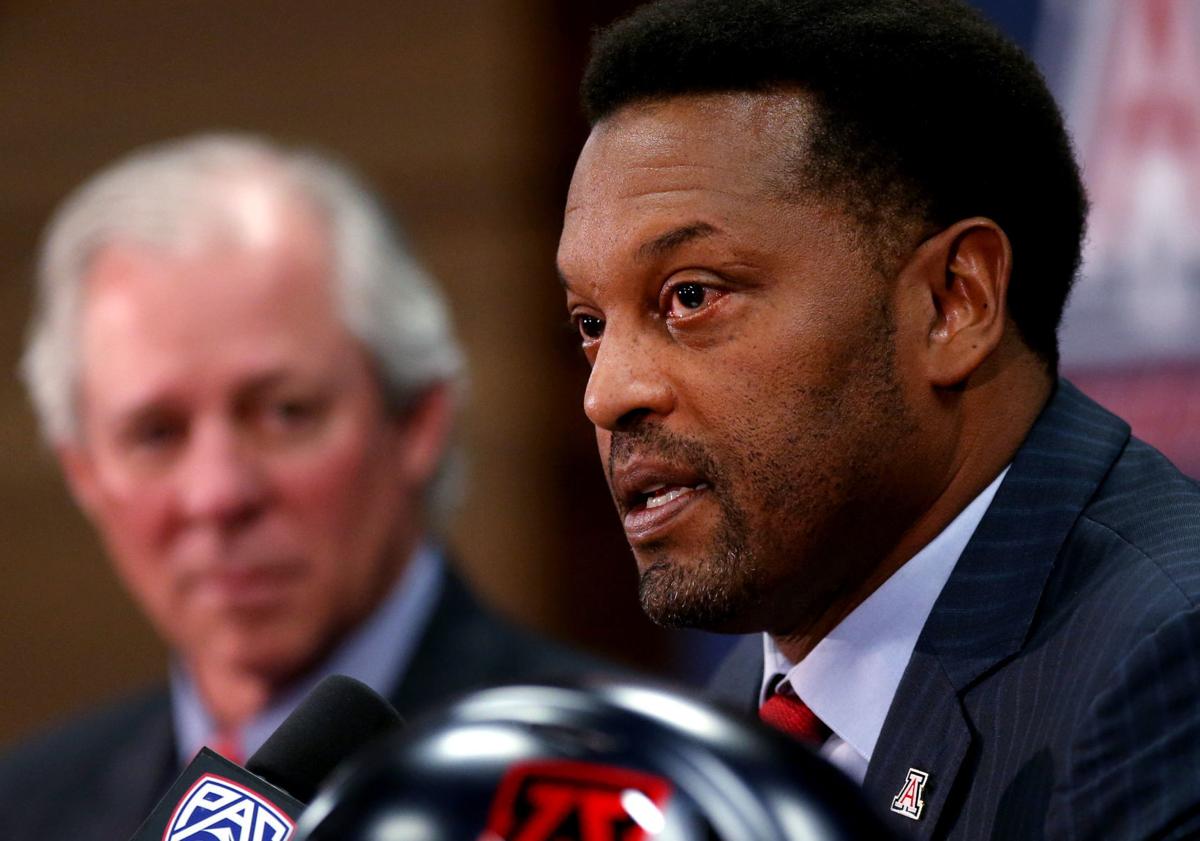 There was no press conference to detail coach Kevin Sumlin’s first recruiting class, which was made up mainly of Rich Rodriguez’s recruits. 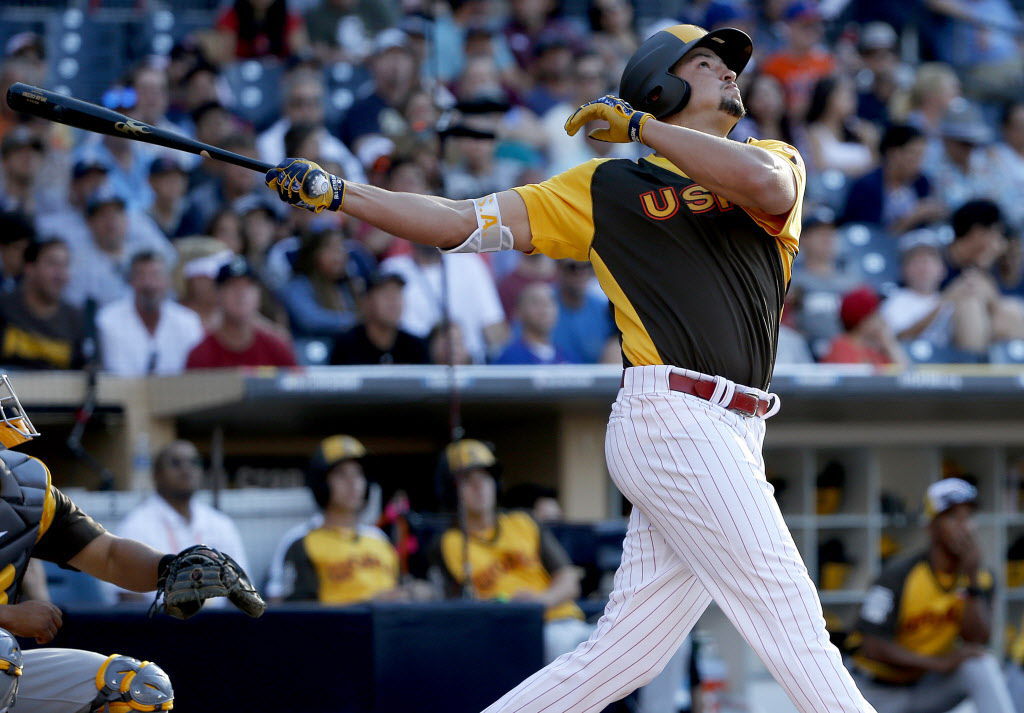 Dylan Cozens, who opted to play professional baseball over becoming a member of the UA football team, has had such a good season with the Double-A Reading Fightin Phils that he got to play in the All-Star Futures game in San Diego on July 10. 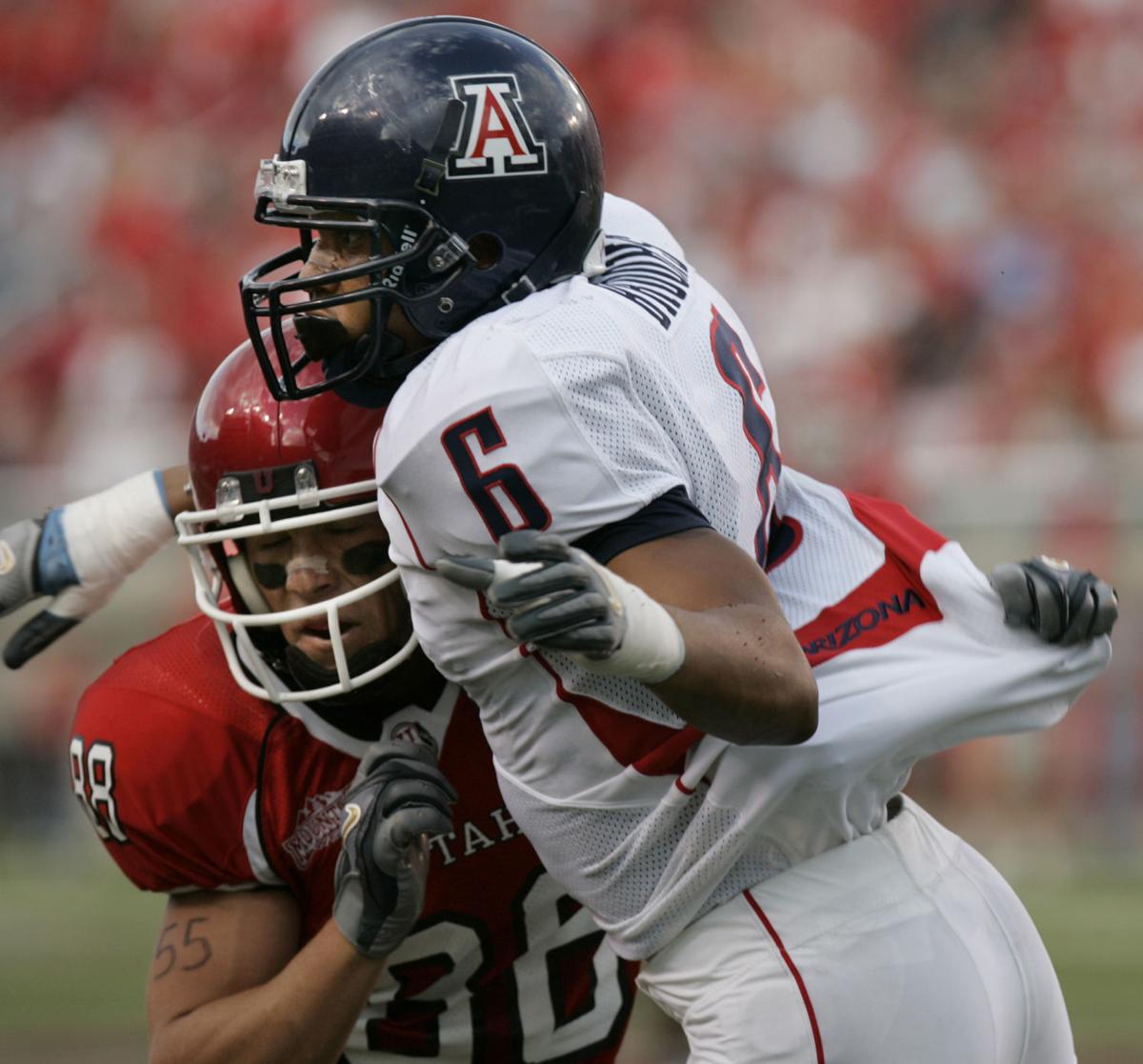 Rich Rodriguez’s first Arizona recruiting class, February 2012, was futile and fruitless. It led to the 3-9 failure of 2016 and, ultimately, RichRod’s firing.

Futile, fruitless, failure, fired. According to my research, it was the worst recruiting class since Arizona entered the Pac-12 in 1978.

In a world of four-star recruits, the UA was 4-F.

Maybe that’s why the UA chose not to have a press conference Wednesday to detail Kevin Sumlin’s first recruiting class, one made up almost entirely of RichRod recruits. What’s the point, anyway? When Dick Tomey announced his Class of 1991, he did not say a word — not a syllable — about Tedy Bruschi.

More than any other college sport, football recruiting is the Great Unknown.

RichRod’s Class of 2012 was so epically bad that his 25-man group had just 2½ full-time, multiyear starters: Will Parks, Cayman Bundage and Trey Griffey, and that’s being kind to Griffey, who had 18 career starts.

Only seven of the 25 ever started a game, yet others transferred and became starters — and this is telling — at Fresno State, Duquesne, North Dakota, Kilgore Junior College, Hawaii, Montana, West Liberty University, Southeast Louisiana and San Diego State.

The so-called star of the ’12 class, Dylan Cozens, never enrolled at Arizona and has instead hit .256 in six seasons as a Philadelphia Phillies minor-leaguer.

You might argue that John Mackovic’s first class, 2001, was worse. But that’s not possible.

Mackovic signed just 18 in February 2001, and it was the first sign he had lost his recruiting touch years earlier at Texas. Eight of his recruits never played a snap at Arizona, but three became full-time starters: Mike Bell rushed for 3,163 career yards, Darrell Brooks started 30 games at safety, and defensive lineman Carlos Williams was a capable three-year starter.

Both Bell and Brooks were second-team All-Pac-10 players; none of RichRod’s Class of 2012 prospects, not even Will Parks, was so honored.

By comparison, Mike Stoops’ first UA class, 2004, was star-studded. In retrospect, it is clear Stoops played the recruiting game more effectively — and surrounded himself with more recruiting-savvy assistants — than Mackovic or RichRod.

That’s why, after sweeping away the debris and starting from zero, Stoops was able to win 34 games over a five-year period, 2006-10, in which he deployed future NFL starters like Rob Gronkowski, Nick Foles, Antoine Cason, Earl Mitchell, Eben Britton and Brooks Reed. Here’s some irony: the core of RichRod’s 8-5 teams of 2012, 2013 and the 10-4 South Division champs were heavily stocked with Stoops recruits.

Stoops and his staff, including Sonny Dykes, Joe Robinson, Tim Kish, Bill Bedenbaugh, Mike Tuiasosopo, Eric Wolford and Mark Stoops, had the recruiting gene that seemed to escape those hired by Mackovic and RichRod.

Sumlin exhibited the same dual approach at Texas A&M, and with those he has hired at Arizona. He does not appear to have made the mistake of hiring old-school coaching cronies to whom recruiting was a weakness.

Among Sumlin’s first hires was Iona Uiagalelei, who recruited and coached the Polynesian community for 17 years at Mt. San Antonio Junior College in Southern California. In an instant, Sumlin had connections to a coveted recruiting vein RichRod ignored.

To get those three prospects, Stoops hired their coach, Gene Johnson, and put him on Arizona’s staff as a graduate assistant offensive coach. It was an indication Stoops wasn’t going to be a pushover.

Sadly, it didn’t work out. Umeh died of a congenital heart-related issue before training camp began. McCoy’s best work at Arizona came not as a receiver but as a sprinter; he finished fourth in the NCAA Indoor championships at 400 meters and quit football. Patrick was a useful linebacker, making 61 tackles as a four-year letterman.

After Umeh’s death, Johnson left Arizona. He is now the head coach at prospect-rich Cypress Ranch High School in Texas.

But Stoops was on the right track. His Class of ’04 included All-America cornerback Cason, four-year starting guard Joe Longacre and linebacker Ronnie Palmer, among the league’s best in 2007-08.

Even as Stoops laid the foundation at Arizona by struggling through consecutive 3-8 seasons in 2004 and 2005, he had typical personnel misfortune from his Class of ’04.

Lineman Sheldon Watts was shot, an innocent bystander, at an off-campus party. He survived, but quit football. Johnathan Turner, who made 17 starts on the defensive line and seemed to be working toward an NFL career, missed his final two seasons because of off-field disciplinary issues.

And then there was running back Kiel McDonald, thought to be one of the top junior-college prospects of ’04. McDonald didn’t qualify academically and instead enrolled at Idaho.

Last week, McDonald was hired to be the running backs coach at Utah. He was the last man from Arizona’s Class of 2004 to make it to the Pac-12.

Now the clock is ticking on Kevin Sumlin and the Class of 2018.

Board will meet starting Thursday to discuss whether it will approve his agreed-upon deal.

Greg Hansen sits down with Justin Spears on National Signing Day to take a look at Arizona's most important additions. What will Cienega quart…

The new quarterbacks provide much-needed depth; defenders Adam Plant and Dayven Coleman round out the class.

Updates throughout the day as new UA coach Kevin Sumlin and his staff put the finishing touches on the 2018 class.

The 6-foot-2, 200-pound Coleman selected the UA over Illinois, Kansas State and Utah.

A deep dive into the numbers Mazzone's offenses generated at Arizona State, UCLA and Texas A&M.

With National Signing Day coming to a close, meet the future Wildcats in Kevin Sumlin's first class as the UA head coach.

From one Nick to another: Like Foles, Arizona Wildcats’ Quintana has grown from failure

The UA third baseman’s late-season struggles as a freshman will make him a better ballplayer in the long run.

Salpointe Catholic and four-star 2020 running back Bijan Robinson added another option to his recruitment. On Monday, USC offered Robinson and…

🔊 The Wildcast, Episode 74: The best part of Kevin Sumlin’s new staff at Arizona is ____

Ryan, Michael and Justin break down Arizona’s coaching staff for the 2018 season under first-year head coach Kevin Sumlin. Where will the Wild…

Coach will make a base of $2 million annually in each of his first two years at the UA.

With the 2018 recruiting cycle over, the real work begins for Sumlin and his assistants.

Kevin Sumlin sets the course for Arizona’s offense: Wildcats will play to their players’ strengths

A Q&A with the first-year coach, who’s gearing up for spring practice.

There was no press conference to detail coach Kevin Sumlin’s first recruiting class, which was made up mainly of Rich Rodriguez’s recruits.

Dylan Cozens, who opted to play professional baseball over becoming a member of the UA football team, has had such a good season with the Double-A Reading Fightin Phils that he got to play in the All-Star Futures game in San Diego on July 10.