Will Plummer had scheduled a visit to Oklahoma State for last weekend. But when the quarterback’s father, who lives in Dubuque, Iowa, couldn’t meet him there because of bad weather, the Gilbert High School product canceled the trip.

It might not have mattered. The three-star prospect had another school in mind — one where the sun shines brightly almost year-round.

“I had a feeling the U of A was going to be my choice anyway,” Plummer said.

A few days later, Plummer made it official: He verbally committed to Arizona on Wednesday, becoming the first member of the Wildcats’ class of 2020.

It wasn’t the weather or proximity to home or the fact that oldest brother Max is a UA senior that sealed the deal for Plummer. More than anything, it was the relationship he had formed with UA offensive coordinator and quarterbacks coach Noel Mazzone.

“He’s a goof. He’s funny,” Plummer said. “Me and him can talk on the phone for two hours. Our personalities just click. You can tell he’s a players’ guy.”

It was easy for Plummer to envision himself playing under Mazzone and Kevin Sumlin. In a phone conversation with the Star, Plummer rattled off some of the quarterbacks who have excelled under their tutelage, from Philip Rivers to Johnny Manziel.

“Coach Sumlin and Coach Mazzone have résumés you can’t compare to anything,” Plummer said.

As for his own playing style, Plummer considers himself a pro-style quarterback. But he rushed for more than 500 yards as a junior at Gilbert, and his highlights show he can make plays with his feet as well as his arm.

His junior film also features a ton of under-pressure, off-balance and off-platform throws. Plummer regularly is able to fire the ball downfield while under duress. It’s no accident.

“Will’s just got an incredibly talented arm. He can just flick it whenever he needs to.”

Giovando has coached football for more than 25 years and has trained quarterbacks for more than 15. His pupils include former Atlanta Falcons seventh-round draft pick Sean Renfree; Oklahoma-bound Spencer Rattler, the top quarterback in the nation in the class of 2019; and Plummer’s older brother, Jack, a redshirt freshman at Purdue.

Giovando began working with Jack Plummer when he was in eighth grade. Will, a sixth-grader at the time, would tag along and catch passes.

“But he could really throw it too,” Giovando said.

By the time he reached seventh grade, Will was doing the quarterback drills. He isn’t built the same as Jack, who’s listed at 6-5, 215 pounds; Will is 6-1½ and about 205. But Will Plummer, who just turned 17, has room to grow. He has the wingspan of someone who’s 6-5½, and Giovando says the younger Plummer has 10-plus-inch hands, which are evident when he scrambles; Plummer easily grips the ball with one hand when he breaks into the open field.

In a picture he posted on Twitter announcing his commitment, Plummer is standing in front of a UA backdrop with his arms spread wide and a football in his right hand.

“He looks like E.T. with those arms,” Giovando said, laughing. “But he’s very compact (in his delivery). He gets it back and up fast.”

Giovando said Jack and Will Plummer share arm talent and intelligence, describing both as “very quick learners.” Will has a 4.2 GPA, Gilbert coach Derek Zellner said. Jack had a 4.6.

Will is on track to follow Jack’s lead as a midyear enrollee.

“He said it’s the greatest thing you can do,” said Will Plummer, who is due to arrive on the UA campus in January 2020. “You get to learn all the plays. You get to go through spring practice. You’re already comfortable with the team before your class gets there.”

Plummer already has a head-start as the first member of his class, and he doesn’t take that responsibility lightly. The UA coaches have tasked him with helping to recruit some of the other top talent in the state. The class of ’20 could be one of the best in Arizona history.

“It’s pretty significant,” Plummer said. “You get some influence over kids that are on the fence. You can push them over the edge.”

Plummer plans to push himself over the next 12 months. Decision-making and pre-snap reads will be two of his focal points. He passed for 3,229 yards and 25 touchdowns as a junior but also threw 15 interceptions.

“I love it,” Plummer said. “All I ask for is a chance to compete every day. Whatever ends up happening is going to happen.”

Plummer’s competitive spirit has been evident in multiple ways at Gilbert. He played linebacker and tight end as a sophomore when his brother was the starting quarterback. Gilbert had only 36 varsity players last season, including two kickers. There were times Plummer had to sub at linebacker. He also covered punts.

“I would compare him to a mini (Tim) Tebow in terms of competitive spirit and mentality,” Zellner said. “He was always one of the first to volunteer. He just wants to play, and he loves the game.”

In a September contest against Sunrise Mountain, Plummer passed for 668 yards and six touchdowns. On one play, a defender had a hold of his right arm. Plummer switched the ball to his other hand and dumped it to an outlet receiver for a first down.

The Wildcats hired a well-known former NFL star, while the Sun Devils added a former high school coach from a Phoenix-area powerhouse.

PHOENIX — A 20-year-old transient accused of fatally stabbing his pregnant Lyft driver, killing the woman and her unborn child before stealing…

DeVan, 33, played four seasons in the NFL, including as a starting guard for the Indianapolis Colts.

At the heart of Apple's shocking FaceTime bug, which allowed just about anyone to turn an iPhone into a live microphone, stands a 14-year-old …

Here are three keys for No. 6 Wildcats as they open weekend hockey series with Buffs

The puck drops at 1 p.m. on both Friday at Saturday.

PHOENIX — A fourth dolphin has died at a Phoenix-area aquatic facility.A statement from Dolphinaris Arizona in Scottsdale says 22-year-old Kai…

Find out the latest updates on Arizona hoops as the Wildcats look to snap their losing streak hosting the Washington schools this week.

The Arizona Bowl will feature the Mid-American Conference against the Mountain West after next season, Stadium's Brett McMurphy reported.

Depth is becoming a concern for Arizona as the roster changes under second-year coach Kevin Sumlin. 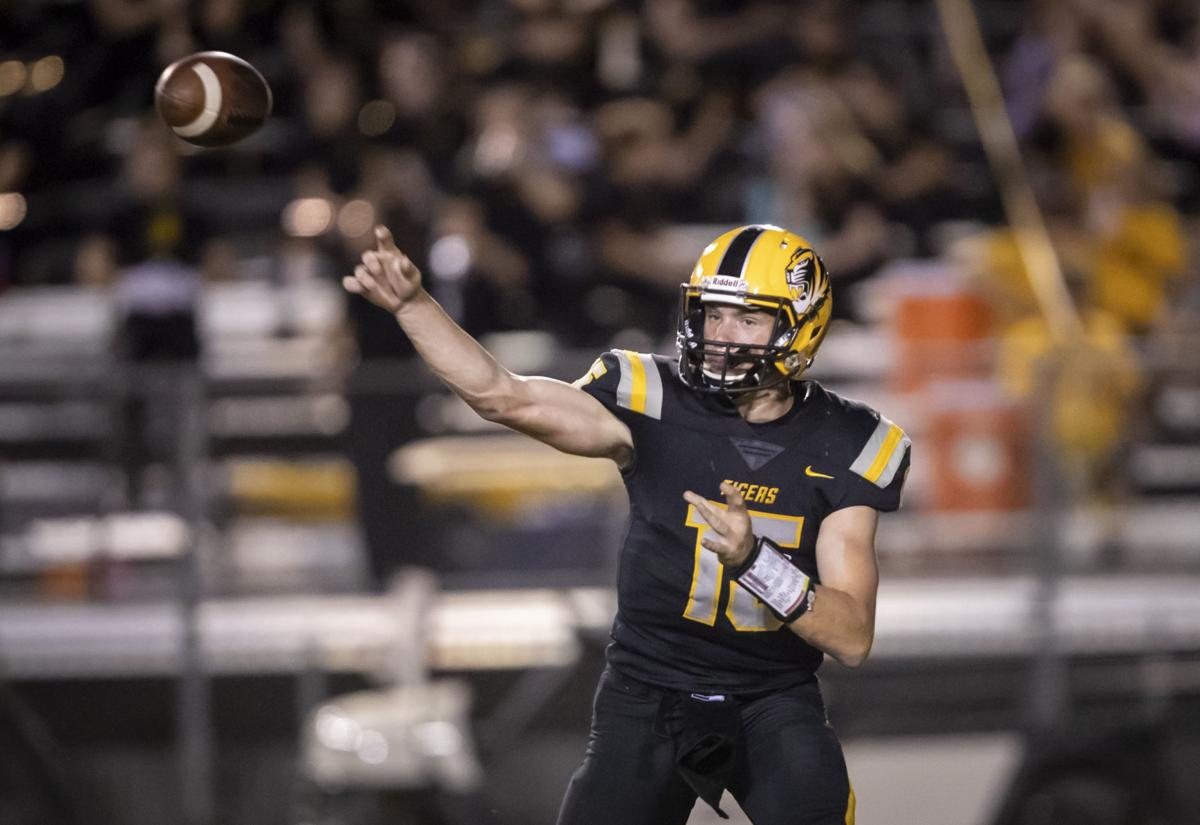 Junior quarterback Will Plummer (15) of the Gilbert Tigers throws the ball against the Notre Dame Prep Saints at Gilbert High School on Friday, Aug. 31, 2018 in Gilbert, Arizona. 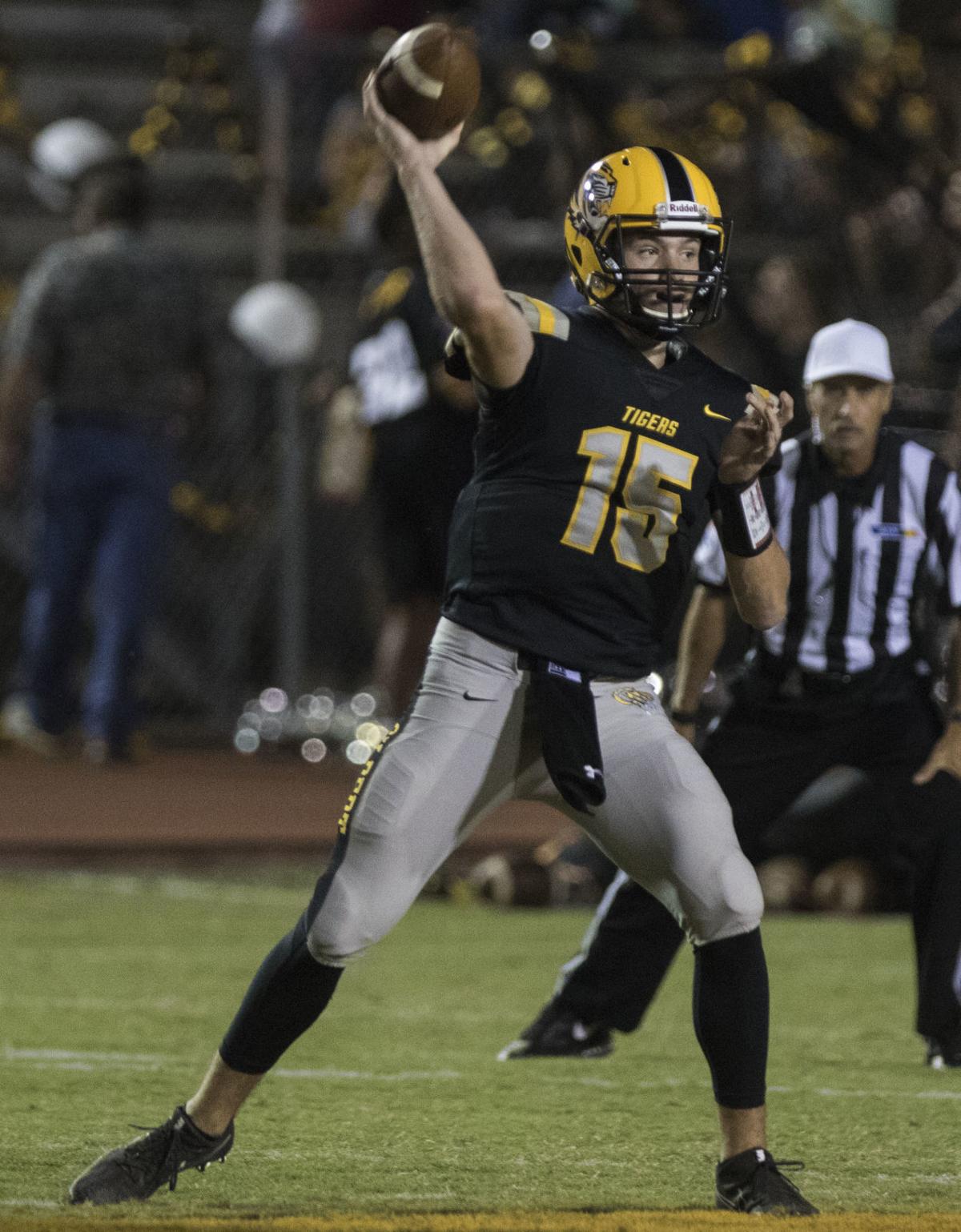 Gilbert quarterback Will Plummer throws against the Campo Verde defense during their game in Gilbert on Friday, Sept. 21, 2018.