The 1998 Wildcats’ season for the ages would be viewed differently if Arizona hadn’t beaten rival Arizona State. In that sense — and only in that sense — it was just like any other year.

Few Territorial Cup matchups have been more thrilling. None has been as higher-scoring.

The star for the winning side was tailback Trung Canidate, who rushed for a school-record 288 yards, including TD runs of 80, 66 and 48 yards. His backfield mate, Kelvin Eafon, rushed just 12 times for 20 yards. He had a significant impact nonetheless.

During the pregame coin toss — generally a cordial get-together — Eafon, one of three senior captains, unleashed an R-rated tirade.

“I can’t say exactly what I said,” he recalled recently, “but they knew there were no games today. They weren’t going to destroy our bowl bid. We weren’t going to let ASU do anything about that. I wanted to let them know to their face.”

The ’98 Territorial Cup represented Eafon’s last shot at the Sun Devils, and he wasn’t about to let them forget what had happened.

“I was standing there thinking, ‘I’ve never seen this much intensity from one person.’ We were just ready to go.”

Part 3 of the Star’s four-part series commemorating the ’98 Cats, whose 12-1 record is still the best in program history.

Events before, after ‘Leap by the Lake’ encapsulated 1998 Arizona Wildcats

“The Leap by the Lake” became that magical season’s most memorable moment.

Debate rages as we celebrate 20th anniversary of 1998 squad.

Top 10: Counting down the most valuable Arizona Wildcats in 2018

The Star's Michael Lev has been counting down the most valuable Wildcats alongside (and other than) Heisman candidate Khalil Tate. Here's the list.

The Arizona Wildcats did not release a depth chart at the end of spring practice, but that’s not stopping us from giving it a shot.

The first-year director of strength and conditioning for football came to Tucson with a detailed plan for summer workouts and beyond.

Watch: New Arizona strength coach Brian Johnson on how he became a Wildcat

Tate's tweet about not wanting to run the triple option might have sent the search in a different direction.

'At the end of the day, it’s my responsibility, my duty and role as the athletic director to select the head coaches in a program,' Heeke said.

The Arizona junior represents the school in L.A. — an inconceivable notion a year ago.

Wallace was expected to be the UA's No. 3 corner, a position now sorely lacking in depth. 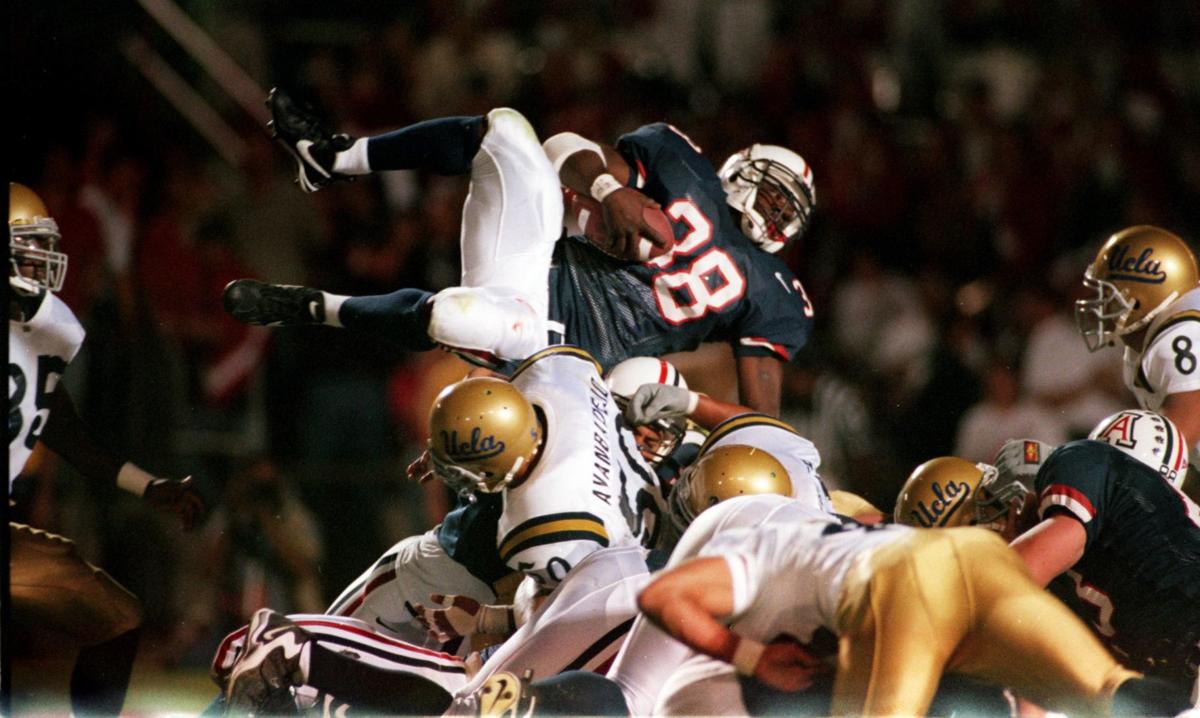 Kelvin Eafon (38) rushed for 16 TDs during Arizona’s Holiday Bowl season 20 years ago. About 40 players from the team that went 12-1 will be in Tucson this weekend, along with coach Dick Tomey, to talk about the good old days. 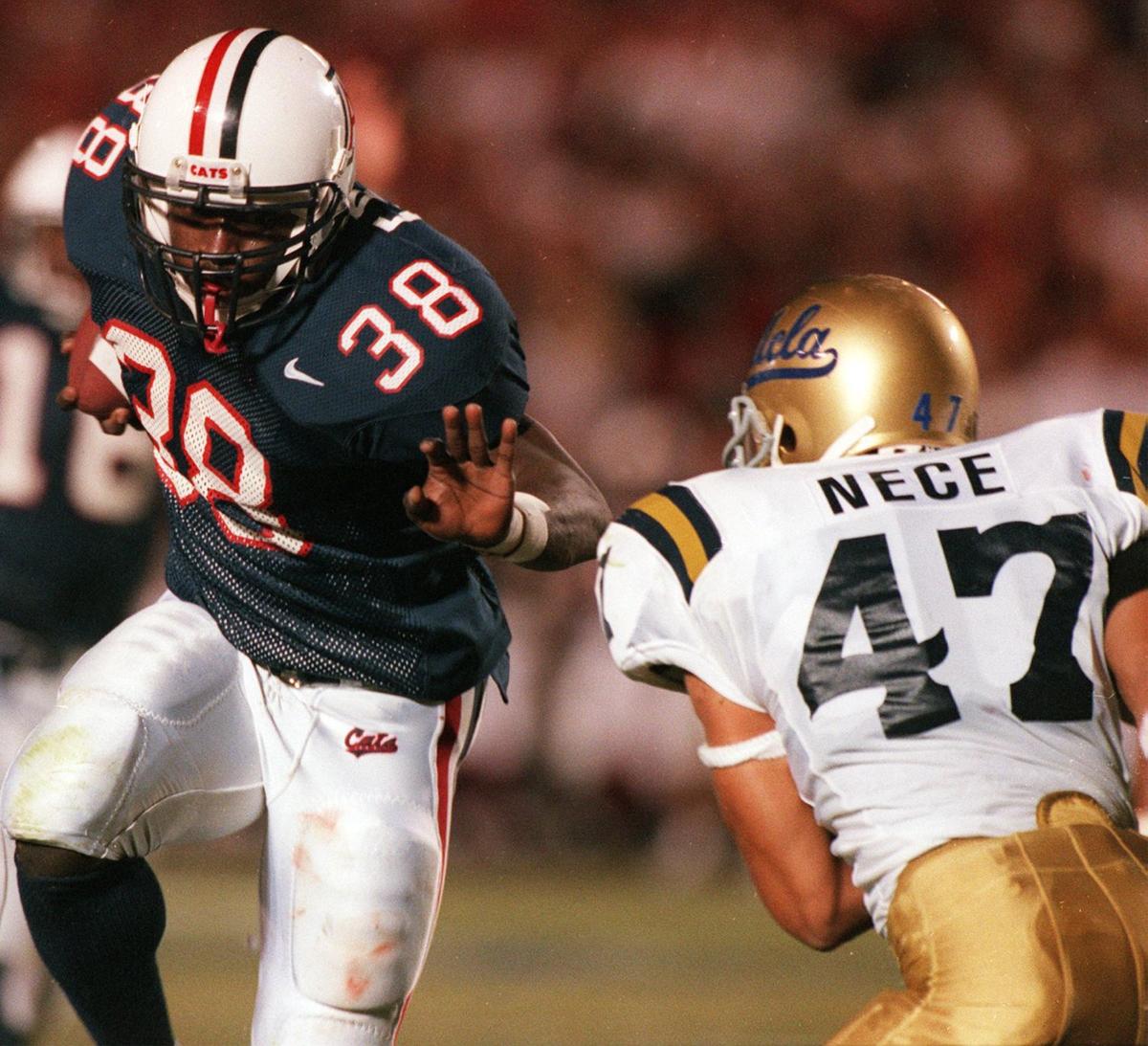 Kelvin Eafon plows past UCLA's Ryan Nece as the Wildcats battled the Bruins in 1998. The UA running back helped set the tone in a 50-42 Territorial Cup win that year. 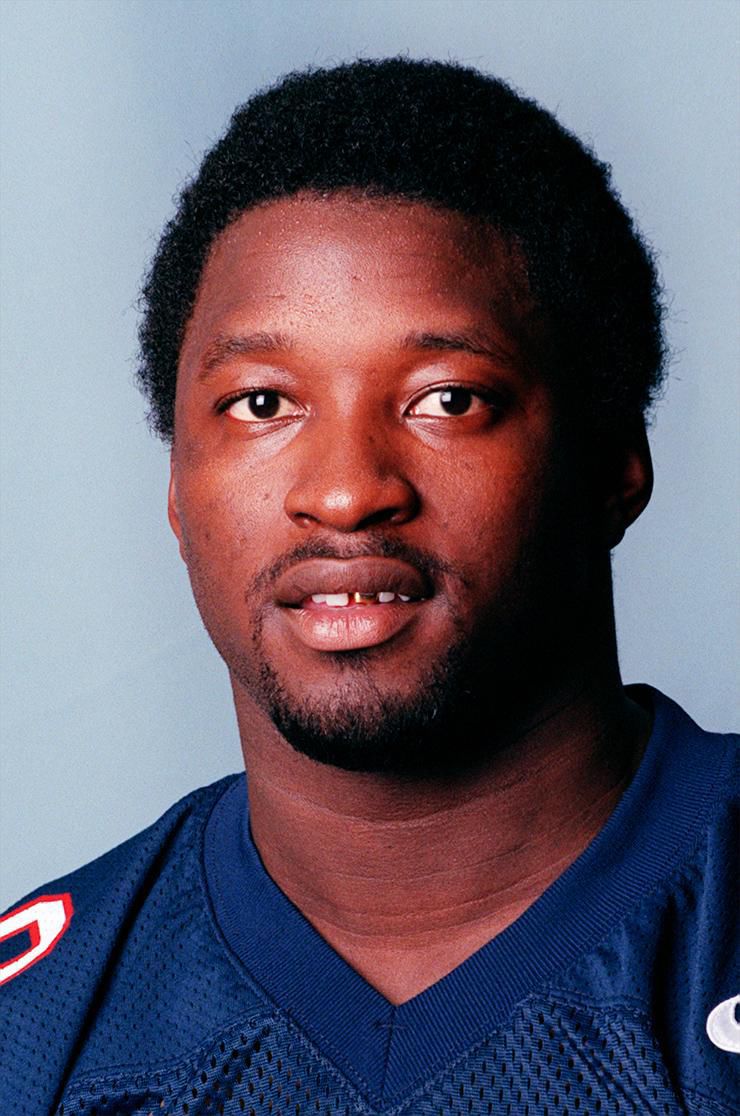