Based on their recent record and roster deficiencies that can’t be fixed in one offseason, the Arizona Wildcats appear to be a rebuilding project. Possibly a multiyear project.

That didn’t stop Jedd Fisch and his staff from taking an all-gas, no-brakes approach to the UA’s first spring practice Tuesday. One coach in particular embraced the aggressiveness for which he is best known: defensive coordinator Don Brown.

Although he is installing a completely new scheme, Brown isn’t easing his players into it.

“Trying to communicate with one another in a new system is not always easy,” Brown said. “We’ve got a lot of concepts up and running right now. We’re probably somewhere in the 30s in terms of the number of calls that we can make.

“Somebody will say, ‘Oh jeez, why are you jammin’ it that fast at them?’ Nobody’s waiting for us. Nobody. They’ve had their systems in place for a while. Nobody’s going to say, ‘Oh, we’ll wait for Arizona to catch up.’ We have to catch up. So that’s the challenge I’ve presented the guys.”

Brown said 30-plus calls is “a lot” at this stage but “not out of the realm.” Although some key pieces were limited to side work, including linebackers Anthony Pandy and Derick Mourning, the defense seemed to handle the load well.

“It was a little tricky,” veteran defensive end Jalen Harris said. “But we could take this day and learn from it. He threw a lot at us, but if we want to be great, we’ve got to take it and be able to do good with it. It was a lot, (but) we’re gonna watch the film and get better.”

“We hit the ground running on offense and defense,” said Brennan Carroll, the Wildcats’ offensive coordinator and offensive line coach. “Going up against Don, he really makes you work. It’s great for our guys, all the different looks we get. I love that our guys are getting to go against his defense.”

During the practice-ending 11-on-11 period Tuesday, Will Plummer connected with Zach Williams on a pass over the middle. Then Plummer hit Williams deep. Then Kevin Doyle found Williams open on a rollout pass in the flat.

Williams is one of eight tight ends on Arizona’s spring roster. If the first practice was any indication, all the talk about Arizona finally utilizing tight ends wasn’t just talk.

Senior Bryce Wolma came to that realization when he first laid eyes on Fisch’s playbook.

“That was my moment of like, ‘OK, this is real. This is actually gonna happen,’ ” Wolma said.

Wolma had 28 receptions as a freshman in 2017. He had half that many over the next three seasons, in which he appeared in 28 of 29 games.

Wolma said he primarily has been playing the “H” position in Fisch’s offense. Stacey Marshall has been working alongside him at the “Y.” Williams, who has toggled between tight end and receiver during his UA career, had an impressive first day. Arizona also added UNLV transfer Alex Lines, who played last season under current UA tight ends coach Jordan Paopao.

The tight end room is fuller than it’s been in years, and the position is an integral part of the offense beyond blocking. Wolma couldn’t be happier about it.

“I had great talks with Coach Paopao and Coach Fisch even before they got here,” Wolma said. “They were telling me everything that they were going to do. And to come in and have it all be true ... it’s a great feeling.”

Jalen Harris wasn’t the only Harris rushing the quarterback Tuesday.

Jalen’s younger brother, Jason, made his UA practice debut after transferring from Colorado in the offseason.

Although the siblings are playing the same position, Jalen said there will be times they’re on the field together. As far as being on the same team, it was something Jalen had hoped would happen when Jason committed out of Gilbert Higley High School. It took about a year, a pandemic and a coaching change for the Harris brothers to be reunited.

“It was a decision he had to make at the end of the day,” Jalen Harris said. “He had to do what’s best for him. But I wanted him to play with me.”

Jalen and Jason were teammates for one year at Mesa Desert Ridge in 2016. Jalen is in his fifth year at the UA. Jason is entering his second year of college and will be classified as a freshman in 2021.

“Coach Fisch and his staff contacted him and said they wanted him,” Jalen Harris said. “He was all in. He wanted to play with his brother.”

The first practice represented a milestone moment for Fisch: It was his first as a full-time college head coach.

Fisch served as UCLA’s interim coach at the end of the 2017 season. He had aspired to reach this level since he was a teenager in New Jersey. He spent 20-plus years as an assistant before getting the UA job.

“It was a lot of fun,” Fisch said. “I woke up early this morning excited about the chance to be out here, excited about being a part of something special.

“I think what we have going here is going to be outstanding. I think Arizona football is going to take this thing to a whole new level. I can’t wait to be a part of this thing and watch our players go.”

Fisch left for work at 5:29 a.m. Tuesday, according to a video posted on the team’s Twitter account to document his first day. Practice ended a little after 7 p.m. After speaking to the media, Fisch spent time reviewing film in his office.

The fourth-year junior authored two more web gems during the Wildcats’ trip to L.A., and he’s willing to sacrifice his body to help the cause.

'It's always McDonald time': Arizona's All-American steps up as Cats advance to Sweet 16

McDonald stepped up on on both ends of the court — scoring and getting two of the biggest steals of her career — as third-seeded Arizona beat 11th-seeded BYU.

A look inside Arizona Stadium for the Wildcats' Pro Day.

Notes and takeaways from the second UofA spring football practice under first-year coach Jedd Fisch and his staff.

Snaps and drops: How Gunner Cruz, other Arizona QBs are adjusting to a new style of offense under Jedd Fisch

The first-year Wildcats coach has brought a pro-style system to Tucson, including snaps from under center and play-action passes.

Silseth strikes out a career-high 11 batters, Preston Price strands three and Vince Vannelle notches his fourth save in the Wildcats’ 5-4 win.

Arizona commit Jonah Coleman hopes to use scholarship to help himself, family

The 247Sports.com recruiting service rates Coleman as the second-best all-purpose running back nationally and the 34th-best prospect in California for '22.

Notes and takeaways from the Cats' fourth spring practice as they begin Week 2 under Jedd Fisch and his staff.

Notes and takeaways from the Cats' fifth practice of spring camp under new coach Jedd Fisch and his staff.

Walk on this way: Chuck Cecil is showing a young Arizona safety what it takes to succeed

The ‘always emotional’ Cecil is mentoring Jaydin Young, who, like Cecil back in the day, is trying to crack the Wildcats’ lineup as a walk-on. 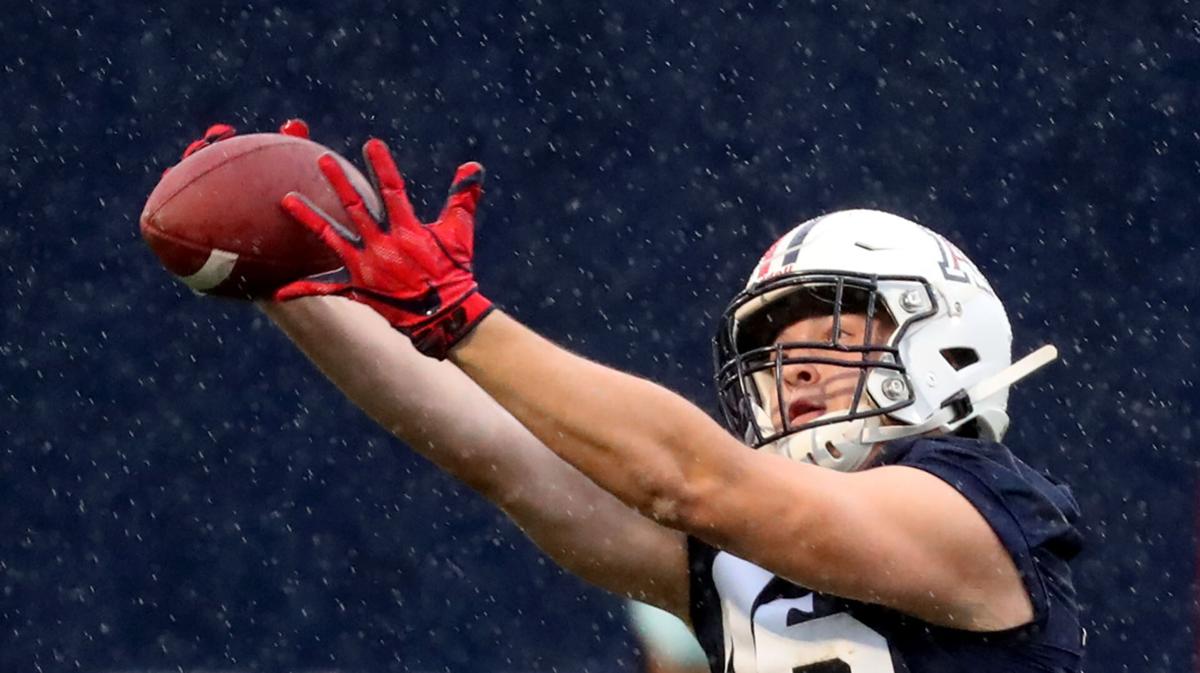 Tight end Jack Koceman reaches out to bring in a catch as the rain falls on the first day of spring practice for the University of Arizona, Tucson, Ariz., March 23, 2021. 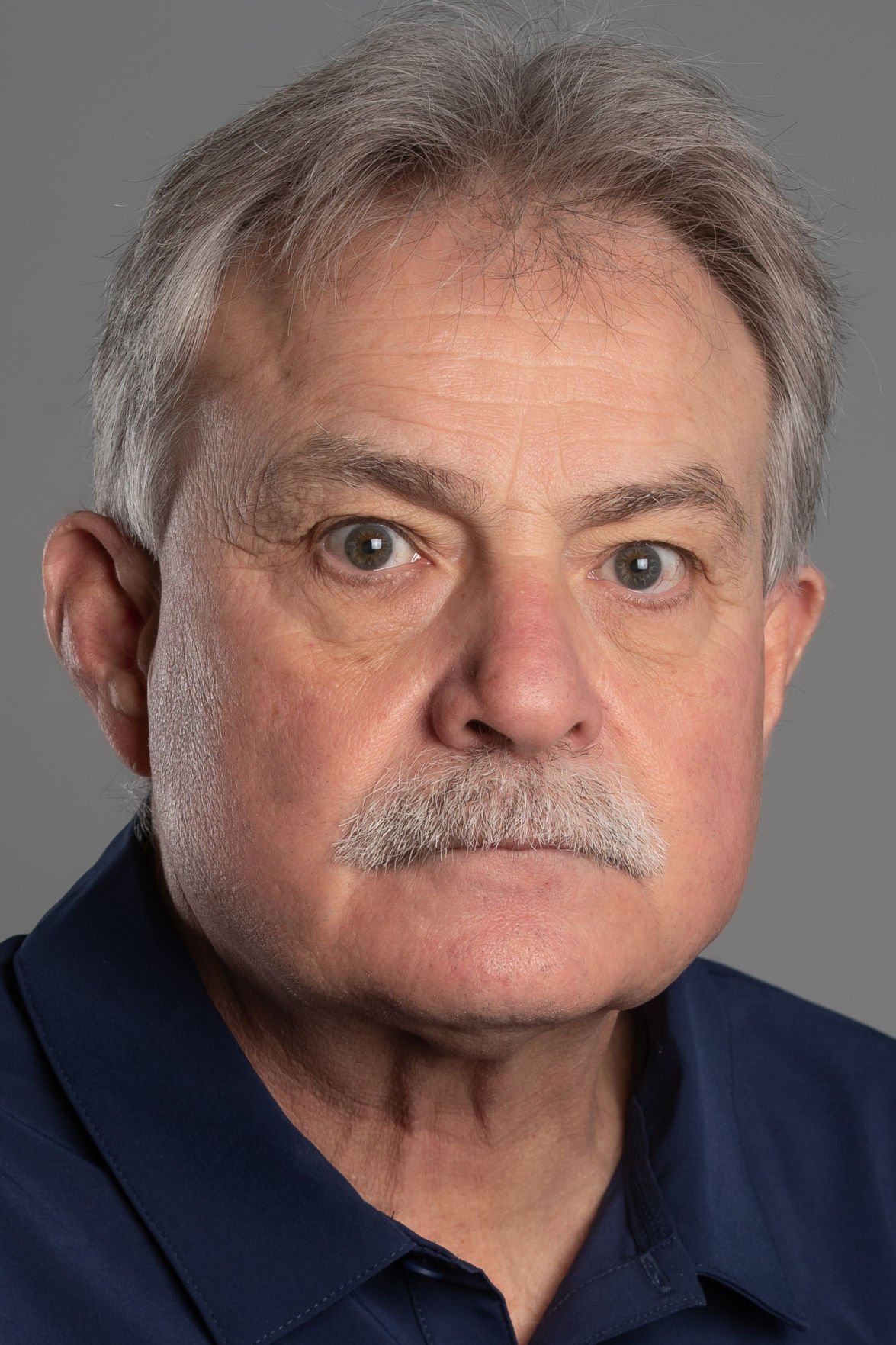