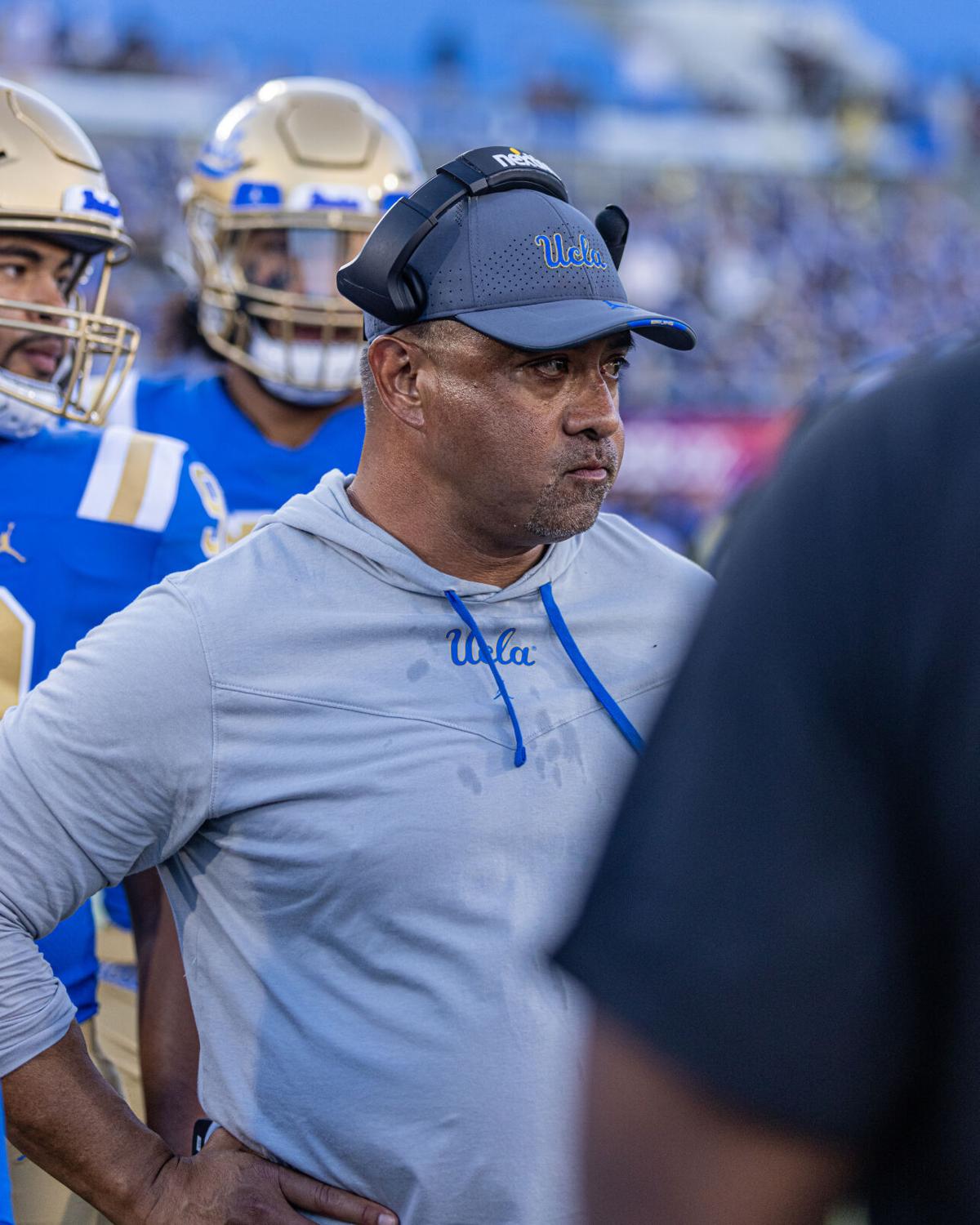 Johnny Nansen, a Pac-12 coaching veteran with experience on staff at USC, Washington and UCLA, is Arizona’s new defensive coordinator. 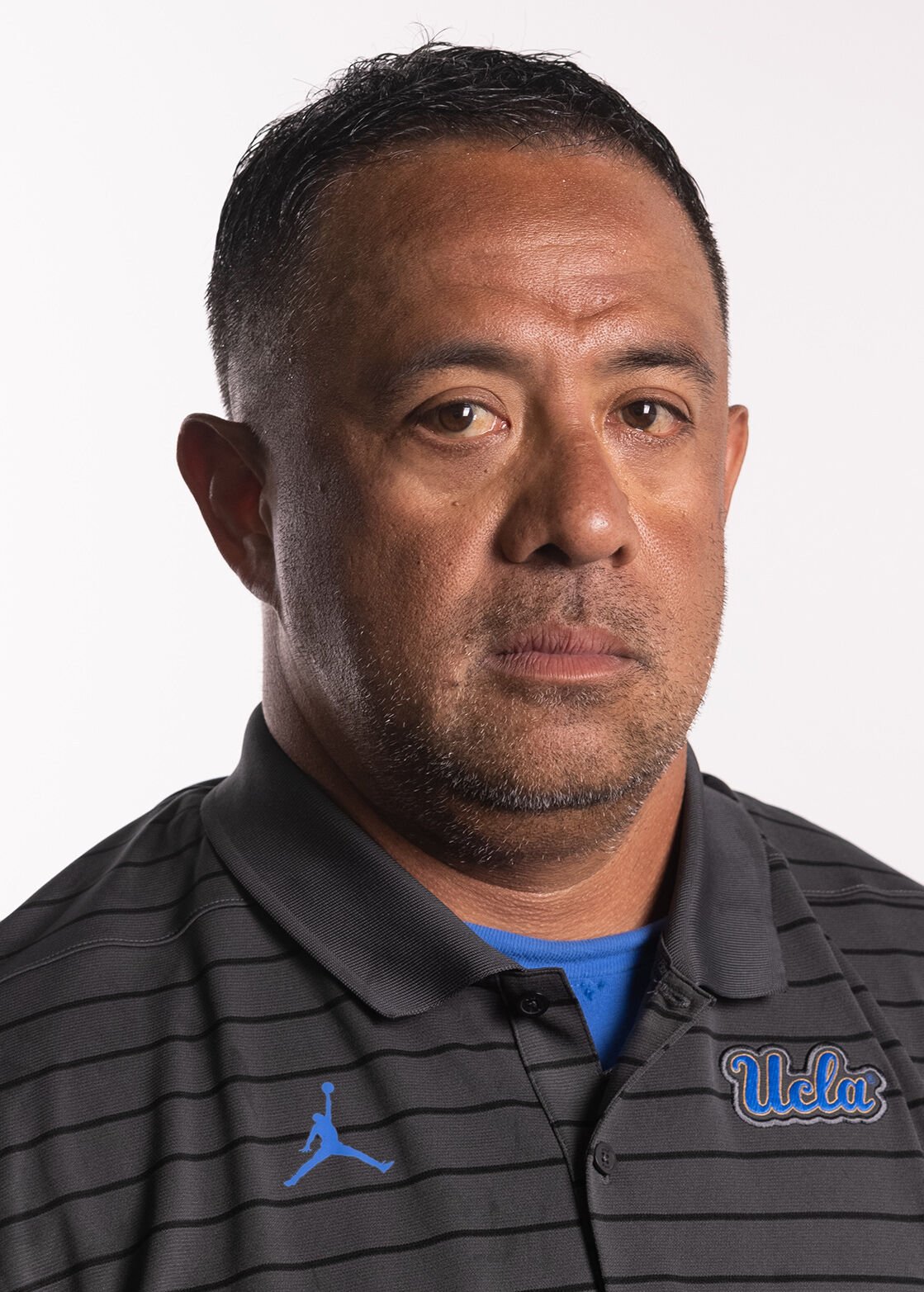 When he outlined the qualifications he was seeking in a defensive coordinator, Arizona coach Jedd Fisch clearly had someone in mind.

Johnny Nansen checks all those boxes.

A renowned recruiter with extensive experience on the West Coast, Nansen was hired as the Wildcats’ defensive leader Wednesday. He will be introduced to the Tucson media at a news conference Friday.

Nansen, 47, has been UCLA’s defensive line coach the past two seasons. He spent the previous six years as an assistant at USC, where he served in multiple capacities, including defensive run-game coordinator and assistant head coach. Nansen also has coached linebackers, special teams and running backs.

12:54 Watch Now: How will Jedd Fisch's first season at Arizona be remembered?

UCLA ranks second in the Pac-12 in run defense, allowing 124.3 yards per game. The 2020 Bruins surrendered a league-low 3.6 yards per rush. They also led the conference in sacks at 3.3 per game.

Nansen was named the 2017 Pac-12 Recruiter of the Year by 247Sports.com while at USC. The Trojans’ 2018 class was ranked first in the conference and fourth nationally.

“He’s an outstanding recruiter,” Fisch told the Star in a phone interview Wednesday. “At this point in time in our program, we gotta nail the personnel side of it.

“The biggest thing for all programs is how you can go get talent and then develop talent. He’s proven year in and year out at three different Pac-12 programs that he’s an elite recruiter and a great developer of talent. The ability to go out there and have those Los Angeles ties that he has, the ties that he has with Hawaii, the ties that he has in the Polynesian community, all of it is a major positive.”

Nansen already was recruiting for Arizona by late Wednesday morning. His contract was agreed upon Tuesday night.

Fisch hasn’t worked with Nansen before, but two of Fisch’s assistants have. Quarterbacks coach Jimmie Dougherty and tight ends coach Jordan Paopao were on staff with Nansen at Washington. Dougherty was at UCLA in 2020.

Fisch considered Nansen for the coordinator job upon becoming UA coach in December of last year. Fisch didn’t know at the time that Don Brown would be let go by Michigan. Fisch hired Brown, whom he had worked with in Ann Arbor. Brown left Arizona after one season to become the head coach at UMass.

Fisch said Brown and Nansen have different personalities but share an important trait.

“I did talk to a couple guys that played for him, and both Coach Paopao and Coach Dougherty were on staff with him. (They) have all spoken about how infectious his energy is.”

Fisch said he’s “still working through” all of the position assignments. It’s likely that Nansen will coach inside or outside linebackers. That could depend on whether Keith Dudzinski, one of Brown’s trusted confidantes, remains on staff or follows Brown to UMass.

Nansen coached at Washington from 2009-13. After playing linebacker at Washington State in the mid-1990s, he began his coaching career as a graduate assistant at Louisville. Nansen made subsequent stops at Montana State, Idaho State and Idaho before joining Steve Sarkisian’s staff at UW in 2009. Nansen followed Sarkisian to USC in 2014 and remained on staff after Sarkisian was let go the following year.

Arizona has had five defensive coordinators since the start of the 2019 season. Chuck Cecil, who served as interim coordinator at the end of the ‘19 campaign, remains on staff as safeties coach.

Another DC for the UA

Johnny Nansen becomes Arizona's seventh defensive coordinator in the last 11 seasons. Here's a look at the men who have occupied that role:

What went down: Stoops was fired midseason and Kish was elevated to interim head coach. He went 3-3 with a win over rival ASU.

And then … Arizona hired Rich Rodriguez days after the ASU game. Kish followed Stoops to Oklahoma, where he served as the Sooners' linebackers coach for seven seasons before retiring.

How he got here: Casteel coached alongside Rich Rodriguez at West Virginia from 2001-07, then rejoined RichRod in Tucson when he was named Arizona’s head coach following the 2011 season.

And then … Casteel spent 2017-19 as Nevada’s defensive coordinator, making an appearance in the Arizona Bowl along the way. In 2020, he returned to West Virginia as a defensive analyst.

How he got here: Rich Rodriguez made a splash when he landed Yates, the architect of a Boise State defense that finished the 2015 season among the nation’s best. Yates, who had also coached at Montana State and Texas A&M before coming to Arizona, was seen as a promising young football mind and an ace recruiter.

What went down: The popular Yates survived a head coaching change, staying on as the Wildcats’ defensive coordinator when Kevin Sumlin — his former boss at Texas A&M — replaced Rodriguez in 2018. Sumlin fired Yates midway through the 2019 season with Arizona ranked 11th in total defense and 12th in points allowed.

And then … Yates moved on to Cal, spending the 2020 season on coach Justin Wilcox’s staff, before being named Oregon’s secondary coach and passing game coordinator in February.

How he got here: One of the most accomplished players in UA football history, Cecil returned to Tucson in 2017 following nearly three decades in the NFL as a player, position coach and defensive coordinator. He was a senior defensive analyst when, in 2019, he was tabbed to replace Yates with four games left in the season.

What went down: The Wildcats lost to Oregon State, Oregon, Utah and ASU to finish the year. They finished 118th nationally in team defense.

And then … Cecil returned to the analyst’s role for 2020, then was named Arizona’s safeties coach when Jedd Fisch replaced Sumlin last December.

How he got here: Sumlin hired Rhoads off the UCLA staff, where he had spent two seasons as the defensive backs coach. Rhoads had coordinator experience at Pitt, Auburn and Arkansas, and had been the head coach at Iowa State from 2009-15.

What went down: The Wildcats went winless during a COVID-19 shortened season, allowing 6.7 yards per play and 473 yards per game behind a unit that lost multiple players to injuries and transfers. Arizona gave up 70 points to rival Arizona State in its regular-season finale, and Sumlin — and Rhodes, and everybody else except for Cecil — were fired.

How he got here: "Dr. Blitz" joined Fisch's staff in January after being fired by Michigan.

What went down: The Wildcats indeed blitzed and pressured more, and finished the regular season ranked sixth in the Pac-12 — and 58th nationally — in total defense. Takeaways continued to be a problem, however: The Wildcats finished dead last nationally with a turnover margin of -1.42 per game.

And then … Brown was named UMass' head coach last week, returning to his native East Coast and a college where he formerly coached.

Revisiting the loss to the Sun Devils, assessing the '21 campaign and looking ahead to next year.

Fisch outlines the qualifications he’s looking for in the UA's next defensive leader; plus, addressing the Wildcats’ penalty problems and other notes.

Mitchell is the third UA player in two days to enter the portal, which has been flooded by additions from across the nation.

Significant roster turnovers is expected at the UA and across college football.

Tucson's Jim Fogltance worked perhaps the most infamous game in college football history — and countless others.

Tommy Lloyd will have to wait to see packed McKale Center

Wildcats' Thursday night game vs. Washington has been postponed because of COVID-19 protocols within the Huskies' program. The Wildcats' next scheduled home game is Dec. 8 vs. Wyoming.

The Tucson Fire Department says it received over 200 calls Thursday about possible gas leaks in neighborhoods across the city.

Berryhill led the Wildcats and ranked second in the Pac-12 with 83 receptions in 2021.

However, Pac-12 commissioner George Kliavkoff can force the Wildcats and Huskies to play instead of calling the game a forfeit.

Johnny Nansen talked Friday about choosing Arizona, his recruiting mindset and what it was like to play against the Wildcats' "Desert Swarm" defense during his playing days at Washington State.

Arizona's Jedd Fisch is 'selling hope' on the recruiting trail, and it's working

The Wildcats have one of the top classes in the conference at this point.

Johnny Nansen, a Pac-12 coaching veteran with experience on staff at USC, Washington and UCLA, is Arizona’s new defensive coordinator. 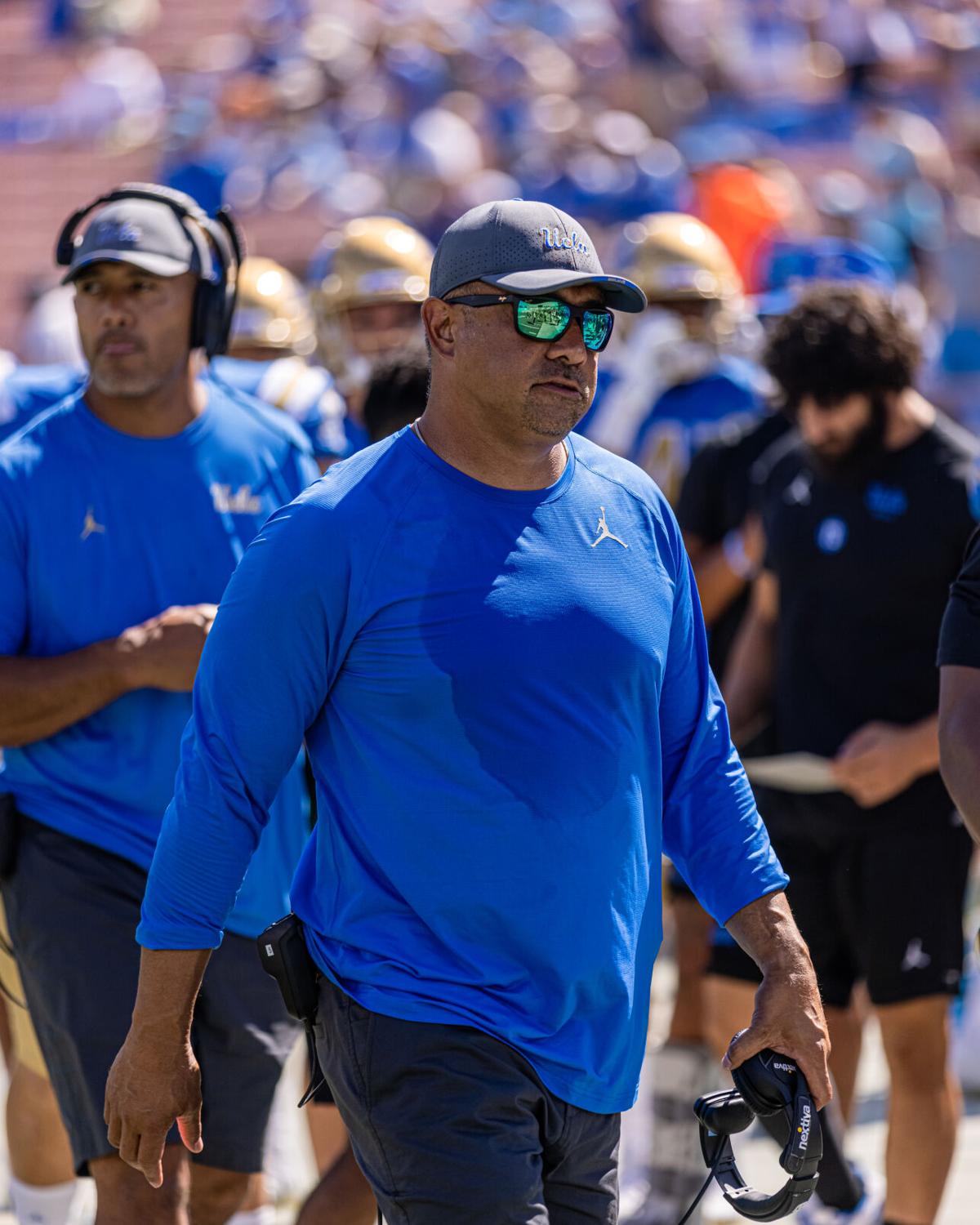 Johnny Nansen played at Washington State and has coached all over the conference, from Washington and USC to UCLA.