The second half of the NFL season is officially in full swing, and Tucson natives and former Arizona Wildcats dot NFL rosters throughout the league.

Here’s a player-by-player rundown of Tucson natives and ex-Cats in the NFL — and which team they’re playing next:

The rundown: Martinez is in his second year of his three-year, $30.7 million contract in New York, but the Giants’ defensive captain is out for the season with a torn ACL suffered in September. Martinez will make a base salary of $8.4 million in 2022.

Tucson connection: Wallace is a graduate of Tucson High.

The rundown: Wallace, an Alabama product, has emerged as the Bills’ complementary cornerback opposite of Pro Bowler Tre’Davious White. Over nine, Wallace has 33 tackles and two interceptions.

Tucson connection: Brightwell is a former UA running back.

The rundown: Brightwell, a sixth-round pick in the 2021 draft, has one carry for four yards in two games.

Tucson connection: Cruikshank is a former member of the Wildcats’ secondary.

The rundown: The special teams contributor suffered a knee injury last week and is expected to miss the next two games. Cruikshank has 32 tackles and a pass deflection this season.

The rundown: Following an offseason that included setting a world record for catching a football dropped over 600 feet from a helicopter at Arizona Stadium, Gronkowski returned to Tampa Bay as the Bucs look to defend their Super Bowl. “Gronk” suffered a rib injury Week 3 against the Rams. “I’ve never been shot but that’s how I felt,” told reporters. Gronkowski has 16 catches for 184 yards and four touchdowns this season. He’s returning to Tampa Bay’s lineup this week.

Tucson connection: Taylor is a former UA running back.

The rundown: In five games this season, Taylor has 37 yards on 19 carries. His season-high was a 21-yard, two-touchdown performance against the New York Jets.

The rundown: The Super Bowl MVP is Chicago’s third-string quarterback behind the rookie Justin Fields and the veteran Andy Dalton. Foles has one more season on his three-year, $24 million contract with the Bears.

The rundown: Lopez, a rookie backup to defensive tackle behind DeMarcus Walker, has 14 tackles. He recorded his first sack the Texans’ Nov. 7 game against the Miami Dolphins.

The rundown: The linebacker-safety hybrid has eight tackles as the backup “Sam” linebacker behind Azeez Al-Shaair.

The rundown: Burns was waived by the Cardinals as an undrafted free agent and has signed with the Jaguars’ practice squad.

The rundown: The former BYU star signed with the Raiders as an undrafted free agent. Bushman was activated to the Raiders’ active roster in October.

The rundown: Johnson was waived by the Detroit Lions and Seattle Seahawks, but signed with the Raiders earlier this week. Johnson is listed at 6 feet 4 inches and 324 pounds.

The rundown: Whittaker is with the Cardinals’ practice squad and played in one game this season against San Francisco, recording three tackles.

The rundown: The ex-Idaho Vandal shined in the preseason, but has spent the entire season with the Jaguars’ practice squad.

Week before rivalry game has been weak spot for Wildcats; can they avoid that trap in Pullman?

Arizona has lost the past five games preceding the Territorial Cup; in some cases, the Cats’ minds seemed to be elsewhere.

Cats Stats: Arizona needs to get better — and luckier — to reverse its turnover margin

The Wildcats are last in the nation with a minus-14 turnover margin; poor QB play is one cause, bad luck is another.

Inside job: How defensive tackle Kyon Barrs has emerged as Arizona’s leader in sacks

The third-year sophomore is the Wildcats’ highest-graded defensive player; the UA visits Washington State on Friday.

The Cats remain last in the nation in red-zone touchdown rate, and failures inside the 20-yard line cost them against Utah.

Roadrunners shut out in Iowa in first of two-game set

By the numbers: How the Arizona Wildcats were routed by Washington State in foggy Pullman

These numbers explain the Arizona Wildcats' latest defeat to Washington State in Pullman.

Notes, quotes and stats from the Arizona Wildcats’ 44-18 loss to Washington State

The Cats' setback against the Cougars revisited: Third-and-longs, familiar issues, death by draw play and more. 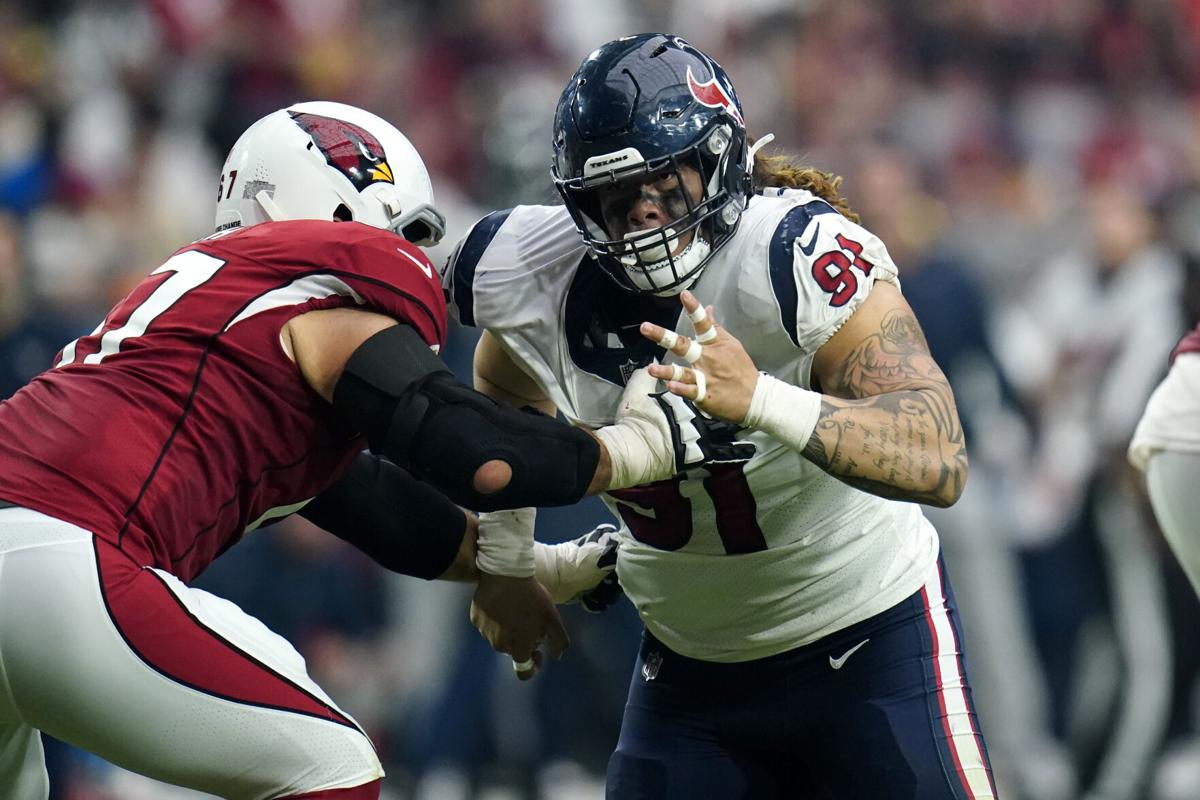 Texans defensive tackle Roy Lopez battles the Cardinals during their Oct. 24 game. The former Arizona Wildcat and son of former Sunnyside High School football coach Roy Lopez has carved out a role on the Houston defense as a rookie. 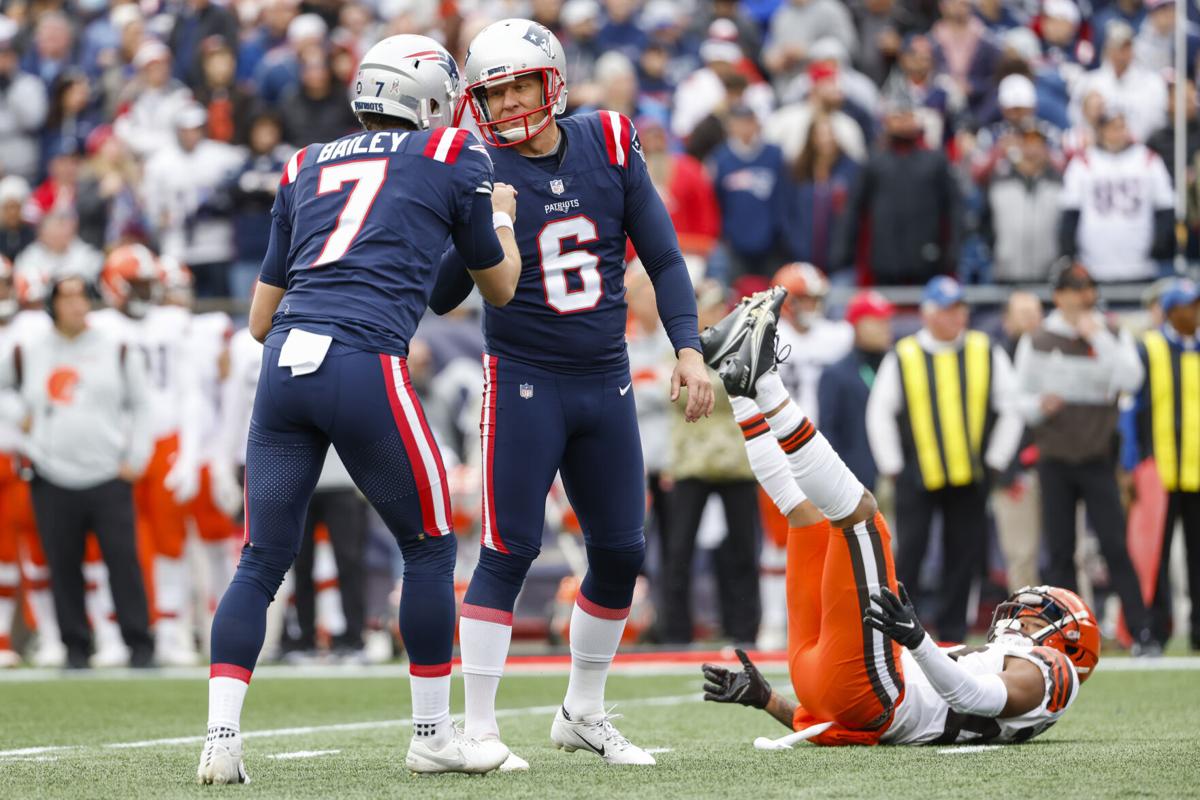 Patriots kicker Nick Folk, right, is still going strong after more than a decade in the NFL. Last week, Folk played in his 190th NFL game, the most of any former Wildcat in the league.