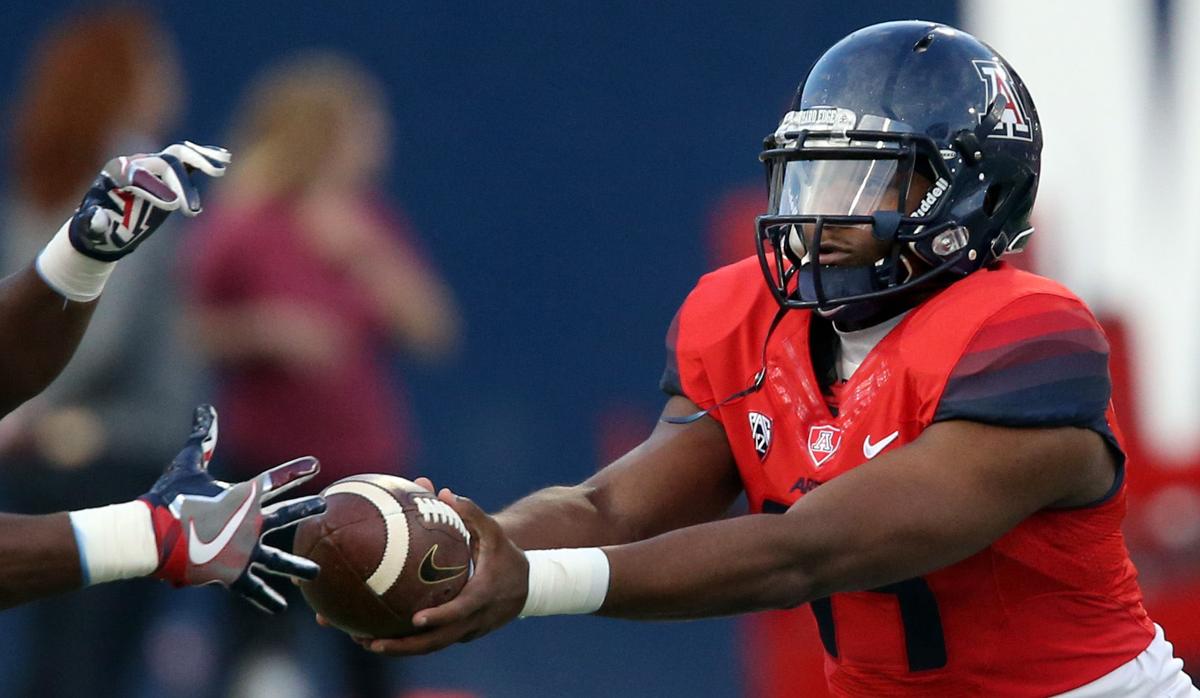 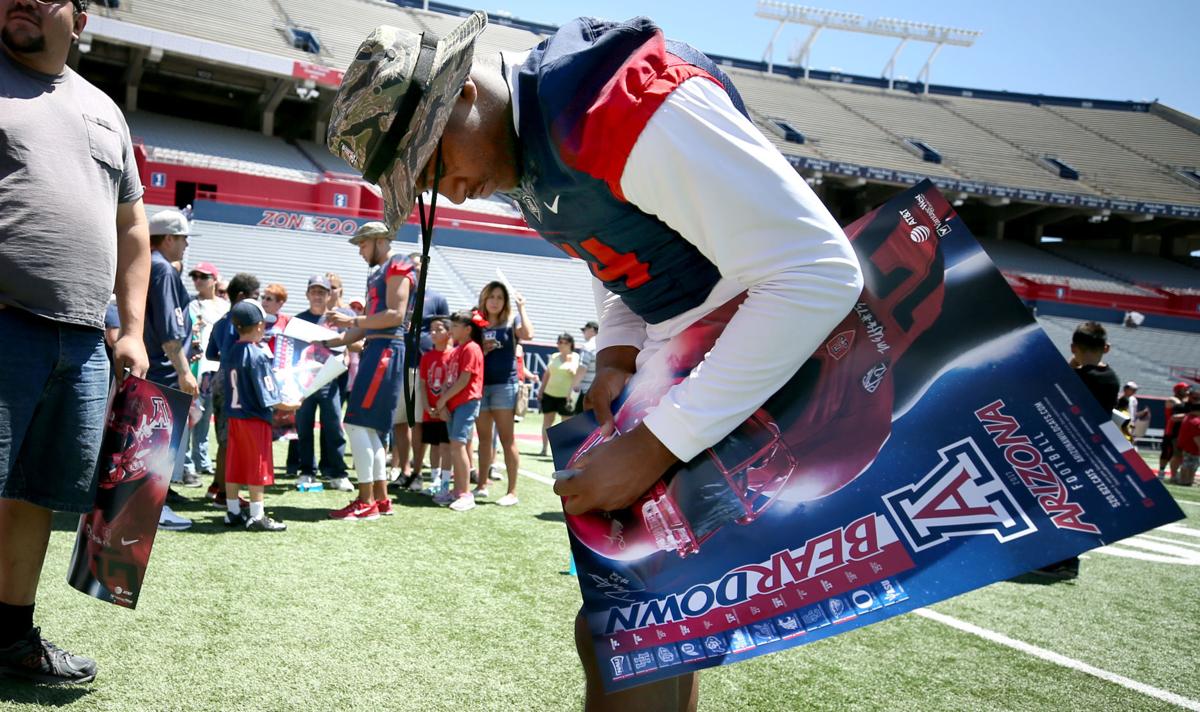 Arizona Wildcats coach Rich Rodriguez has said many times that operating his offense is more like playing checkers than chess. But just because it isn’t overly complicated doesn’t mean it’s easy to master.

“It’s a developmental process that they go through,” quarterbacks coach Rod Smith said Wednesday. “That’s where you’re at when you first start out in this system because there’s so many options, so many different things that can happen. The quarterback has a lot on his plate.”

It has taken Brandon Dawkins the better part of four years to reach his current status: returning starter and favorite to keep the job. It has taken Khalil Tate about a year and a half to become the probable No. 2 with a still-untapped upside.

Those two seem to have separated themselves from their freshman competitors as Arizona approaches the end of its third and final week of training camp. How big the gap is between the two returning veterans isn’t entirely clear. Rodriguez hasn’t named a starter and isn’t expected to until the Sept. 2 opener against Northern Arizona.

Regardless of whether he overtakes Dawkins, Tate has made significant progress since enrolling as a 17-year-old in January 2016.

“He’s getting more and more familiar with us,” Smith said. “He looks comfortable in the pocket. That’s a huge plus. He’s still piecing it together, still figuring it out. But he’s further along now than what he was last spring and even the summer.”

After an uneven freshman year – Tate was forced to play because of injuries, performed well in relief, then struggled as a starter and sub – he capped off spring practice with a bang. Tate was the undisputed star of the Wildcats’ final spring scrimmage, signaling that he was ready to challenge Dawkins for the starting job.

Whether Tate is ready to play consistent, high-level football in the Pac-12 remains to be seen. His physical gifts aren’t up for debate; he has a strong arm, a sturdy frame (6-2, 215) and can run around or over tacklers.

“We’ve got to catch his mind up to his physical abilities,” Smith said. “When he does that, he’s going to be a very good football player.”

Smith wants Tate – and all the quarterbacks, including Dawkins – to play within the structure of Rodriguez’s system. That means going through route progressions and hanging in the pocket long enough for plays to develop before freelancing.

Tate believes those are the areas where he has made the most improvement.

“Taking what the defense gives me,” he said. “Going over my reads and making the right decisions. Getting the ball in my playmakers’ hands.”

Players on both sides of the ball have noticed. Safety Isaiah Hayes said Tate looks more comfortable in Year 2 and is playing more freely as a result. Receiver Shawn Poindexter said Tate is “really stepping it up. He’s really maturing. He’s definitely going to be a weapon for us this year and years to come.”

It’s uncertain when Tate will get that chance. Dawkins got most of the first-team reps during the camp practice open for media observation. Tate got to run the first unit earlier this week and played well, according to a program source.

“He’s certainly more advanced than he was a year ago, which he should be – 17-year-old freshman and expecting to be redshirted,” Rodriguez said. “Now he’s competing for the job and for significant playing time.”

Arizona ended up using five players at quarterback last season because of injuries and ineffectiveness. Given Dawkins’ aggressive running style, it’s more likely than not that Tate will take important snaps this season.

Is he prepared for that responsibility, if called upon?

“Yes, I am,” Tate said. “I’ve always had this confidence. It may have taken a couple months, but right now I think I’m ready.”

Highlights from the UA's media availability after training-camp practice No. 16 Thursday morning.

Quick hits from the UA's Saturday-morning scrimmage to wrap up training camp.