Describing himself as “realistic and optimistic,” Arizona Wildcats athletic director Dave Heeke on Thursday expressed confidence that the 2020 college football system will happen in some fashion at some point.

To that end, Heeke and his department have formed a multifaceted “Re-Entry Planning Team” that is “evaluating and planning for the safe and healthy return of students, staff and visitors to our campus.”

As badly as he wants that to happen — and as desperately as Arizona and 100-plus other programs need the revenue only football can provide — Heeke acknowledged that the ultimate decision is out of his hands. The athletic department is working in concert with the university, the Pac-12 Conference, the NCAA, governmental agencies and health and science experts to determine the best way to restart amid the coronavirus pandemic.

“It’s not an ad hoc group that can do whatever it wants,” Heeke said.

Rather, the planning team — consisting of seven subgroups of up to 10 people apiece from throughout the athletic department — is doing what it can right now to prepare for whatever is to come.

“We’re focused on what we can control, and that’s planning towards a re-entry of our staff and our student-athletes,” Heeke said during a video news conference with Tucson media. “Our full intention is to have competition in the fall for football. So we are taking those steps to bring our players back, to be ready for when that happens, and then be able to train and be prepared for a college football season.

“None of us know what the college football season will entail at this point. There are numerous hypotheticals and ideas out there. We’re focused on trying to preserve a complete season of football, or as many games as possible. That’s critical to the overall economic health of not only the University of Arizona, but all of college athletics at the Power 5 (conference) level.”

The issues the Re-Entry Planning Team will confront include student and staff reintegration, facilities, timelines and safety protocols. Heeke said testing for the virus and tracking the activities of student-athletes and staffers would be a “huge part” of the process.

UA president Robert C. Robbins recently announced that the university is planning to resume in-person classes for the fall semester, which begins Aug. 24. The school will implement a “test, trace and treat” program for students, faculty and health-care workers.

Heeke said Thursday that the UA would have a “hybrid model” featuring a combination of on-campus and online learning. He added that athletics “offers an opportunity to bring smaller pockets in” that could more easily be controlled and could help the university at large learn how to reintroduce the entire student population.

The UA athletic department’s proactive stance mirrors that of the Pac-12 Conference, whose athletic directors and coaches have discussed multiple football scheduling models during virtual meetings over the past two months. The possibilities include a delayed start, a modified schedule of some sort and a conference-only campaign.

“We all want to play as much as we can play,” UA coach Kevin Sumlin said later Thursday during a Pac-12 webinar for coaches and media.

Two possible outcomes haven’t been discussed much, if at all, according to Heeke. One is playing without the full participation of the conference. Arizona and California, to take just two examples, seem to be on different trajectories when it comes to reopening their economies.

“People have thrown that one out there as something that could happen,” Heeke said. “I’ve not heard a ‘no college football season’ scenario. It’s very important to the overall economic health of college athletics. When that takes place, and what level of season we have, is still unknown.

“Without college football, it would be devastating to the overall college-athletics enterprise.”

Sumlin and his staff continue to coach the players as best they can. On-campus workouts remain prohibited, although the school views June 1 as a mile marker to assess “how we could bring people back potentially,” Heeke said.

Usually, summer conditioning would begin in June, with training camp commencing in late July. Arizona is scheduled to open the season Aug. 29 vs. Hawaii.

“It’s our job to prepare our guys to prepare to play football,” Sumlin said. “And then be reactionary that that plan might change and go from A to B in a couple of minutes or a day.”

Sumlin reiterated what coaches have said all week during the league webinars: That the health and safety of the student-athletes is “our first and foremost concern.”

Said Heeke: “They want to come back. They want to compete and train and do what they love. We’re going to work together to provide the safest environment at the right time.”

Heeke touched on several other topics, including:

Sumlin said it wasn’t a hard decision to make.

“This is a unique time,” he said. “All you have to do is turn on the news at night, read the papers, get on the internet. You see the struggles of people across the country.

“From that standpoint, and from a standpoint of, ‘Hey, what can you do to help the situation and your university?’ … no, it doesn’t become difficult at all.”

Arizona quarterback Rhett Rodriguez will give keynote speech during Thursday's student-athlete convocation. Don't expect it to be all about him.

From one extreme to the other, how the pandemic is impacting 3 Pac-12 football programs

Although every program has the same rules and restrictions, the challenges aren’t the same for Colorado’s Karl Dorrell, Utah’s Kyle Whittingham and Washington’s Jimmy Lake.

Stanford’s David Shaw, USC’s Clay Helton and Washington State’s Nick Rolovich discuss the scenarios being considered for this fall amid myriad unknowns brought on by the coronavirus pandemic.

The University of Arizona's livestreamed commencement ceremony will begin at 6 p.m. The pre-show starts at 5: 30 p.m.

The transfer from Salpointe Catholic is rated as a four-star prospect and the sixth-best player in Arizona for 2021.

Delayed, modified, canceled: The latest on Tucson’s Little Leagues amid the coronavirus pandemic

The majority of Tucson’s leagues have canceled their spring/summer seasons, although some remain hopeful of playing ball.

The Pac-12 had been one of the last leagues without a postseason event; it will continue to play 30 regular-season conference games.

With the season up in the air because of the coronavirus pandemic, the FBS conferences and TV networks issue a joint statement that the early-season schedule release will be delayed.

The UA is planning to bring student-athletes back to campus - which mostly has been closed because of the coronavirus pandemic - in phases starting in mid-June. 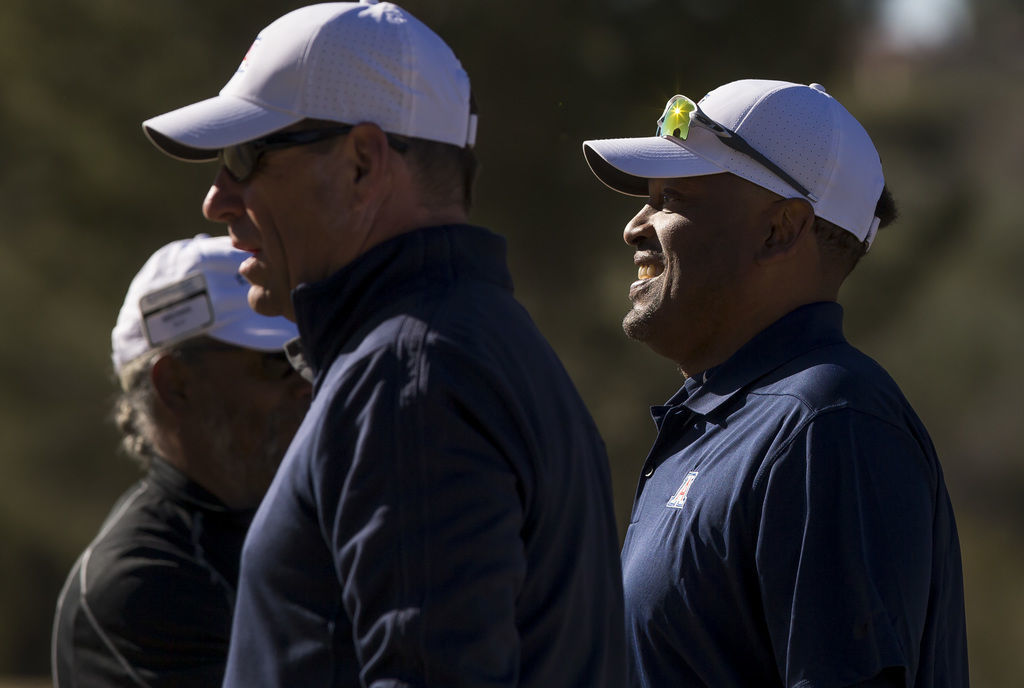 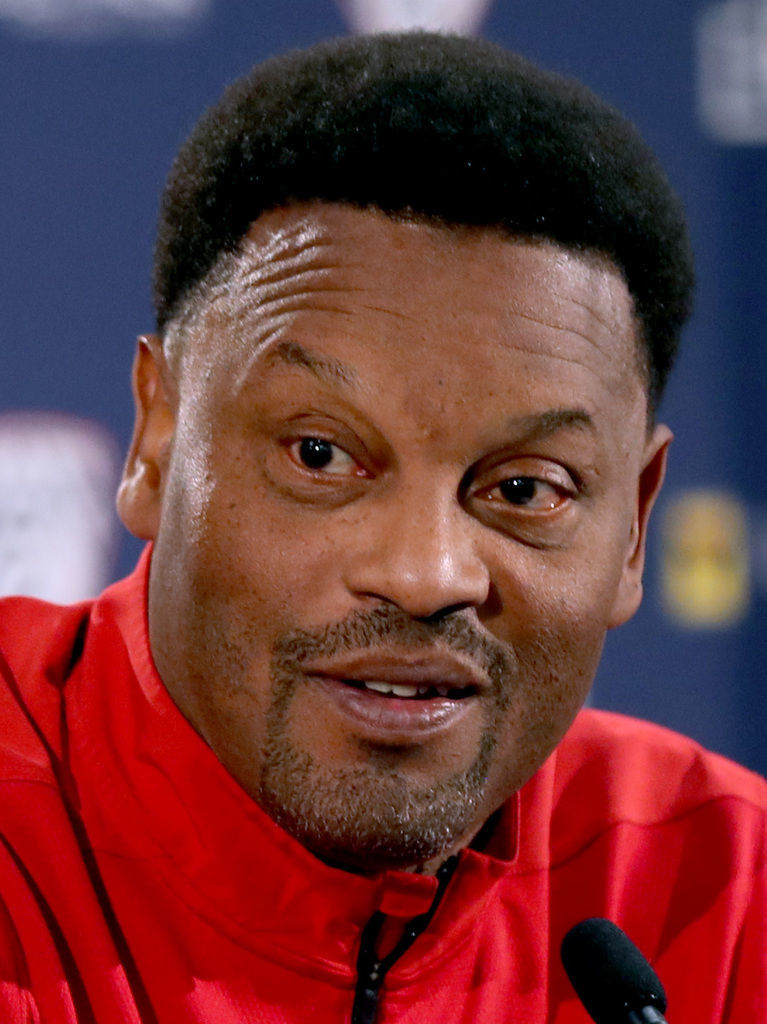