It was just a passing reference, two words spoken during a half-hour video news conference during which more than 3,000 were uttered. But man, were those two words jarring.

UA coach Kevin Sumlin, speaking to reporters Tuesday, noted that the Wildcats’ season was supposed to start next week. The Wildcats were supposed to face Hawaii at Arizona Stadium on Aug. 29.

That game, as we all know, was canceled because of the coronavirus pandemic. So was the entirety of the Pac-12 season, even after the schedule was remade.

Instead of fine-tuning the’ game plan for the Rainbow Warriors, Sumlin and his staff have been formulating a plan for the rest of this football-less fall.

“So many times, athletes, coaches, trainers, (they) train for that particular season,” Sumlin said. “So everything’s put into a timeline: Here’s when we start, here’s what we’re looking for this season.

“But as a competitor, what we’ve talked about (is), this is completely different. You have to continue to train, not necessarily prepare for a certain opponent but prepare for the next opportunity that you’re going to get, (even though) you don’t know when that happens.

“Is that difficult? Yes. But that’s what they pay us to do as coaches.”

Sumlin and his staff are trying to build a team culture despite not knowing when that team will play its next game or what the roster will look like. The Wildcats had just begun what Sumlin described as “an NFL-style OTA model” of practice — 20 hours a week consisting of workouts, meetings and walk-throughs — when the Pac-12 decided to postpone the fall season on Aug. 11.

That program continues indefinitely while the Pac-12 and the other leagues that opted to shut down, including the Big Ten, begin to formulate plans for a spring alternative. Sumlin isn’t ready to go there yet, because so much remains uncertain. It was the idea of a spring season that prompted his reference to “next week.”

“Our preparation is going to be to get us better through this process,” Sumlin said. “It’s hard to say, to make that kind of plan right now, based on what we’ve seen over the last couple months.

“What we would like was to play football and play next week. But that didn’t happen. When you ask a coach what you’d like to see, that’s fine. But what can really happen is going to be a different scenario.

“Do the kids want to play? The majority of them do. I really believe that, particularly if they know it’s about a safe an environment as it could be.”

The news, as UA athletic director Dave Heeke noted last week, already had leaked by the time the fall sports teams officially were informed. That didn’t make Sumlin’s address to his squad any easier. The normally nonchalant coach had to compose himself first.

“We’re all human,” Sumlin said. “It affected me. I knew a little bit before the announcement happened. Some people saw me and knew something was up because I wasn’t myself that day.”

Sumlin’s job sometimes forces him to deliver news that his players and fellow coaches don’t want to hear. Such was the case the previous Tuesday. Sumlin didn’t have many concrete answers for the group either.

“It wasn’t a great situation for anybody,” Sumlin said. “But as I said (to the players), it’s ‘Now what?’ Once that decision is made, now what? What we’ve worked on and what we’re working on constantly is the plan for ‘Now what?’ — what’s that going to look like?”

As Sumlin said Tuesday, it isn’t as simple as “just moving on.” It’s critical that the Wildcats be ready for the next season, no matter when it starts or what it looks like. As such, they have shifted the emphasis to self-improvement.

“You’re not preparing for a specific opponent yet,” Sumlin said. “What you’re preparing is yourself.”

Sumlin acknowledged that the situation isn’t the same for everyone. Newcomers are happy to be here and to have started their college careers, even if the current reality doesn’t match what they envisioned. Some upperclassmen are contemplating what might be next – and it might not be playing football in a UA uniform.

“Let’s be honest,” Sumlin said. “Players are gonna make decisions about this year.”

The timing and structure of a “spring” season could influence those decisions. In a radio interview Monday, Stanford coach David Shaw called for “winter football” taking place in January, February and March. That schedule would give NFL hopefuls adequate time to prepare for the draft and returning players more time to rest for the following season.

Most important, Sumlin said, is figuring out the eligibility ramifications for participants.

Nothing illustrates the strangeness of the current situation for Sumlin better than this: One of his sons, Jackson, is a walk-on tight end/H-back at Oklahoma, where his father once coached. The Sooners play in the Big 12, one of three Power Five conferences that are forging ahead with the fall season.

Kevin Sumlin last week participated in a Zoom call with Lincoln Riley and OU medical personnel – as a parent.

“I have a son who’s right in the thick of it in a league that’s trying to ramp up to play,” Sumlin said. “It gives me another perspective, sure, but I think it also gives our own players another perspective of where I am — not just as a coach but as a dad.”

Salpointe still plans to play football this fall, although that remains far from certain. Sumlin is hopeful his sons will have an opportunity to play. But he’s skeptical that the Pac-12’s rivals will make it to the starting blocks, let alone the finish line. Several universities already have shifted to online instruction amid outbreaks of the virus.

“Today, people are saying they’re gonna play,” Sumlin said. “Just like we came out with a schedule, and a week later we were done. Let’s wait a couple of weeks and see what happens.”

Every Wildcat is affected differently by the stoppage; every mom and dad worries about the dangers the coronavirus pandemic poses.

The UA athletic director echoed a shift in thinking in the Pac-12 now that fall sports are off the table; but is a spring, or spring-adjacent, season a viable alternative?

The Star's Justin Spears, Michael Lev and Alec White discuss the Pac-12's decision to suspend all sports competition until 2021, which include…

How ex-Wildcats fared in NBA Playoffs on Tuesday

Across Pima County, 20,047 cases of coronavirus have now been confirmed, up 71 cases from the day before.

The Schooler brothers have entered the NCAA transfer portal and hope to latch on at schools that are still planning to play this fall.

Four Wildcats have Game 2s on Thursday after a scoreless day Wednesday by former UA players.

El Tour de Tucson was scheduled for November, but due to the COVID-19 pandemic, the event will be moved to the spring.

A position-by-position look at the UofA offense as the roster continues to evolve after the Pac-12 postponed the fall season.

Brenden Schooler transferred to the UofA to play with brother Colin Schooler, but the siblings elected to leave when the Pac-12 postponed the fall football season.

'This is a critical moment in our nation’s history,' the Wildcats coach says, "and we all have a voice. I encourage everyone to use that voice at the ballot box.' 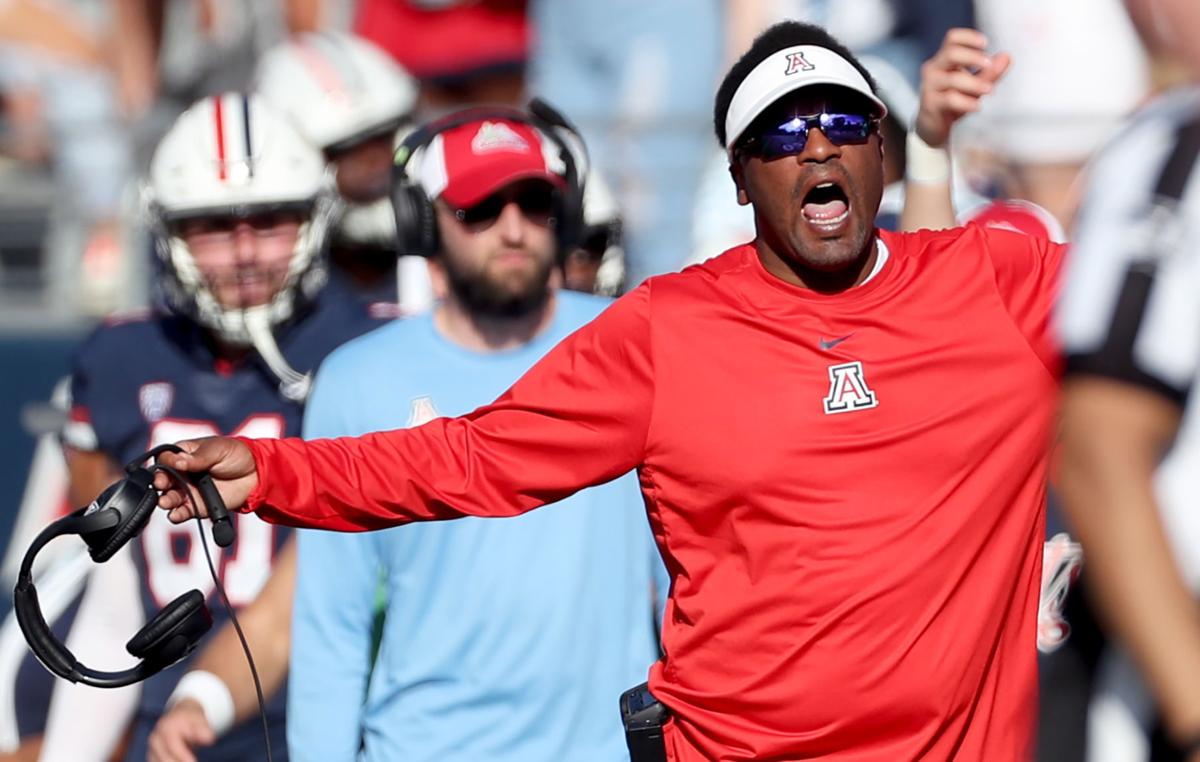 Arizona coach Kevin Sumlin will try to keep his team focused, even though there are no games scheduled through the end of 2020. “You have to train, not necessarily prepare for a certain opponent,” he said. “Is that difficult? Yes. But that’s what they pay us to do as coaches.” 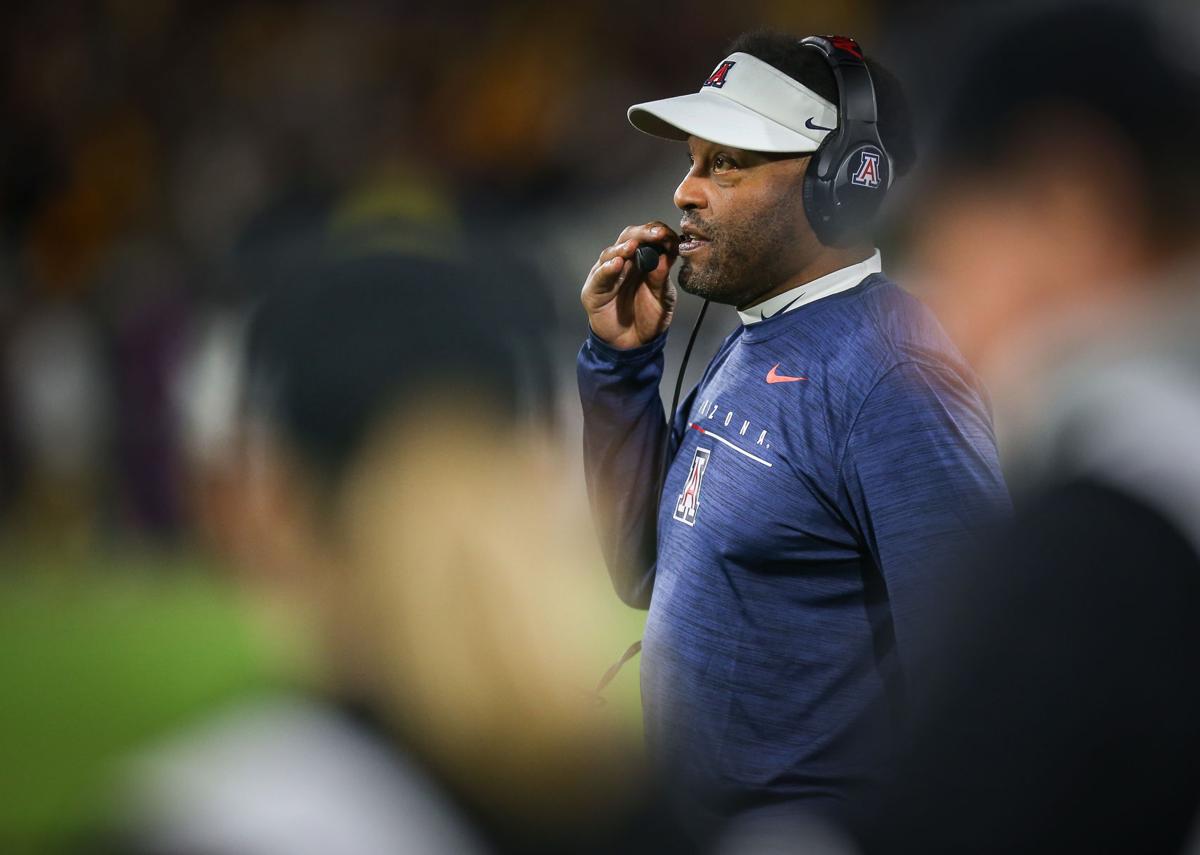 In coach Kevin Sumlin’s second season at UA, the Wildcats went 4-8 and averaged 26 points per game. 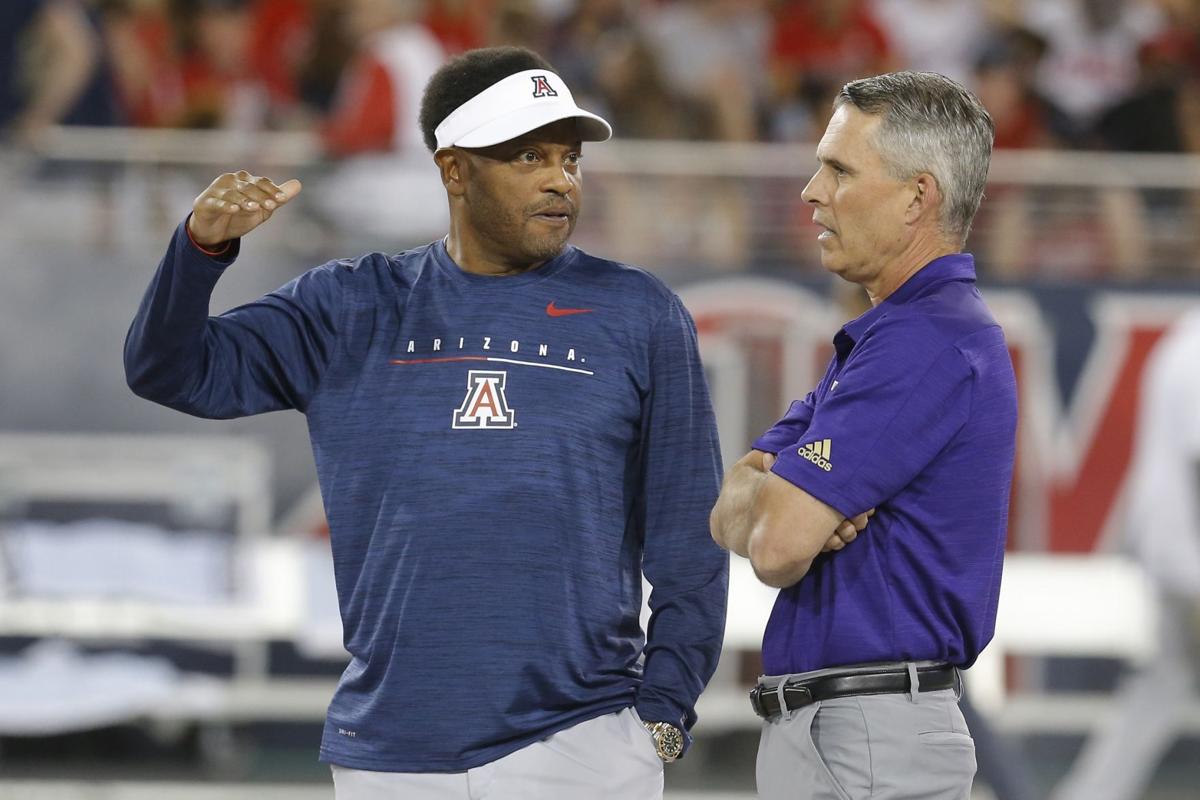