Is it possible to root for both Arizona and Arizona State in the Territorial Cup?

Yates, 33, suited up for five Territorial Cup games (2006-10) during his time as an Arizona Wildcat, and still vividly remembers the thrilling wins in ‘08 and ‘09. After playing at the UA, Yates pursued a career working in college athletics.

In 2017, the Tucson native and Palo Verde High School graduate was hired by … ASU.

Yates, a 2010 nominee for the Rudy Award — given annually to the nation’s top walk-on — talked to the Star his allegiances in Saturday's Duel in the Desert.

How did working at Arizona State change your perspective on the UA-ASU rivalry?

A: “Being at ASU gave me a grander perspective of it. Previously, I had just seen the rivalry through the lens of Tucson being a local kid. Being at ASU, I was able to get more of the backstory of the rivalry, which was actually really enlightening.”

How do ASU fans view this game, and what do they think about the Wildcats?

A: “The rivalry from ASU to U of A is that U of A is your annoying coworker everyone wants fired. ASU despises Arizona deeply. It was interesting to see it from that end. Also the same things that I heard when I was at U of A like ‘We can lose all our other games, as long as we beat our rivals, that’s all that matters.’

“We all know that sounds good on paper. But when you’re building a program, it doesn’t work that way. But from the fan lore, that’s the only game that matters, to both fans.”

What do you remember most about the Territorial Cup games you were a part of?

A: “There were five of them, but I really only say four because I learned from a co-worker at ASU that if you lose during your redshirt year, you don’t count that as part of your record. So really, I was 2-2 against ASU.

For me, I always loved playing at your rival’s house, so in Tempe. There’s nothing better in my opinion … than beating your rival in their house. It’s the notion of, ‘I beat you in front of your parents and your parents’ parents.”

So where do your loyalties lie this week?

A: “I am a Tucson native, man, so I will always rep the 520. But after being at both U of A and ASU, I tell people now I have dual citizenship. I’ve got love for both sides.

“During my time at ASU, there were some great people in that athletic department who were influential to my growth as a professional. I’m really a big proponent in life, but specifically in athletics, of being a champion for the student-athletes. And I feel like that gets missed sometimes when we’re in the midst of a rivalry.

Does that mean you’re rooting for both teams this week?

“But I will say this: Because I claim Arizona and I love it there, I am a fan of upsets. I was actually talking with a bunch of friends about Arizona’s season this year and how their players are battling and fighting every week. So I would like to see the Cats pull it off and shock the world. I know so many Sun Devils that would be irate if Arizona picked up their second win over them, which I think is highly possible.”

Week before rivalry game has been weak spot for Wildcats; can they avoid that trap in Pullman?

Arizona has lost the past five games preceding the Territorial Cup; in some cases, the Cats’ minds seemed to be elsewhere.

Cats Stats: Arizona needs to get better — and luckier — to reverse its turnover margin

The Wildcats are last in the nation with a minus-14 turnover margin; poor QB play is one cause, bad luck is another.

13 candidates for the Arizona Wildcats DC job, from big names to in-house options

Who will be the Wildcats' next defensive coordinator? These names could be good fits. 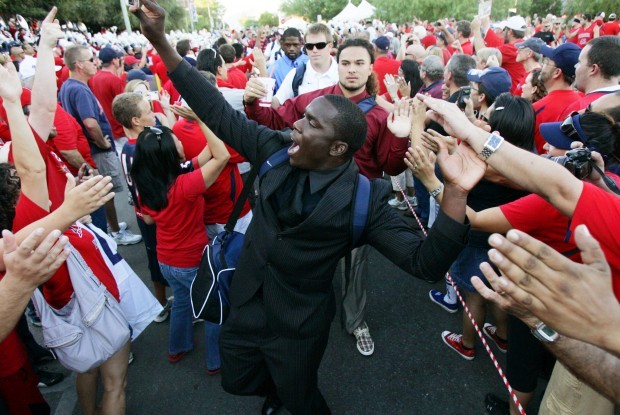 Victor Yates was a popular figure as a reserve member of the defensive secondary while at Arizona. 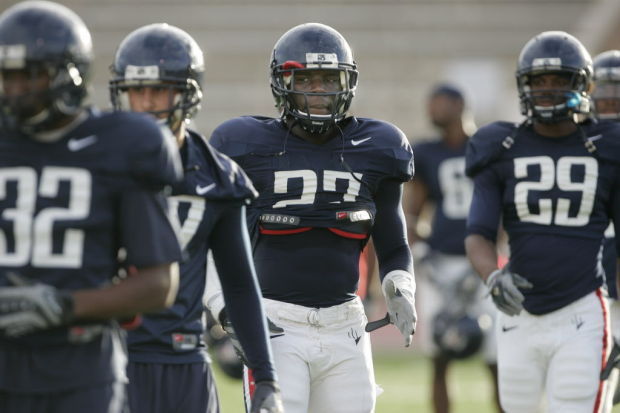