Each time, she’s been mobbed by her teammates at home plate. But the real celebration begins in the dugout. When she arrives, one of the managers tosses her a golf ball with a small green dollar sign on it. With her teammates cheering her on, she drops it in the offensive bucket, a reminder of what she’s done for her team.

The key part is, it doesn’t have to be a home run.

The No. 12 Wildcats (17-5) earn golf balls whenever they make a game-changing, momentum-shifting, awe-inspiring play. There are also green golf balls for when a player does their job, like getting a bunt down or catching a fly ball. The players want to avoid red golf balls, which signal an error, a three-pitch strikeout or some other disappointing outcome.

By the end of each game, the offensive and defensive buckets serve as catalogs, providing an instant critique of how the game went while also leaving a visual imprint in the players’ minds.

“You can see why we lost, because there are too many red balls or too few money balls,” Harper said. “It’s awesome when things are going well for us, because then (the managers) get excited and throw the balls up, going, ‘Hey, yay!’”

It’s a new system for coach Mike Candrea, who enters this weekend’s three-game series against No. 1 Florida State tied atop the NCAA’s all-time wins list — with current Michigan coach Carol Hutchins — with 1,580 wins in 34 seasons at Arizona.

The old cat has learned new tricks with each generation of players.

He got this one looking for a unique way to deliver immediate and lasting critiques, while also being surrounded by too many golf balls in his office.

“We’ve done the same thing with charts before, but this is kind of a visual group,” Candrea said. “You have to constantly adapt to the group that you’re trying to coach. I look at every year as a new canvas and you’ve got to find a way to paint it a little bit differently.”

Each week, Candrea gives one player the top honor, a money ball, which represents essentially the player of the week award. Those are the only golf balls the players get to keep. They serve as a physical reminder of past achievements.

“I’m not that creative,” Candrea laughs.

The Wildcats have been thriving, winning 14 of their last 15. Inside the buckets, they see what it takes to keep it going. They need 21 green balls in the defensive bucket, each for one out, at least a handful of “money balls” in the other and, of course, as few red ones as possible.

The managers aren’t as cruel as to personally hand a red ball to a player that just earned it. Instead, they slyly drop it in the bucket themselves. Even so, mistakes don’t go unnoticed.

“It definitely is rough in a sense, too, where you can see, ‘Hey, that ball right there was my mess up,’” Harper said.

The Wildcats handled USC 76-48 in the first round, will face top-seeded Oregon on Friday.

The Glendale product, who began his college career at Oregon, has discovered that Tucson and catcher were where he was meant to be all along.

No. 12 Arizona softball team wins thriller as Harper walks it off in extras against No. 19 James Madison

Wildcats improve to 15-5 heading into doubleheader at New Mexico State on Tuesday.

No. 12 Arizona gets 'reality check' in surviving Kent State after beating No. 23 Minnesota

UA at 14-5 on season after walk-off win over Kent State.

Arizona will face Drake on Thursday, then take on No. 19 James Madison and No. 23 Minnesota in Wildcat Invitational.

No. 1 Seminoles overwhelm Arizona Wildcats in series opener at Hillenbrand

Defending champs keep Wildcats on their toes, win 5-3 in Tucson.

The Cougars score five in the sixth, but the Wildcats hold them off for a much-needed 7-5 victory.

No. 12 Arizona handed Florida State its second loss of the season.

Arizona loses series to No. 1 FSU, but shows it can compete with nation's top teams

UA falls 4-3 on Sunday to defending national champs, a day after routing No. 1-ranked Seminoles. 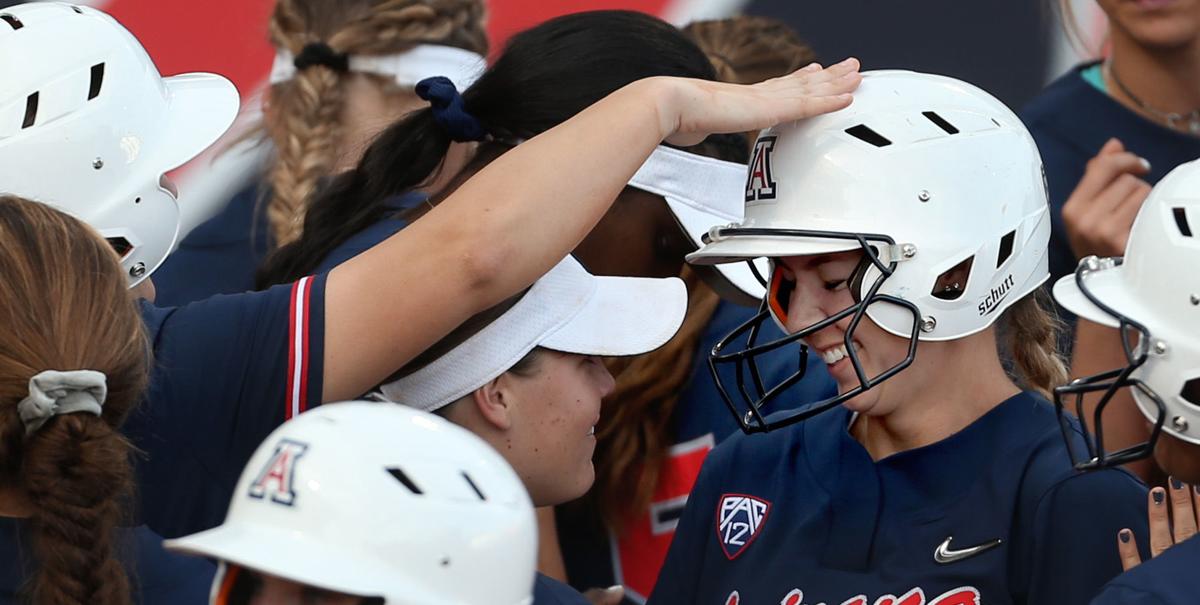 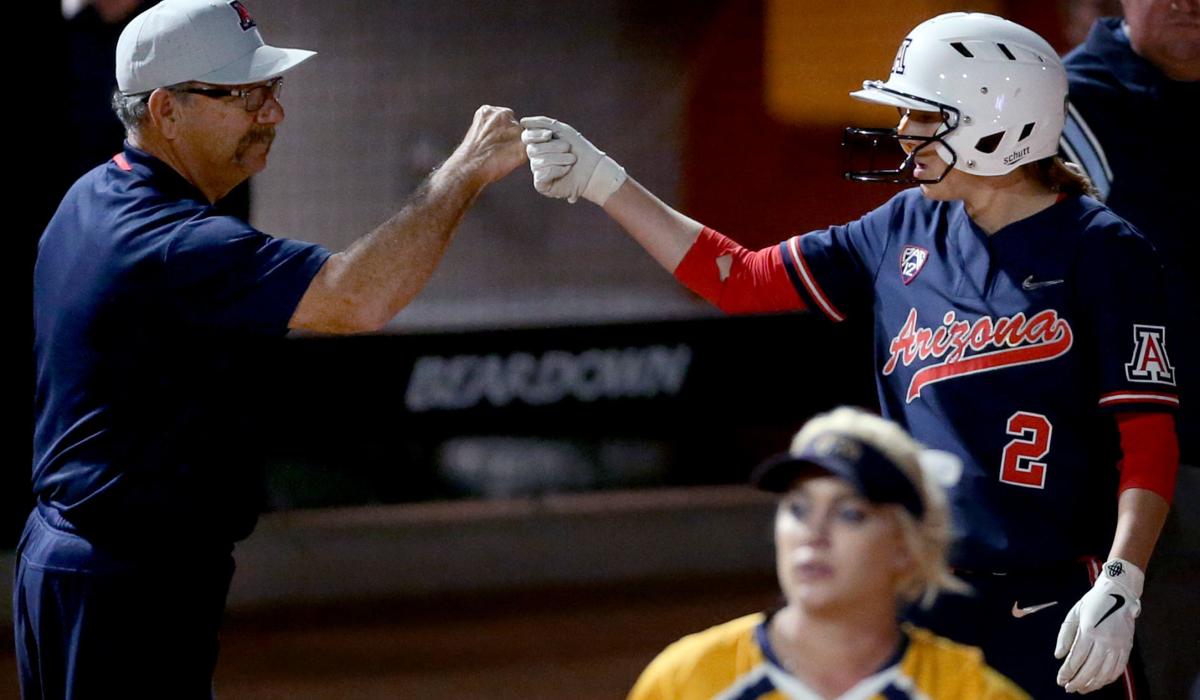 Arizona’s Hannah Martinez (2) gets a congratulatory fist bump from coach Mike Candrea after lacing a two RBI triple against Kent State in the fourth inning of their game in the Wildcat Invitational at Hillenbrand Stadium, Friday, March 1, 2019.