In a decade or more, people may not remember every name on the Arizona Wildcats’ 2019 softball roster.

Taylor McQuillin’s name may linger in people’s mind, while Hillary Edior’s gets lost on the tip of the tongue. But fans will always remember the 2019 squad for getting Arizona back to the Women’s College World Series.

The Wildcats had been absent from Oklahoma City since 2010, when they fell to UCLA in the championship series. The 2017 team was poised to make it back, but fell apart in the Tucson Super Regional against Baylor.

Yet there was so much more to the 2019 season than a World Series appearance. After being eliminated by Alabama, coach Mike Candrea said he credited the seniors — particularly those who didn’t see as much game time — for their ability to buy into the team concept.

That, Candrea said, was key to building the team chemistry to the best it’s been in years.

While seniors McQuillin and Rylee Pierce were constants on the field, Edior, Joelle Krist, Gina Snyder and Tamara “T” Statman contributed from the bench.

“I can tell you right now, that senior class will be one that I’ll remember for a long time because they’re very selfless,” Candrea said. “They did everything they could each and every day to prepare themselves for the moment, their opportunity. There was never a sad face or anyone pouting or anything like that.

“To me, I think that kind of set the foundation for the entire team’s chemistry.”

Pierce transferred to Arizona from Missouri last fall, and instantly fit in with the team. Candrea said he was impressed with her leadership, work ethic, maturity and willingness to learn.

“She was absolutely a huge addition to our program,” Candrea said. “She will be continuing her degree and working with us next year. She wants to get into coaching. That’s kind of part of my job, too — make sure we take care of them after softball is over with.”

The team chemistry helped lead the Wildcats to their best conference showing in 16 years. Arizona finished 19-5 in the Pac-12 and 48-14 overall while playing the nation’s second-toughest schedule.

The Wildcats got their revenge in Oklahoma City, beating the Huskies 3-1 in extra innings in the first game. The UA lost to eventual champion UCLA in the second round, then fell 2-0 to Alabama in a weather-delayed elimination game. Despite the abrupt finish to the season, Candrea believes the WCWS experience will help his future teams.

“I think it will definitely be a great positive for the kids coming back in our program that have been able to feel this and understand what the stage is all about,” Candrea said.

Carranco was sidelined during the Washington series with a broken left hand and broken right thumb. She hit .416 to finish the season as the Pac-12 batting champion despite missing the last four games of the regular season. She returned for Arizona in the postseason. Harper belted 28 home runs, most in the country. Martinez hit .429 to lead the UA’s offense throughout the postseason.

Palomino-Cardoza and Mulipola were consistent throughout the season, and Denham settled in as the Wildcats’ No. 2 pitcher behind McQuillin.

There’s only one concern among the soon-to-be-seniors: Will Mulipola return?

The catcher will join Team USA this summer, and could make the United States’ 2020 Olympic team. Mulipola’s immediate future at Arizona may take a backseat to the Olympics.

“I’m not too sure about that,” Mulipola said. “The rumor is that if I am fortunate enough to make the 2020 team, I have to redshirt my senior year. It’s just up in the air.”

How the Wildcats fared:

Despite draft losses, pitching 'reboot' could have Arizona operating at peak levels in 2020

Jay Johnson won’t have everyone he thought he’d have next season, but he likes the makeup of the arms who are joining the staff.

Mike Candrea calls 2019 season "one of the most fun years that I've had coaching softball."

'One team, one heartbeat': Wildcats say team chemistry has been key to WCWS return

WCWS coaches weigh in on gender issues, the role of men in women's athletics

Coaches agree: It's the right person for the job that's most important.

The Star talked to the UA catcher about making the national team, playing alongside a UCLA star and what she expects out of Oklahoma City. 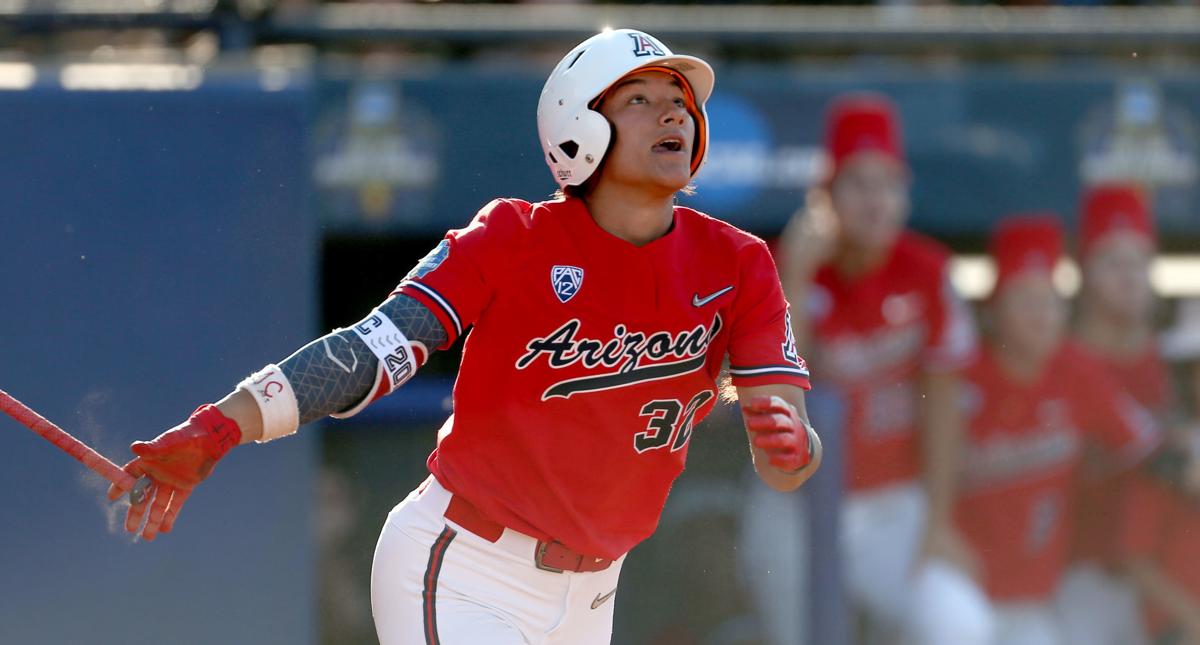 Arizona’s Alyssa Palomino-Cardoza led the Wildcats with 18 doubles. She’s expected to return next year as part of what should be a stellar senior class. 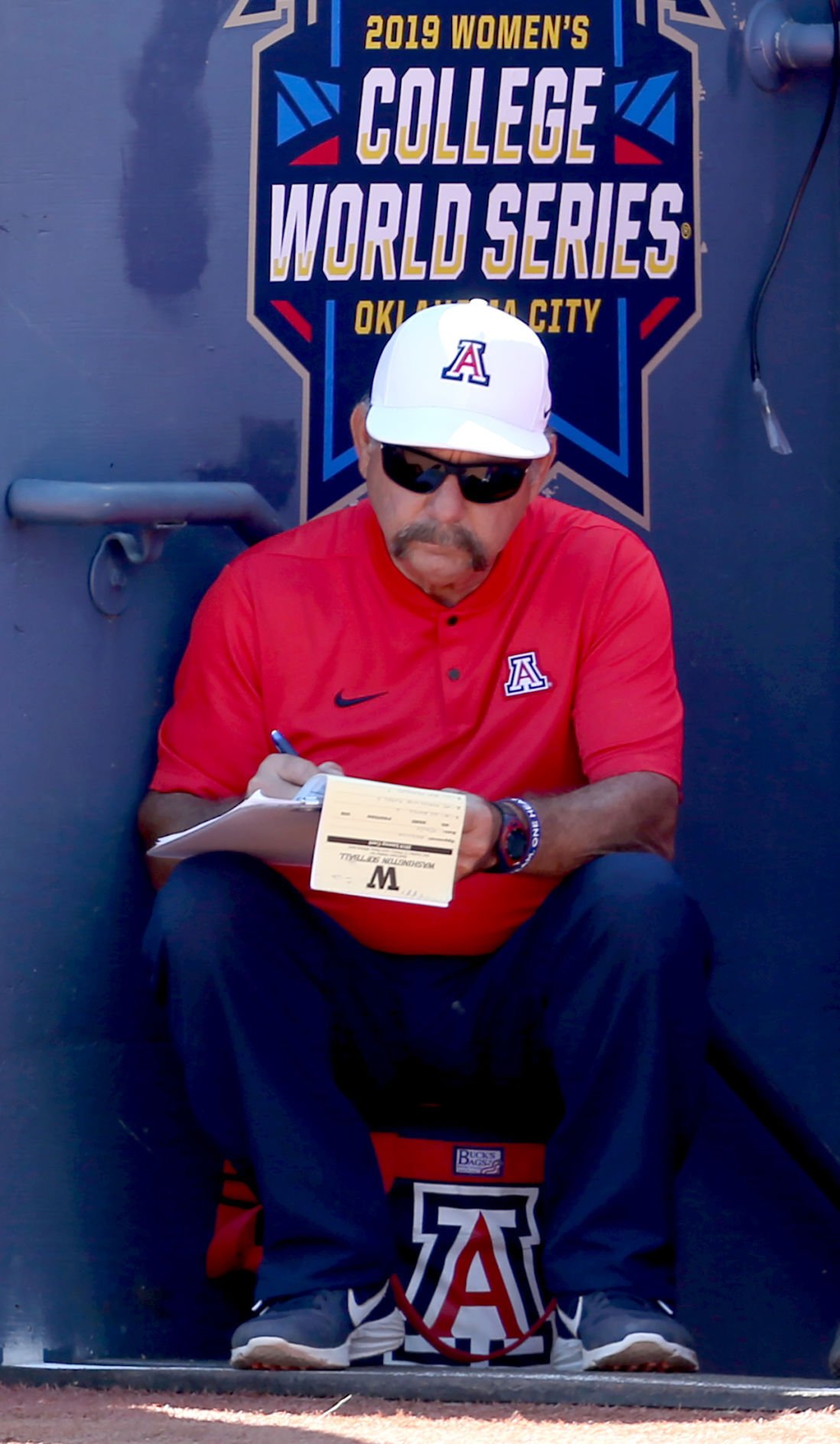 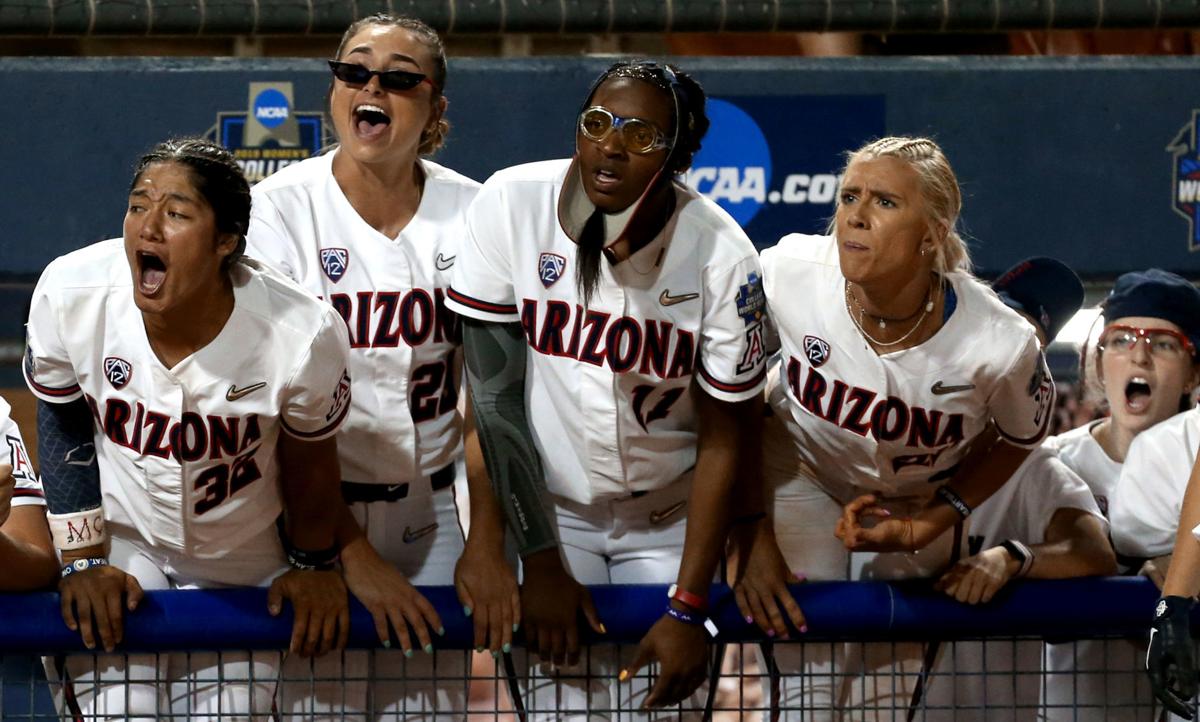