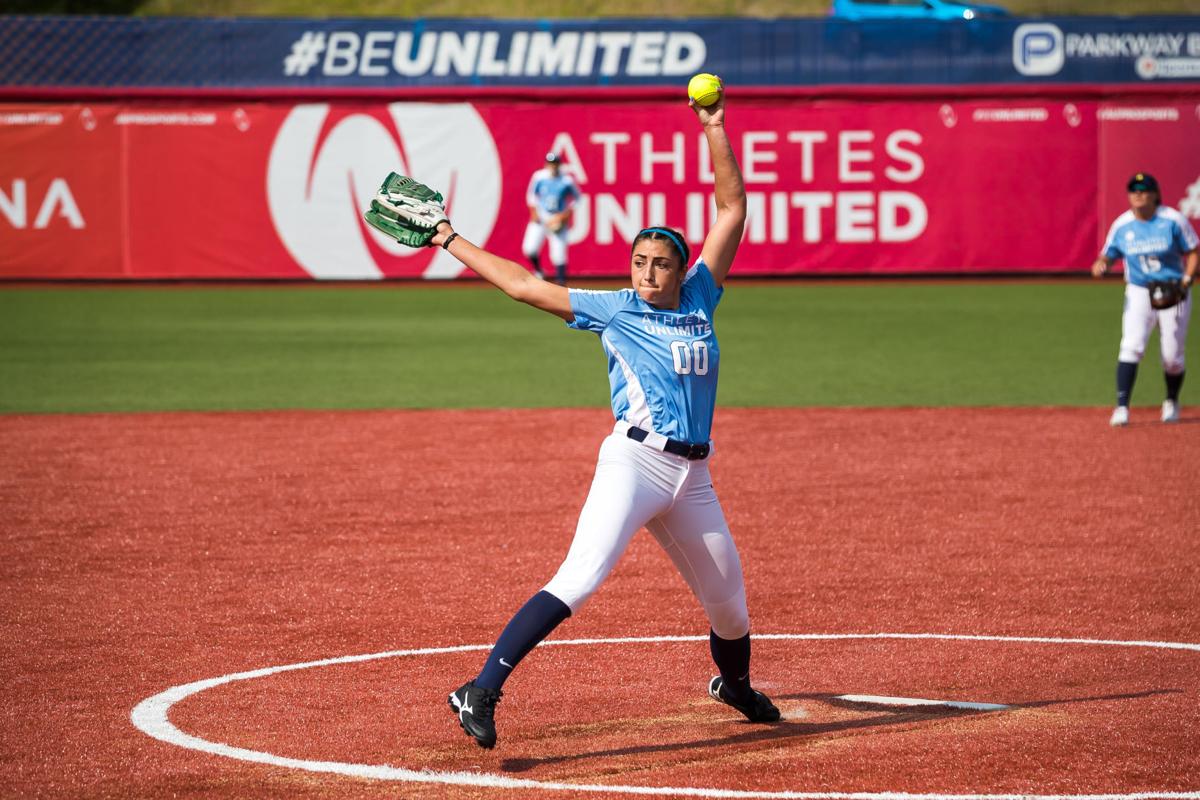 Former UA pitcher Danielle O’Toole has made good use of her binder in what she calls a “hitters’ league.” 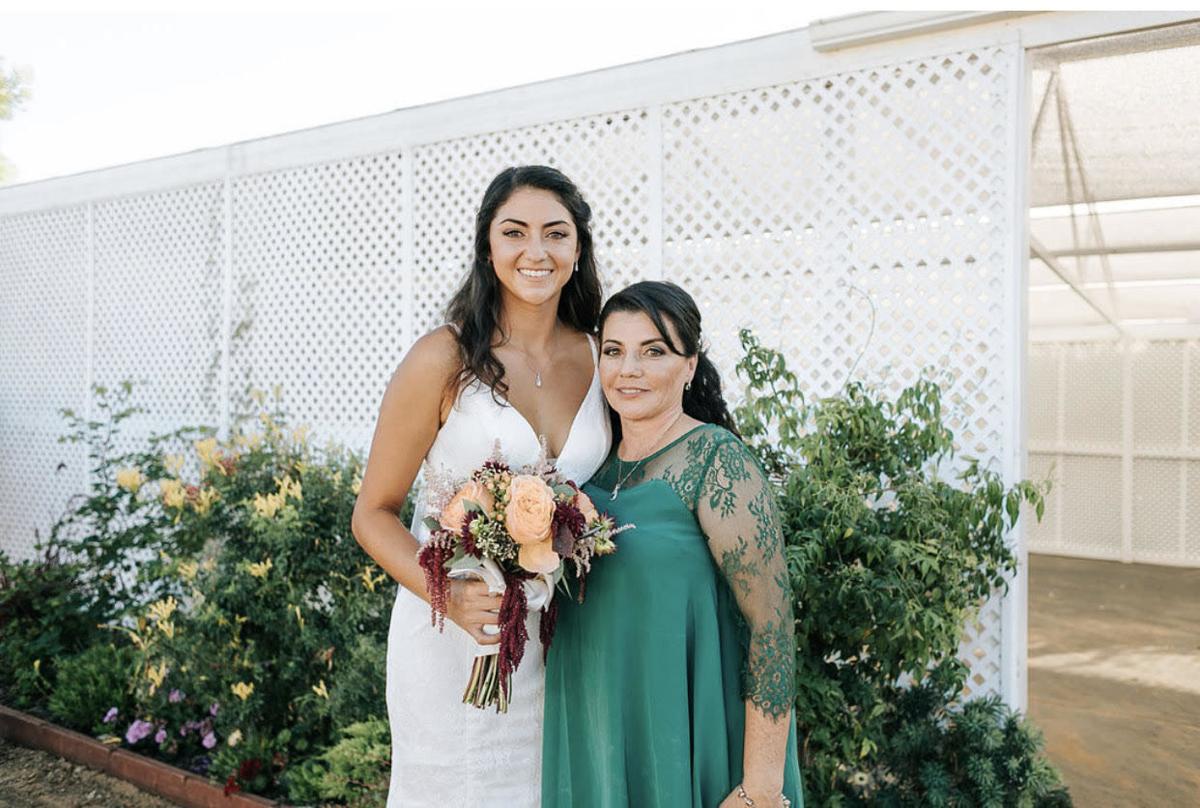 Editor's note: Weather has postponed Saturday's Athletes Unlimited softball games. They will now start at 2 p.m. and be streamed on ESPN3.

Nothing gets in the way of Danielle O’Toole and her book of secrets.

Except maybe a little rain.

Last summer’s book, the one she used while helping Team Mexico qualify for the Olympics, got caught in the rain. She lost everything — all the notes, scribbles and information she uses when it’s time to pitch.

“I had written some notes on Chinese Taipei and I had left it and I don’t need to throw (against) them anymore, so I think it was really subconscious, but I had left it,” she said.

The rain-soaked book was found by Victoria Hayward, a member of Team Canada who is now one of O’Toole’s teammates in the Athletes Unlimited softball league. Hayward, who is also a pitcher, told O’Toole that she read her notes on Chinese Taipei. It’s “not a secret; people know I have a binder,” O’Toole said.

“People know I take notes. People know I’m a psycho,” she added with a laugh. “I do have a big, big binder for everybody here.”

O’Toole’s time in the upstart Athletes Unlimited league, which switches teams and awards the best individual players based on a points system, has been uneven.

Just consider what’s happened this week. On Monday, O’Toole entered Game 3 late and was tagged for a few home runs, dropping to 26th place with 488 points.

One day later, O’Toole was selected as a first member on Team Reed. The previous week, she held the same honor for Team Hayward. (Among the rules for new league is a constantly rotating roster of teams; captains draft teams every week).

O’Toole said that while it’s nice to be one of the first players off the board, she knows every single move is significant.

Which is why, more than ever, O’Toole must rely on her book. The book is now a binder, because with players switching teams each week, O’Toole needed easier ways to organize the information. The first few weeks in the Athletes Unlimited league, O’Toole drew her own spray chart on paper and drew a strike zone to show the pitches that led to outs.

O’Toole says she doesn’t quite remember when she started tracking where a hitter likes pitches, how to gets them out, and where they hit in the field. She does know that her mom, Dianna — a former UC San Diego pitcher — had her look at certain things.

But there’s a problem.

In the Athletes Unlimited league, “there’s no hole. You just have to figure out what pitch they’re wanting.”

In between innings she reviews the next four batters to remember how she likes to pitch to them. And, if the game has the right rhythm, she’ll update the previous inning’s outcomes. If not, she waits until after the game.

O’Toole thinks she may be the only pitcher who keeps a book like hers.

“I haven’t heard anybody do it, but that’s also because some people don’t like it. Some people don’t find it necessary,” O’Toole said. “It helps me. I know everyone’s different.

“A really long time ago, I told (former UA pitcher) Nancy Bowling — Nancy never liked to watch film — I always told her, ‘To me, it’s like if someone’s giving you the answers to a test, wouldn’t you want them?’ That’s how I look at it, but sometimes I get beat. It is what it is. I still get beat.”

Danielle O’Toole was about to start her warmup pitches for Monday’s game when she heard over the loudspeaker that there was a message for her. She looked back at the video screen, listened … and tried not to cry.

"I was like, 'Shut up, Mom. You're embarrassing me,’" she said. "It was just it was a joke, but everyone thought it was pretty funny.”

Moreno jumped at the chance to support her daughter, who is isolated with other Athletes Unlimited players in a Rosemont, Illinois, bubble. The message was played on O’Toole’s first wedding anniversary.

“Being away for your first wedding anniversary is pretty significant. It's your first year. It's a big milestone. I wanted her to know how much we love her, we're thinking about her and that we appreciate her being out there and being part of this first group.

“There are so many kids that I know locally that think Danielle is such a big deal. Every little thing she does they look up to her and it's pretty amazing when you see these little kids. I'm not Mrs. O’Toole. I'm Danielle's mom. That's how I'm known everywhere. ‘Oh, you're Danielle's mom. Oh, you are Tooly’s mom.’ So, I am Tooly’s mom.”

O’Toole said she understands the significance of the Athletes Unlimited league, with all games being broadcast on ESPN and CBS channels. When she was younger, the only time softball was on TV was the Women's College World Series or the Olympics. Now, little girls get to watch O’Toole and other athletes from their homes.

“This is a huge deal,” O'Toole said. “I don't think people are going to understand it until it's really big in the next five years. Fingers crossed.”

A Q&A with the former UofA quarterback guru, who teamed with Rich Rodriguez to engineer explosive offensives and aid the Cats’ resurgence in the 2010s.

Picking the 25 greatest wins of Lute Olson’s Hall of Fame coaching career was no easy task. There were almost 800 of them, after all.

We’re listing the top 25 wins belonging to Olson, who died Aug. 27 at age 85. We’re limiting the selections to just Olson’s tenure in Tucson. (Almost all of them, anyway).

Sports betting is still illegal in Arizona, as are daily fantasy sports, but participating in fantasy sports leagues and football grid pools can be legal, provided one follows the law.

Arizona's Paige Whipple found balance, made music during time away from volleyball

Music has been part of Paige Whipple’s life from a young age. She started taking piano lessons at age 3, following in her sister’s footsteps. Whipple played viola for six years in the school orchestra, and has taught herself to play both the guitar and ukulele.

In 'The Zoom Where it Happens,' Adia Barnes learned tips that could make Wildcats a hoops hit

The summer Zoom series was run by Arkansas women’s basketball coach Mike Neighbors., who missed talking about books and other things in hotel lobbies and bars while on the road.

The trauma of losing a season — and the uncertainty of when it's safe to play again — prompted coaches and athletes to turn to the UA's Clinical and Sport Psychology Health Services. The department has helped coaches realize that they can't coach their players the same in the middle of a pandemic.

Former UA pitcher Danielle O’Toole has made good use of her binder in what she calls a “hitters’ league.”