Dave Heeke presented Caitlin Lowe with a white No. 1 Arizona softball jersey on Wednesday, when she was introduced as the Wildcats’ new head coach.

It wasn’t the only seamless handoff of the week. Mike Candrea retired Monday morning after 36 years, 24 Women’s College World Series appearances and eight national championships. By Monday afternoon, the UA announced that Lowe, a 36-year-old former UA great and longtime associate head coach, would be taking over.

Candrea was given a sendoff in a Tuesday news conference. Lowe was introduced exactly 24 hours later.

“Caitlin’s the right person for the job,” Heeke said. “From the time I got here (in 2017), there was a plan. She is going to be an outstanding coach. There was never a guarantee it would be here, but as we went though it was obvious. As I continued to observe her — watch how she conducts herself and learn more about her — it was very clear. And yeah, sitting next to Mike every day that’s a pretty good training ground to be in.”

Lowe is one of the greatest college softball players of all time. She finished her playing career in 2007 as the only four-time first-team All-American in the history of the program. Lowe remains the program’s all-time stolen base leader. She won two national championships and is one of only a handful of players to collect more than 300 hits, 200 runs and 100 stolen bases while batting .400 in her career.

Lowe joined Arizona’s staff in 2013 as the first as the director of operations before becoming a volunteer coach, full-time coach and finally associate head coach. Candrea said he knew right away that she would follow him when his coaching days were over.

“Absolutely! I coached her. And then I coached her on the national team. I spent a lot of time with Catilin Lowe. I knew that she had the qualities,” Candrea said. “Now, whether she would embrace that and select that, because she has kids, you never know. I guess the final straw for me, watching her was how she could balance having a husband who was coaching and having two kids. She’s done a wonderful job.”

Candrea had a plan for Lowe all along, although she didn’t know it until it all unfolded. Lowe said the opportunity to coach that “changed my life forever.”

“I found that my passion all along was not just playing this game, but the game as a whole and being part of something much bigger than myself,” Lowe said.

Lowe is now charged with continuing the tradition of the program. She acknowledged that it’s hard to follow a coach who has his stamp all over the sport. She even joked that she used to say, “I pity the fool who takes over after Coach Candrea. Well, here I am; I’m that fool, and I’m ready to go.”

Yet Lowe says she really doesn’t feel the pressure to live up to Candrea’s standard.

“If I would have come in cold from somewhere else, I think I would have felt that way,” she said. “But just growing in this program, growing with him, it’s not how I am supposed to feel.“He’s taught me so much about being my best self and what that means. He’s also let me go and let me be me within this program. He’s not a micromanager so when he hires someone it’s, ‘You do what you’re good at and we will shine as a team.’ He’s let me have my own personality in this program already to where I feel like it was an easier transition.”

The Wildcats relied on Lowe’s knowledge of the game, both as a fielder and a batter. When Dejah Mulipola wasn’t hitting in the first game of the Tucson Regional, she hit the batting cage with Lowe to fix her swing. In last year’s game against Team USA, Lowe gave Jessie Harper a tip on how to hit Cat Osterman. Harper used it to her advantage to hit a home run off the Olympian.

Heeke said he was struck by the way Arizona’s players stop and listen to Lowe when she speaks.

“I like the way she handles herself when interacting with different student-athletes,” Heeke said, “Her knowledge, her skill set. She knows the game so well. Those are critical components, but her leadership, her ability to stand and lead. That’s what impressed me the most. When Caitlin talks to players, people listen.”

Lowe will make her first recruiting trip as the Wildcats’ head coach on Friday. While her title is new, she’s been tackling recruiting responsibilities for quite some time. Lowe is excited to get going.

While Lowe is steeped in the tradition of the program and Candrea-isms, this program will soon evolve into her own. And it sounds like the new era Wildcats may look a bit like how she played.

“I like to play fast, which he likes to do, too. I think it’s funny that the clientele that we’ve had in here, I mean they just so happened to hit home runs all over the stadium. But he even talked to us after the World Series about how we had to make the change to be not just a base-to-base team but let’s play fast, let’s get all over people and make them feel uncomfortable and put the ball in play. I think that’s going to be a big focus and not that it’s a change from coach but it’s something that we have to adjust to so that we can go farther in the season.”

Softball coaches, including Mike Candrea: NCAA can do better with gender equality

There was sharp criticism of inequalities between the men's and women's basketball tournaments earlier this year. Similar complaints were raised only a few weeks later about the women's volleyball tournament. Now, softball is having its reckoning.

Candrea directly or indirectly has touched every coach in Division I college softball. Here are four stories of Candrea's toughness and humanity.

Geist’s third-place finish ties his previous best in the NCAA finals and gives him All-American honors once again in the event.

Watch Now — ‘I want to be good for these players’: Caitlin Lowe embracing spotlight as new Arizona softball coach

Caitlin Lowe met with the Star to talk about how she doesn't feel pressure to replace Mike Candrea, her leadership style and her relationship …

Dejah Mulipola on playing for Mike Candrea, when she knew he was done and what the WCWS was like

Arizona senior catcher Dejah Mulipola talked to the Star about her coach, the Women's College World Series and what it meant to finish in Oklahoma City.

Shields helped guide Arizona to its best season in school history in 2021 with a program-best 21 wins and a first-ever appearance in the Sweet 16. 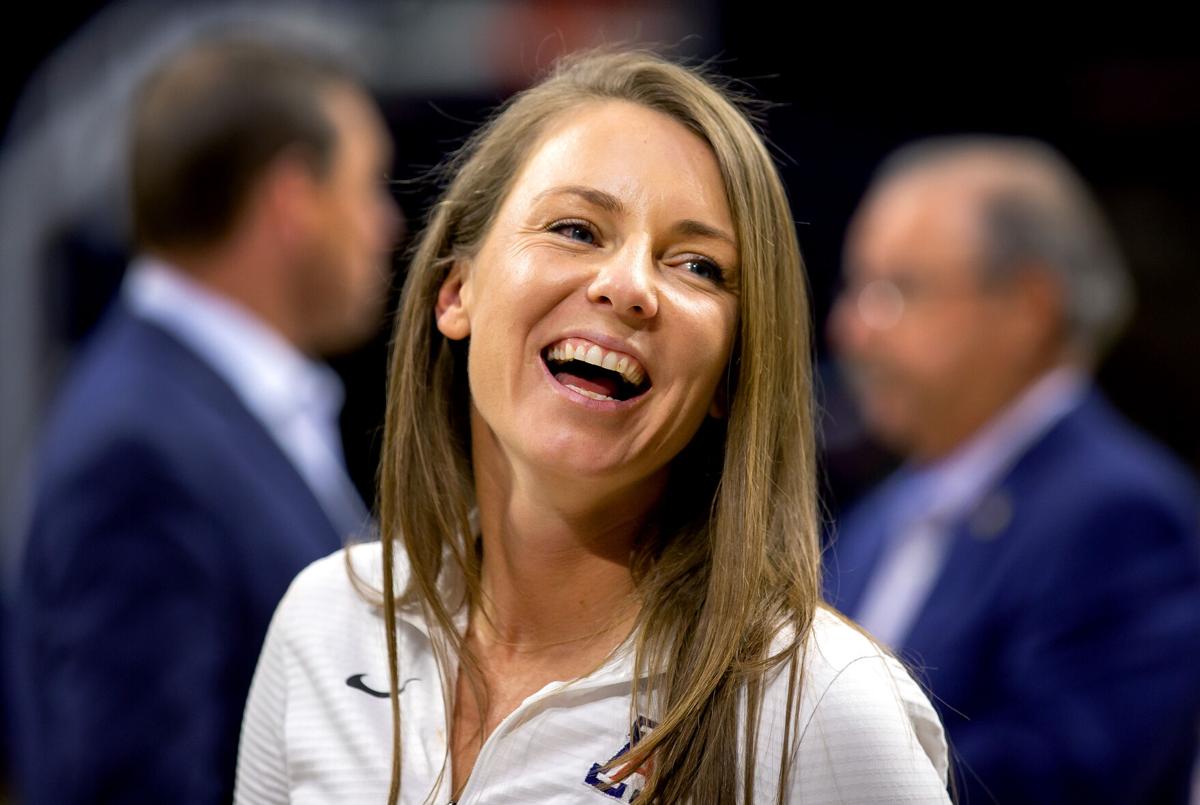 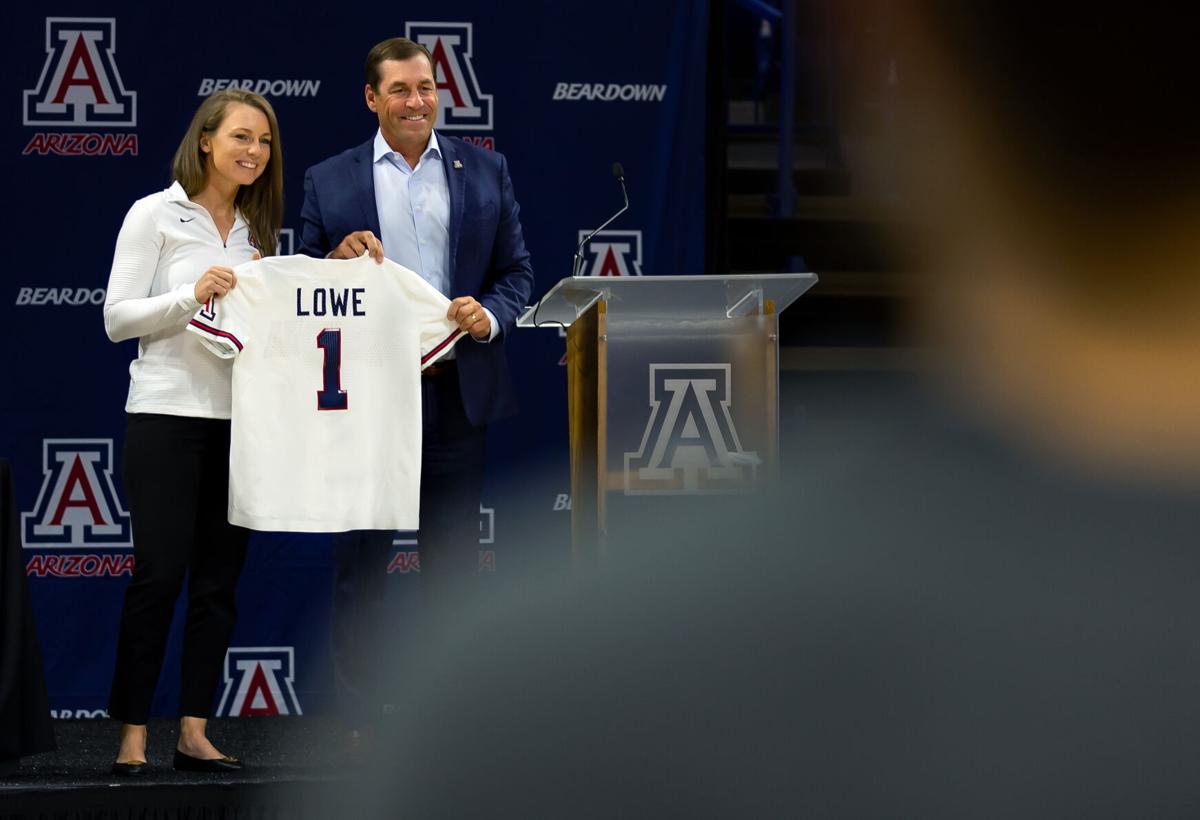 Caitlin Lowe, left, and Arizona athletic director Dave Heeke pose for a photo with a jersey during Wednesday’s news conference. 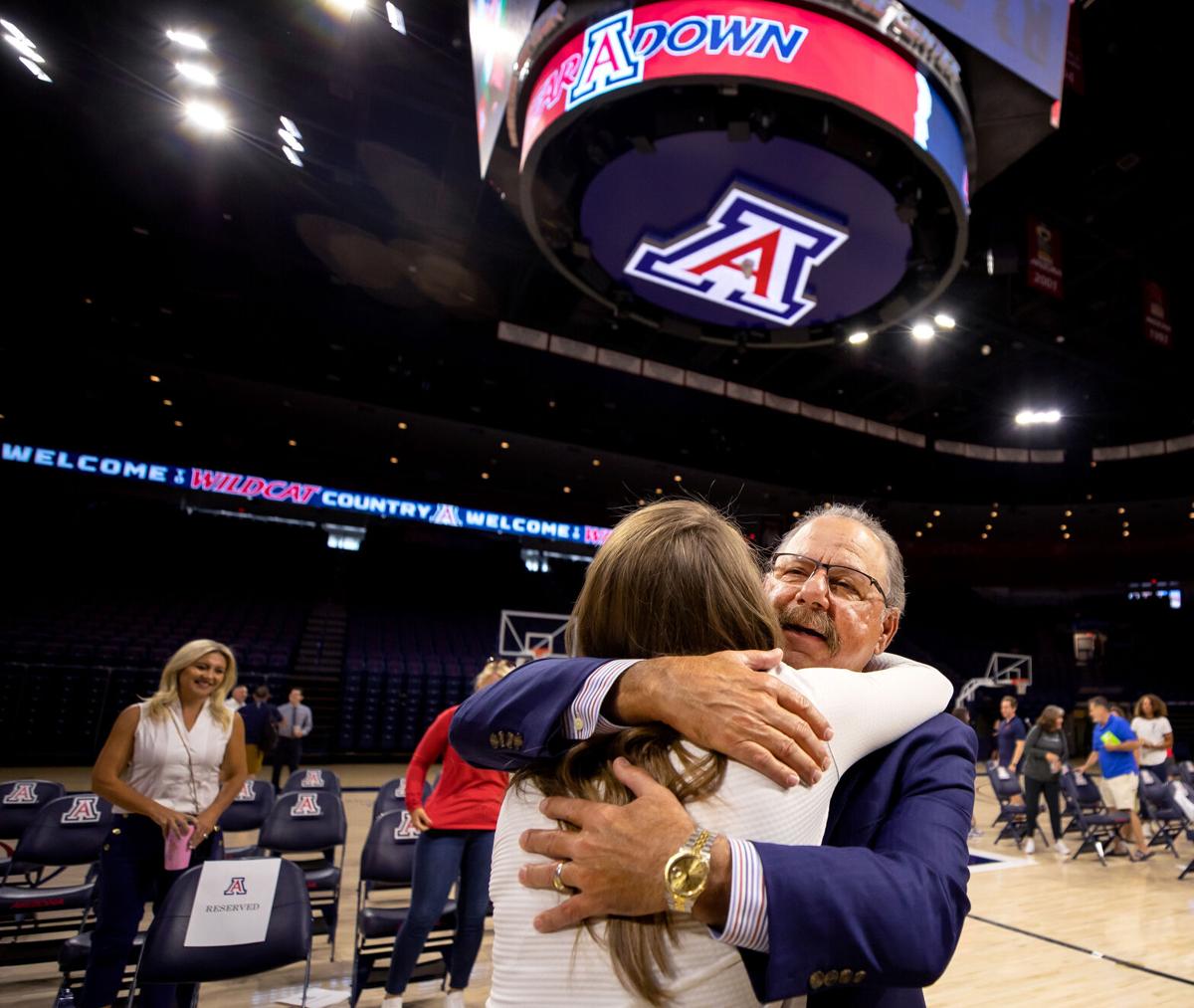 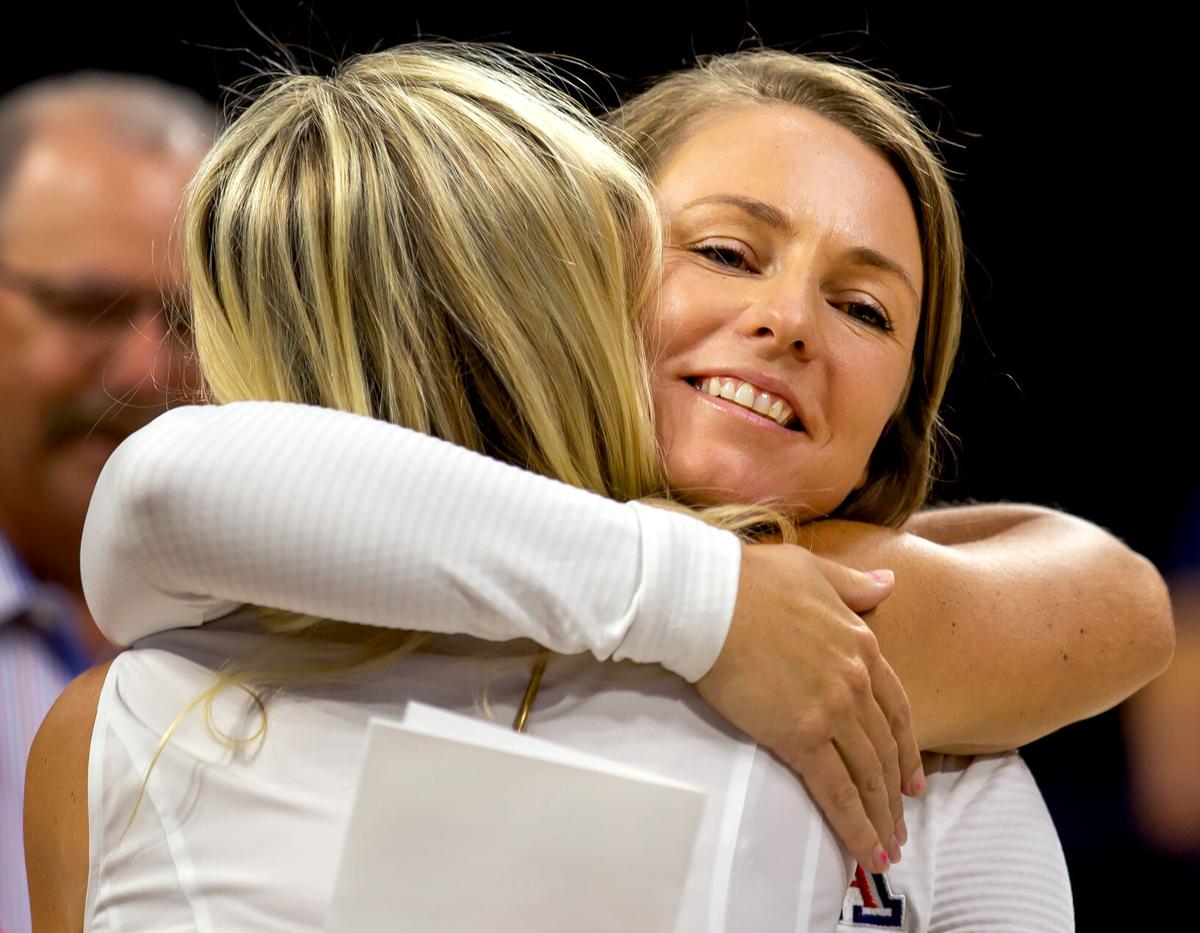