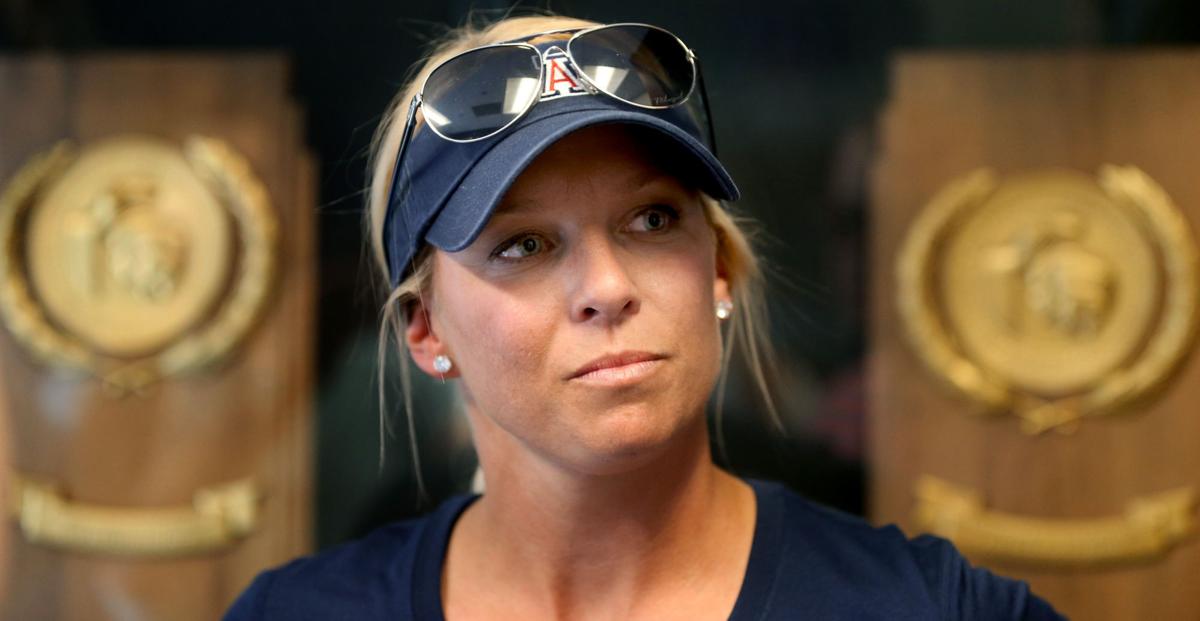 “I really, really did not think that this would happen this quickly,” said Taryne Mowatt of her return to the Wildcats. 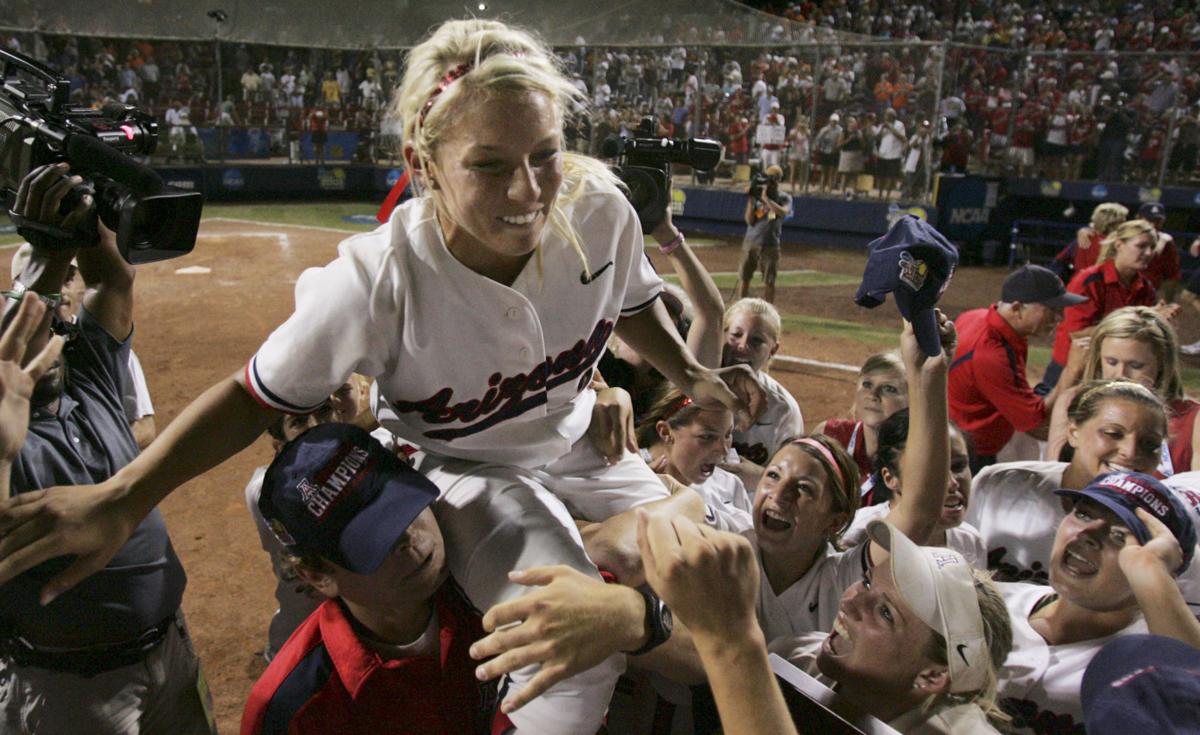 Taryne Mowatt won 100 games in her college career and helped the Wildcats to national championships in 2006 and 2007. “It’s really exciting to be back,” she said. 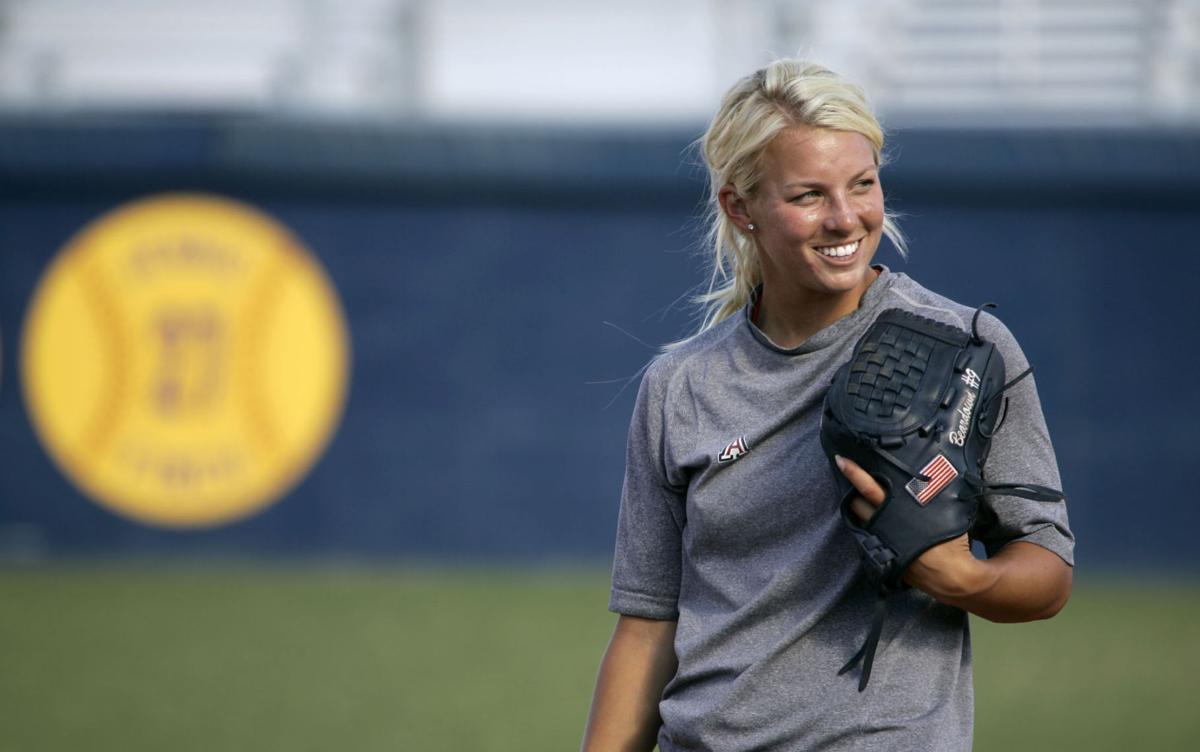 Taryne Mowatt stood in Hillenbrand Stadium on Tuesday, a pair of NCAA championships — the ones that she helped win — nearby.

“I would like to hold another one,” she said, laughing.

Mowatt, 31, is one of the best pitchers to ever play the sport. She almost single-handedly guided the Wildcats to a Women’s College World Series title in 2007, but is still relatively new to big-time college softball coaching. Mowatt spent three seasons at Cal Baptist before moving to Mississippi.

In two years with the Rebels, Mowatt worked wonders. She inherited a pitching staff with a 4.30 ERA in 2015 and lowered it to 3.26 in 2016 and then to 2.10 last season. As a result, Ole Miss posted its best season in history, winning 43 games and hosting its first-ever NCAA Regional.

Arizona is no stranger to hosting regionals. Mowatt will hope to push the Wildcats beyond the first weekend — they haven’t participated in the WCWS since 2010.

UA coach Mike Candrea called Mowatt “a fierce competitor” who will bring out the best in pitchers.

“I’ve watched her grow as a pitching coach, and I think she’s very ready for this challenge and really, really looking forward to it,” he said.

The Star spoke with Mowatt on Tuesday. Here’s what she said:

What have the last few days been like, finding out you’d be coaching at the UA?

A: “It’s really exciting to be back. The last couple of days have been a little stressful, getting things, sitting at home, waiting to interview and then finding out that coach wants me to come back and packing up my suitcase and getting back here has been a whirlwind, but it’s been exciting and it’s just good to back.”

What do you hope to bring to the staff?

A: “I hope to bring my experience, both playing and coaching the last couple of years. At Ole Miss we played a lot of tough competition, and so it’s good to be able to be here to experience this type of environment and work with these pitchers who I know are talented and can be successful and I know that they want to be at the World Series. … Hopefully we can just work hard every day in the bullpen and get better and get back to Oklahoma City.”

What did you see when you looked at this program from afar?

A: “Well I followed the program very closely, every game. I see a lot of talent on the field. I see pitchers that want to go out there and be the shutdown pitcher. I see a program that is wanting to get back to the World Series and win.”

How did the last couple of years at Ole Miss help you in terms of gaining more experience, and what was that experience like?

A: “It’s on a big stage out there. The SEC has a lot of quality teams, so every day you’re playing somebody that’s a great team and so that experience of the preparation side of it from a coach’s perspective, breaking down film, it just translates into what I’m hoping to bring over here. I watched a lot of Pac-12 softball over the last couple of years so I’m hoping my experience at Ole Miss can translate over here and that I can bring just something new to the pitching staff here.”

What did it mean that Coach Candrea thought of you and decided you were the right fit?

A: “It meant the world to me that he saw me as a successful pitching coach because it’s very hard to see somebody as a player for so long then see them in their profession. It means a lot that he sees me as a professional coach and thinks that I can get the job done here.”

Taryne Mowatt was one of the most successful pitchers to play softball at Arizona, and now she’s returned to the Wildcats as pitching coach.

Here’s a look back at some of Mowatt’s most notable accomplishments from her playing career:

Greg Hansen: Superstar QBs who were once backups aren't a new thing in college football

3 people displaced, cat dies in fire on Tucson's east side

One of the family's cats made it safely out of the home.

Tucson police identified the man who died Sunday morning in a single-vehicle wreck as Ernesto Contreras, 18.

Photos from October's funeral notices with links to the obituaries of each person. For more obituaries go to legacy.com/obituaries/tucson/

Two enrolled at the UA last week after being granted release at Louisiana-Lafayette amid scandal.

The UA brought back its two-time Women's College World Series champion in October.

“I really, really did not think that this would happen this quickly,” said Taryne Mowatt of her return to the Wildcats.

Taryne Mowatt won 100 games in her college career and helped the Wildcats to national championships in 2006 and 2007. “It’s really exciting to be back,” she said.