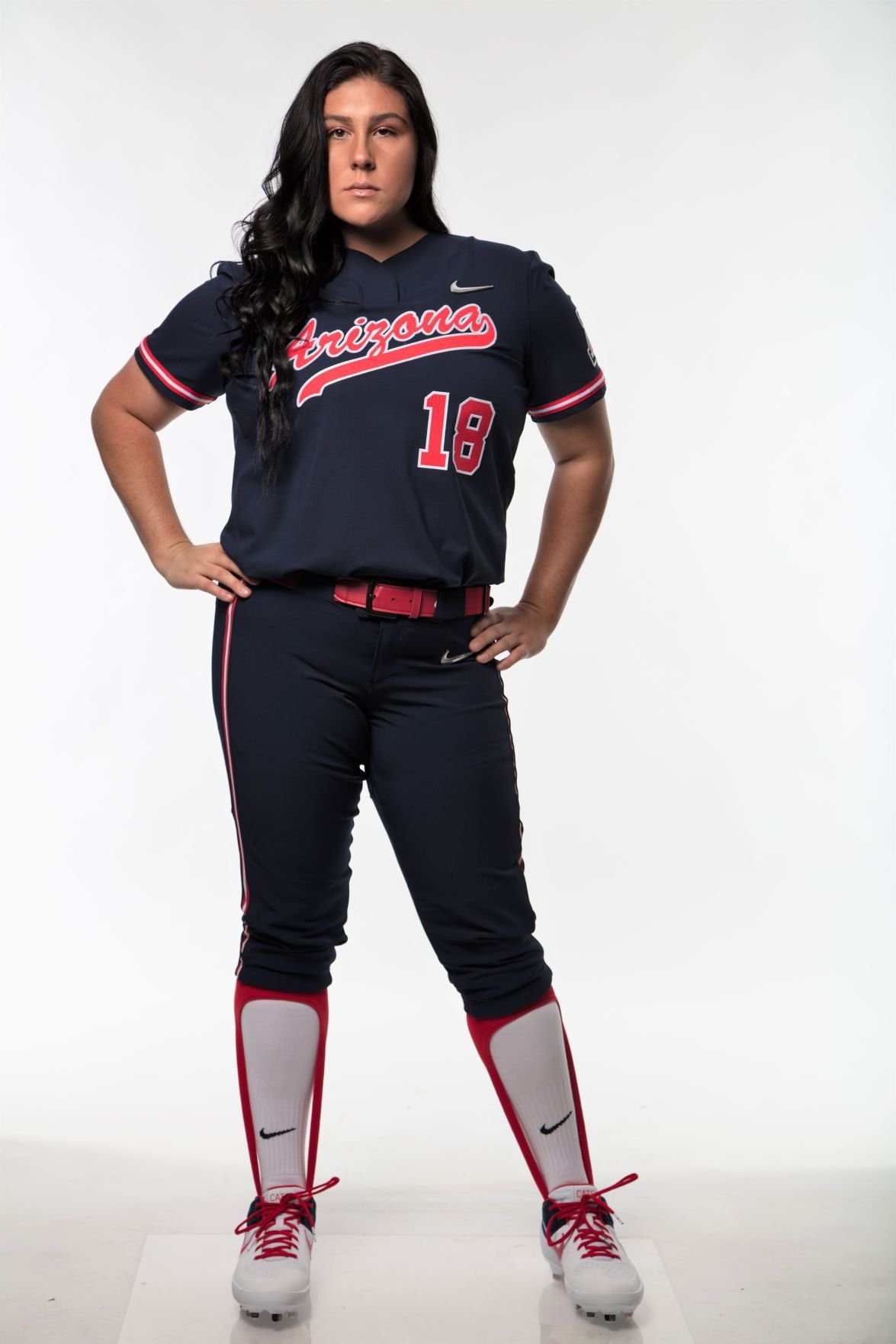 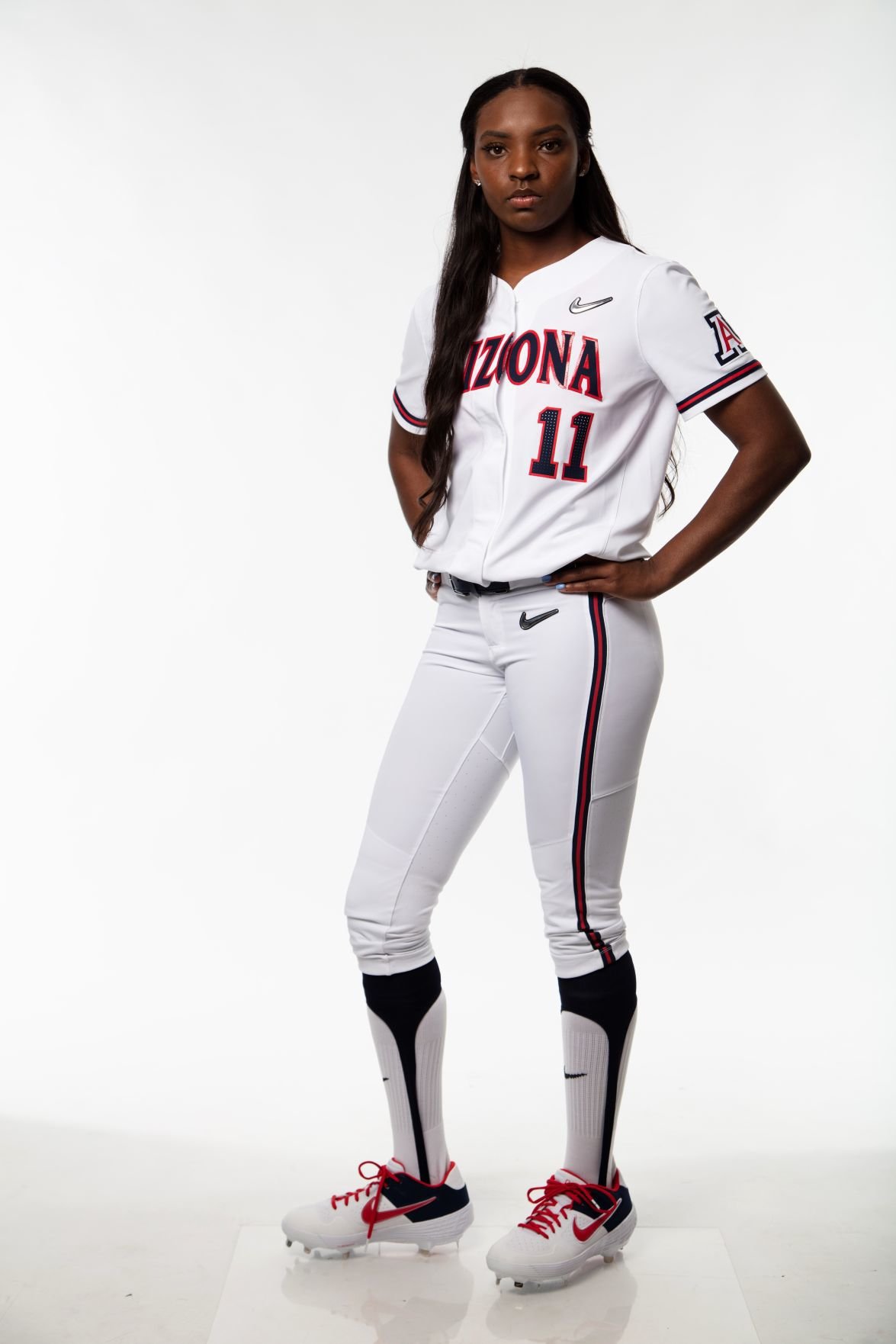 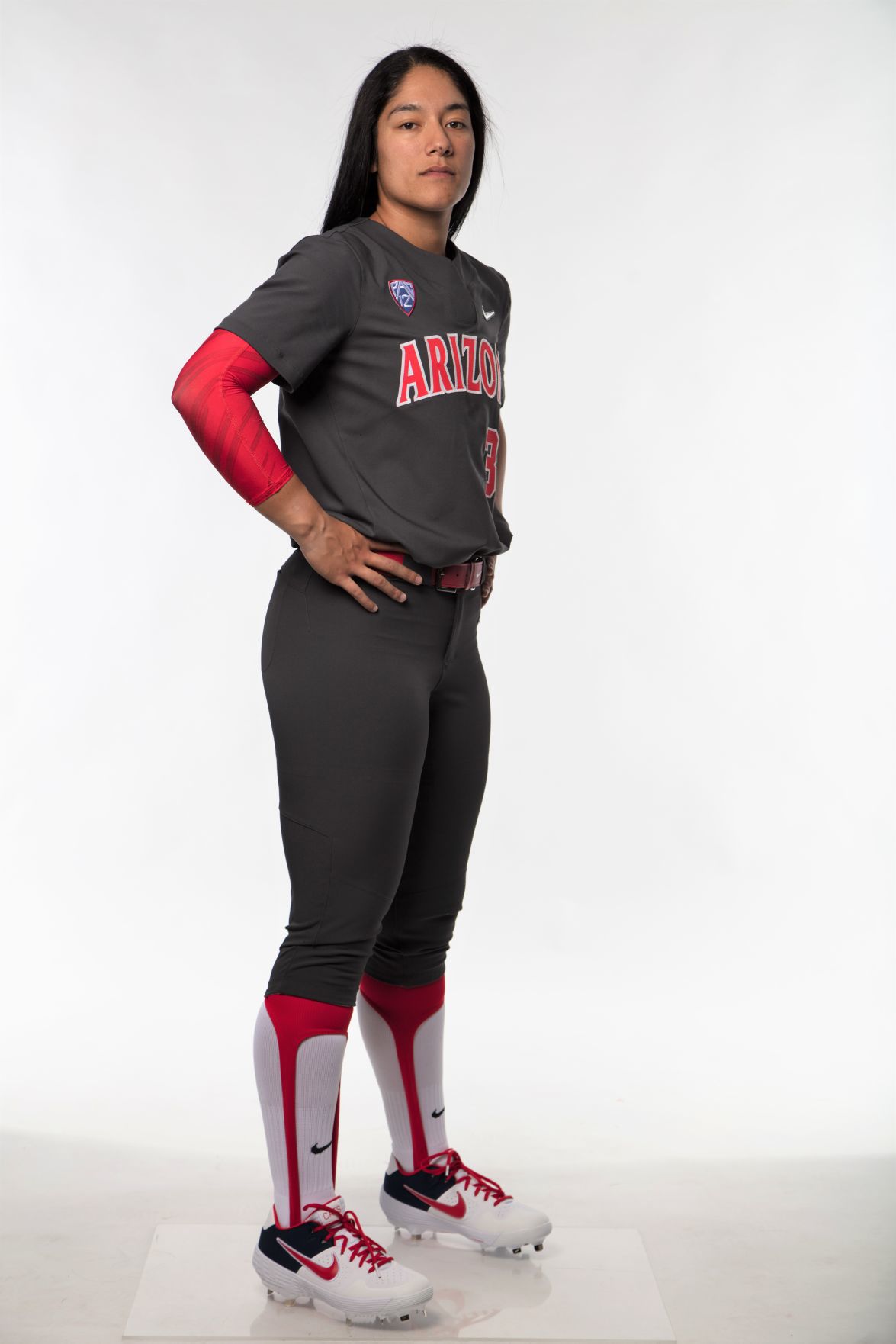 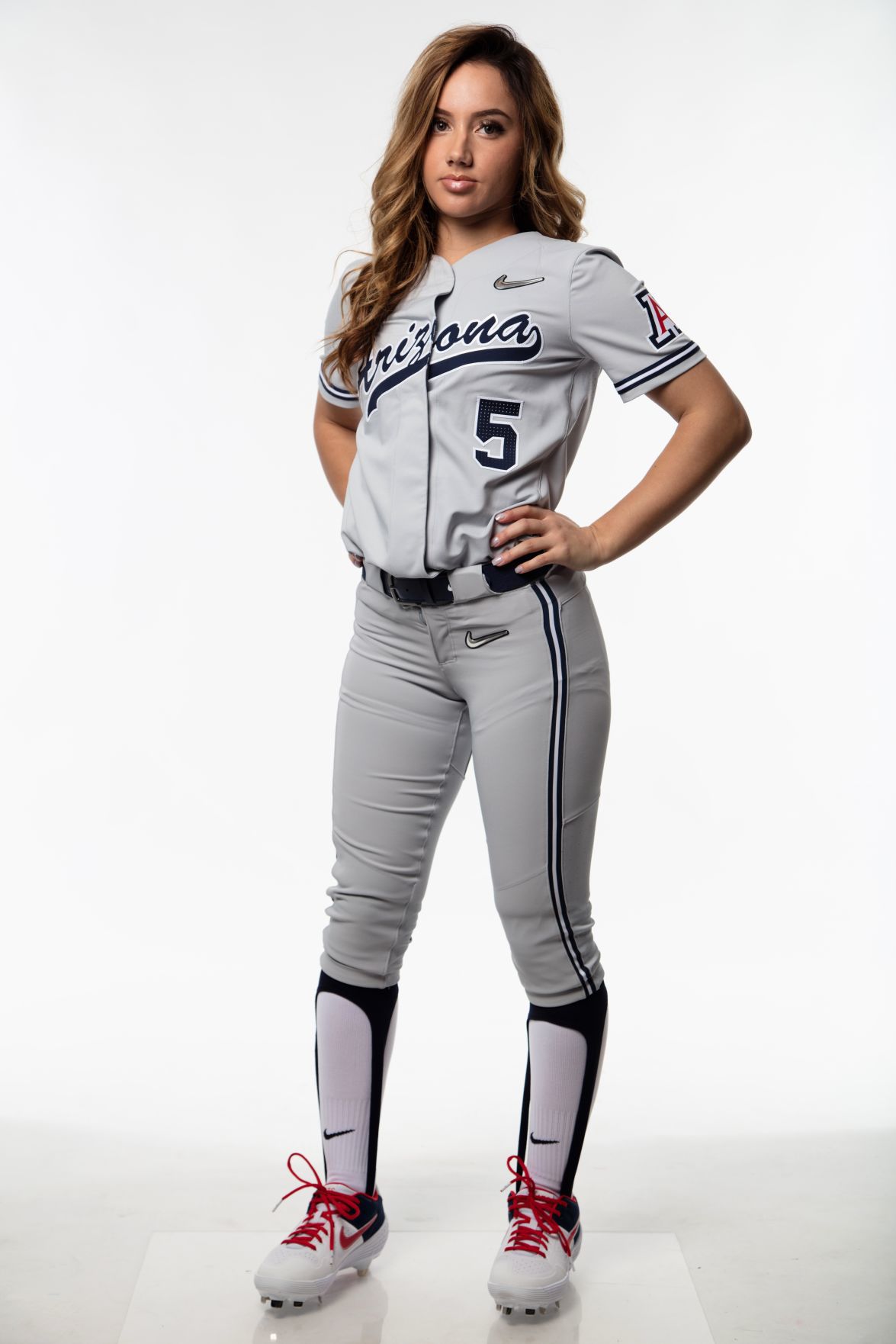 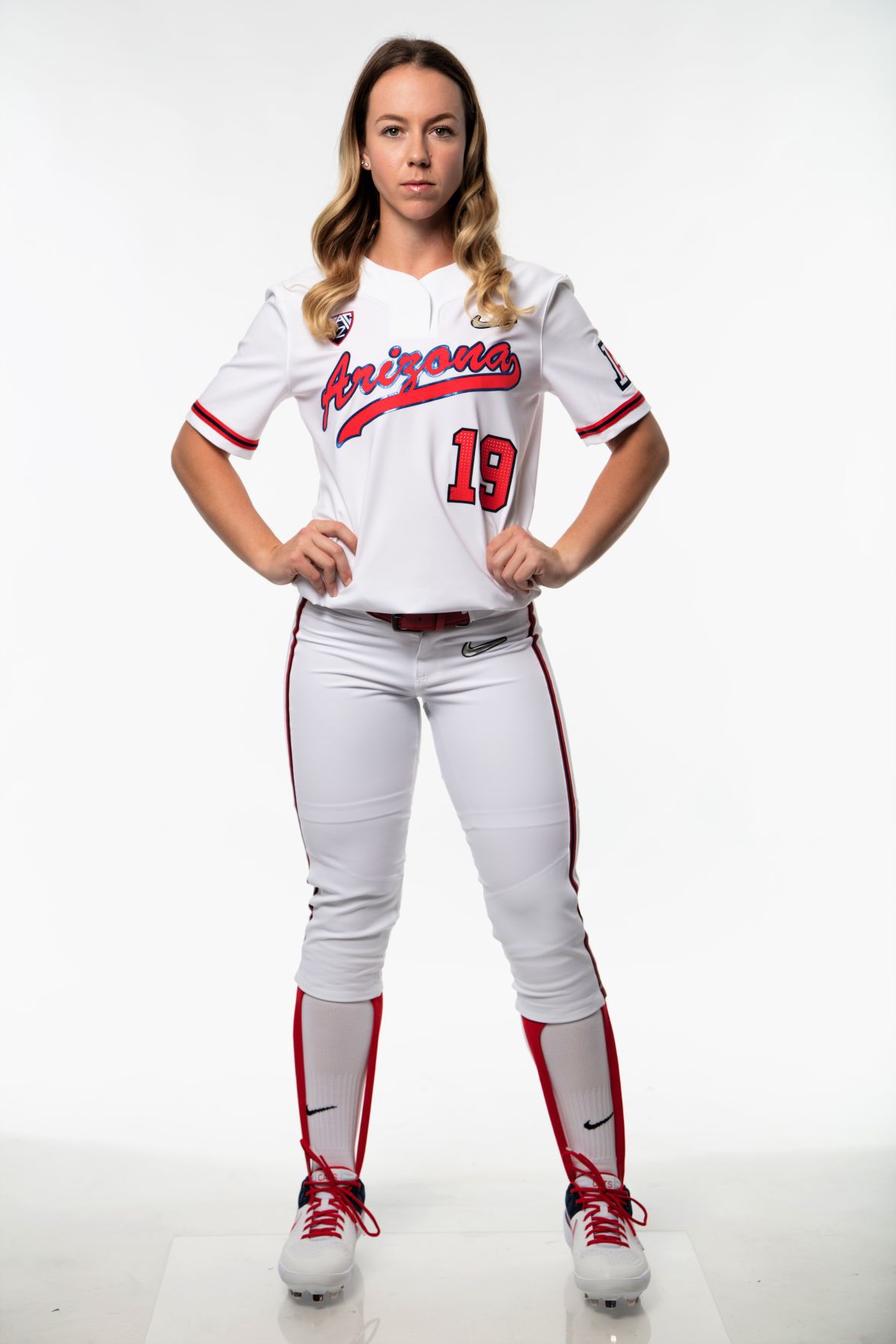 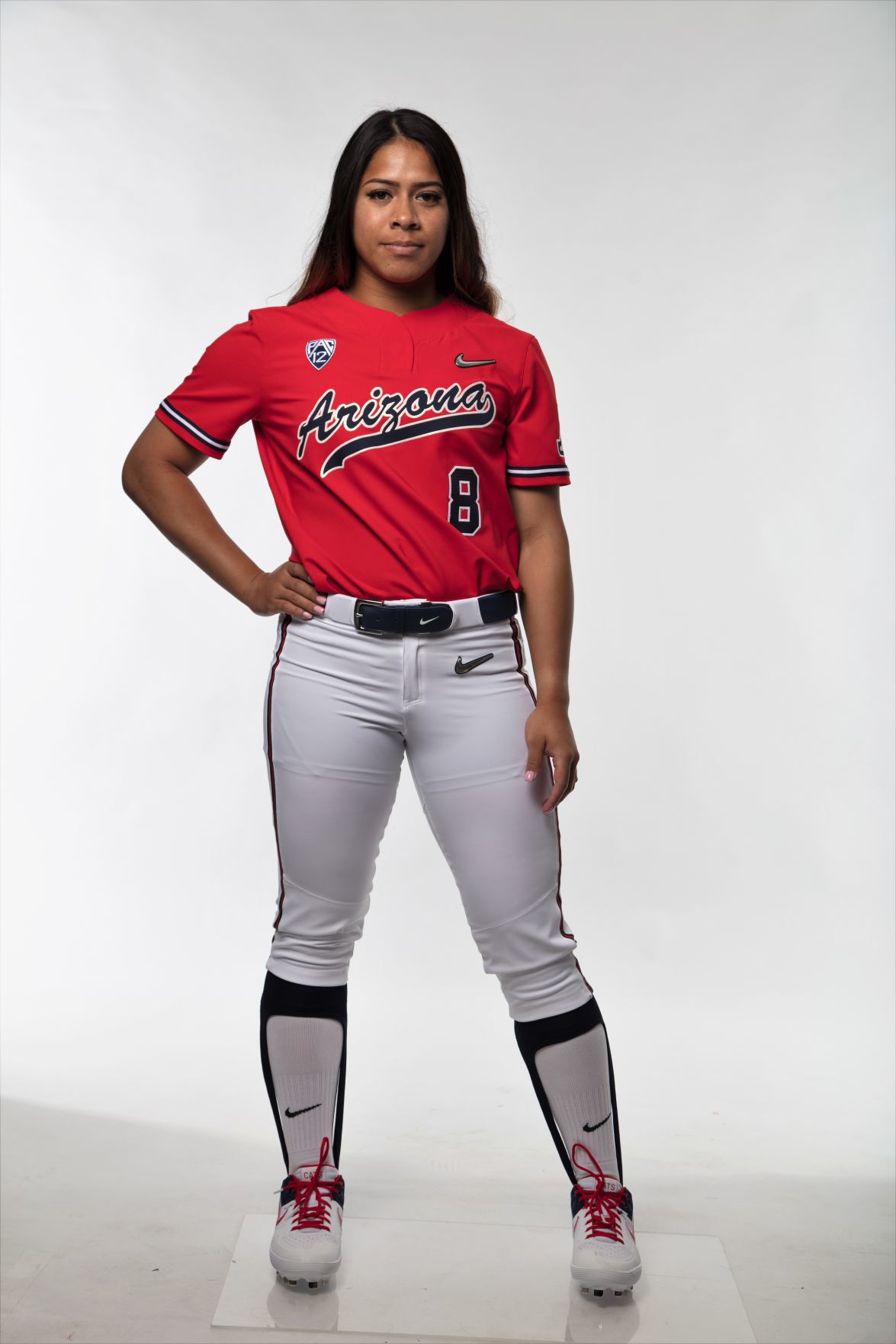 Arizona’s softball stadium isn’t the only thing getting a new look.

The Wildcats will debut new uniforms this season, when they break in the renovated Rita Hillenbrand Memorial Stadium. The UA’s home opener is Feb. 14, against New Mexico.

The UA released its new gear on Monday in a series of social media posts produced in part by former ace Kenzie Fowler, who is now an athletic department employee. Arizona is one of five schools that will wear the 2019 Nike Vapor Hyper Elite 2.0 uniforms. The Wildcats will be able to mix and match from six different combinations: their traditional red, white or blue tops; an alternate light gray uniform with blue Arizona script; a new, charcoal gray look with “Arizona” in block letters and a white jersey with the similar block style.

The team was also given custom team cleats.

“Even watching the release all over social media, it was amazing,” current ace and UA senior Taylor McQuillin said. “I think Kenzie Fowler did a great job getting the video put together. We had all of our staff do a great job of setting it up and getting it released. We’re just ready to step out on the field in our new uniforms.”

McQuillin said she prefers the traditional blue gear — or the new white uniform with the block lettering similar to what appears on the Wildcats’ men’s basketball and baseball jerseys. The Wildcats’ softball program has long used a script “Arizona” instead.

“I think it kind of gives a similar look to what our baseball team has with the block lettering. It’s very traditional,” McQuillin said. “Arizona’s look is a good one and it’s coming. We’re excited.”

The process for the new uniforms started a year ago, and the Wildcats were given a sneak preview of them during a 2018 tournament in Palm Springs, California.

While Nike took the lead on the project, there was some input from Arizona equipment manager Emily Dwerlkotte and the coaching staff.

“The only input I gave them was I wanted the traditional look,” coach Mike Candrea said. “I didn’t want to go to some of the uniforms that, to me, do not look like a baseball/softball uniform. My only thing was, ‘I will do it if you can make it look like Arizona tradition.’ And they’ve done a really nice job with it.”

“The new uniforms are something very cool,” infielder Jessie Harper said. “I know Nike and our staff worked hard on those, to get those for us, but they definitely feel very nice.”

With the new, $8 million stadium renovation and new uniform combinations, the Wildcats have taken on a new motto: “Embracing the future and honoring the past.”

“Our alumni is what got us this big, giant, beautiful Rita Hillenbrand Stadium that we’re building right now,” Harper said. “But definitely, our rich history that we have at Arizona sets us apart from other schools.”

That history and tradition was what Candrea wanted to make sure was captured in the new uniforms. The elite program will show off a modernized version of traditional Arizona softball uniforms.

“We’re honoring the people that came in before us and just the tradition that they set for us,” outfielder Alyssa Palomino-Cardoza said. “To bring back the block lettering, I think, is really cool. We love them. And just being able to say ‘these people really brought this program up and we now get to be a part of what they did,’ it’s pretty good for us to see.”

The University of Arizona's famed softball team released a new set of uniforms this week. Take a look at the Wildcats' options, from the class…

Newcomers must come through for Arizona Wildcats to return to postseason

The UA opens spring training with a roster chock-full of promising freshmen and key transfers.

“It’s been fun to come out here every day and watch the progress. We’re excited about it," said coach Mike Candrea.

For Minnesota United FC, trip to Tucson marks the start of special spring

Pac-12 coaches on Tuesday picked Arizona to finish third in the conference, behind UCLA and Washington. A week prior, the USA Today/NFCA Coach…

Alyssa Palomino-Cardoza and Jessie Harper picked up where they left off a season ago, when the junior All-Americans each homered twice to help…

New Hillenbrand Stadium will have to wait; rain soaks away Wildcats' home opener

Arizona's home opener — and grand opening of its renovated stadium — cancelled for rain.

Jessie Harper hit her third and fourth home runs of the season.

Palm Springs tournament will include a showdown between the UA and No. 4 Oklahoma.