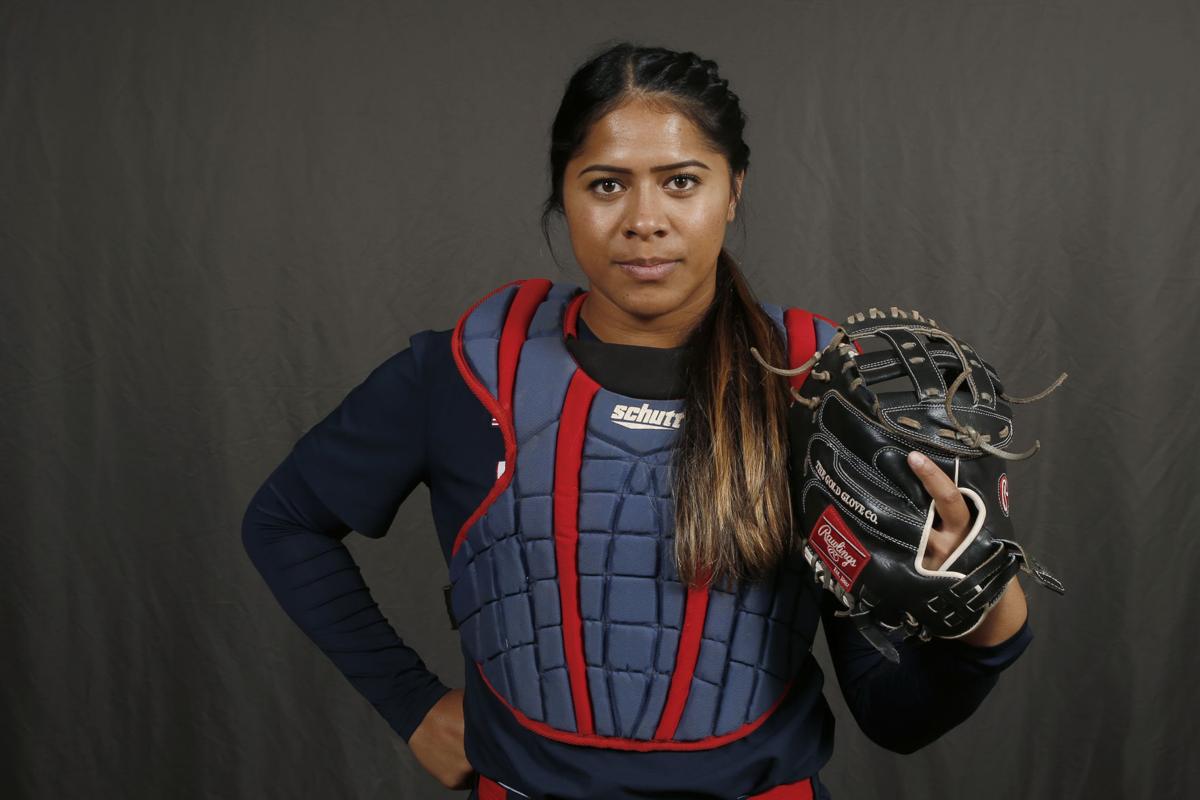 Catcher Dejah Mulipola spent the 2020 softball season training with Team USA for the Olympics, which were then postponed. 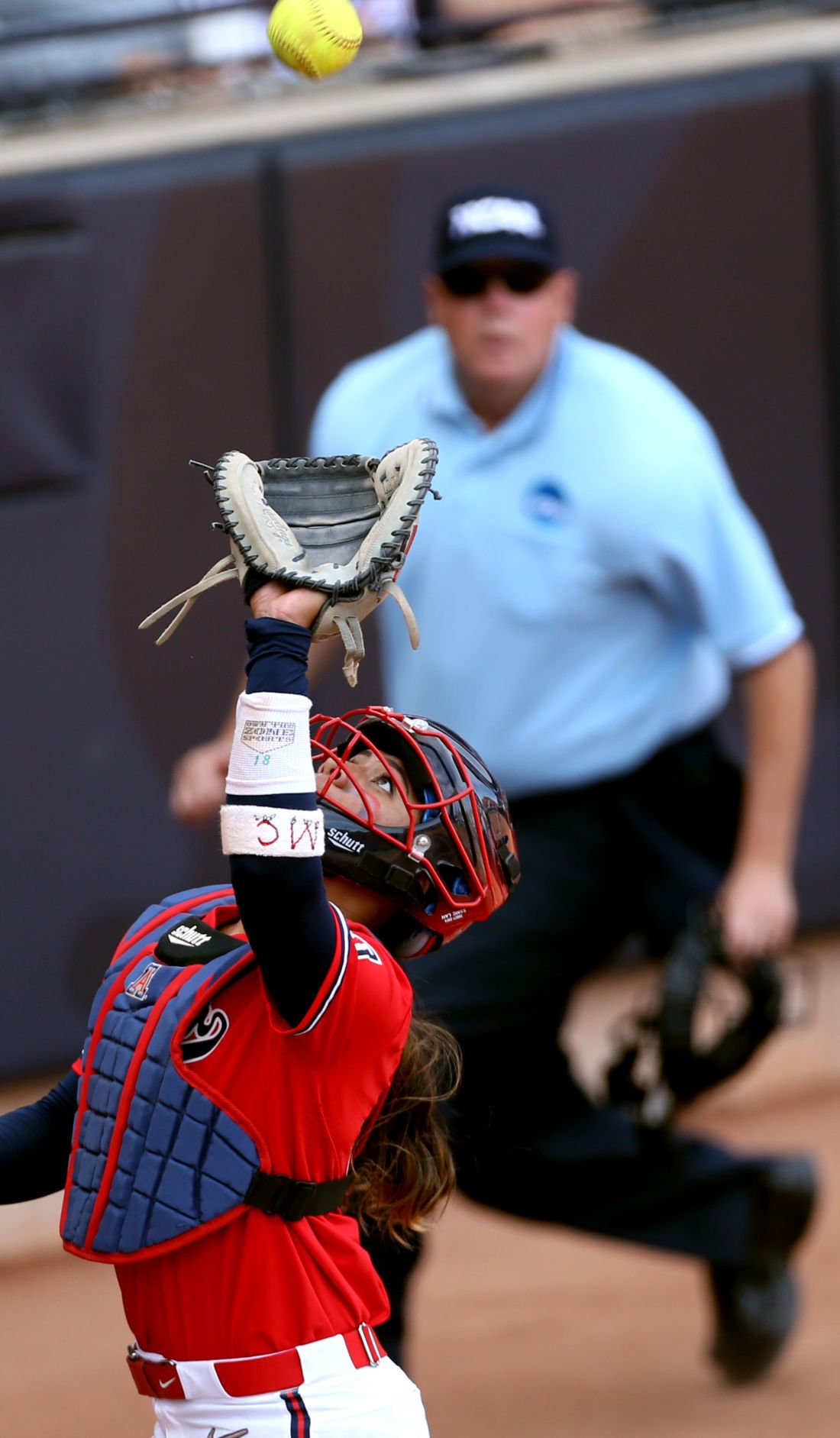 Catcher Dejah Mulipola last played for the Arizona Wildcats during the 2019 season. She spent 2020 training with Team USA, and is now back for her final college season. 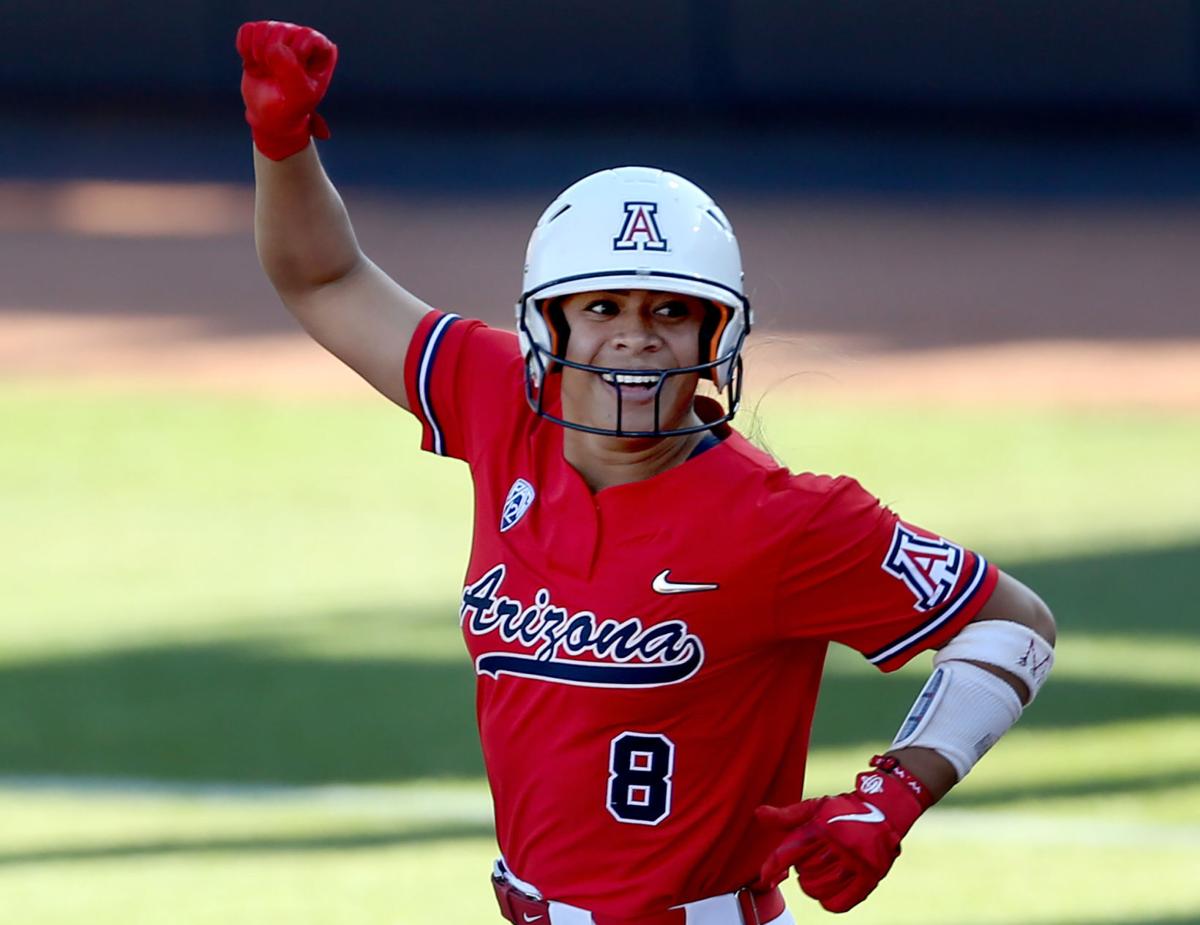 Arizona’s Dejah Mulipola (8) looks to the bench after slashing a solo homer to lead off the second inning and give the Wildcats a lead against Mississippi in Game 2 of the NCAA Super Regional at Hillenbrand Stadium, Saturday, May 25, 2019, Tucson, Ariz.

Dejah Mulipola might have felt a bit out of place when she first saw the 12 new faces in the Arizona Wildcats’ dugout.

But then Mulipola looked around and found old friends. Teammates teammates Jessie Harper, Malia Martinez and Reyna Carranco, Alyssa Palomino-Cardoza, Mariah Lopez and Alyssa Denham were all there — and it all felt right.

“It was a little bit different getting back into the groove of things,” Mulipola said. “But now that I’ve been back for a couple months now, I feel like nothing has changed.”

Mulipola will play her first game as a Wildcat in nearly two years next week, when third-ranked Arizona hosts the Hillenbrand Invitational. The UA's season-opening weekend in Austin was canceled due to weather.

Mulipola, arguably the nation’s top catcher, redshirted the 2020 season while training with Team USA for the Olympics. The games were postponed because of the coronavirus pandemic, and the three college players on Team USA’s roster — Mulipola and UCLA’s Bubba Nickles and Rachel Garcia — are back playing with their schools this season.

UA coach Mike Candrea said the college season is a great way for Mulipola to prepare for the now-2021 games. The Wildcats will play 14 games against teams currently ranked in the top-10 — much tougher competition than what Team USA will face.

“I think she’ll be very ready when the bell rings,” Candrea said. “Hopefully, we get the Olympic Games going — I have no doubt she’ll be prepared.”

The last time the Mulipola was behind the plate for the Wildcats was 2019, when she hit .311 with 23 home runs, 55 RBIs and a .766 slugging percentage. She finished the season with a .998 fielding percentage and one error, and won both the Johnny Bench Award and the NFCA Catcher of the Year award.

During her season with Team USA, Mulipola caught softball legends Cat Osterman and Monica Abbott. She returns to the Wildcats with invaluable experience.

“I think the one thing that I’ve seen improved more than anything with her is her maturity,” Candrea said. “She has a tendency now to really keep the game slow — not let it get too big. And to me, those are great qualities that you have to have when you walk in the Olympic arena.

“… I just think maturity, the knowledge that she brings to the table right now — the experience that she brings. Every game is the highs and lows you have to go through as a pitcher. I think Dejah is really good right now at understanding that and knowing when to go out to the mound and talk to someone and slow them down. When to encourage them, when to be tough on them.

“I think it’s like having another coach out there right down with her experience level and her maturity. I think she will help our pitching staff quite well.”

Denham and Lopez are expected to resume their roles as the Wildcats’ two aces, with freshman hurlers Devyn Netz and Jessie Fontes likely to contribute.

Mulipola said she’s done her best to know what the like to throw in certain situations and how they like things done.

“Pitchers are the princesses of the team,” she said. “It’s my job to make them look good.”

Mulipola said she missed playing for the Wildcats last season. While she is excited to put on the Team USA uniform again this summer, it can wait.

“I miss the girls and I miss Coach the most,” Mulipola said. “Just being in a Wildcat uniform is something that is so special — it gives you goosebumps every time you put it on. Getting the opportunity to come back to Rita (Hillenbrand Stadium) and to come back to Coach and the team meant everything to me. I have chills right now just talking about it, because I love being here. I love the experience. I don’t know how five years went as fast as I did. I’m just happy to be back.”

Between July and December, the ranges system-wide brought in $402,731 from the practice practice tees alone. That's a lot of buckets: 73,223 of them, to be exact.

Arizona hasn’t played a baseball game in over 11 months, but the Jay Johnson-led Cats haven’t spent that time idly.

What does Arizona have to play for in the final month of the season? Start with these 5 things

Arizona isn't likely to win the Pac-12 regular-season title. Maybe it's best the Wildcats focus on the now.

Arizona will instead open the season next week at the Hillenbrand Invitational.

Aari McDonald and Sam Thomas both pour in 20 points as No. 10-ranked Wildcats clobber Huskies 75-53.

The transfer from Virginia Tech would be eligible to play next season, but she hasn't made up her mind about returning to Arizona.

Wildcats off to a smiling, slugging start, smash Southern Utah in 2021 opener

The Wildcats got contributions from their entire lineup Friday afternoon, as eight of nine starters had at least one hit versus Southern Utah and three different players homered.

Catcher Dejah Mulipola spent the 2020 softball season training with Team USA for the Olympics, which were then postponed.

Catcher Dejah Mulipola last played for the Arizona Wildcats during the 2019 season. She spent 2020 training with Team USA, and is now back for her final college season.

Arizona’s Dejah Mulipola (8) looks to the bench after slashing a solo homer to lead off the second inning and give the Wildcats a lead against Mississippi in Game 2 of the NCAA Super Regional at Hillenbrand Stadium, Saturday, May 25, 2019, Tucson, Ariz.