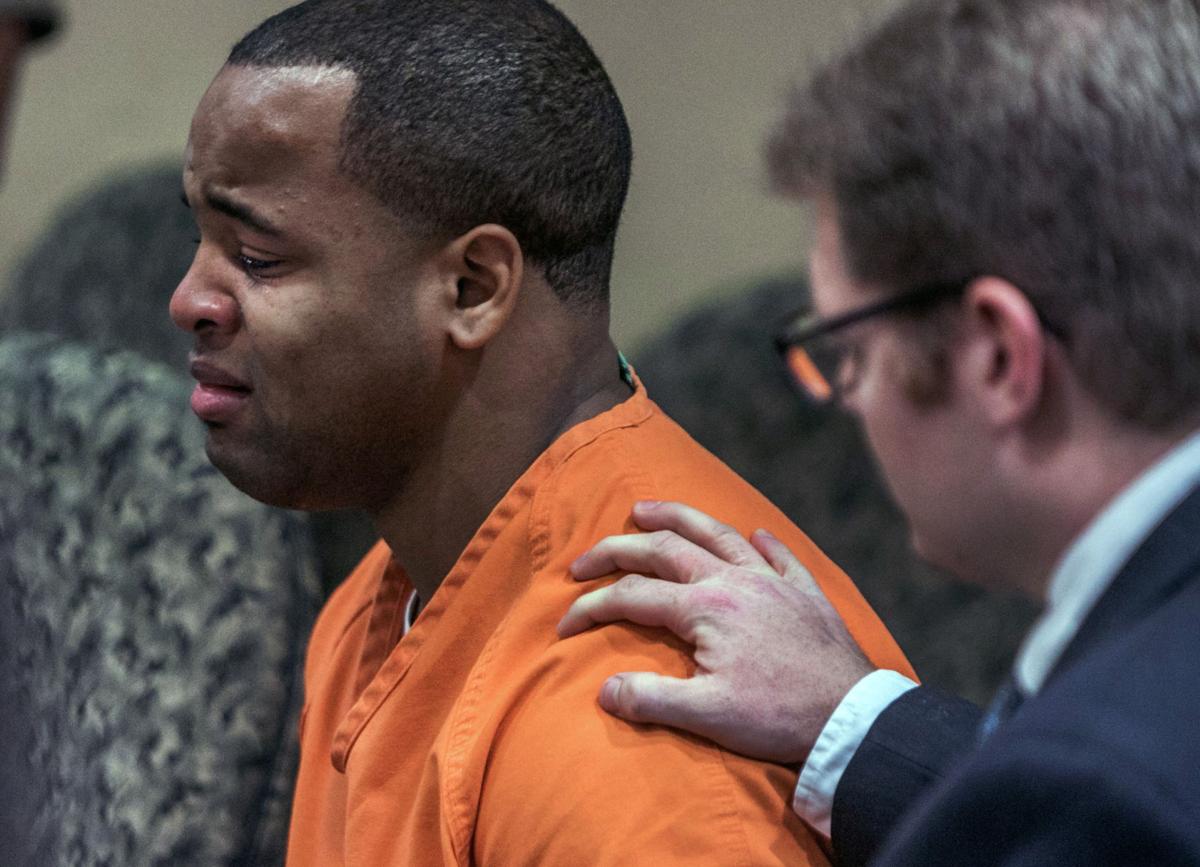 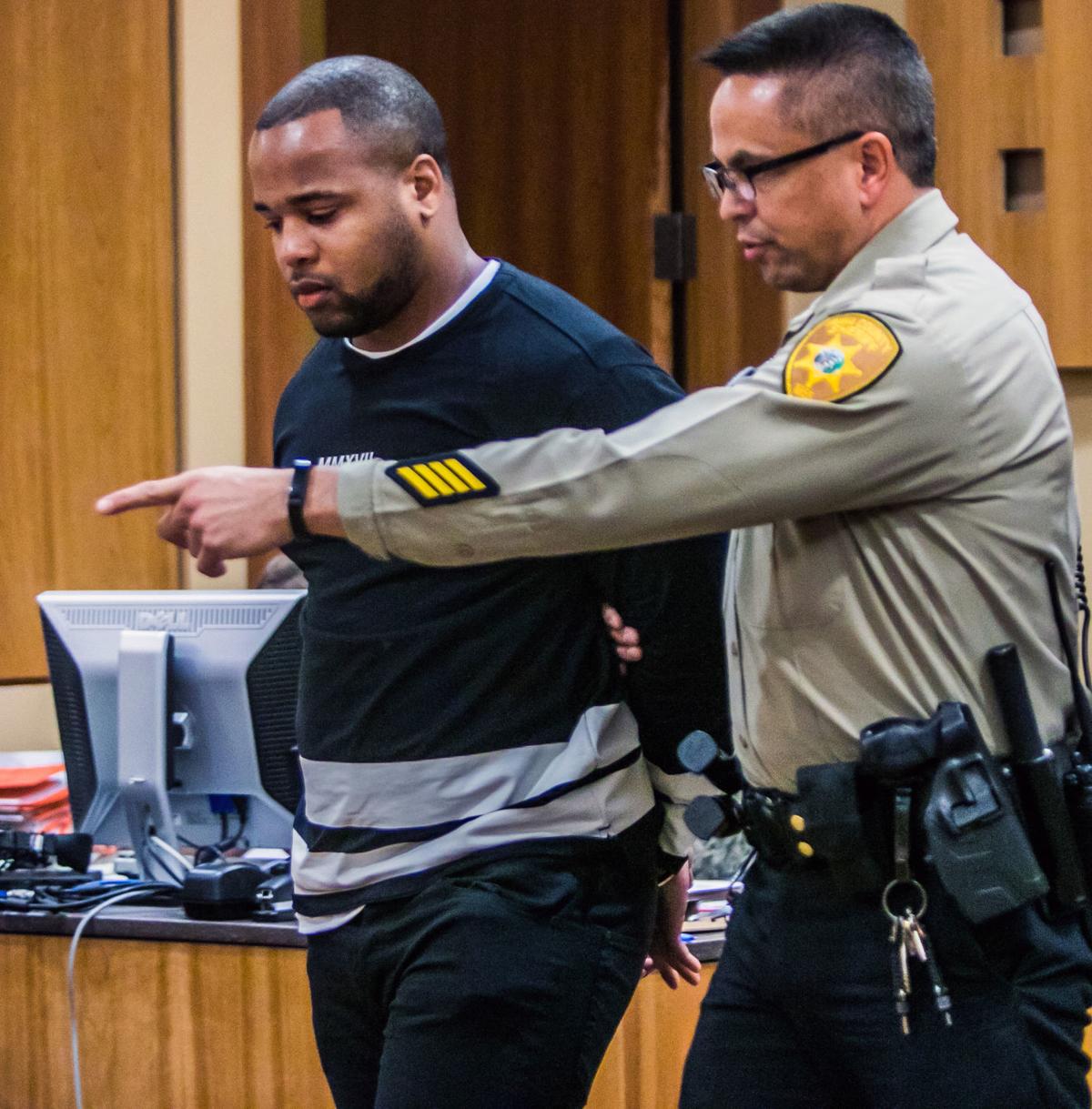 Orlando Bradford, a former Arizona Wildcats football player, will serve five years in prison for two felony counts of aggravated assault. Two of his victims are suing the UA in federal court.

University of Arizona officials have not responded to requests that they detail how the athletic department safeguards students against domestic violence by athletes, nearly a month after the president’s office stated that it offered online and in-person training.

The Star requested access to the UA’s training on Oct. 25 after a flurry of lawsuits and court cases involving UA athletes accused of domestic violence.

The university is required to safeguard students against sexual assault and relationship violence under a federal law called Title IX, which protects students from gender discrimination.

The university did not initially respond to the Star’s request. On Nov. 3, the Star followed up with UA spokesman Chris Sigurdson, who said the request had been forwarded to “the principals” but hadn’t heard back from the decision-makers.

The Star made one more attempt to get the information on Tuesday, but Sigurdson has yet to respond. An email sent to UA President Robert C. Robbins did not receive a reply.

Last month, a woman who was assaulted in 2016 by former Arizona Wildcats running back Orlando Bradford filed a federal lawsuit against the UA. In it, she said school officials knew for months before the attack that he posed a danger to women, but failed to take action.

In February, a second woman whom Bradford assaulted filed a claim against the UA and the Arizona Board of Regents. That claim also said that the school had prior knowledge of Bradford’s violent behavior.

Bradford recently pleaded guilty to two felony counts of aggravated assault domestic violence and is awaiting sentencing on Nov. 20. He faces up to 7½ years in prison.

On Oct. 17, the Star asked the UA to provide information regarding the athletes that have been disciplined for code of conduct or Title IX violations. On Wednesday, the UA denied the record request.

Teri Moore, the UA’s coordinator of public records, said that the school doesn’t track the information by student type. She added that the students’ names are protected under the Fair Educational Rights and Privacy Act, also known as FERPA.

The UA has previously said that it offers online and in-person training “to help prevent and respond to the harmful effects of sexual assault, sexual harassment and gender violence,” adding that the school also has additional programs that departments can request from human resources and student affairs. It’s unclear if online or in-person training is required for athletes.

It’s not just Bradford. Other athletes and one coach have been accused of domestic violence and sexual assault over the past two years.

The following information is compiled from police reports, court records and other investigatory documents:

Former assistant track coach Craig Carter is awaiting trial on charges of aggravated assault with a deadly weapon, threats and intimidation with injury and damage and stalking with fear of physical injury or death upon another.

In an interview with police, Carter admitted to threatening a student-athlete with a box cutter. Carter claimed the two were romantically involved, but the woman has maintained the relationship was not consensual.

The student-athlete says Carter took nude pictures of her without her consent and engaged in physical and emotional abuse for years.

In January 2016, the UA issued a finding of sexual misconduct by basketball player Elliott Pitts and imposed a one-year suspension from the state university system. Pitts was not charged with a crime and was allowed to finish the academic year before the suspension began.

In July 2016, a UA golfer was arrested in Phoenix on suspicion of sexual assault. He was suspended indefinitely from the team. The suspension was lifted after prosecutors declined to file charges.

In September, freshman Wildcats safety Scottie Young Jr. was arrested on a misdemeanor count of aggravated assault with injury. Football coach Rich Rodriguez did not suspend Young from the team, saying that he and school administrators consulted “with all the appropriate authorities, including the dean of students.”

Young is scheduled to appear in a Tucson court Nov. 20.

Size, motor make Arizona Wildcats freshman Ira Lee 'a fun guy to have on your team'

"Rise of the Rainbow Warriors" documents Hawaii's rise, Tomey's departure to the UA.

Wilson is ‘full go’ for Oregon State, his final home game in a promising career marred by injuries.

Ron Bell said he provided Georgia Tech players benefits and flew them to his Tucson home.

Loss to USC on Saturday didn't end until almost midnight.

Here are the updated election results for Tucson and surrounding areas as of early Wednesday morning.

A federal grand jury returned the indictments Tuesday against eight of 10 men arrested in September.

UA commit Brandon Williams is "99 percent" likely to wait until the spring signing period. No word on whether Shareef O'Neal will sign or wait.

Tate has helped buck a long-held trend at a place many in the recruiting world call “USC-erra.”

The Wildcast Episode 41: What you should expect from the Wildcats in season opener Friday, this season

Dominic Baciocco and Justin Spears dive into the Wildcats' official start to the season, basketball beat writer Bruce Pascoe calls in to updat…

Cam Denson should have been looking forward to Saturday.

The show begins at 9 p.m. and will later be available to watch on ABC's website.

The UA is embroiled in several highly publicized court cases involving allegations of violence against multiple Wildcats athletes and one coach.

Bailie Gibson is suing the UA and former assistant track coach Craig Carter, saying that the school failed to protect her.

Police released documents detailing new incidents of abuse against his two victims, including that his roommates — all football players — were aware of the abuse and failed to intervene.

Pastner, now the head basketball coach at Georgia Tech, has filed a defamation lawsuit against a former friend and his girlfriend.

Coach declines to say why sophomore missed spring drills, is away from team.

UA safety's availability for 2018 season still up in the air.

Orlando Bradford, a former Arizona Wildcats football player, will serve five years in prison for two felony counts of aggravated assault. Two of his victims are suing the UA in federal court.