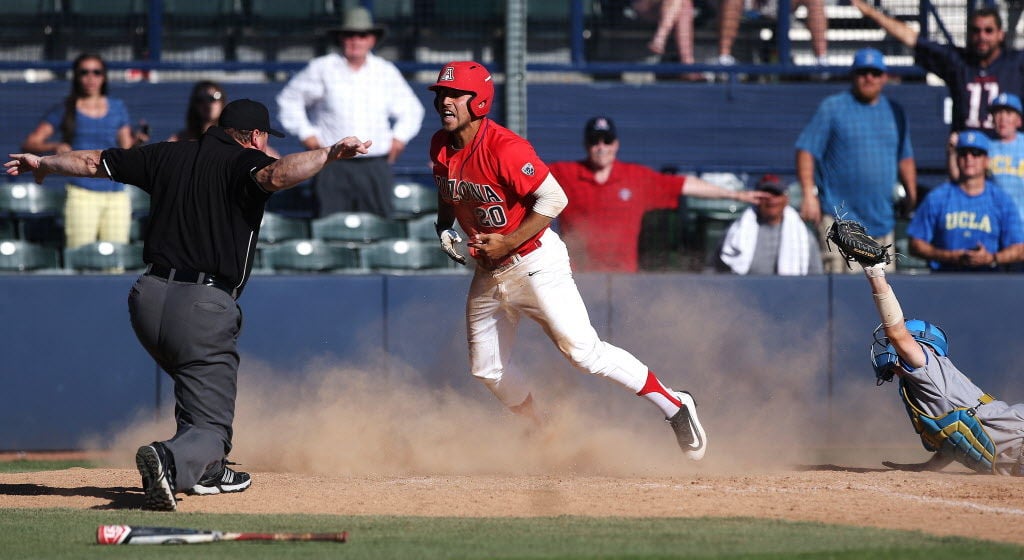 Alfonso Rivas scores the winning run in Arizona’s five-run ninth. The afternoon started with a tribute to a teenage fan who died from a rare form of brain cancer last month. “It’s incredible,” said the boy’s father, who threw out the first pitch. 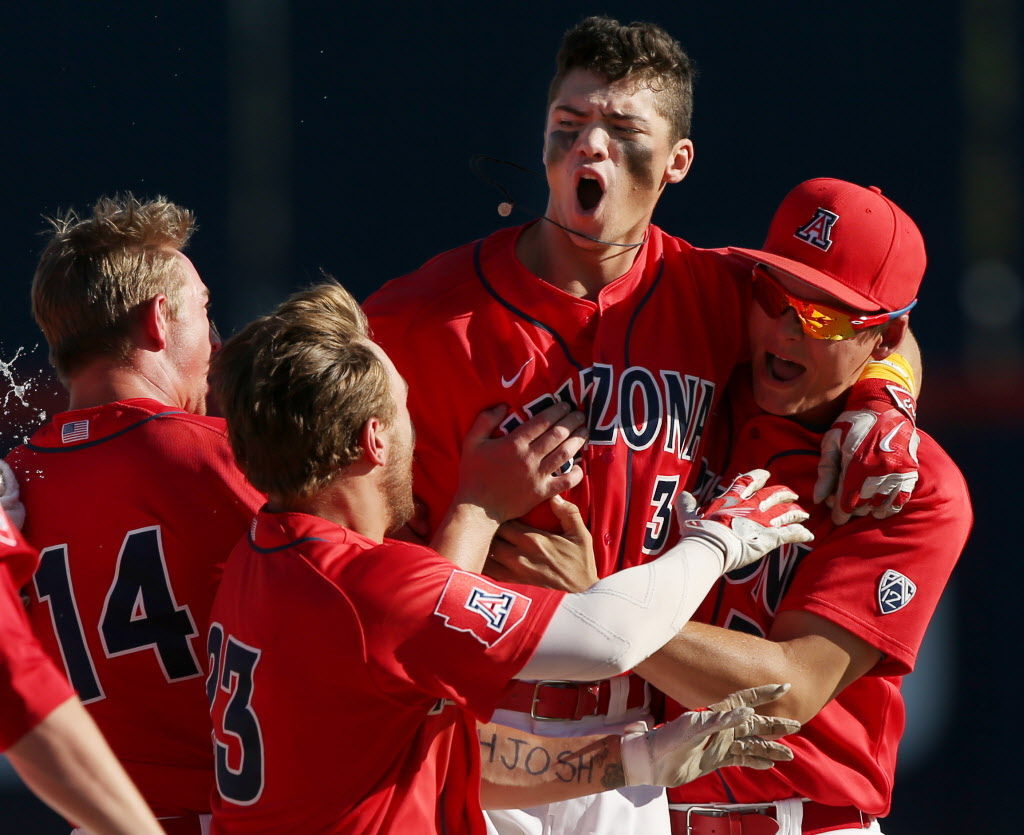 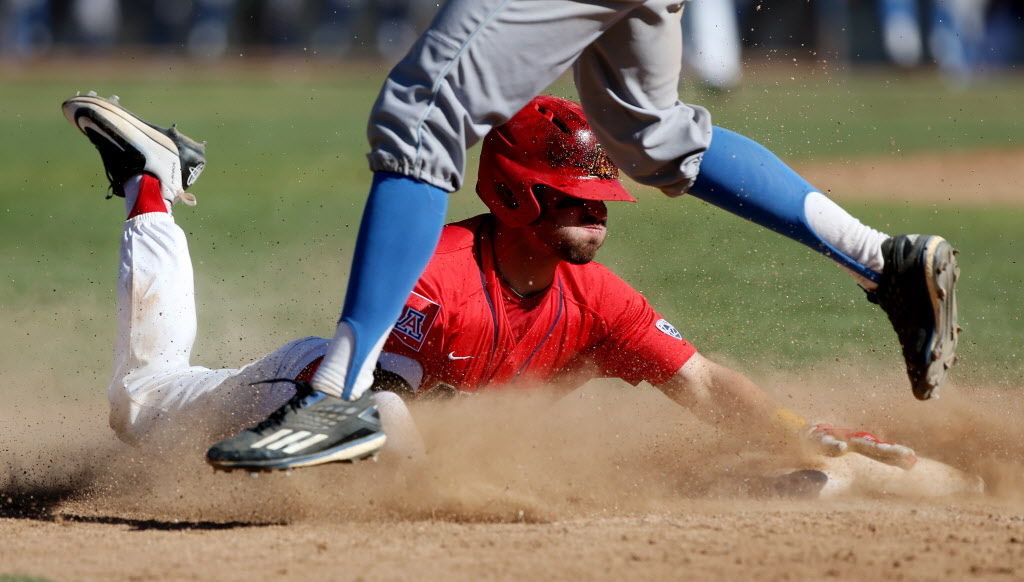 Arizona infielder Cody Ramer slides into first for a base hit during the seventh inning. Arizona scored five runs in the ninth inning, winning 6-5 on another head-first slide.

Jay Johnson was at a loss for words. This doesn’t happen very often.

“I don’t know what to say,” the Arizona Wildcats baseball coach said late Saturday afternoon. “I’ve been a part of a lot of good wins. That’s as special as it gets right there.”

Something extraordinary happened at Hi Corbett Field in the finale of Arizona’s three-game series against Pac-12 leader UCLA. The Wildcats trailed the Bruins by four runs entering the bottom of the ninth inning — and came back to win.

Bobby Dalbec’s double down the left-field line drove in Alfonso Rivas III to complete the rally and give Arizona a stunning 6-5 victory. The Wildcats took two out of three from the Bruins, a consensus top-25 team.

Johnson isn’t prone to grand proclamations. But he understood the deeper meaning of this particular win. Arizona trailed 5-0 through 5½ innings. The Cats scored the final six runs.

“The last four innings, win or lose, needed to be a growth step for the program,” Johnson said. “It was obviously that and a lot more.”

Josh died last month at the age of 17. The players put together a video tribute to him that ran on the new scoreboard before the game. They also wore yellow tape around their wrists in the name of cancer awareness.

Josh’s father, Matt, threw out the first pitch. Matt and about 100 family members, friends and supporters watched the game from the first-base stands. Matt was deeply appreciative of the time several Wildcats spent with Josh, including a dinner and a marathon Xbox session.

“It’s incredible,” Matt Weaver said. “I can’t say enough about them. They are the best group of guys I’ve seen in my life.”

Starting pitcher Cameron Ming, who had become close to Josh and his family, said their plight gave the team hope when the game seemed lost.

“His dad is a very positive guy,” Ming said. “You can learn from situations like that. That gives our team an example of what hope is like. We obviously put that on display in the ninth inning.

“It allowed us to persevere. … We didn’t give up.”

With the score now 5-3, UCLA coach John Savage changed pitchers, inserting another right-hander, Scott Burke. Rivas promptly ripped a single to right, driving in two to tie the game. JJ Matijevic then flew out to right, bringing up Dalbec, who had been 0 for 4.

Johnson, who also coaches third base, chatted with Dalbec before the at-bat. The message: Don’t try to do too much.

After falling behind 0-2, Dalbec took two balls. He then turned on an inside fastball and pulled it into the left-field corner. Johnson sent Rivas, who needed a head-first slide to beat the tag of catcher Jake Hirabayashi.

“I knew he was going to send him,” Dalbec said. “I knew it was going to be a close play. Fonsy’s not as fast as he looks. It was a great slide.”

The Wildcats exploded out of the dugout and mobbed Dalbec, dousing him with water and other substances. His cleat was ripped. His shirt was untucked. Everyone was ecstatic.

“It’s a great steppingstone,” Ming said. “The motto going into the ninth inning was make something weird happen. Some weird things happened. Fortunately, it went our way.”

Alfonso Rivas scores the winning run in Arizona’s five-run ninth. The afternoon started with a tribute to a teenage fan who died from a rare form of brain cancer last month. “It’s incredible,” said the boy’s father, who threw out the first pitch.

Arizona infielder Cody Ramer slides into first for a base hit during the seventh inning. Arizona scored five runs in the ninth inning, winning 6-5 on another head-first slide.