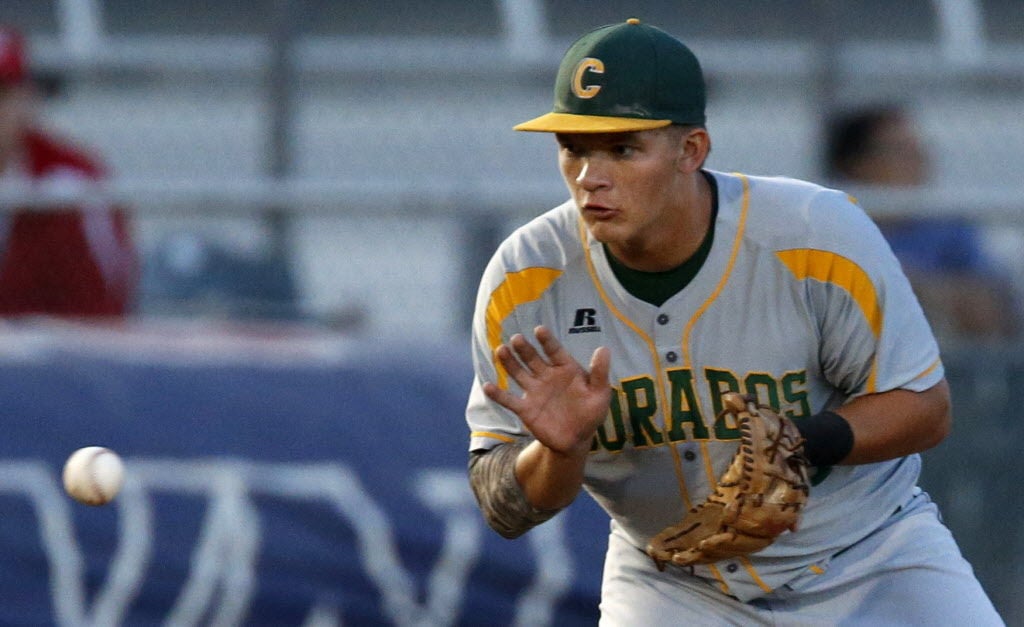 Canyon del Oro third baseman Nicholas Ames fields a ball during Thursday's game against Tucson. Rain washed out all of Friday's softball and baseball games, but play will resume Saturday. 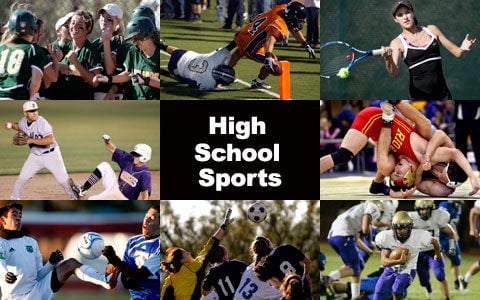 SURPRISE — Walden Grove’s baseball team arrived to Surprise Stadium on Friday afternoon, eager to take the field in the Division III state semifinals with a chance to advance to its first championship game.

Then Mother Nature threw a curveball.

Rain throughout the Phoenix area washed out a slew of postseason high school action on Friday and forced all playoff baseball and softball games to be rescheduled for Saturday.

“They collected lineup cards and the announcers said we were good to go,” Walden Grove coach Rene Valdez said. “Then within 10 minutes, somebody else came down and said we were done.”

The 18th-seeded Red Wolves now play No. 3 Fountain Hills at Surprise Sports Complex on Saturday at 11 a.m. The other Division III semifinal will be going on at the same time, and the winners will play just hours later in the title game scheduled for 7 p.m. at Surprise Stadium.

Two-time defending champion Desert Christian is still set to play Kearny Ray at Maryvale Baseball Park in the Division IV state title game at 7 p.m. while Salpointe Catholic and Tucson High will still face off at Hi Corbett Field on Saturday at 6:30 p.m. to see who gets to face Canyon del Oro in Tuesday’s Division II state final at Tempe Diablo Stadium.

Valdez, in his first year as Walden Grove’s coach, said the delay won’t affect his team. But his players were disappointed the semifinal games were going to be on the practice fields, rather than in the stadium as originally scheduled.

“They’re bummed out we don’t get to play in here,” Valdez said, as his team loaded back on to the bus. “Their thought process is that we wanted to play two games in the big stadium.”

Canyon del Oro third baseman Nicholas Ames fields a ball during Thursday's game against Tucson. Rain washed out all of Friday's softball and baseball games, but play will resume Saturday.