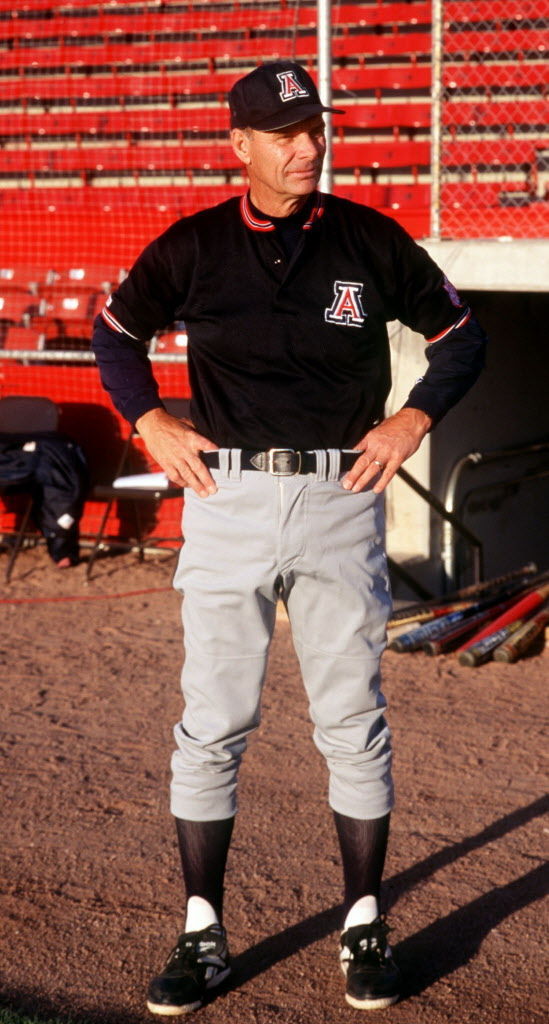 Hall of fame coach Jerry Kindall inspired a legion of players to pursue careers in professional and college ball. 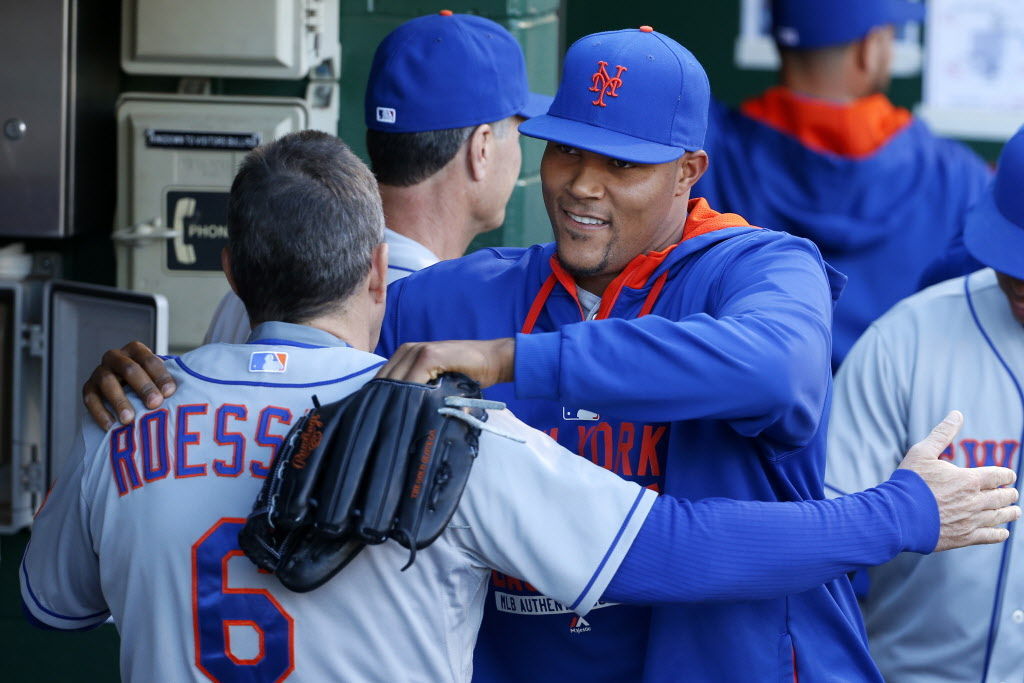 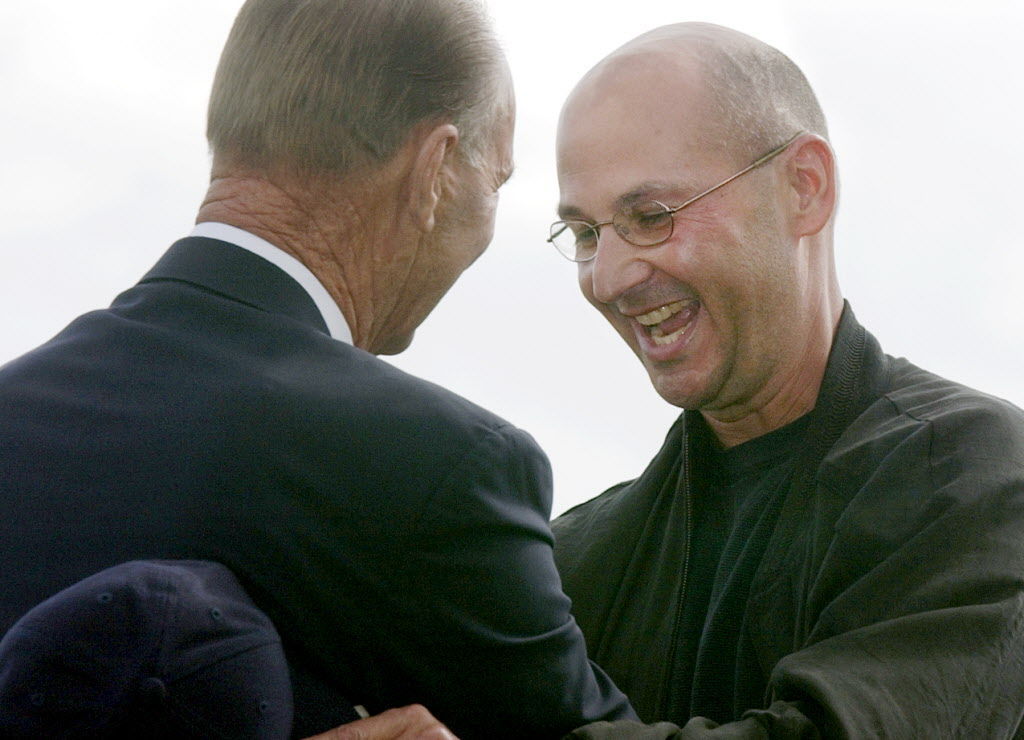 PHOENIX — In the 35 years since winning a national championship with the Arizona Wildcats, Pat Roessler has crossed paths with thousands of baseball players.

He’s managed in Alaska, coached in Montreal, instructed in Virginia and developed talent in New York.

But this week, Roessler — now the assistant hitting coach for the New York Mets — stood in foul territory at Chase Field and reeled off the entire starting lineup from the UA’s clinching win in the 1980 College World Series.

“It was the ‘Dream Team,’” said Roessler, who was a utility infielder on the team. “You don’t forget a lineup like that. Starting in the infield, you had Wes Clements at first, Ronny Quick at second, Clark Crist at short, Casey Candaele at third, Donny Hyman behind the plate. And then you had ‘Tito’ (Terry Francona) in left, Johnny Moses in center, Dwight Taylor in right and Scott Stanley at DH.

“I close my eyes, and I see the lineup all the time.”

Thirty-five years ago Saturday, that lineup topped Hawaii 5-3 in the championship game for the school’s second-ever national title.

“That was a terrific, terrific team,” Jerry Kindall, the UA’s hall of fame coach, said Saturday. “They called us the ‘Alley Cats’ because we didn’t win easily. We had to fight hard, and the toughness of our team really came through in Omaha.”

The Wildcats lost their first game at the College World Series to future big-league pitcher Frank Viola and St. John’s, but rattled off wins over Florida State, Michigan, Hawaii, Cal and Hawaii again to win the title.

The ‘Alley Cats’ needed 11 innings to beat Hawaii the first time and then beat Cal 11-10 in the semifinals on a walk-off hit by Taylor.

“Dwight was such an interesting guy, and such a dear guy,” Kindall said. “He nicknamed himself ‘Fireball.’ On his high school letter jacket that he wore quite often, it said ‘Fireball can do it all.’ We kidded him about it all the time. But that was quite a good comeback in the ninth.

“The shortstop for Cal, a very good player, made a throwing error and then ‘Fireball’ showed he could do it all.”

Francona, whose dad played with Kindall in Cleveland in the early 1960s, went 5 for 5 in the game against Cal and was named to the all-tournament team. Pitchers Greg Bargar and Craig Lefferts and first baseman Clements joined him.

“He won the Golden Spikes that year,” Kindall said, “and was obviously one of our keys.”

Roessler, who still holds the memories of the championship close to his heart, wasn’t a starter on that team. Instead, he spelled Quick at second and Candaele at third at times, and batted .225 in 129 at-bats.

But Roessler went on to be a captain for the Wildcats as a senior and is still one of Kindall’s favorites.

“Pat was an underrated player,” Kindall said. “We just called him by his number, which was six. All the players did it, and then the coaches starting calling him ‘Six.’ I’ve talked to him on the phone and still call him ‘Six.’ He was important to our team because he was so tough. He was a ‘Bear Down’ guy.”

Roessler, who wears No. 6 for the Mets, is one of nine players from the 1980 team still working in professional baseball.

Besides Roessler and Francona, the manager of the Indians, the others are: Candaele, Crist, Lefferts, Moses, Stanley, Alan Regier and Jeff Morris. That doesn’t count Clements and former Salpointe pitcher Ed Vosberg, who both had pro coaching careers. Stanley and Morris were Catalina High grads. Crist came from Palo Verde.

“Bless their hearts; I’m so proud of them,” Kindall said. “They’re all such good guys, too.”

Added Roessler: “Right now, when I look back on that 1980 team and just playing at Arizona in general, I think about all the people that are still involved with professional baseball. It’s really amazing.

“Nearly everywhere you go, you see someone with an Arizona connection. It’s really, really neat.”

The Wildcats beat Hawaii 5-3 to claim the crown after scoring two runs in the ninth to beat Cal 11-10 in the semifinals.

Remarkably, nine players from that team still work in professional baseball. Terry Francona, the left fielder and No. 3 hitter for the Wildcats in 1980, is the headliner as the manager of the Cleveland Indians.

We attempted to track down the current whereabouts of each member of the 1980 team. We were successful on all but four. Here’s a look

Hall of fame coach Jerry Kindall inspired a legion of players to pursue careers in professional and college ball.