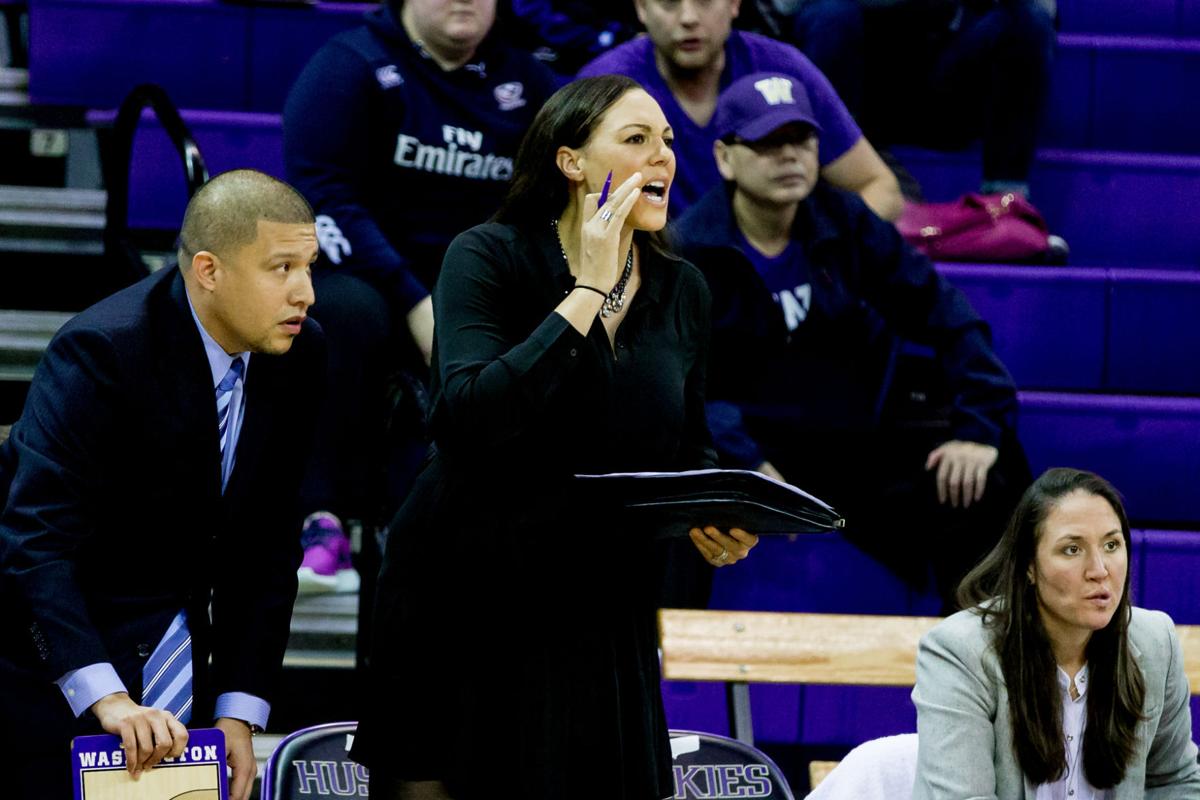 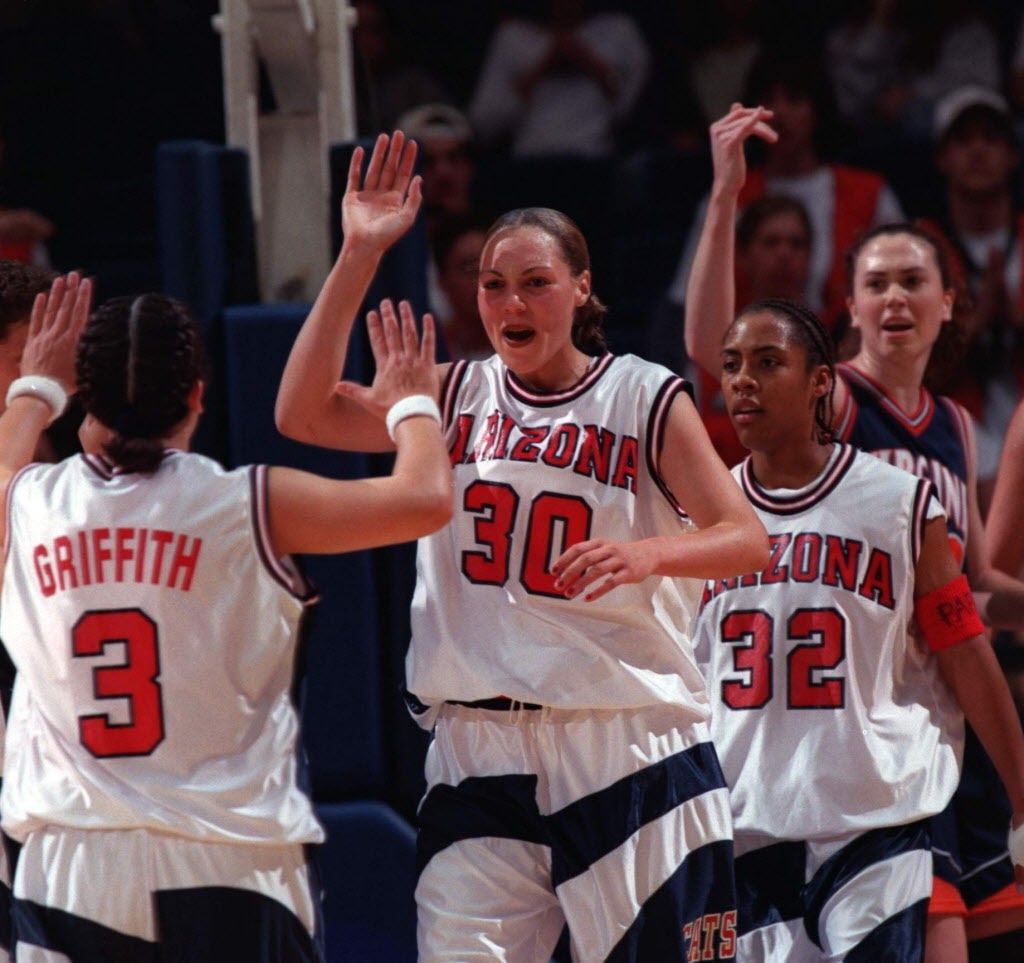 Another first: Adia Barnes, who was the first Wildcat player to score 2,000 points in her career, is now the first former Wildcat hired to coach the women’s basketball team.

At Arizona, Adia Barnes throughout her career had a tendency for accomplishing things for the first time.

For the Wildcats, she was the first player to score 2,000 points in her career; the first All-American; the first (and only) Pac-10 Player of the Year and was a part of the first UA teams to make the NCAA Tournament three years in a row.

Monday, she added another “first” to the list — the first former Wildcat hired to coach the women’s basketball team. UA athletic director Greg Byrne announced that after a month-long coaching search, Barnes was the right choice to replace Niya Butts.

“I’m extremely excited for the opportunity to be the next head coach at my alma mater,” Barnes said in a statement.

The UA let Butts go in March after eight years — and zero NCAA Tournament bids. In all, Butts only finished with one postseason appearance — the Wildcats were in the NIT in 2011. That season was also the only one in which the Wildcats finished with a winning record under Butts.

The News-Press reported on Monday that Arizona also spoke with Florida Gulf Coast coach Karl Smesko but “it never got serious”, according to Smesko. Byrne also checked out other candidates, but ultimately picked Barnes, who he called a “perfect fit.”

It’s unclear what Barnes’ salary will be, but Butts made $210,000 per year as part of a contract extension signed following the 2010-11 season; Butts deal is set to expire in June. According to a University of Washington salary database, Barnes earned $81,606 as recently as 2014.

“Not only are we hiring an excellent basketball coach, who also excelled as a player,” Byrne said. “But we’re able to welcome one of Arizona’s all-time greats back to campus.”

For the Wildcats, Barnes started all four years with the team from 1994-98 and led Arizona in both scoring and rebounding all four years.

After her UA career, Barnes went on to play seven years in the WNBA.

Monday, Joan Bonvicini — Barnes’ coach at Arizona — expressed her support for her former star in a tweet saying she was “so proud and happy” for her and that it was the “right person and right time.”

Bonvicini has long raved about Barnes dating back to her playing days. In a 1997 article, Bonvicini told the Star “I thought she’d be a good player, but even as a freshman, Adia exceeded my expectations. The thing that sets her apart is her personal drive to be better and her ability to put pressure on herself.”

Barnes is fresh off a Final Four appearance with the Huskies, who lost to Syracuse on Sunday. In Barnes’ four years at UW, the Huskies made the post-season all four seasons, including two NCAA Tournament bids.

Regardless, Barnes is confident that the program can bounce back.

Barring transfers, the Wildcats are set to return all but one player — Keyahndra Cannon, who was a senior — from last season, including their three leading scorers in LaBrittney Jones, Malena Washington and Taryn Griffey.

“I believe we can compete for championships in the Pac-12 and nationally,” Barnes said, “and I can’t wait to return to Tucson and get started.”

Another first: Adia Barnes, who was the first Wildcat player to score 2,000 points in her career, is now the first former Wildcat hired to coach the women’s basketball team.